The BrainPort Vision Device aids the visually impaired to perceive their surroundings by enhancing their tastebuds. Consisting of a frame camera and an electro tactile array, the user is able to interpret their environment by feeling the stimuli on the surface of their tongue. More specifically, the pictures captured on the camera that is mounted on framed glasses are converted to a pattern of electronic impulses and then sent to the electro tactile array which is attached to the user’s tongue. The impulses are then sent to the different sensory centers of the brain for interpretation. 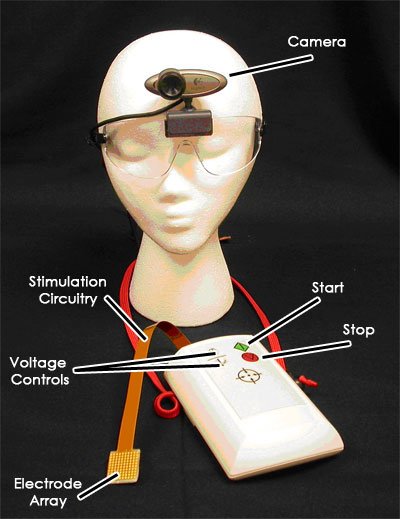 It may seem strange at first, but the visually impaired who have tried this device were able to make out shapes and people after a while of practice. This marks a monumental peak in technology, especially in the sensory aspect.