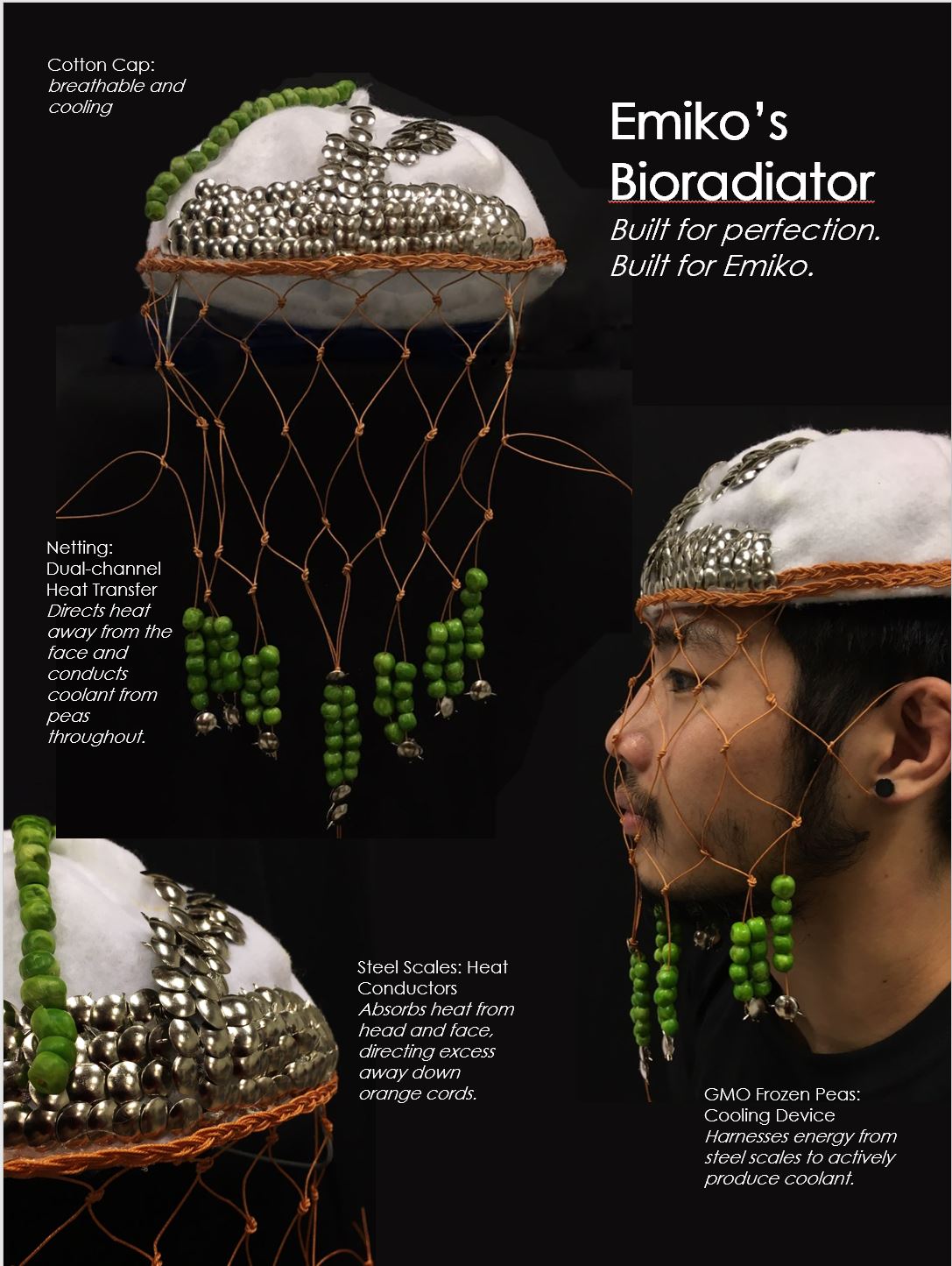 Built for comfort, beauty and thermoregulation.

White cap: made of cotton which is breathable and comfortable.

Emiko is a GM human, and like humans, the head releases the most heat and thus it is important that the cap is breathable. The white material is also ideal as white reflects heat and Emiko would be able to go out in the sun without overheating.

Heat exuded from the head will be absorbed by the steel scales and away from the head. This heat will be centralised at the front of the cap and will be transferred down to the orange cord netting. 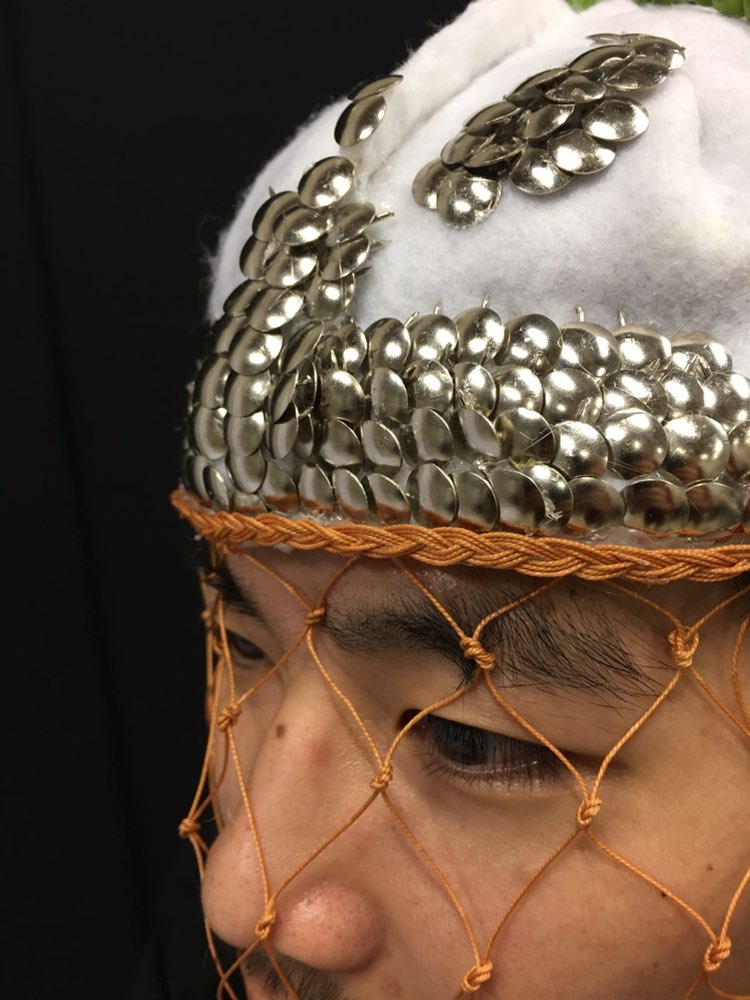 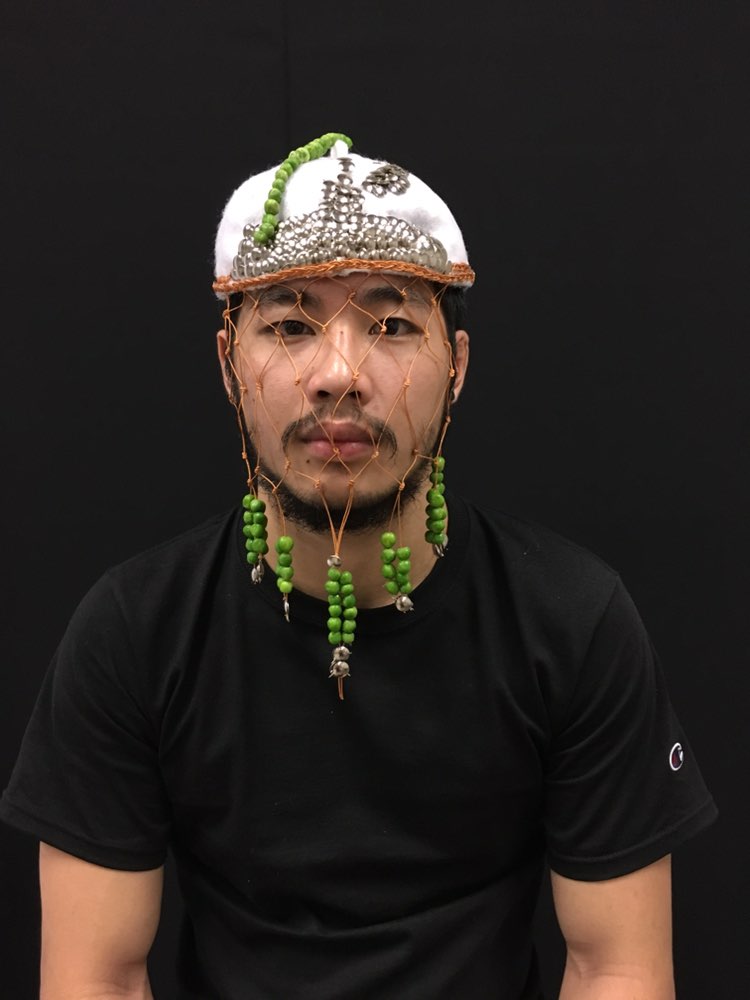 The face also releases a lot of heat thus the spread-out structure of the net allows heat to move outwards. Heat transferred from the steel scales and the face transferred downwards to the peas. Cold produced from the peas is then transferred up the Orange corded netting and to the brim of the cap to cool down the face and the head of Emiko.

The head transferred from the steel scales of the cap and the steel buttons activate the peas to produce coolant. The cold is then transferred up the cap through the Orange netting. 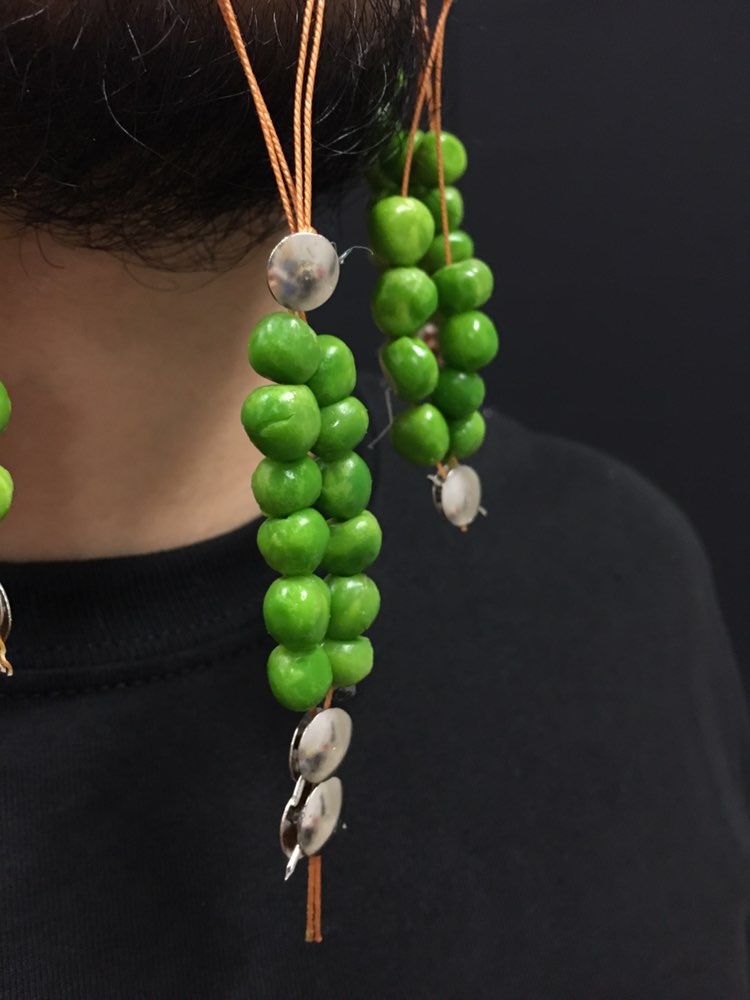 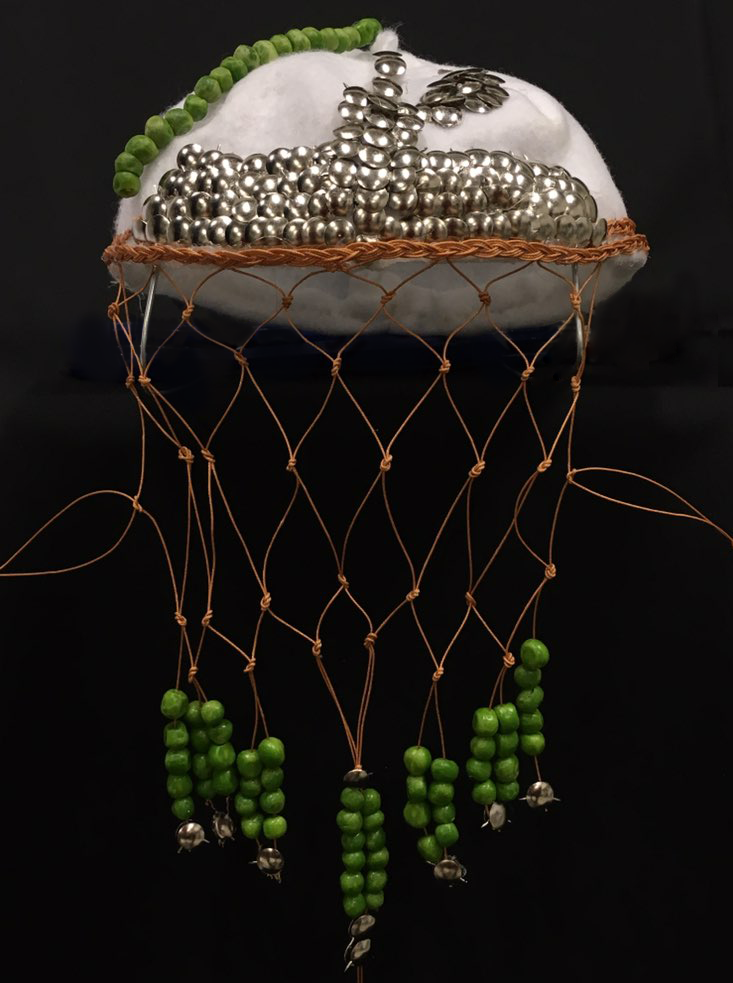 Reflections: I am pleased with the overall aesthetic and the fit of the headpiece. There are elements like the cap and the thumbtacks which I wish I spent more time on but I really like how the peas and netting worked with each other. I had a fun time coming up with the functional narrative for the headpiece to fit in with Emiko’s story and seeing the reactions of my classmates after I fit it on Nic.