Project 1: The Turmoil within a Vagabond (or Flaneur) – Progress

Drawing inspiration from a few photographers – mainly focusing on street photography, I ventured out to the south of Singapore to take photographs, hoping that I’d find quiet, empty spaces and crowded areas as well.

I came up with three possible reasons why we question where we truly belong, and linked these into possible scenarios.

Crowded – Urban isolation; being in a sea of people, yet still feeling alone

Abandoned – feeling so insignificant that we might easily be forgotten

I aimed to capture decadence to highlight the notion of being abandoned, and hence was drawn to exploring ruins that could possibly be found in Singapore. After researching online, I discovered that the burial ground of Sang Nila Utama is surrounded by dilapidating structures, which drew my attention. However, when I visited the place, I realised that the burial ground is now covered and not accessible for the public. Now, a few residents live there in kampung-like houses, barricading the burial ground. Nonetheless, I was drawn to the mossy buildings and the rough texture of the ragged walls, which emphasise its lack of maintenance, thus suggesting the idea of being forgotten. 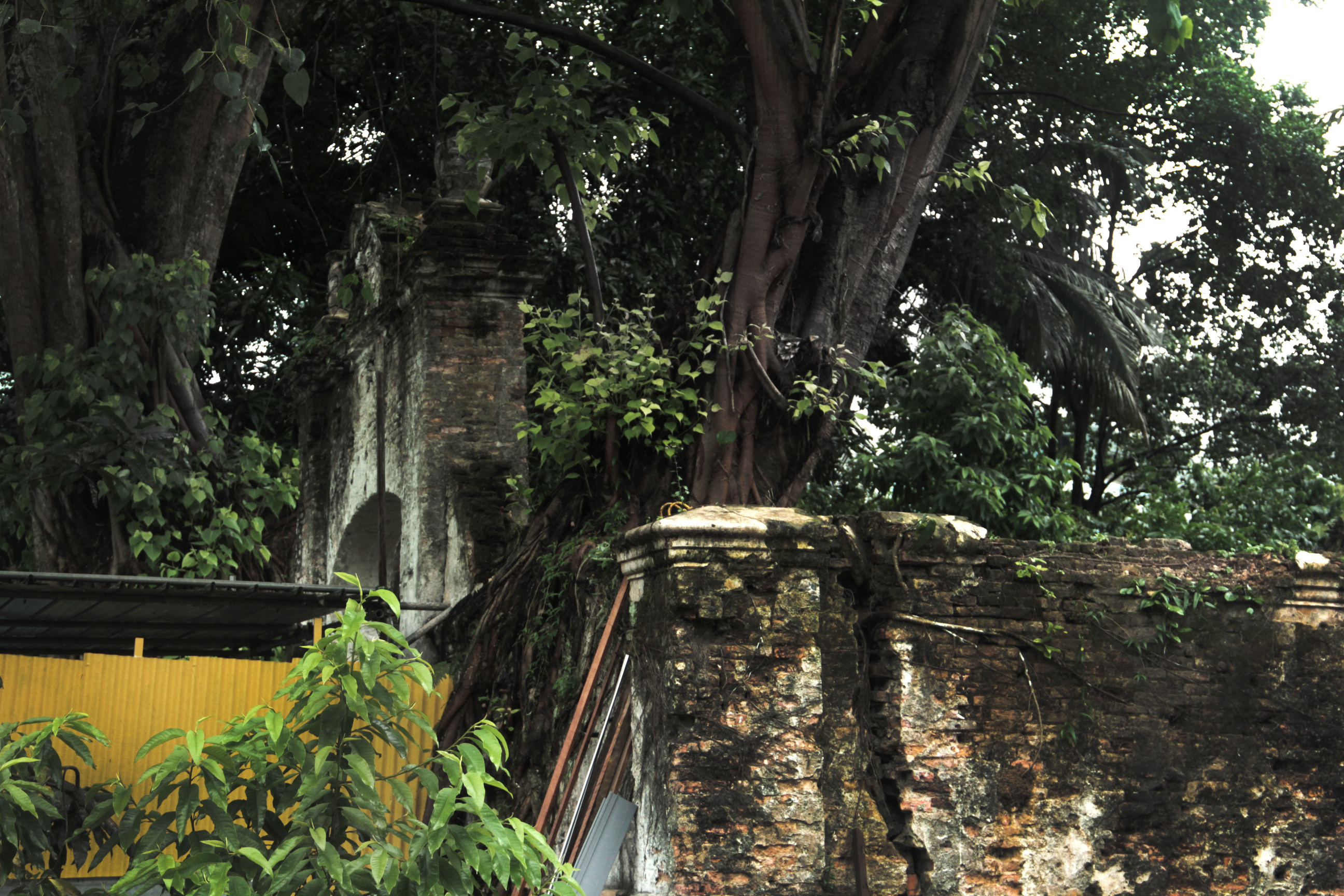 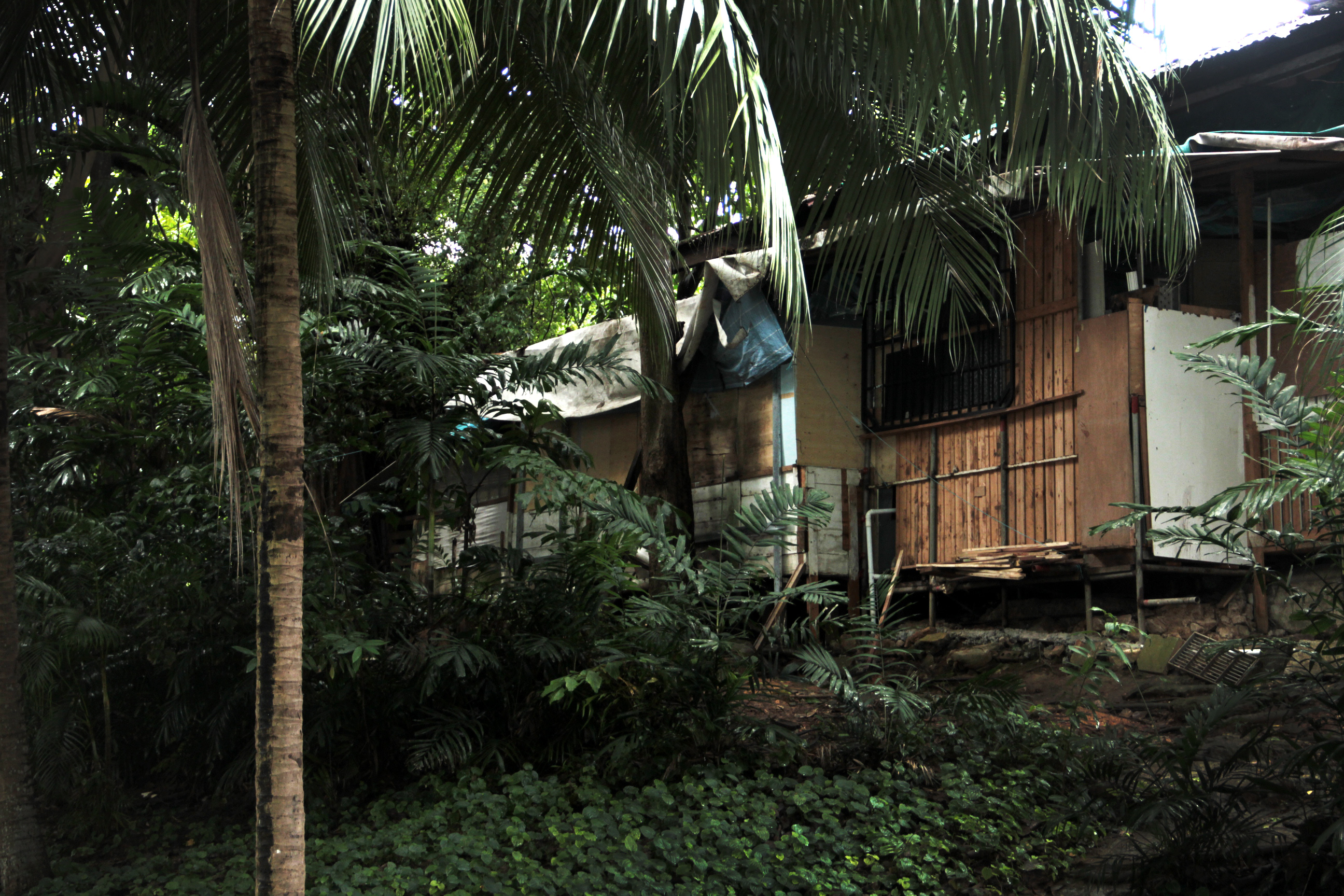 Walking past the area, I was drawn to the lack of activity present in this industrial space. Not many people are seen here, and judging by the condition of the buildings, it is noticeable that the place seems outdated, thus presenting the feeling of the past. Moreover, the architecture and the factory-like location seems quite foreign in Singapore, as it contrasts starkly against the modern metropolis image that the nation portrays. 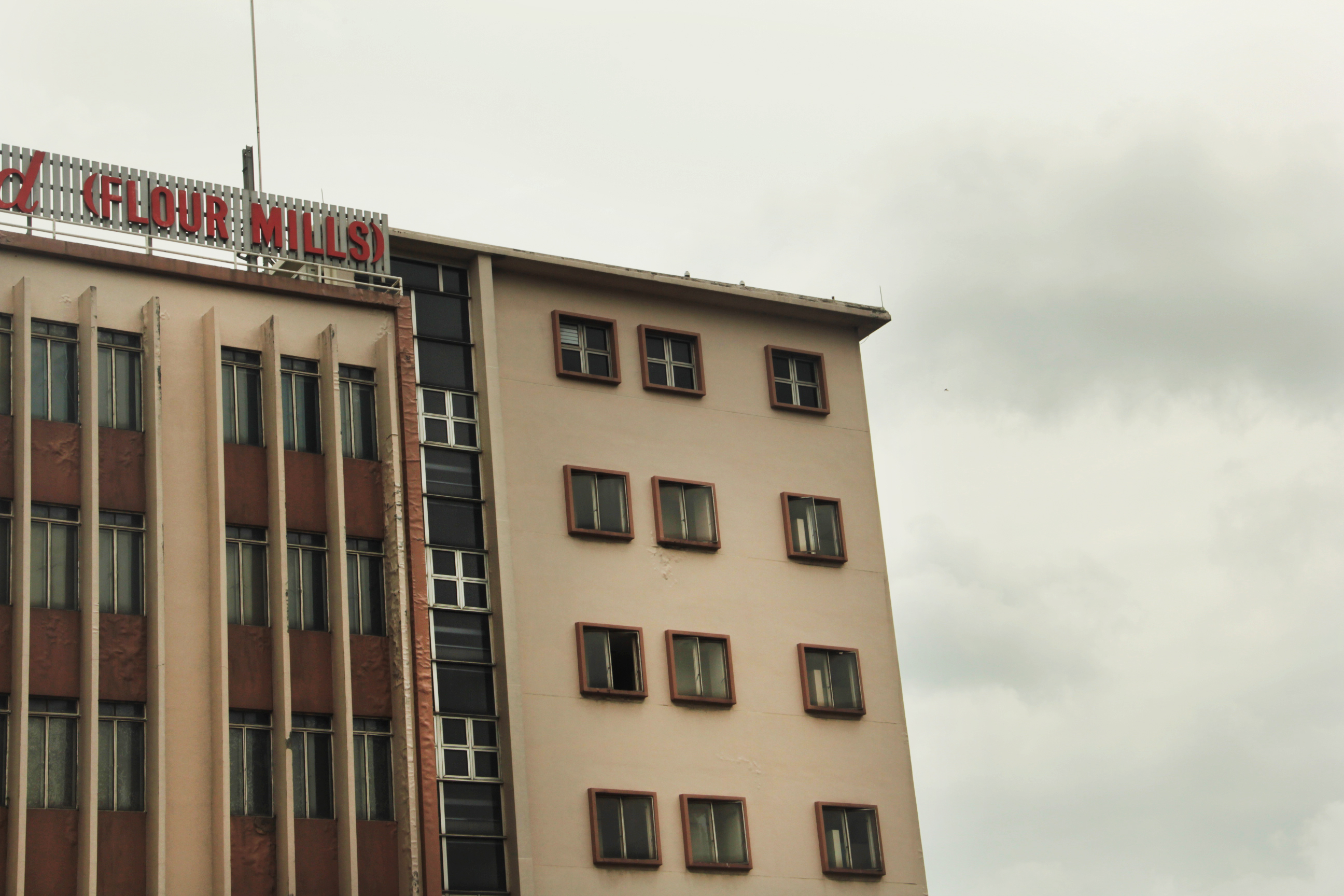 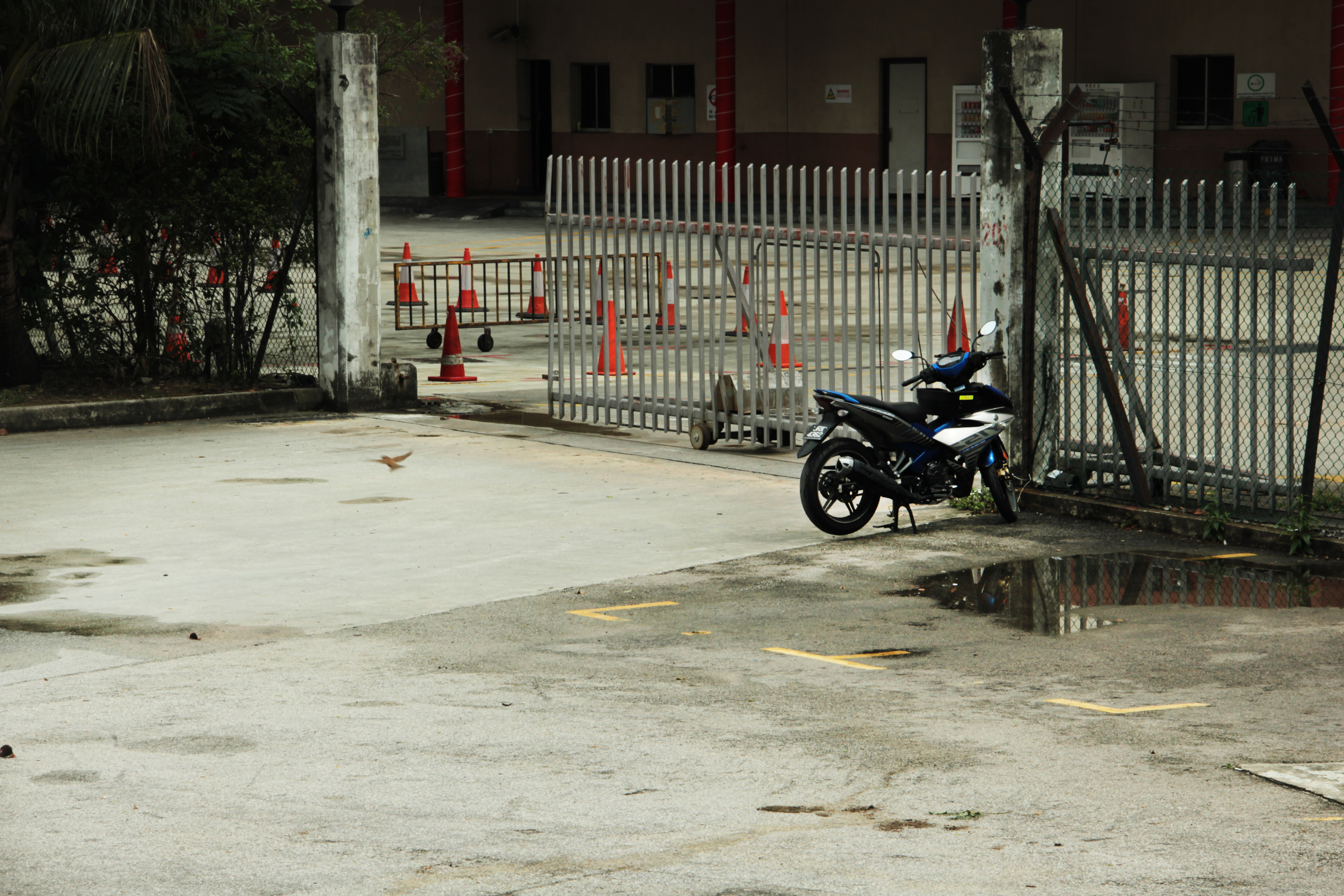 Harbour Front was bustling with many tourists and locals enjoying the festive season of CNY. A lot of people were gathering that day, but I aim to capture the feeling of loneliness in the midst of the busyness. In this attempt, I focused on movement and the idea of people just moving past you instead of walking with you. Other ways I can attempt to capture the notion of urban isolation would be through still photography, which I hope to capture soon. 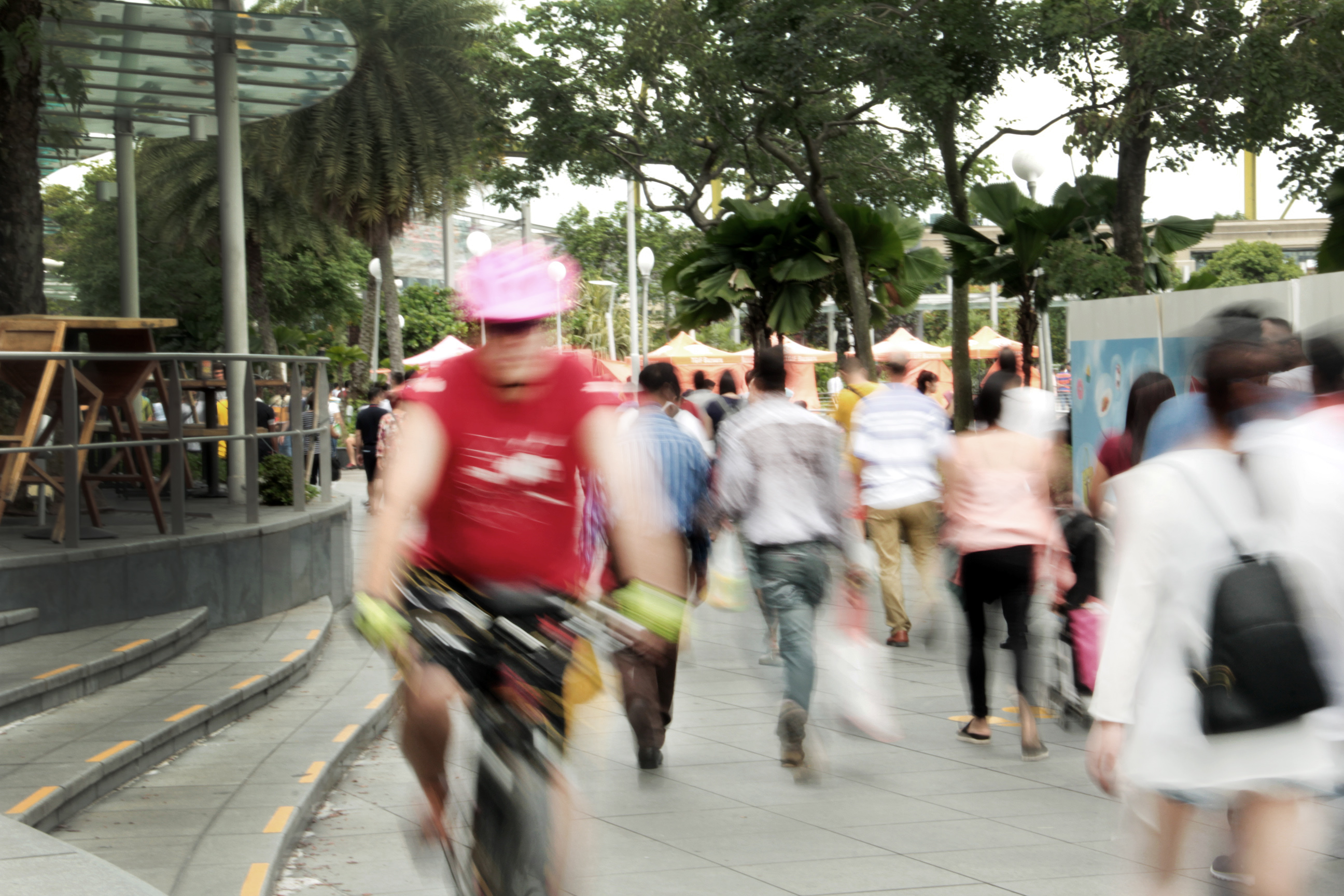 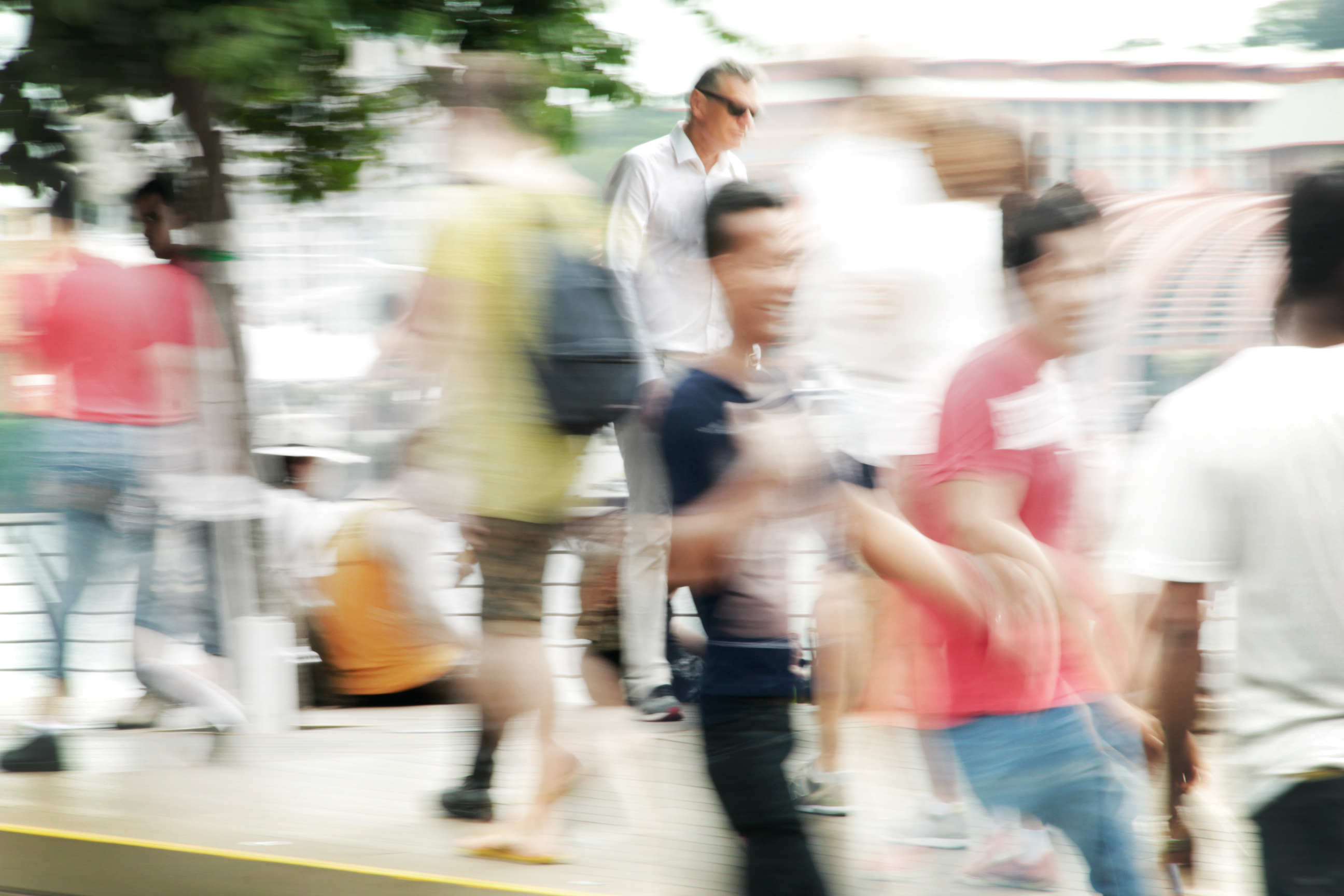 Below is another sequence with three additional photographs with added images. Hopefully they all fit?

Moving forward, I still need to work on my editing, especially being that my photos are in black and white. Moreover, I’ll attempt to capture more photographs that portray the feeling of being hollow.

← Project 1: The Turmoil within a Vagabond – Concept Creation
Project 1: Gift for Client →