When I first get this topic of using an inanimate object to show “life”, I immediately thought about the pen I use daily as my subject. And I wanted it to show symbolize myself, as a student especially an arts stream student who always write A LOT. When chosen this object, the feeling I wanted to emphasis also came to my mind, which is stress and lost which I went through last year when preparing for A Levels.

With the object and concept chose, I started to think about how to make it more interesting and attractive. As the pen contains both the cover and the refill, why don’t I separate them in order to form a new shape, for example…a cross？

This was the photo which I decided to work on initially, maybe just ways to strengthen the feeling involved. With this in mind, I went for a consultation as well as conducted some researches.

HOWEVER, the more I researched, the more I felt..unhappy(?) with the image. It may because that I still do not have a suitable method to express the current feeling (stress and lost), I believe that a good still image is able to make the viewer feel related with it as well as the feelings it contained. Yet, I couldn’t even persuade myself at this stage.

It was hard to change the idea so last minute, and it was definitely a struggle. Although I couldn’t really express stress and lost in my current image, I feel very stressful and lost now.

So I started to think from the object, the pen, and I realized that actually it is not the stationary that I used the most. Especially after the exam period. Instead, I would rather use a pencil to write down notes and practice sketching.

Holding the pencil, I suddenly think about the times when I was drawing without a fixed topic and I just let my mind flow and set my mind free, and some inspirations and ideas will just come to me…

OK I think I get my new topic.

Sometimes it is hard for me to get inspiration, but when it comes, ideas will not stop flowing so easily. 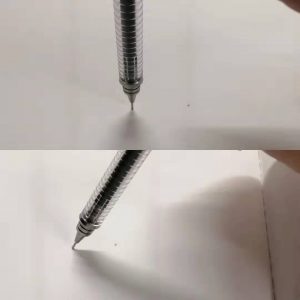 At first, I was holding my pencil vertically so that making it perpendicular with the sketchbook, but I felt it doesn’t look natural enough, so I held it with an angle to make it looks like in the process of writing/drawing. 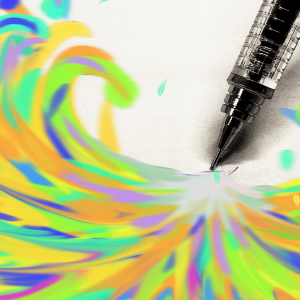 Afterwards, I started to draw short curved lines using different colours to represent inspirations and ideas. I drew it in to make it like water waves as I wanted to represent that ideation just flowing like a tsunami.

[shape of the curves] 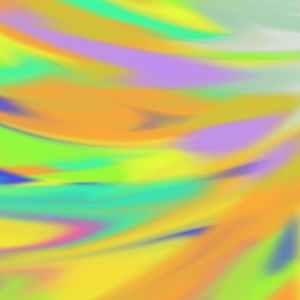 The colourful curves are mainly going upwards to represent the flowing viable ideation. Furthermore, the coloured parts are smudged to signify the ideas can keep changing or merged to form a new one.

[details of the smudged curves] 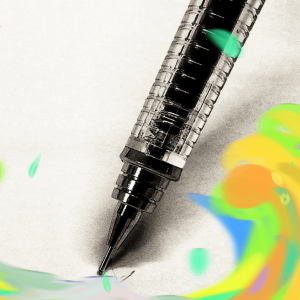 While the pencil remained its original black and white colour, I enhanced the grey tone of it to further contrast with the surrounding lighter tone.

[zoom in to show the grey tone pencil] 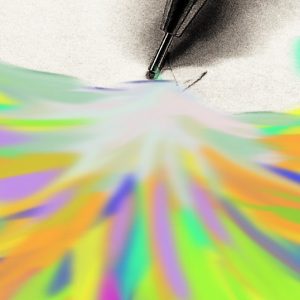 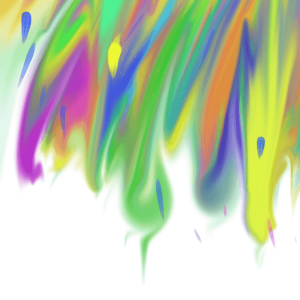 The most interesting part of this image is its irregular border, which I purposely create a feeling of flowing ideation which cannot be restricted or limited.

[irregular shapes at the bottom]

Hence, this image intended to emphasise the difficulty of starting the design process as well as the fluency of a wide range of ideation while having the inspiration. Also, I wanted to express that I wish I could have such a plentiful of ideation.