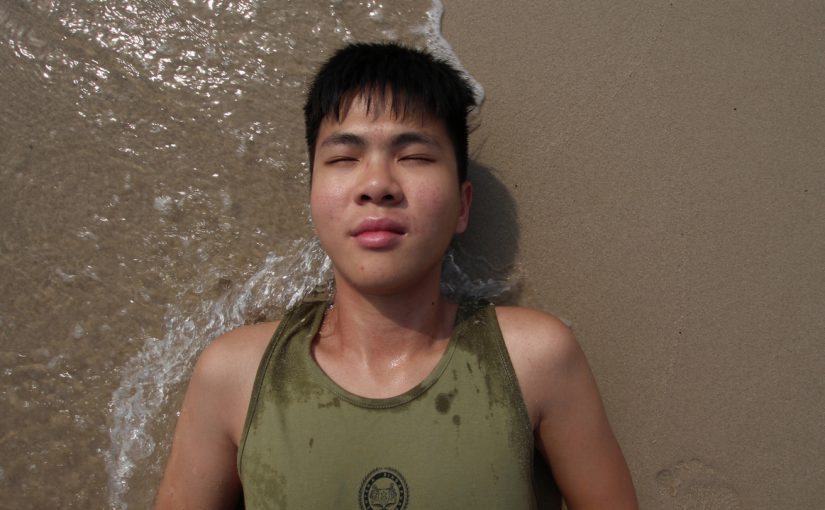 My film was about me going through my dreams. It begins with me falling asleep and appearing on a beach, as though I was washed onto shore. Exploring the dream world brings me to different places

My inspirations was mainly from Foo Fighter’s Everlong. I got the idea of changing the location with my position in the frame not changing from the previous scene. 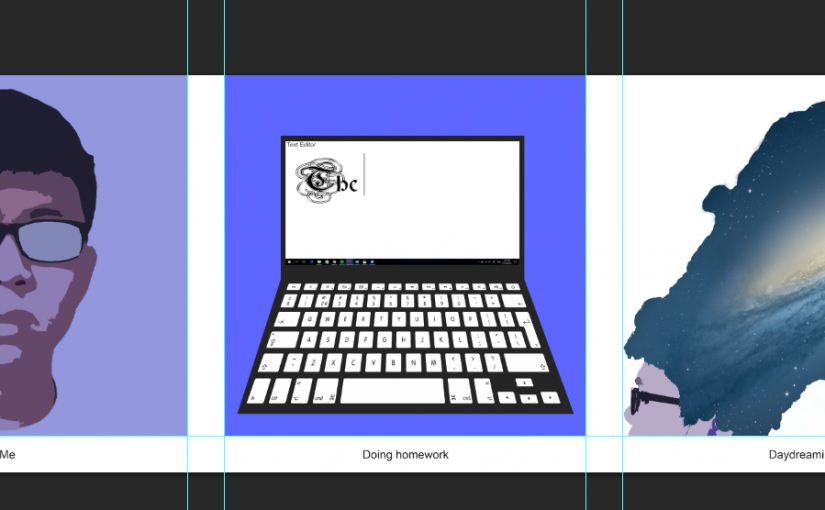 I struggled quite a bit with the start because I didn’t really have a clear concept in mind. I researched a few artists but I wasn’t confident in replicating their style, so after a while I just forged ahead and tried to make something nice. 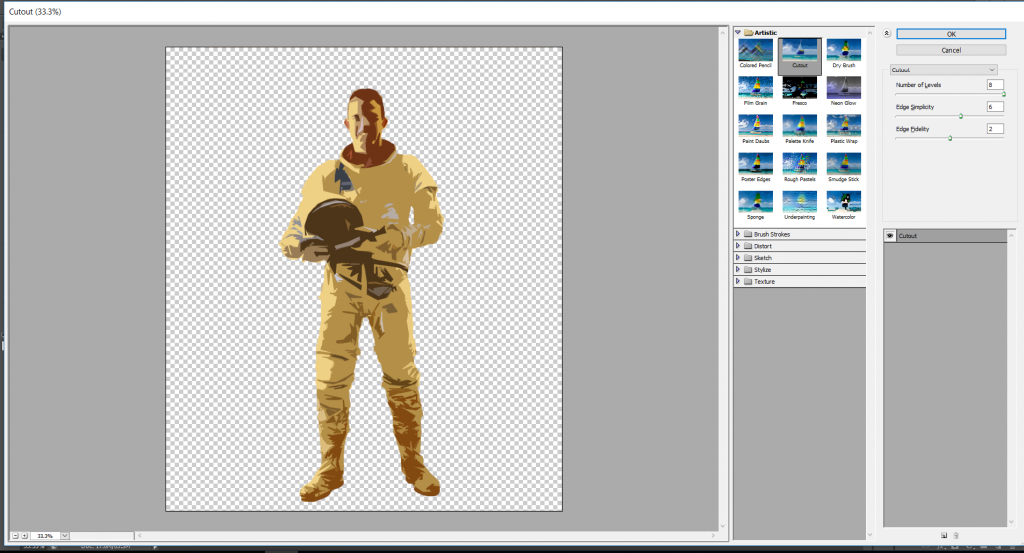 I experimented with Photoshop filters until I found a look that I liked, using the cutout filter. I worked with a spaceman because it was one of the few concepts that I had. 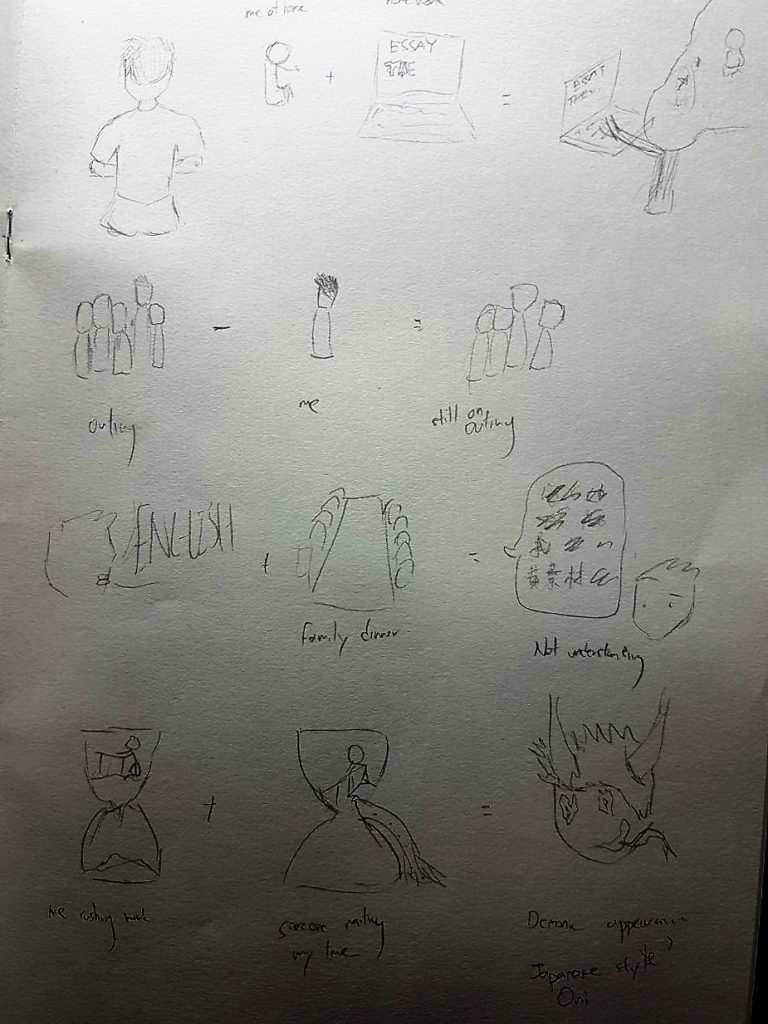 After that, I focused on sketching out some concepts to work on. Each equation was based on a certain emotion as that made it easier for me to work on them.

So starting with the daydream equation, I took a photo of me and applied the Photoshop filter while editing the color to make it blue. Made the laptop with shapes and images. The cloud like galaxy that indicates I’m floating around in my mind was made by masking the galaxy image and tracing a image of a cloud so that the galaxy image would take the same shape as the cloud. 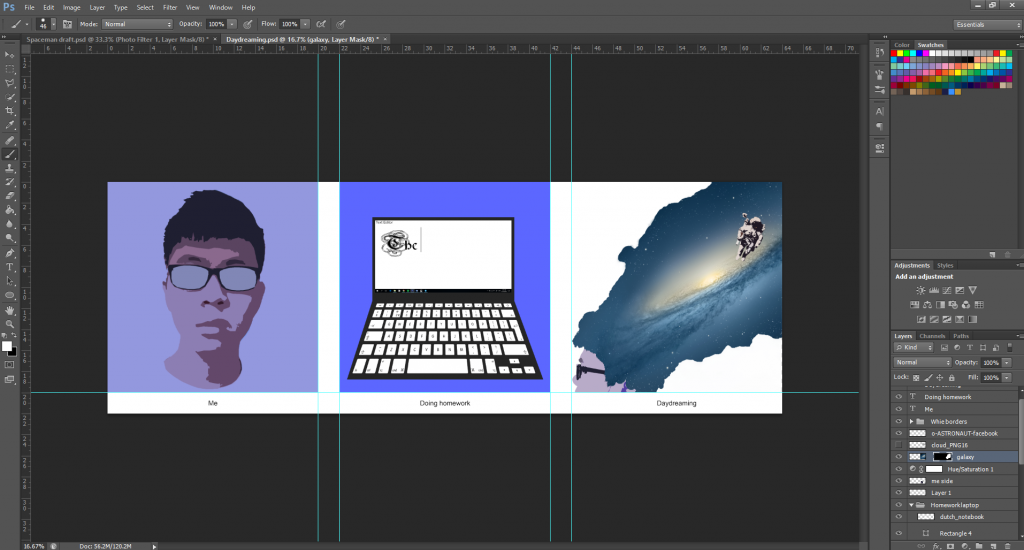 The next equation was based on presence and the emotion was more sad. Relatively simple to make. I found a image of me with my friends and added the filter to replicate the effect from the 1st equation. Then I lasso-ed myself out and added a textbox behind the image. 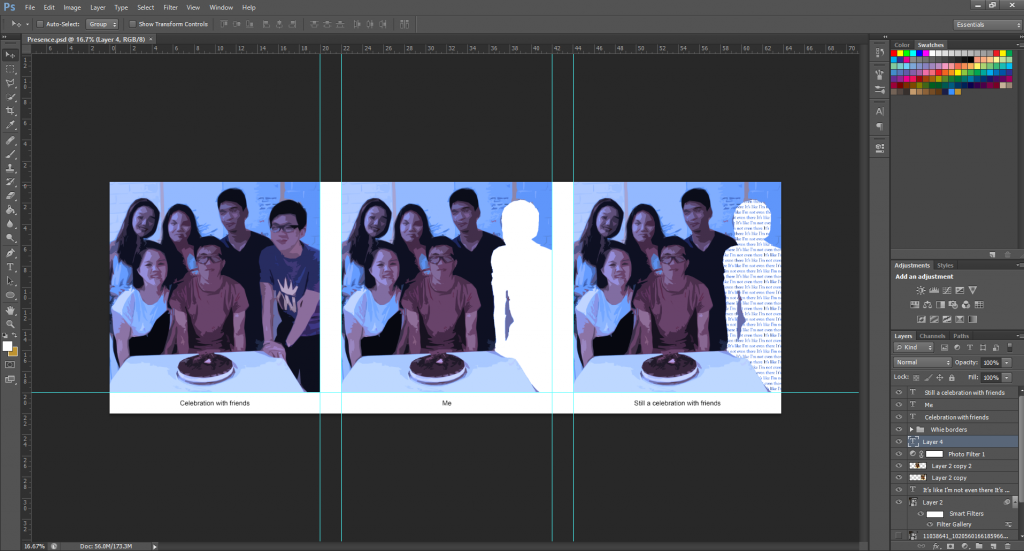 This equation was based on the feeling on annoyance. I applied the same filter on the image of my head but adjusted it to be orange. I wanted my relatives to look different from the filter so I threshold-ed the images instead for a stark black and white contrast. The Chinese characters were crossed out by a white brush to illustrate me not understanding them. 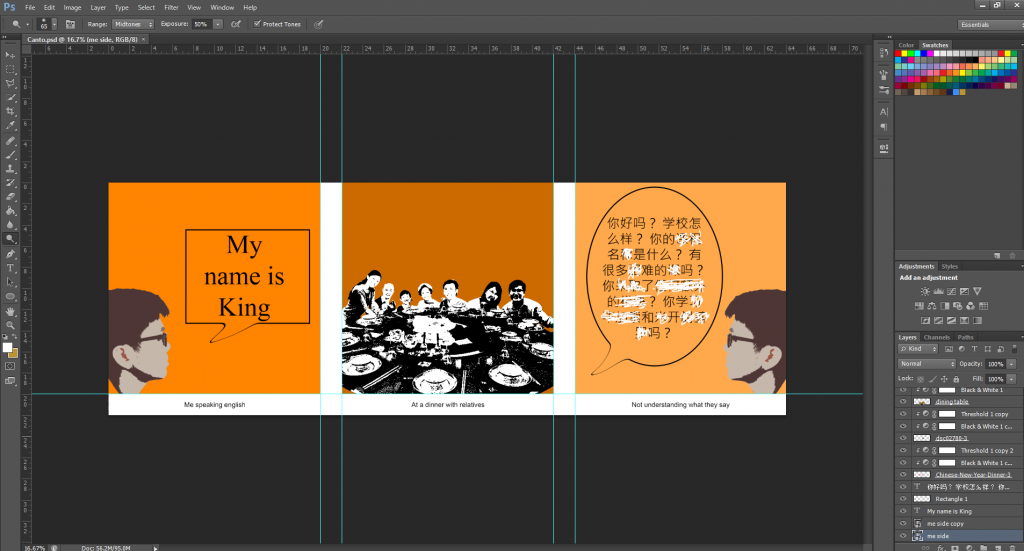 The last equation is based on anger and since it involves the wasting of time, I used an hourglass to signify time. I made the boy inside the hourglass from images I gathered during project 2. The broken glass was done by just rasterising the hourglass and lasso-ing parts of it out. I took an photo of my own face and applied the smart filter while also adding horns that were lasso-ed out from a statue. A red filter was added to enhance the emotion. 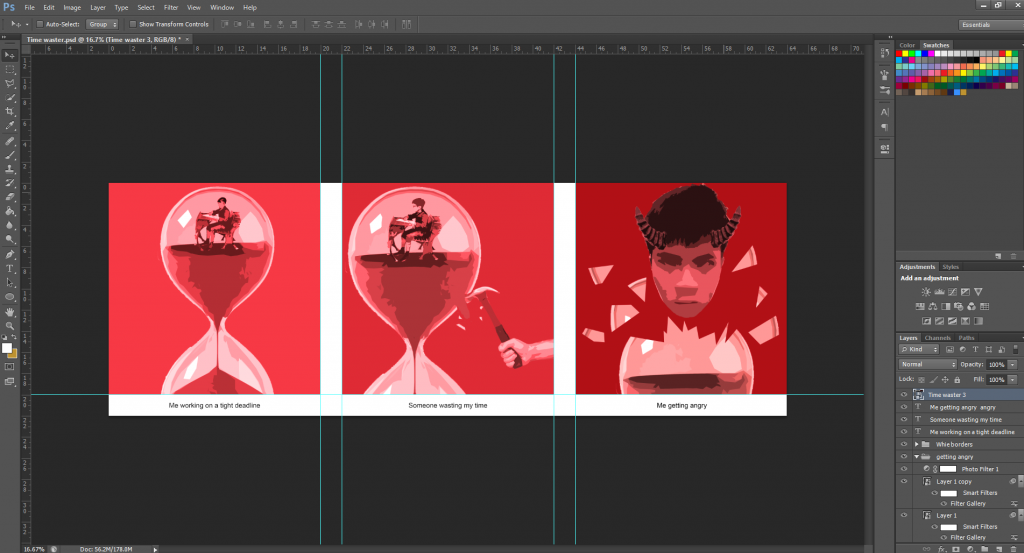