From the interview, I thought that the members of second front in real life were just as interesting as their avatar characters. In fact, the more that they spoke, the more it felt to me as if their avatars were extensions of themselves. It was really cool to interact with them in the chat section and to hear their answers to our questions as it really gave me a clearer idea of their thought processes and backgrounds. 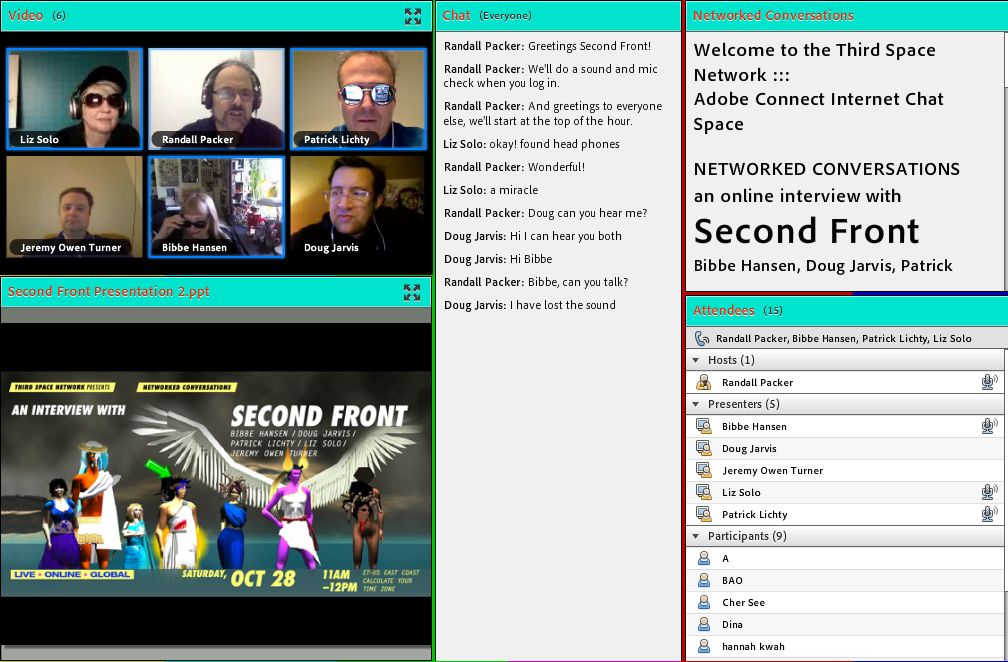 These were some of the burning questions that I had for the Second Front:

Do you get any backlash from the game creators and other players?

Just like the videofreex going against the authorities and creating their own pirated television, I was wondering if the Second Front went through the same troubles.

The answer I expected was that, yes, they did get backlash from the game creators for obstructing their game environment.

The environment (second life is NOT a game) creators were cool with them and it was instead the players who reacted more strongly against the Second Front. It makes me think that the players are given so much power to create their environment and control that they took on the role of creators and authority figures much more than the Second Life developers themselves.

In the year of 2017, where social media is so prevalent and more people have a voice (whether they use it for positive social change or not), I truly commend Second Front for being so ahead of their time and initiating a culture for performance art in the Third space. It is also encouraging that they are still here working together after 11 YEARS?! and they are still so passionate about what they create.

Jeremy Owen Turner: immersive VR is the next frontier for Second Front…worlds like High Fidelity, Sansar, and VR-Chat….

Looking forward to what they would create next!