Generally my story aims to dig on my personal understanding of love and freedom.

My Storyline has 2 sequences that develop simutaneously  yet one is in slow motion which indicates memory and the other one flashes in between the first one, which represents the hint of interference in the character’s brain. Finally the character stands in front of the mirror and finds out the one inside isn’t her, but is me. Actually, I arrange this story such that the it is just me alone from the start and the girl is just my imagination. Or in another word, my reflection.

From the start, I am trying to develop a girl with every single character that attracts me. She’s Gentle, Genuine, merciful, empathetic and adorable, but as the relationship goes on, the argumentative and unsettled side of her gradually drains my love from her and I finally decide to tolerate her no more and chase after my freedom.

However, when I am calm and think over our relationship. Indeed her argue is because of my indifference and her unsettledness is due to my impatience. Every lovely side of her reflects how desperate I desire to be loved and every flaws of her reveal every flaws of mine.

Actually the greatest freedom is to understand and to forgive.

Inspiration: Basically I draw the character inspiration from Leon, the Assassin. The reason I chose him as my alter ego is because every character who has affinity with me share several things in common. Lonely, sensitive, crave for freedom yet desire to be loved. One thing special on Leon is his awkward relationship with Emma and that’s what I want to further explore.  In the movie, Leon was inexperienced, sentimental and severely isolated from the real world. He also serves to illustrate the divergence between Emma’s dreams and her reality. This divergence forces Leon to conform to her idealized concept of a lover and caused Emma’s predicament. In my story, I also share the same dilemma with Leon. I felt panic and finally become impatient with the endless requirements from my imaginary girlfriend.

For the shots, I mainly use close shots on the character with slow motion to reflect my affection on her or can say, myself. I draw reference from Leon which appears to have massive number of shots on facial details of Lando to magnify her personality and Leon’s affection on her. 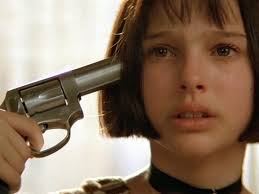 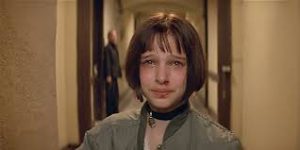 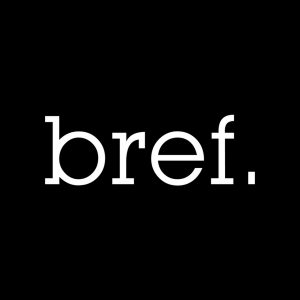 For music selection, I chose the nocturne ( Claudio Arrau ChopinNocturne 2 Op.9 No2) to show the peaceful atmosphere and solitude emotion. Behind the peace, there is a sense of lost which perfect fit the mood of the video.

Initially I plan to add in voice over but I don’t want to interfere with the mood created by the nocturne.

I decide to leave the video without adding any effect to keep the crudeness which is what human eye see originally.