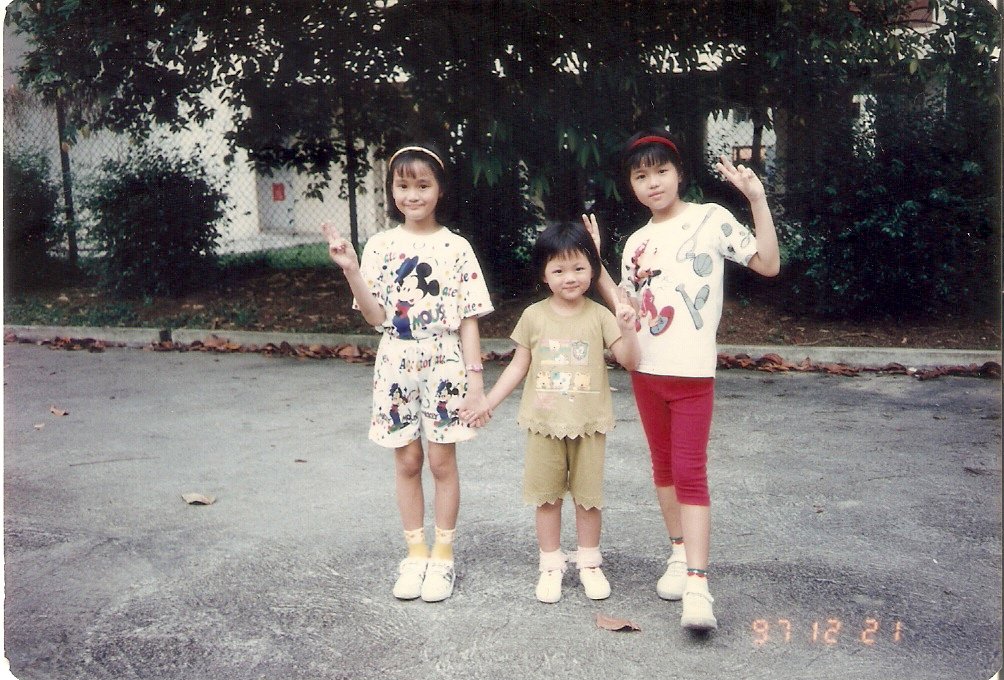 So we were supposed to look at our old photos and attempted to re-create them. Here are two photos I took with my siblings at church. I loved the space and garden and especially the mango trees growing at the back. For both the photos, I believed it was shot on an automatic film camera. It probably have quite a wide focal length, probably at 24mm or maybe 35mm. 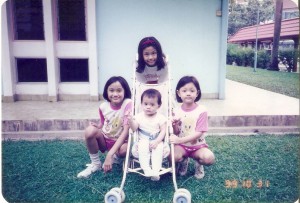 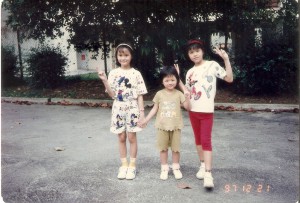 The shadow looks downcast and minimal, so it might have been taken in the late afternoon, closer to evening with overcast sky. That probably allowed the shadow to be soft.

For the first photo the whites look slightly purplish, I have no idea why. Maybe the greens faded? I don’t know. Explanation anybody?