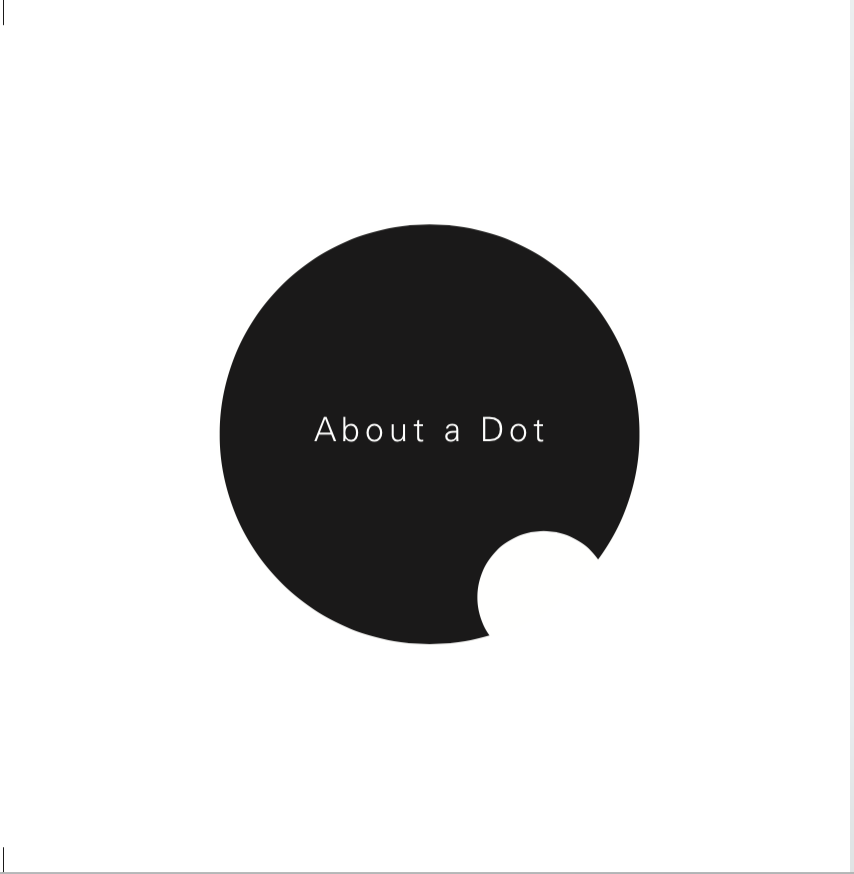 The first few weeks were spent on thinking about the metaphor we wanted to explore. I spent those weeks thinking asking myself, what do I want to work on? What matters to me?

My personal stake in the project:
The timing was quite coincidental too; It was near the start of the semester and as I do each new semester, I resolved to be better at design and life in general. I’m a rather petty and jealous person sometimes, but I was tired of being like that. I wanted a way to improve together with people and not feel like I was in competition with everyone all the time. It was exhausting and honestly, not very good for someone’s mental health. The metaphor project came at an interesting time and I thought that it would be an interesting way to learn more and be able to think deeply about something I care about. So, this semester, I learnt to help put aside my ego and instead, attempt to make more connections with people and support others and myself too.

The metaphor I chose was insecurity. In dictionary terms, insecurity is defined as “uncertainty or anxiety about oneself” and a “lack of confidence”. There were many posts online about the kinds of insecurity people faced and the methods of dealing with it. How was I going to talk about all of these insecurities? In the end, I focused on finding a metaphor for the general feeling of insecurity.

When you are insecure about life, it feels like:

Insecurity is like… running a half-marathon?
My first metaphor equated insecurity to the stages of running a half-marathon. You start at the same line but somehow some people end up in front of you, you get so tired and somehow you have to keep pulling yourself along, you’ve got this because you trained for it, and somewhere along the way, you feel it might be okay, you’ve got this.

Well, it ended up being a little hard to explain what exactly about running the half-marathon is equivalent to insecurity. It felt a little flat so i abandoned the idea.

Insecurity is like… termites.
This idea came to me in that short moment before you fall asleep. So I literally shot out of bed and wrote stuff on a note pad before going back to sleep. Why are termites like insecurity? Here are some nasty facts about termites from my research:

Insecurity is similar to termites because:

The first idea was to create a game as a final deliverable, using Lightwell, a program that allows you to create games without coding. After facing some technical difficulties on my laptop in the first few weeks and realising that creating the game would instead require more resources or knowledge than I had, I reluctantly dropped it. However planning through the game gave me certain insights into the nature of insecurity and how I intended to talk about it.

The game required a storyline and characters to be designed in the initial stages. The main character was supposed to be a termite hunter who navigates through a path of complex pathways, battle termites, and somehow have to be better than the competitor that always seem to be doing so much better than you.

Along the way, the main character gets discouraged and tired and your words are supposed to help the character power up as they finish different stages. Each stage would lead them to a powerful weapon to aid in their journey- such as a sword of self-acceptance or a mace of self-approval- and would be a quality that each stage would try to help instil in the player. The twist in the game would come when you realise that you have to work with your competitor to defeat a final boss instead of having to defeat it along, thus promoting the idea of connection and companionship through the struggles of insecurity.

This idea was scrapped ultimately.

Certain takeaways I got from reading about games and gamification in design are:

In brainstorming, I considered several other mediums:

I eventually went with option 4- a book.

For the content of the book, I looked at the stages of insecurity as a cycle and they are:

3. The Journey
a. Forgiveness (of self and past)
b. Acceptance (of present and future)

This should be seen as a process of actions to take when faced with insecurity. Healing does not occur in a linear timeline similar to the one given above but that’s okay. Therefore, in the book, I decided to give myself some parameters to follow for a cohesive final look.

The draft still felt as if there were too many elements in it. It was clunky and not very aesthetically pleasing. The first chapter had too many pages and it could be very draggy as a book.

When I went back to reflect on why it wasn’t working and through consultations with Nanci, something came through. There were some images of dots and lines online by Korean students. She also showed me the book “Flight of fancy” by Bruno Munari when he connects dots and lines to create simple yet light-hearted stories. Their simple use of dots to tell a story inspired me and made me realise that, in my piece, it is ultimately the storytelling that was most important. No matter the medium, the story it tells matter most. I didn’t want to just design dots base on post from Pinterest. The dot- a circle- meant something to me but I couldn’t articulate it. I went to look at more books and came across another of Munari’s book, Square Circle Triangle.

The circle has taken many forms throughout history and Munari’s book explores the various ways that it has manifested itself all over the world. 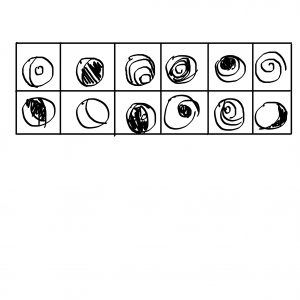 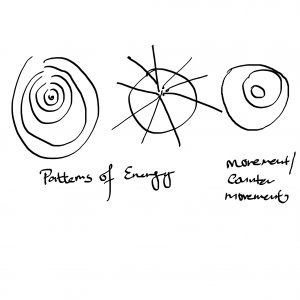 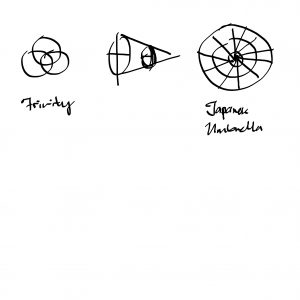 From this research, I reflected on what the dot means to me and came up with another set of parameters when designing the book:

In the end, I did away with the second parameter too and decided that only the circle could be used to design the entire book.

The link to the book can be found here:  https://issuu.com/fernandezleong/docs/dot_book_pages.4_lowres 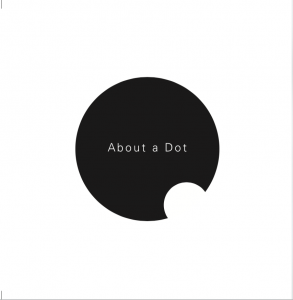 The dot in the book is the simplification of a human. In the book, it encompasses a human and its perceived wholeness of being. When the dot gets destroyed or punctured with holes it is no less a human being but one that has been destroyed inside.

Insecurity is a very personal journey to me. Everyone can look good on the outside to others but be very damaged inside by the thoughts you tell yourself. The book is printed in a small size (10.5cm x 10.5cm) because it is a book meant for one person at a time only. It is meant to be an intimate experience with the words and something that can be carried around easily. Nobody knows when the bad thoughts will strike us and I want the book to be easily accessible to all so that you can read it wherever you are. It is also divided into individual sections inside so that the reader can flip through to that page when needed.

My final deliverables are a book combined with a book sleeve, and post cards. Why post cards? These postcards will ideally be sold with the book. Postcards are items whose sole purpose is to connect a new space or idea to others. Since the journey of healing from insecurity is better taken with companions, the post cards can be used to send a message to people you care about or want to reach out to.

Through this project, I learnt much about my own insecurity, especially regarding my design works and ideas. I’m quite satisfied with the final deliverables even if I do have regrets about not being able to accomplish others. However part of  the process of healing from insecurity is learning to let go and be with the present, which I will do.