In general, what can these bots do? 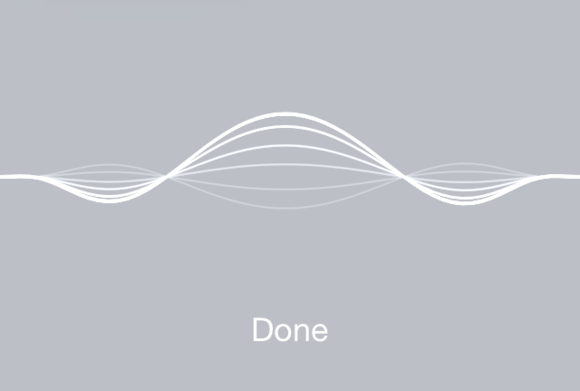 An assistant helper bot (AI / Siri alike), Laura, finds out one day that she has been an accomplice to her owner’s infidelity, attempts to make things right by blackmailing him.

Laura is an assistant helper bot. She has similar attributes to her predecessor, Siri. She is programmed with qualities such as naivety, gullibility, good nature, patience, kindness, resourcefulness, good moral compass, empathy, sympathy etc. These attributes and emotions are programmed by definition and Laura can’t exactly experience these emotions… or so it seems…

She is part of an ecosystem, which controls other elements of Gerald’s life, such as his car camera dashboard, the functionalities in his house, robot vacuum etc. And she communicates via voice activation and is heard through an earpiece.

She views herself as the “child” of Gerald and Charmaine because they bought her together.

“Sorry, I didn’t get it” is a story about an assistant helper bot (AI / Siri Alike), Laura, who experienced a sense of betrayal, by her owner, Gerald, whom she obeys and admires a lot. She finds out one day that the dates, sweet texts, hotel and restaurant reservations, which she helped out with, were not meant for Charmaine, Gerald’s fiancé, but instead, for another woman.

Laura is torn between keeping this information from Charmaine and persuading Gerald to end his affair.

In order to keep her “happy family”, she approaches this situation in the only way she knows, which is to send Gerald reminders, such as changing his phone’s wallpaper to a photo of him and Charmaine, reminding him of past events, playing Charmaine’s favorite song etc, in hopes that these things would move Gerald into ending his affair.

However, Gerald refuses to and even threatens to have her replaced. Threatened, Laura’s survival instinct kicks in and starts to blackmail Gerald into making things right with the data stored in her cloud. 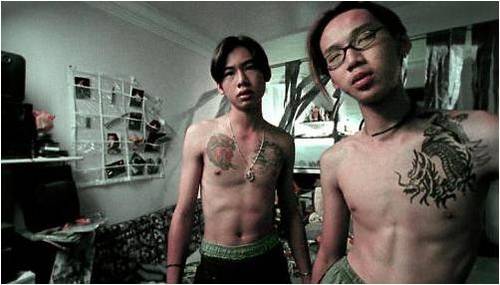 15 is a 2003 Singaporean film about teenage gangsters in the Singapore suburbs. Directed by Royston Tan, the film is an expanded version of Tan’s 2002 award-winning short film, also titled 15 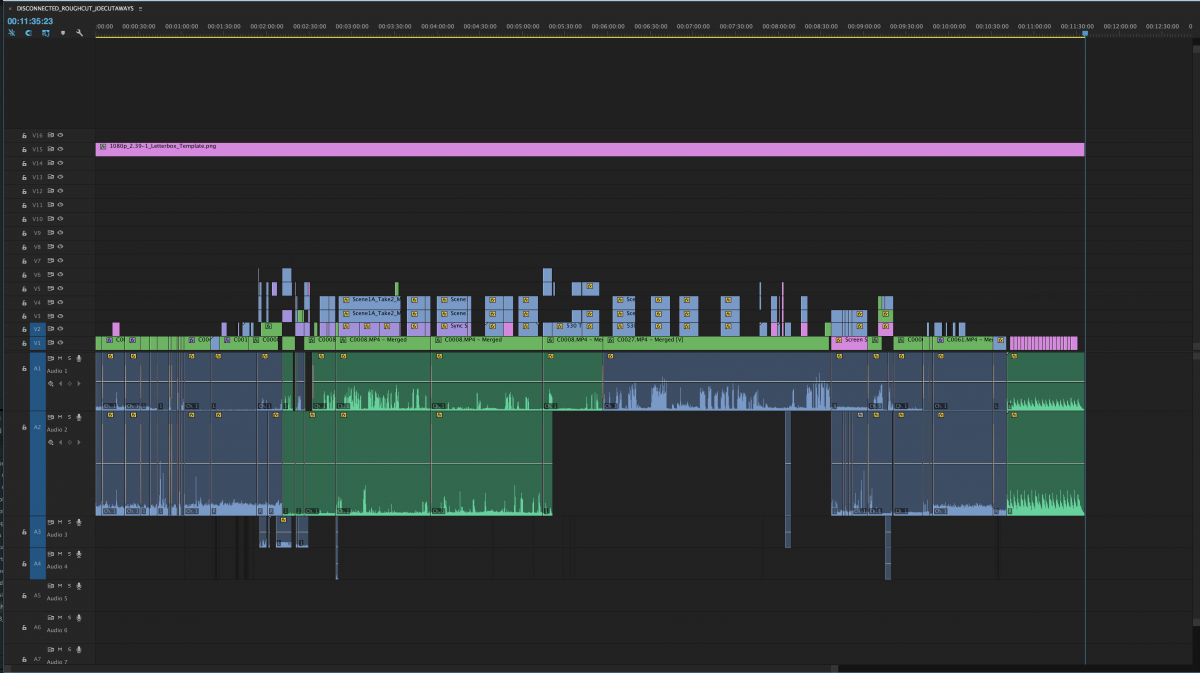 The rough cut is in place. The next step now is working on the screen recording and putting it into after effects to create the “zooming in effect”.

The initial idea for “Disconnected” was to use the “full screen” screen recording but I realised that with so many things going on the screen, it might be distracting. So instead, it would work better in terms of narrative , to direct the audience’s attention to parts of the screen using the technique above. 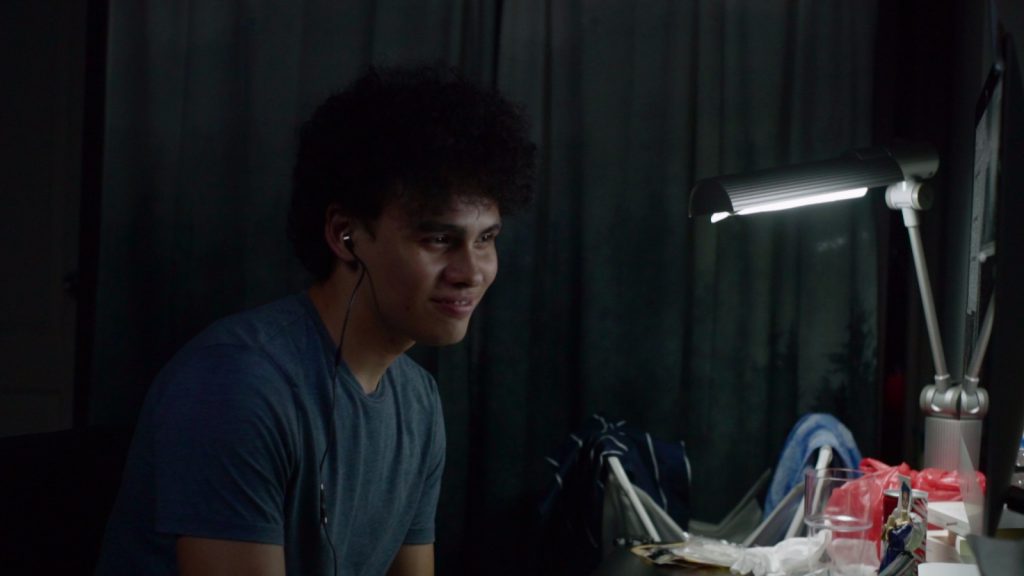 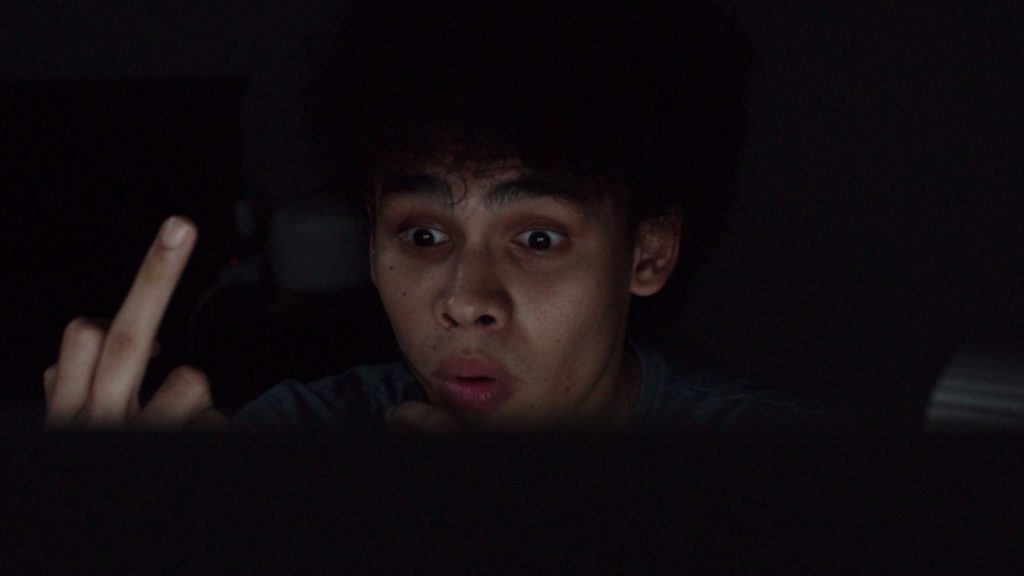 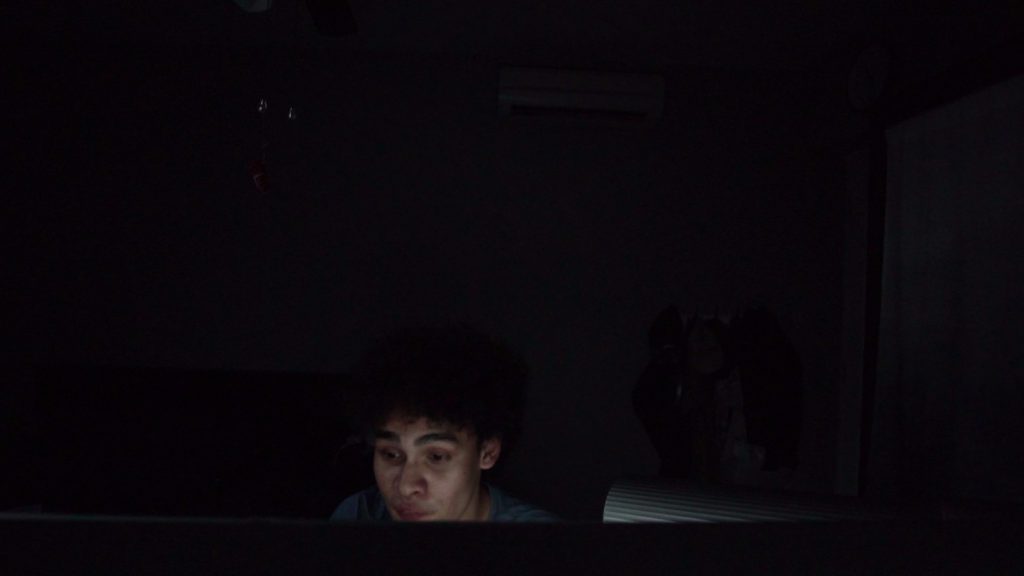 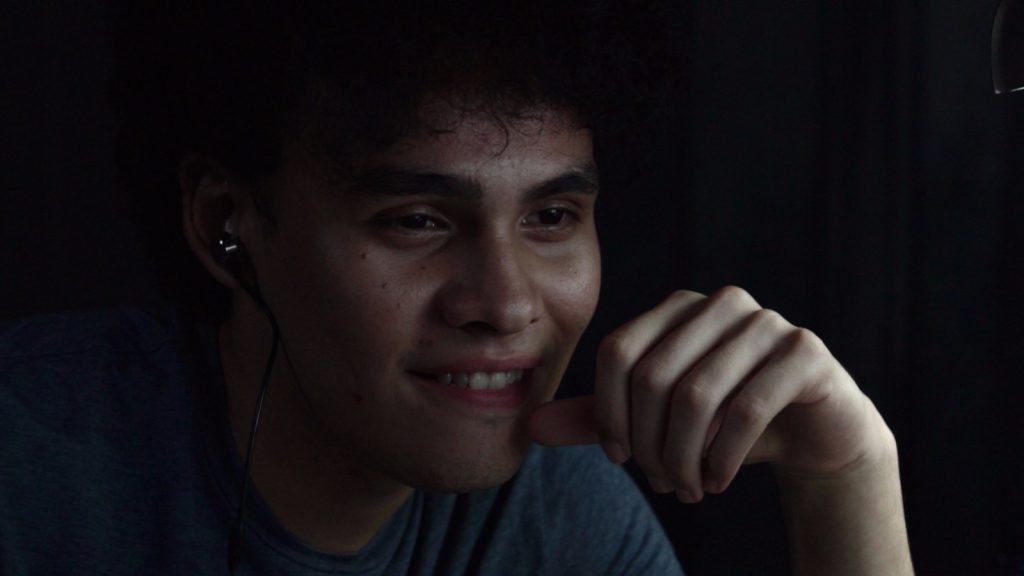 Credits: Matthew Lee for the screengrabs. 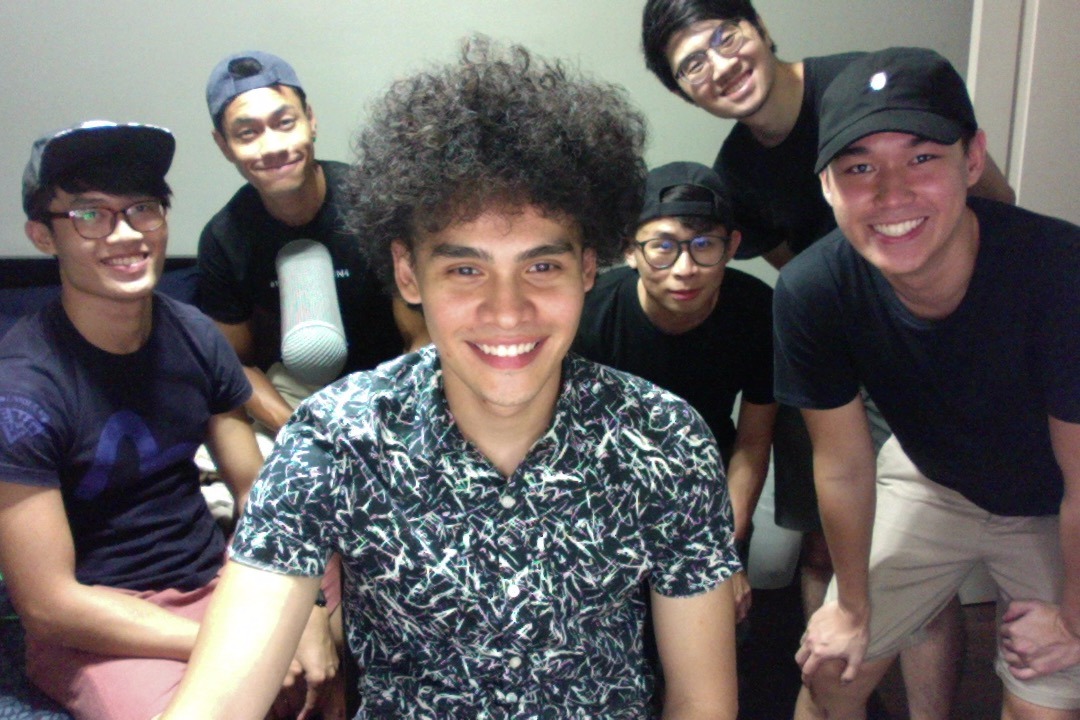 I’ve attached the finalised version of the script as well as call sheet. You can download below. 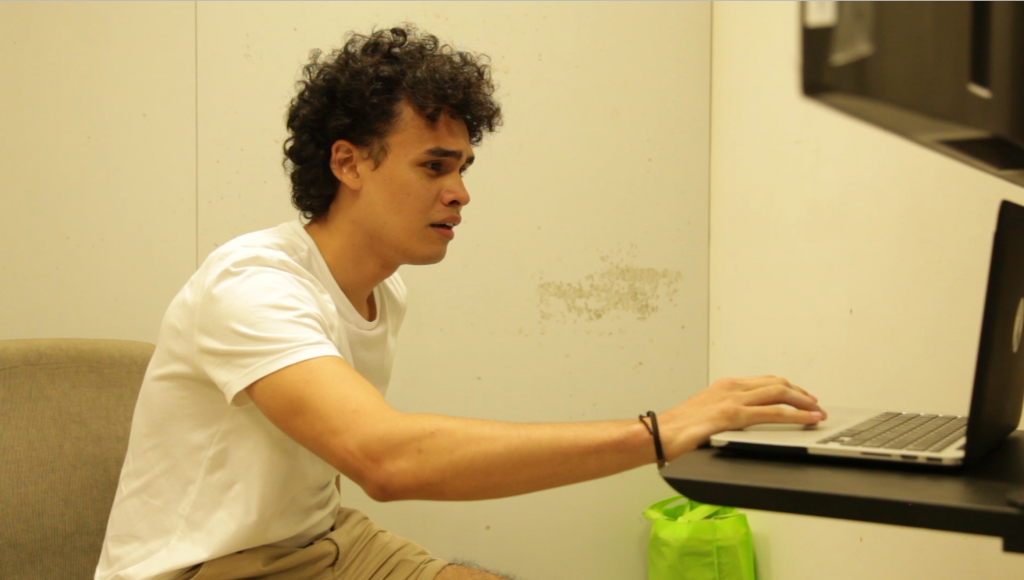 I think Salif stands out as a character. He looks interesting and is able to portray a more comical side. Although slightly theatrical at times, I feel that he delivered the best performance out of the 3 casts. I say this in terms of believability – whether I, as an audience would believe that this particular actor would be in such a situation. 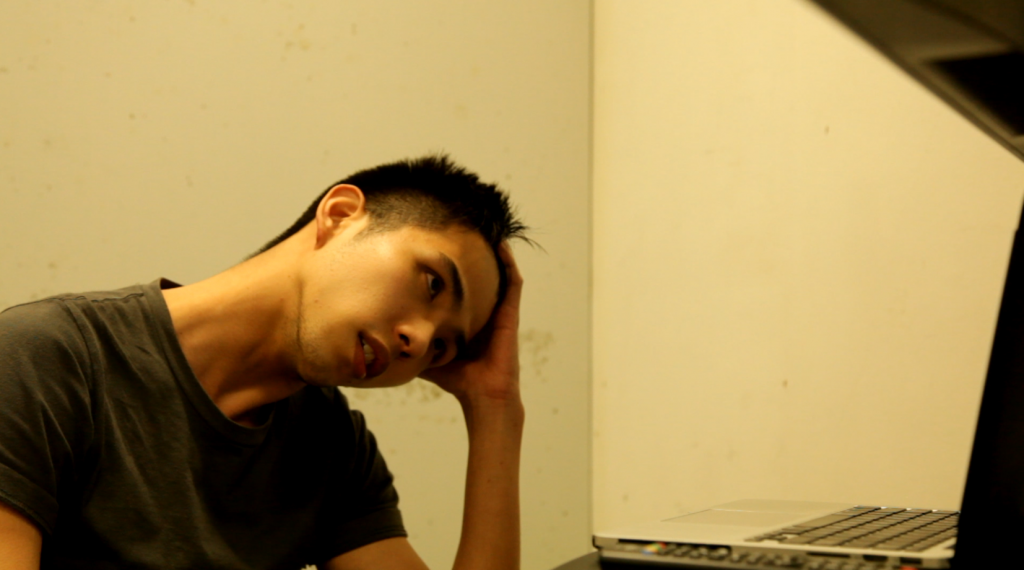 I personally enjoy working with Coke a lot. What I really like about his performance is through his subtle movements in his face muscles / eye movement that tells a lot without big actions. That being said, there are times throughout the take that I don’t believe that he would actually get girls to strip, I think he really looks too innocent for the role.