With this diagram from the book, a layout i thought of was similar: 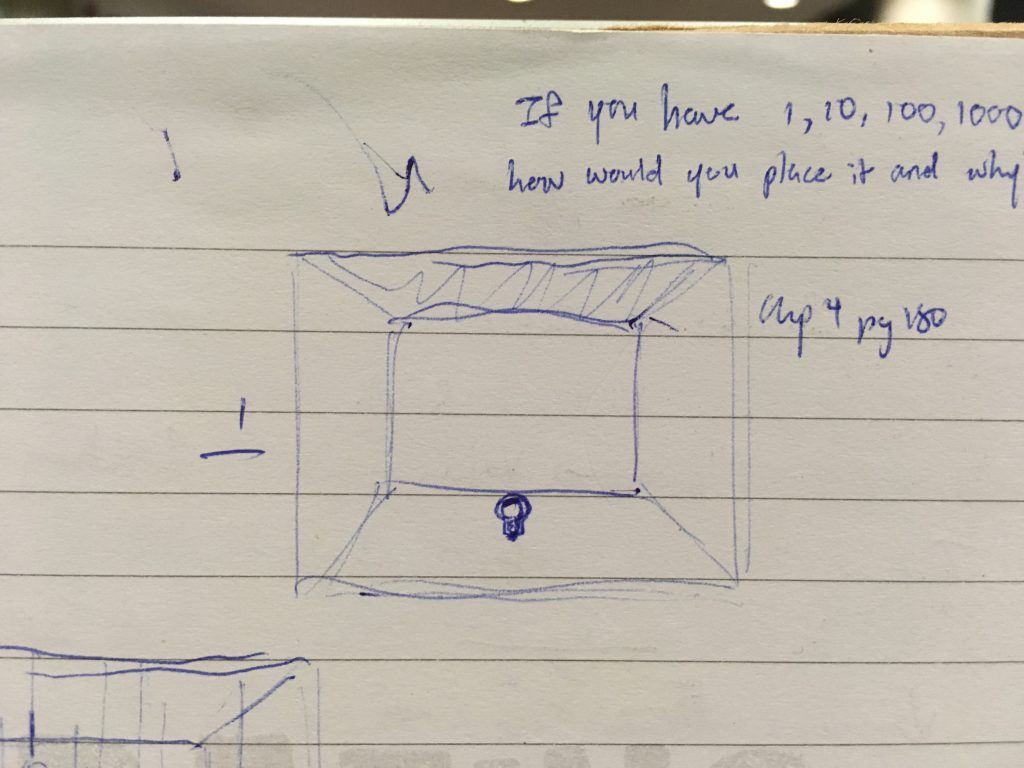 Placing an upright lightbulb on the floor, people would encircle the bulb and look downwards to it. Giving it the idea of people looking down on small ideas, be it dim or bright.

Based on a clustered pattern, a similar layout is drawn out: 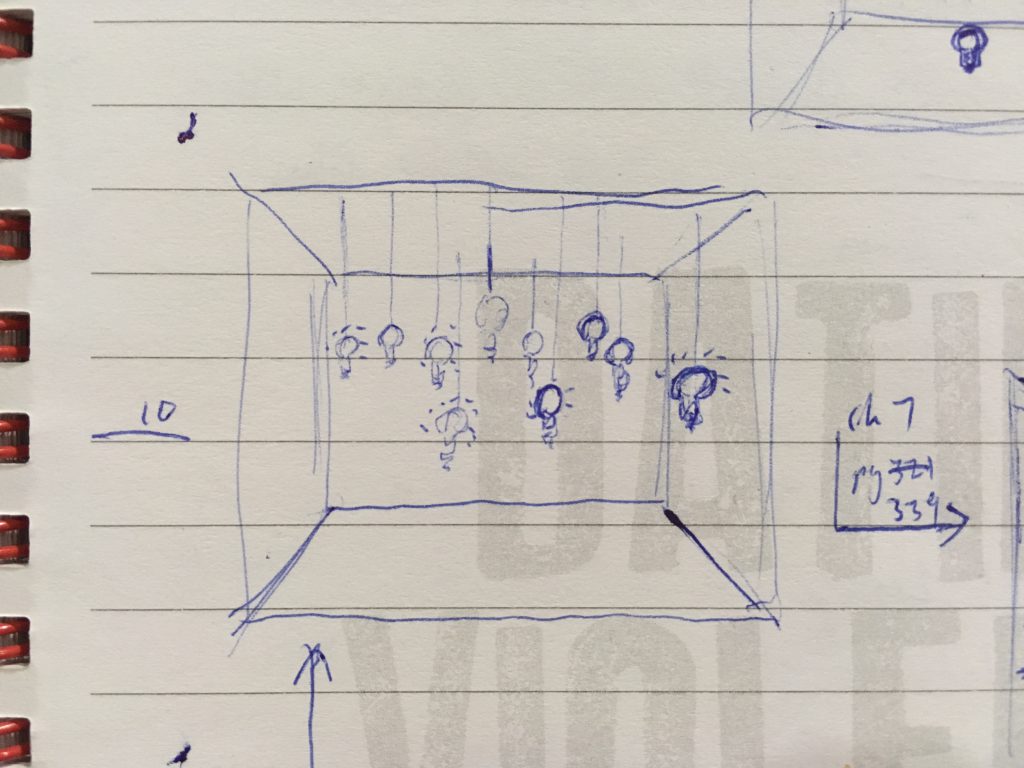 layout of 10 lightbulbs in cubic space

Clustered in mid-air at different lengths from the ceiling, the idea is to give people the chance to walk under the bulbs, as if the people are having ideas of their own. 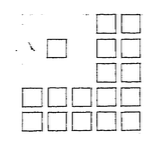 Positioning objects under the structure of hierarchy by placement: 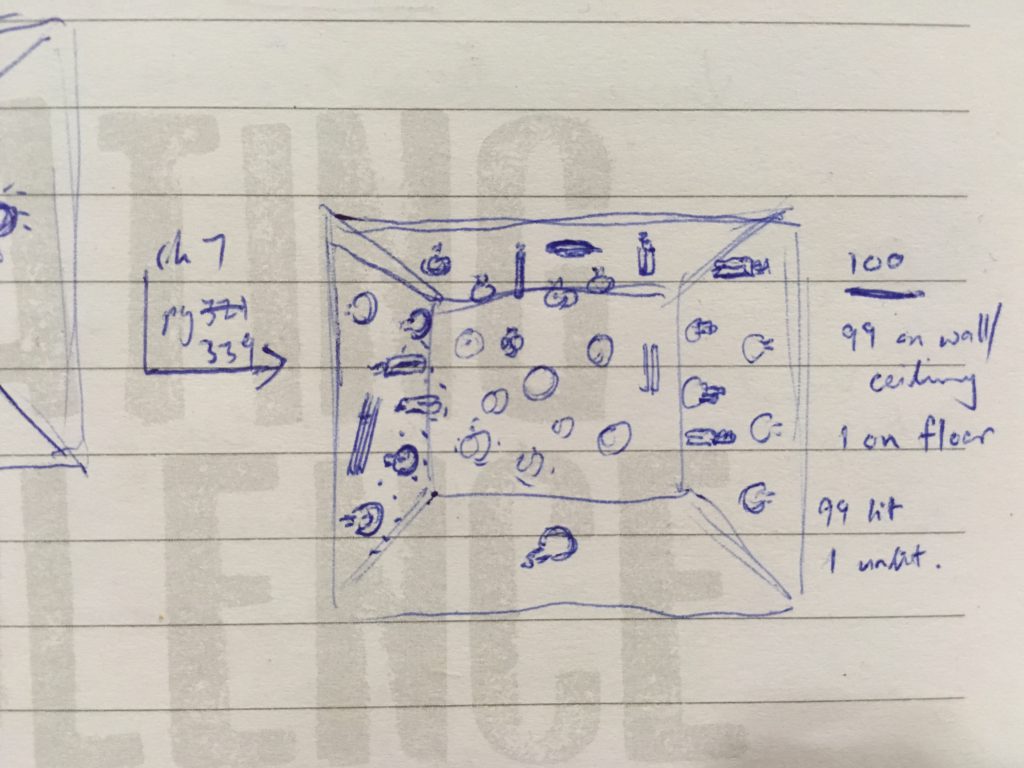 With 99 different lightbulbs lit around the 3 side walls, and ceiling, and 1 unlit lightbulb lying on the floor, it gives the idea of an overflow of ideas people give that diminishes the light of an idea from one person.

Based on additive transformation, adapting it to the space: 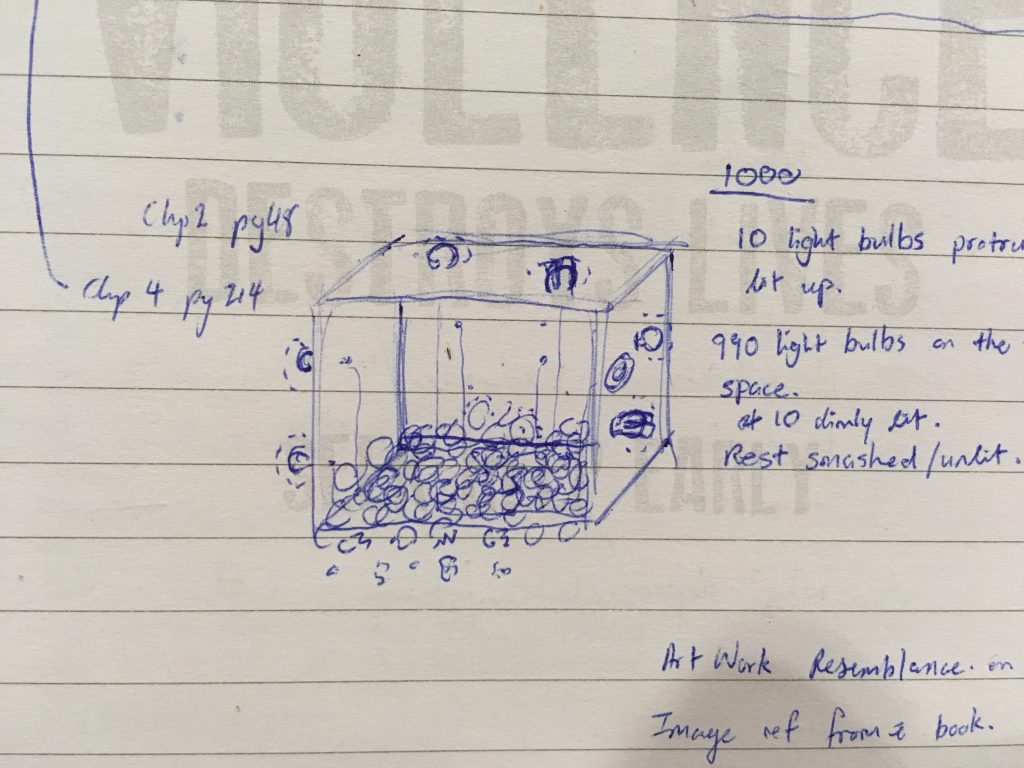 Having 10 lit lightbulbs protruding out of the space, the other 990 lightbulbs on the floor, either broken, dimly lit or unlit, it gives the idea of how successful ideas are a culmination of multiple ideas that have been thought of, but does not surface well.