Wew wew wewwww! Asking me to pick a favourite film is incredibly insaneeee because there are so many great movies out there. One of my favourite movies is “The Grand Budapest Hotel”, by Wes Anderson (one of my fav and most memorable directors).

The movie starts out in modern day, where we are introduced to “The Author” and he thinks back about the time in 1968 when he meets the old Moustafa, now owner of the Grand Budapest Hotel. Moustafa tells The Author his life story. 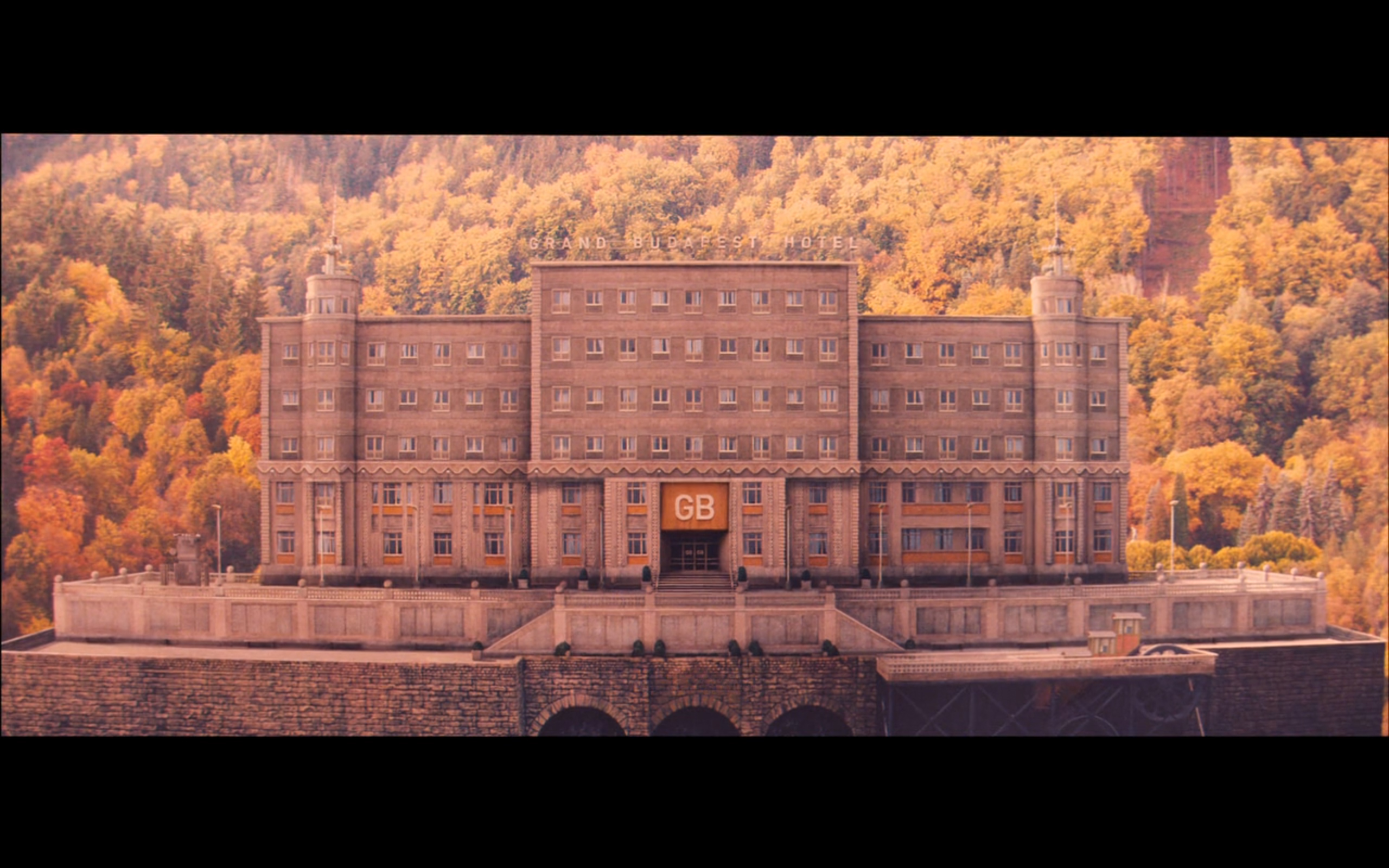 One of things I love love loveeee about Wes Anderson’s Movies is the clear use of COLOUR composition in his movies. The colours in each scene are carefully thought out, and when you think of his movies, you naturally associate certain colours to them. For example, the GBH is that pastel pink, Moonrise kingdom (the picture below) is the yellows, greens and orange. 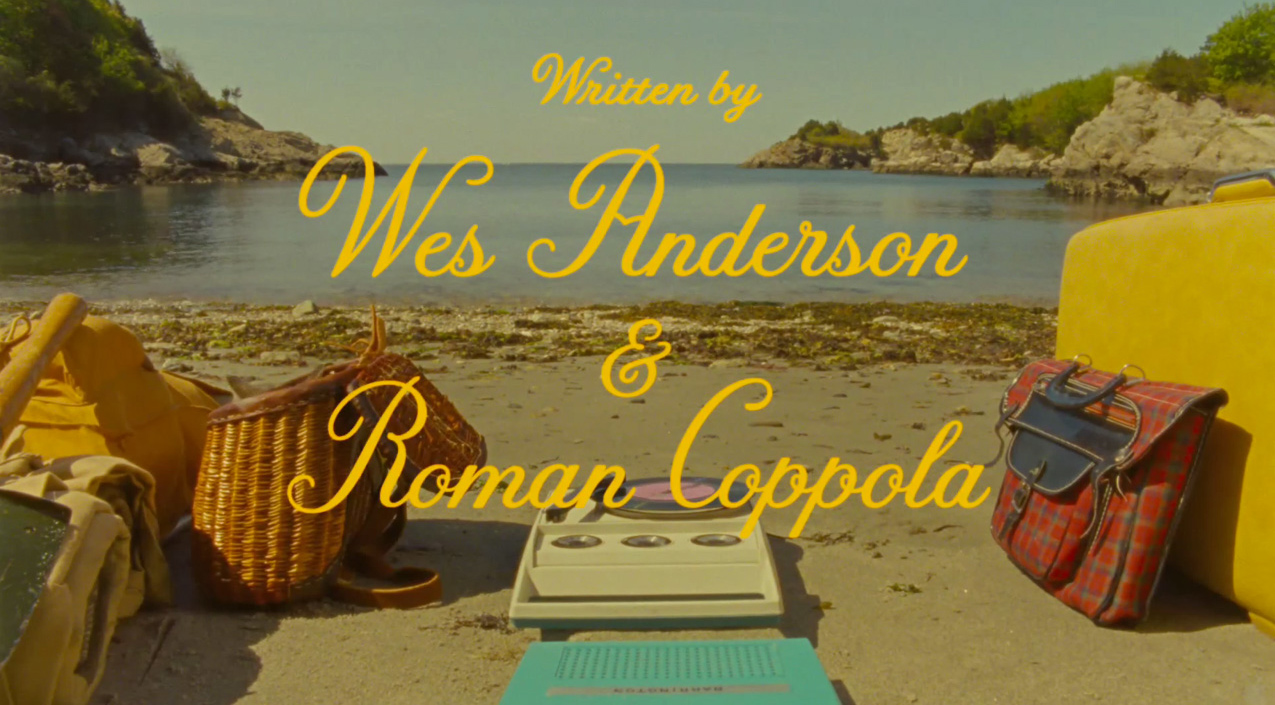 Life aquatic with the blues. GENUIS!

Is when Madame D dies and leaves a very valuable painting, Boy with Apple, to Mr Gustave. This enrages the family who are all fighting to inherit it. Zero (Moustafa) and Gustave steals the painting, and hides it. Shortly after, Gustave gets arrested and imprisoned for the murder of Madame D. 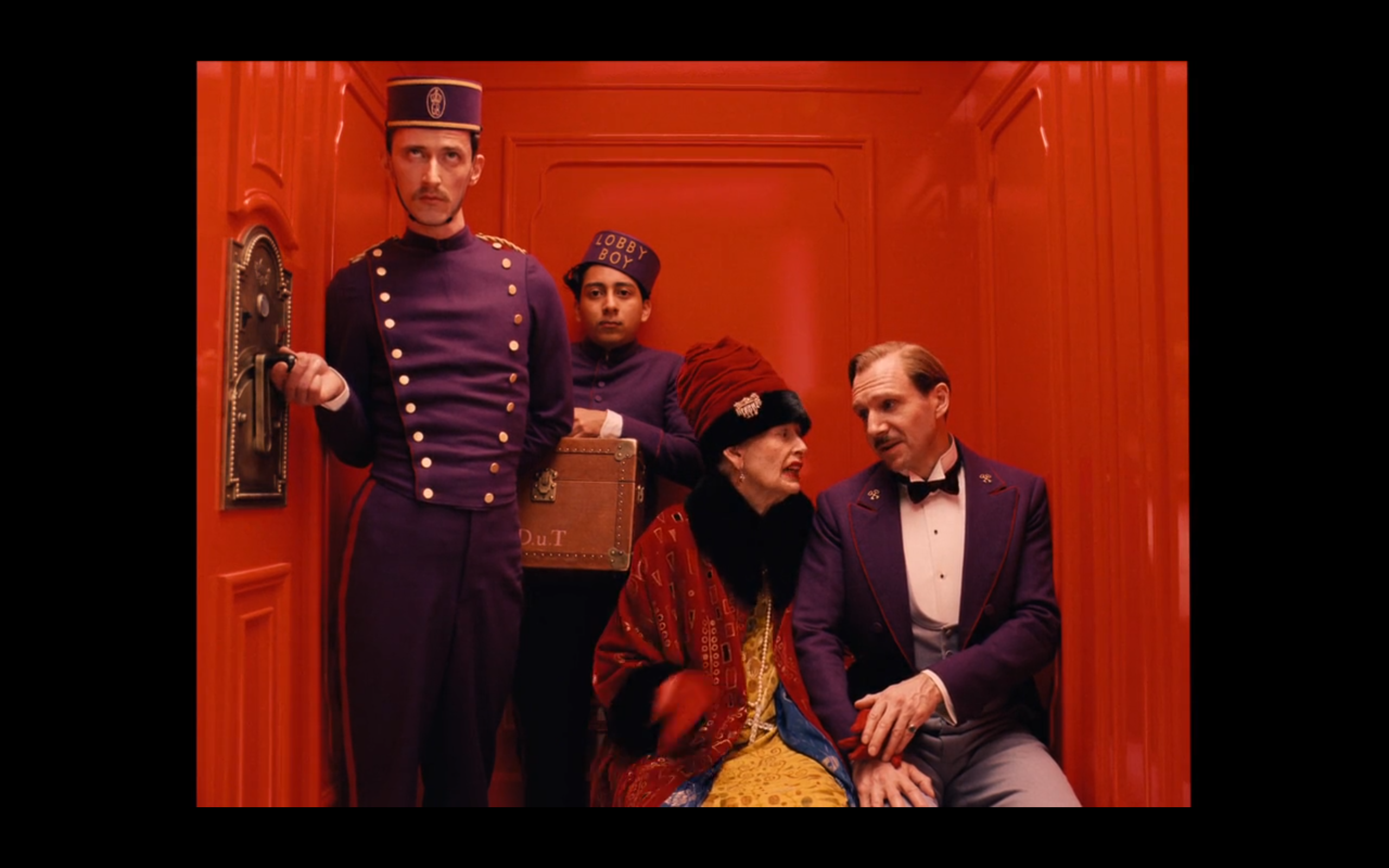 (Madame D is the lady, on her right is Gustave, and Zero AKA Moustafa is the lobby boy)

The hotel was taken over by the military and was going to convert it into barracks. Agatha ( the love of Zero’s life, who works at the bakery Mendl’s) along with the 2 men tries to sneak back into the hotel to retrieve the painting. This was the climax because the main villian, Dmitri, who is the relative of Madame D is chasing them. After an exchange of gunfires, Gustave found Madame D’s second will that will actually allow him to inherit all her wealth.

Gustave dies taking a bullet for Zero when the soldiers inspect their papers on the train. Happily ever after did not come for Agatha and Zero too as she contracts the “Prussian Grippe” and succumbs to it, along with her infant son. 1968 Moustafa tells The Author that the reason why he still keeps the GBH is not because of his loyalty to Gustave or a connection to “his world”, but it is the last link to Agatha and the best years of his life. 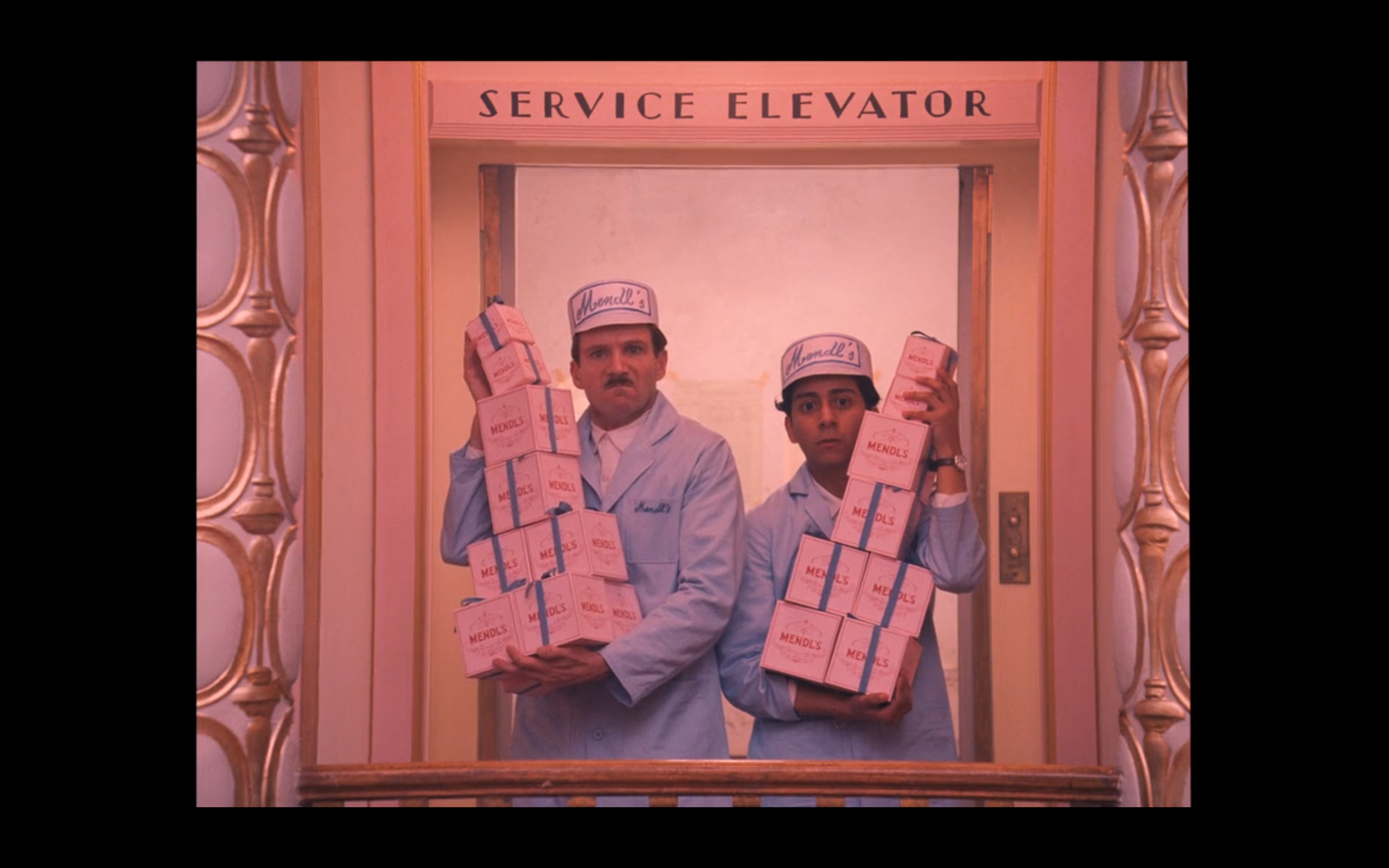 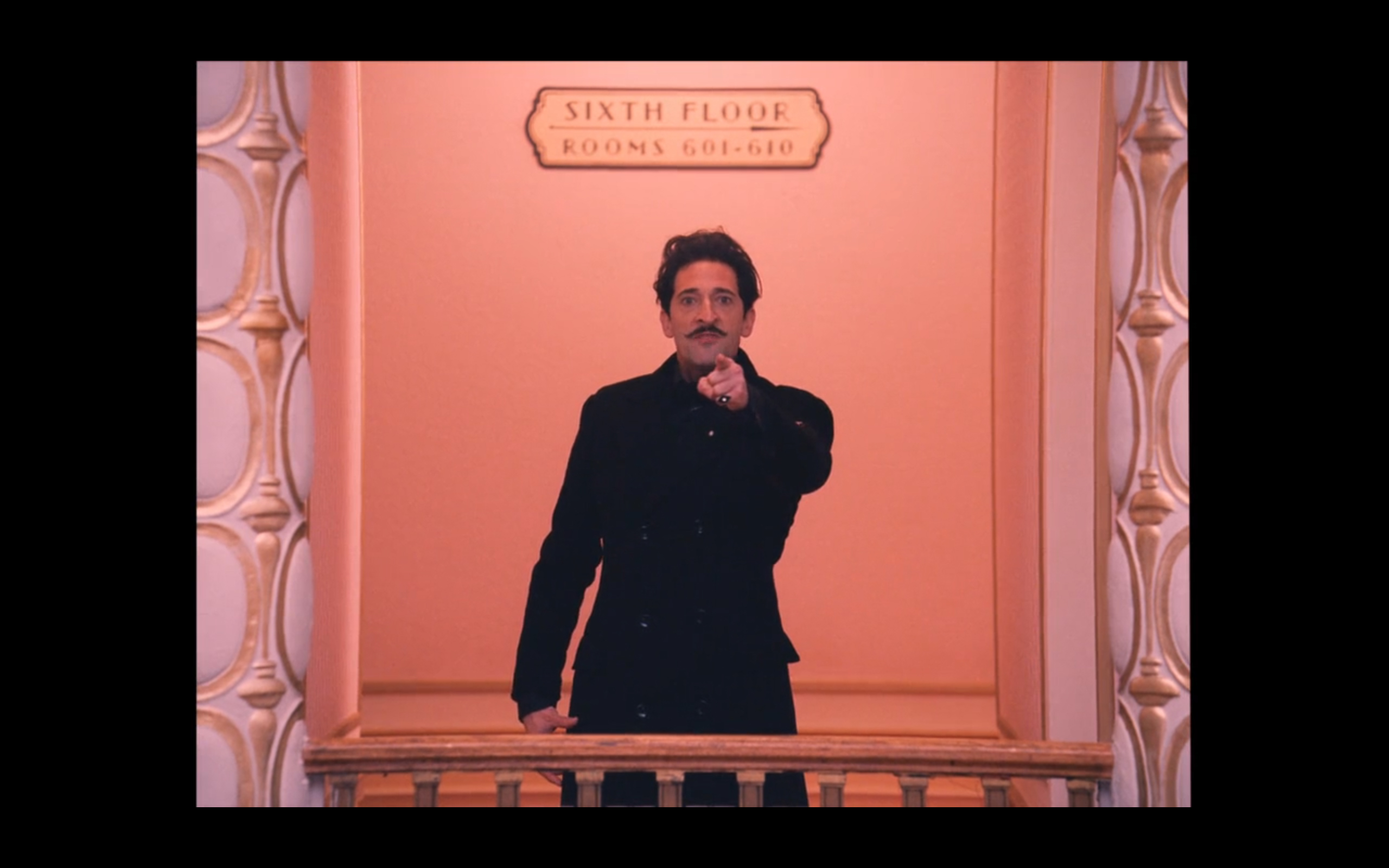 “To be frank, I think his world had vanished long before he ever entered it – but, I will say: he certainly sustained the illusion with a marvelous grace!” — Moustafa The Ancient Mystagogue: Still trying to figure this one out 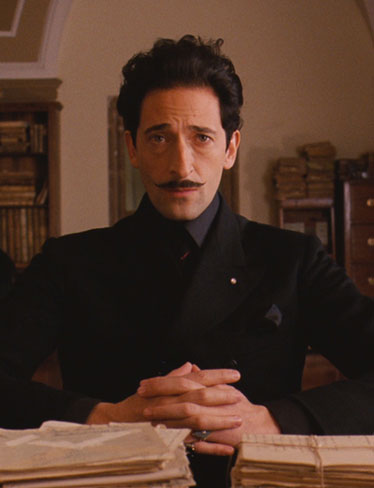 Really love Wes Anderson’s movie. There is something about the way he films and tells the story, that sucks audiences into that world and makes it believable. His choice of colours is impeccable and the way he his characters move seem almost like a parody but believable and it makes the viewing experience enjoyable. The script is not cheesy in anyway, and really his films are one of a kind:))) Would recommend this movie if y’all haven’t watched it yet.

“There are still faint glimmers of civilization left in this barbaric slaughterhouse that was once known as humanity… He was one of them. What more is there to say?” – Moustafa talking about Gustave