WOW! We are done with our FINAL project for the end of year 1!  Time flies by really quickly.

Project proposal:
For this project and installation, Bao and I wanted to explore the theme of feminism by showing a negative portrayal of women in the media through very specific examples, with the use of

1. The female role in slasher horror films who are often brutally murdered while in vulnerable positions – combining sexual portrayals with violence

2. Focusing on KPOP, something that we see very commonly in our mass media nowadays, the over sexualizing of the females in girl groups.
On top of that, we wanted to contrast that with the first wave of feminism (suffragettes)- where women fought for equal rights, creating this irony between the original idea of what women have been fighting for VS how women are treated and portrayed now.

The aim for the project is to cause viewers and audiences to think and reflect about how women are being portrayed in the media and maybe that we have been desansitized to these portrayals. By doing that, we decided to strip away the songs that were from the kpop groups and the dialogues from the movie, and creating our very own soundscape that went with the visual.

We wanted to choose this space because it was open yet intimate at the same time and because of its narrow space, viewers won’t be distracted by their surrounding. Furthermore, the computers are placed on the floor and at a corner is so that people will have to approach the screens and look down uncomfortably to watch the installation. Our intention was to also have the audience stand at the arrow that was being marked on the floor, so that they will be in the position and act of looking down on the women, but Bao and I did not want to control the audience, but rather just let the viewers figure it out. Furthermore, with the knowledge and explanation, hopefully spurring audiences to rewatch it with the lens of the artist’s intention. 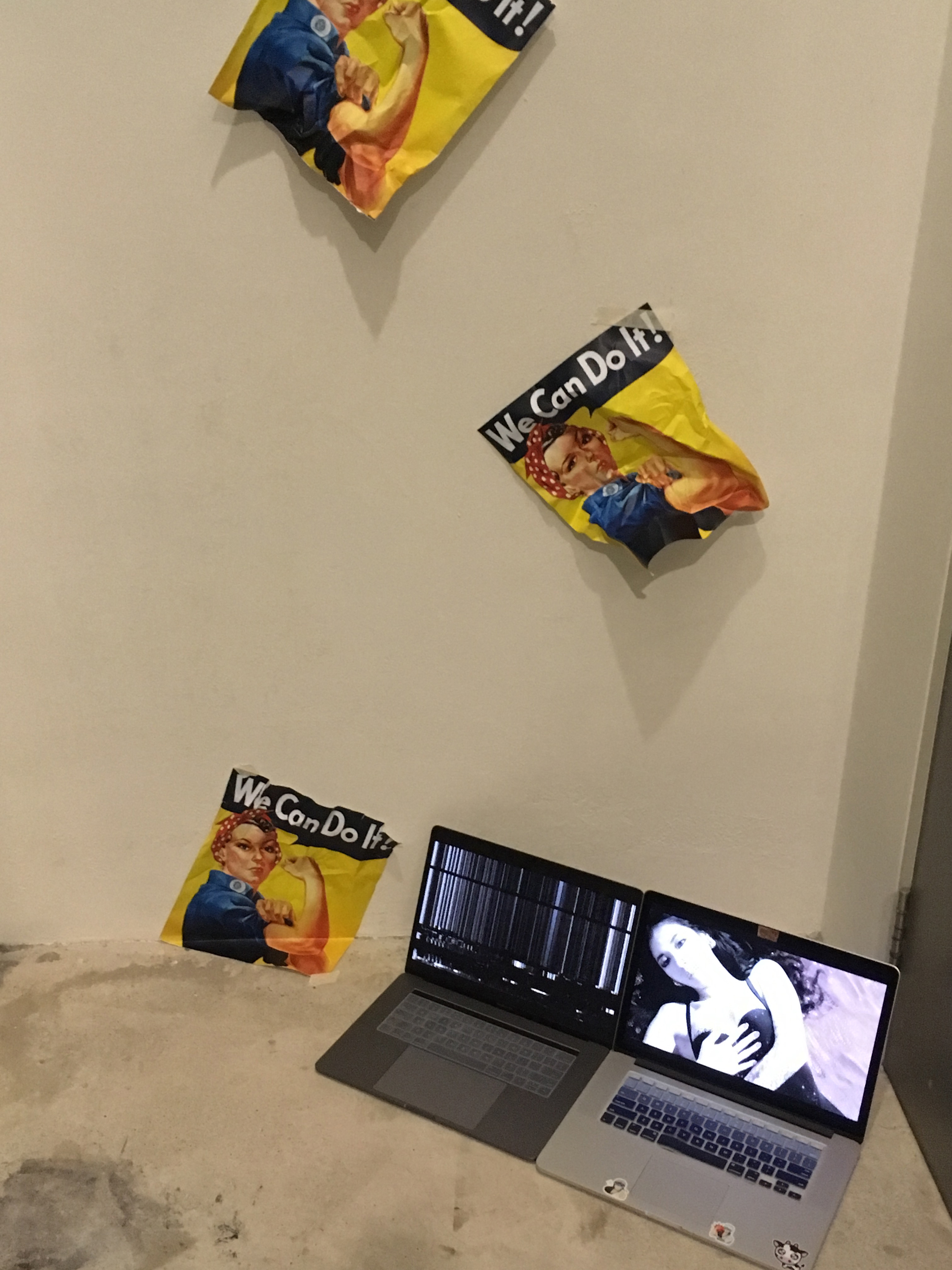 Work in Progress and Concept Development

Our initial idea and direction for this project was definitely messy and unclear. Even though we knew that we wanted to be working on a feminist piece, we were unsure of how to portray this idea. We thought of the idea of using KPOP and horror slasher movies early on and while doing some test edits, realizing that it failed terribly. We had the audio of chopped up Kpop music. We did quick tests like trying to slow the audio and the video down, however, it ended up looking comical (which was not our intention because it was meant to be a serious piece.) That was the first draft we showed Ms Lei during the consultation and during that consultation, we thought of the idea of having the piece play on 2 screens, one on the projector and the other on the handphone. So instead of just having the video on one screen, we would have it interchange, when the kpop video is playing on the projected screen, the handphone screen will be black and when the horror vid is playing on the handphone screen, the projector screen will be black.

However, it was when we started editing the videos that instead of having a black screen, we should make it have static instead, creating this weirdness and just so that there will always be movement on the screen, making it more dynamic. It was during the editing that we decided we need to edit the videos too because the kpop videos were too bright and colourful and the horror ones were too dark, and in order to have everything look more cohesive, we decided to bring down the saturation of the videos. However, even after having the piece together, we still felt that something was lacking, and that was when we realized that maybe we should have footages of the suffragettes in our video that appear suddenly in the video. We felt that it worked much better as it was not just this is kpop, this is horror, kpop, horror, kpop, but instead, it added another element to the piece and greater depth to it.

We thought that the sound of it was alittle disturbing and having it might make it unsettling.

However, Bao suggested that maybe we should have another soundtrack ontop of that sound. Hence, we thought that if we had this sound that is irregular and crazy, it might add to the warped visuals. We decided to tone it down towards the end, giving time for the whatever the audience have seen to sink in. 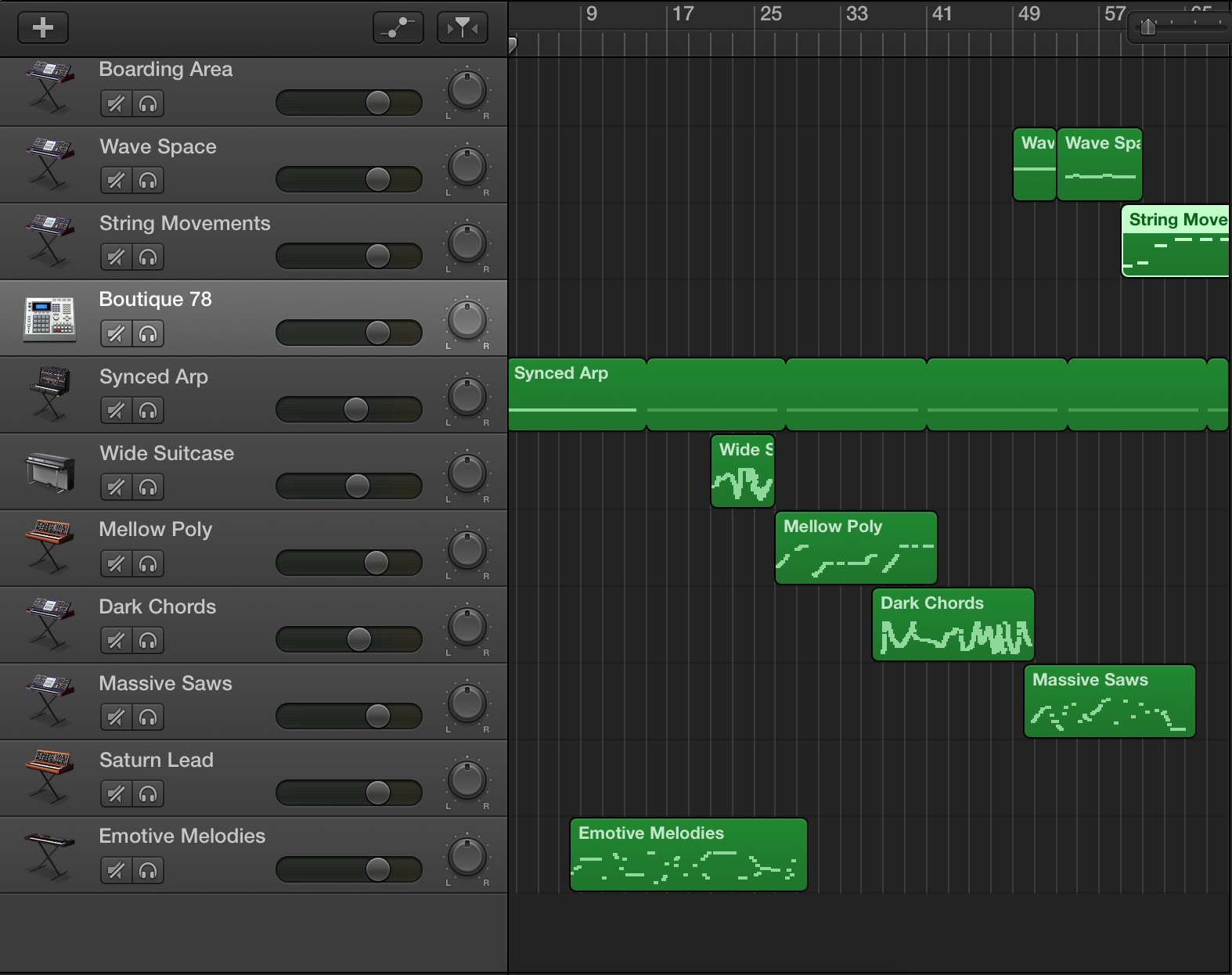 So while thinking about the project, I suddenly thought of this book I read about 2 years back titled “Men, Women and Chainsaws” (Really good book and such an interesting read on how gender plays a part in horror movies.)

Hence, this book was inspiration for me and also the reason why I suggested to Bao using kpop with the horror films.

A major inspiration for us was Pipilotti Rist and it was the video that Ms Lei showed to us in class of her smashing the car windows. We thought about how at first glance, the tone seem to be quite happy but it starts to get creepy when she starts smashing the windows accompanied with the sounds and overlaying of the nature footage.

Our main challenge throughout the project was how to do it in a tasteful manner and in a way that people will understand what we are trying to do with the piece. This manifested when we were piecing our video together and realizing what works and what didn’t, what we should add (like the suffragette movement), what we should do with all the colours. It was definitely a problem solving project and finally achieving what we had imagined our final outcome would be. We also had to take many things into consideration especially for the horror footages because we knew that some of our classmates are scared or it might be too graphic, hence we needed to choose the milder deaths or the footages right before they are killed.

Another major challenge was deciding how and where we were going to have our installation at because with our new edited footage and while we were testing it on our laptops, we found that it worked better if we put it side by side.

So while we were doing this project, we really were quite appalled, especially for the KPOP girl groups, at how sexual and provocative the MVs and dances were. Of course the horror movie depictions were also really bad with this portrayal of sex and violence. So we thought that these could be some questions that we could put out there because these were questions that we thought about while doing this.

And definitely don’t get us wrong, we are not slut shaming anybody but there comes a point where we just wonder is it really necessary?

Anyway, whatever it is, we hope that through this project, we will be more aware of such portrayals of women around and hopefully the 3 questions will help shape your viewing of not only our project but to the mass media around 🙂