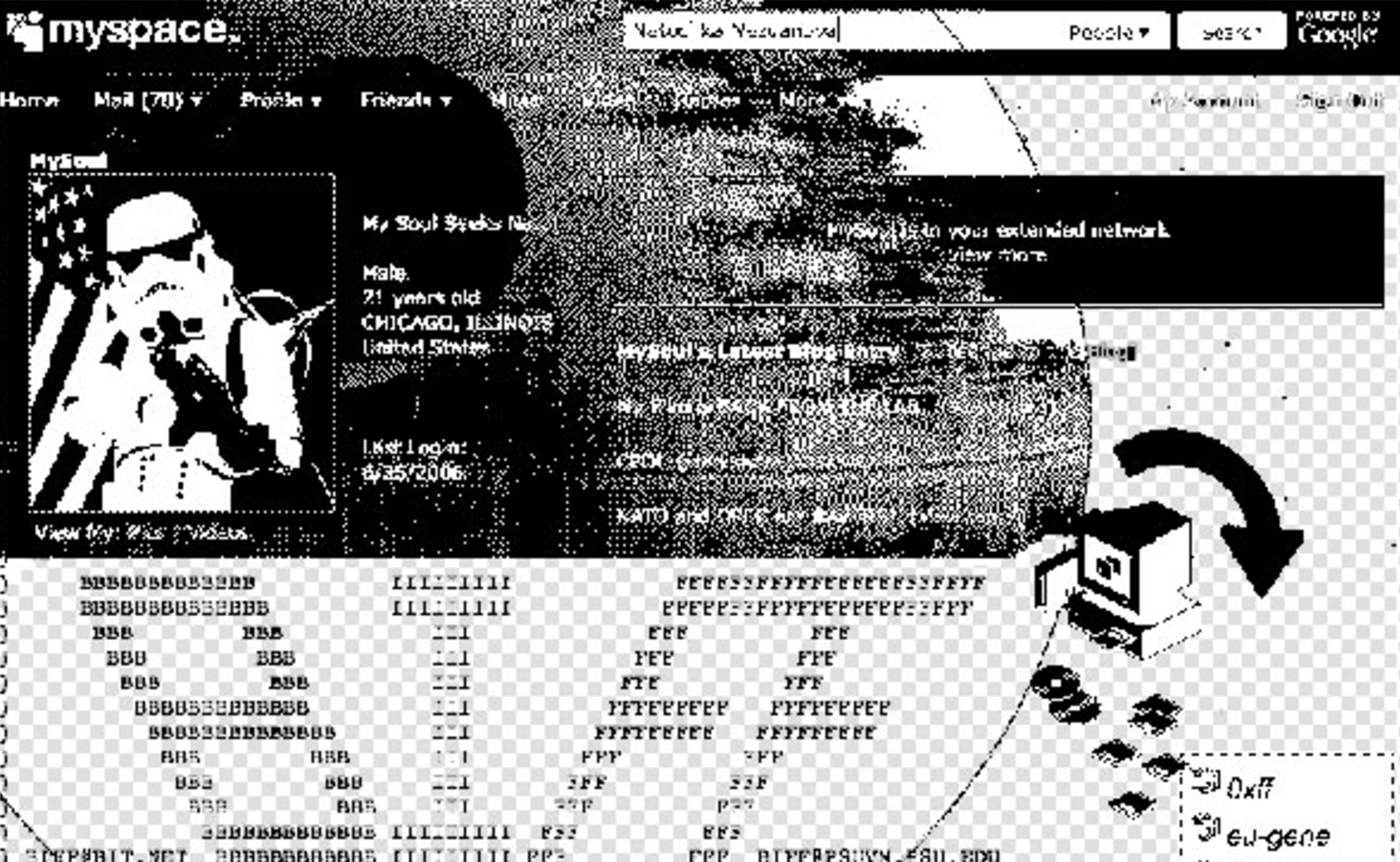 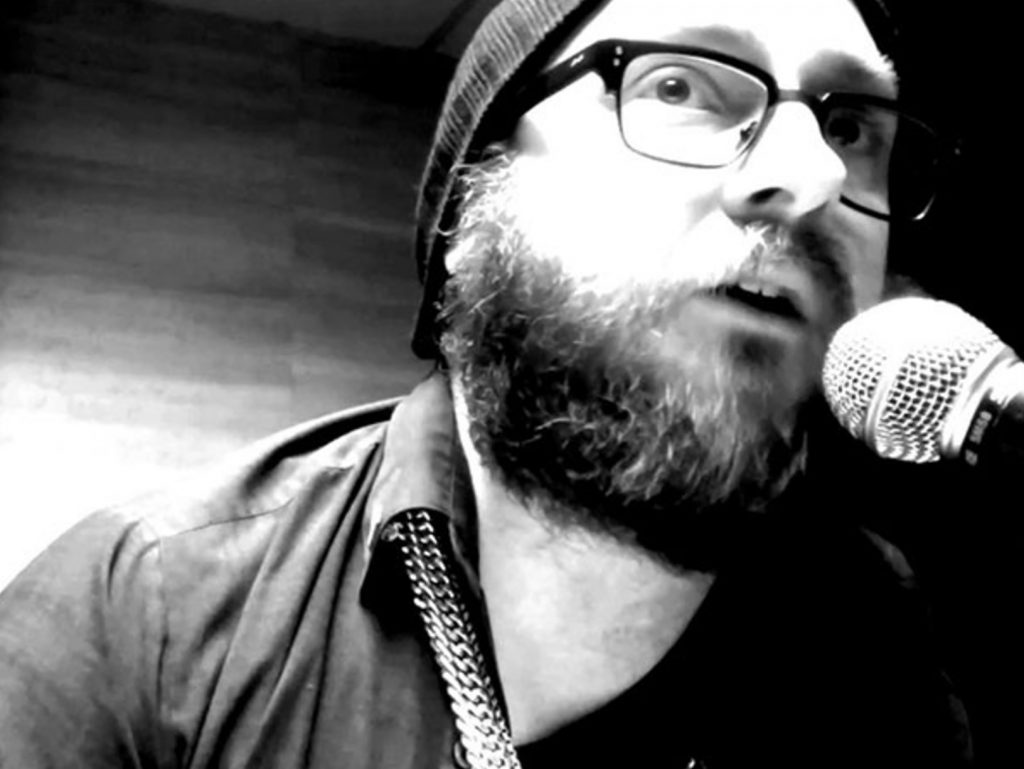 The beginning of the video was rather calm and understandable, as Jon Cates talks about what he wishes to achieve through his desktop mise-en-scene.

He experiments with fragmented visuals of his desktop, switched between several tabs and programmes, and produced audio feedback. Past the 4:30 mark, however, the white noise and visual glitches get increasingly intense. On the first watch, it felt random and chaotic, and I didn’t fully understand its artistic qualities.

After reading Randall Packer’s interview with Jon Cates, I could better appreciate the glitch art that was presented in the video. I found Jon Cates’ take on glitches very refreshing and unique, as compared to the conventional perspectives. We often get annoyed when encountering lags and errors (faulty screens, poor internet connection, choppy displays, etc), and have never seen glitch in a positive light. We take all advancements in technology for granted as we send emails, stream videos and browse the net everyday. Jon Cates, however, is the exact opposite. He brings attention to all the complication that goes on behind our technology and breaks them apart. 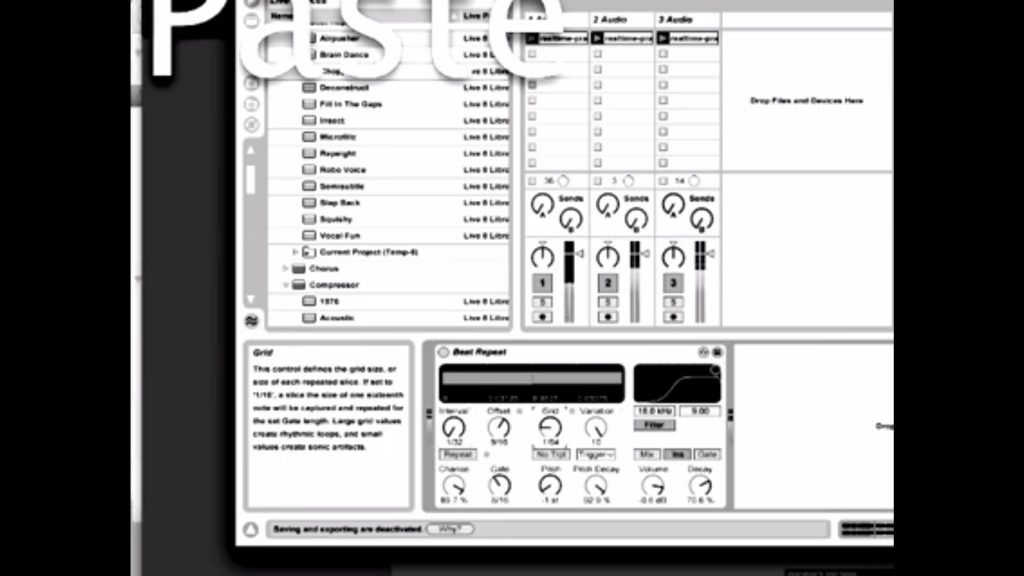 While a giant mix of everyday desktop activities is what makes up BOLD3RRR, it is certainly not the main point. The difference between this and conventional desktop streaming (games, vlogs, etc) is that it is a real-time performance art that seeks imperfection, the push and pull between human and machine language. It pulls us away from our endless pursuit of perfect technology, and instead questions us on the processes that goes behind glitches.

What kind of mixing and rendering technology did Cates use? How did he transit seamlessly from one glitch to other while streaming live? To me, it appears Cates produced imperfection, perfectly. 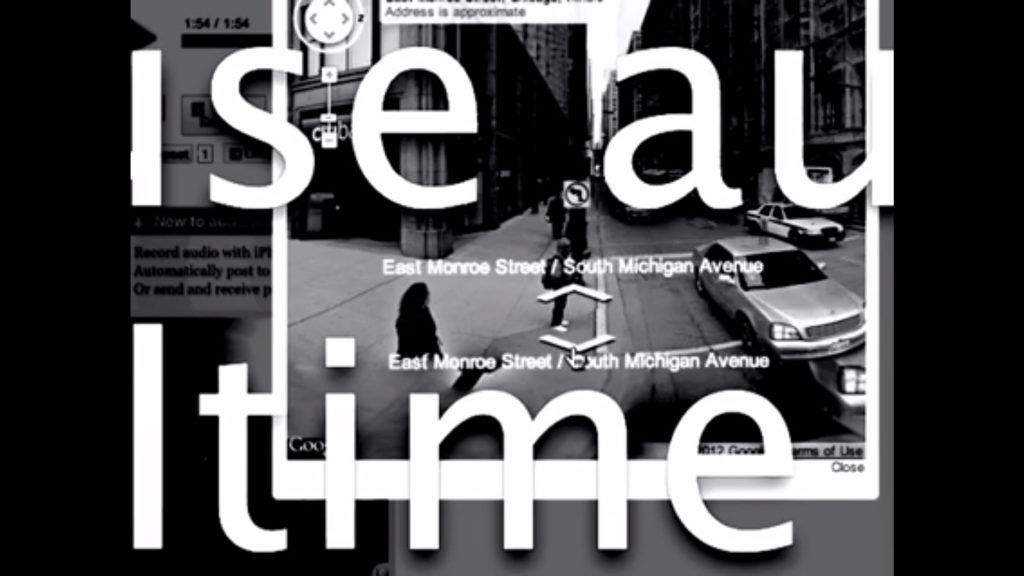 It was interesting that Jon Cates’ responses in the interview was also full of glitches, even in textual form. ‘d1Ɍ+y̶ ̶N̶3WWW_M3DI∆’ had strange symbols, along with errors like ‘faxxx’, ‘exxxperience’ and ‘&&’. While I personally found it quite difficult to read, it did connote the sense of playfulness and informality that glitches encompass.

“they are not sterile, they’re imperfect, they are not clean, b/c they exist in the world, which is also imperfect.
+ so, i do believe that d1Ɍ+y̶ ̶N̶3WWW_M3DI∆ as a way of lyfe + as an approach to artmaking is a way of foregrounding these faxxx, these realities, of our lived exxxperiences, + acknowledging how situated we all are w/ all of these systems, + artifacts that we have made, unmade && remade together.”

Wherever there is technology, there is glitch. Glitch shows that nothing is of perfection, no matter how much we seek it. It is all around us and perhaps we should learn to appreciate it at times, just like how Jon Cates take advantage of these opportunities to make art.