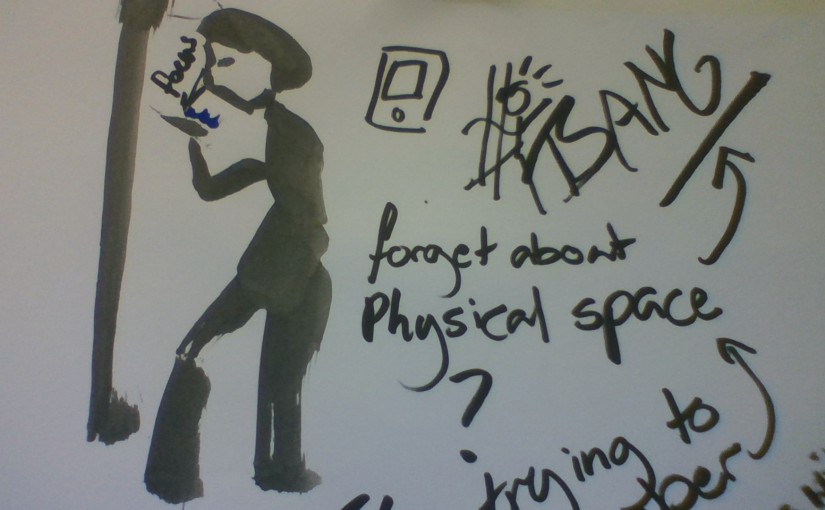 I tested my idea again using a similar set up to last time however this time I tested it with only one person. I sat on the floor with a pile of paper ready to hang up on the wall as we talked. I also had coloured paint this time to emphasise emotions, while this was handy at  times it was also a little distracting as it is one more element to think about.

It started off awkward when I tried to steer the conversation to the topic I wanted to talk about (conversation/my idea). However when I started allowing myself to just respond to Georgia’s conversation it flowed a lot better and become a two way dialogue despite me not speaking. Some more personal things also came up as the conversation changed and evolved like it would in a normal conversion with friends. In the end it felt like I was able to respond faster (despite not actually responding faster) as we were connected in a conversation. Surprisingly, Georgia was only focused on our skype call while talking to me because

I felt that this test reinforced that my idea works but only in a one on one conversation. I would also like to have one long piece of paper next time so that it would better show how the conversation evolved. I also found it interesting how towards the end I would forget that I was even drawing and was communicating like i was speaking, it was only when I ran into something that I didn’t know how to convey visually that I remembered. 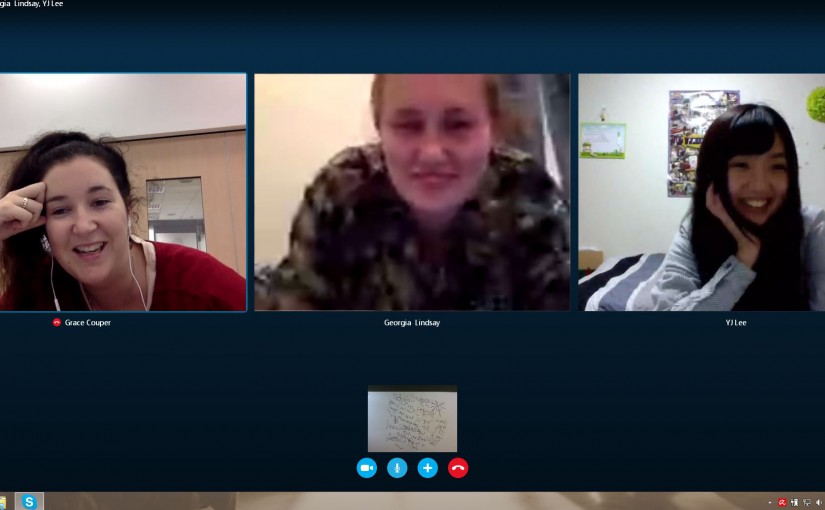 I tested out my idea to have myself in the physical space while interacting with people in the third space. This essentially makes the paper a interface for me. I found this to be very difficult to execute. There is a large time difference for me to write or draw a response rather than speak it which often killed the conversation and I would have to start again on a different topic.  I also found it interesting that I ended up using internet slang while writing just to speed up the process.

After a 5 minutes my 3 friends (from different cities and countries) started to have their own converstaions and I was left just listening as I couldn’t respond fast enough. Lag in 1st space?

After this experiment I have been thinking of ways I could improve it. Maybe I could follow the directions of the viewers rather than responding to questions, or playing a game like pictionary or a board game. 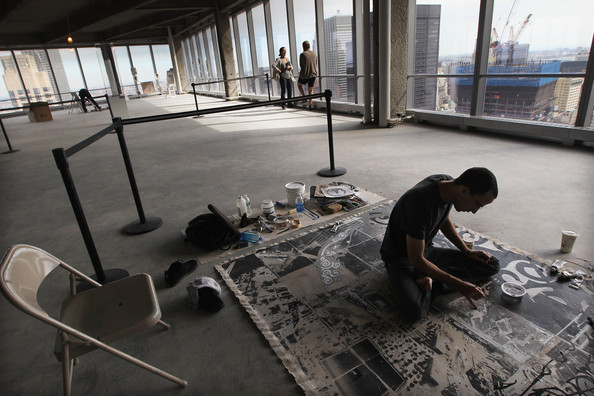 My idea is about merging the first and third space.