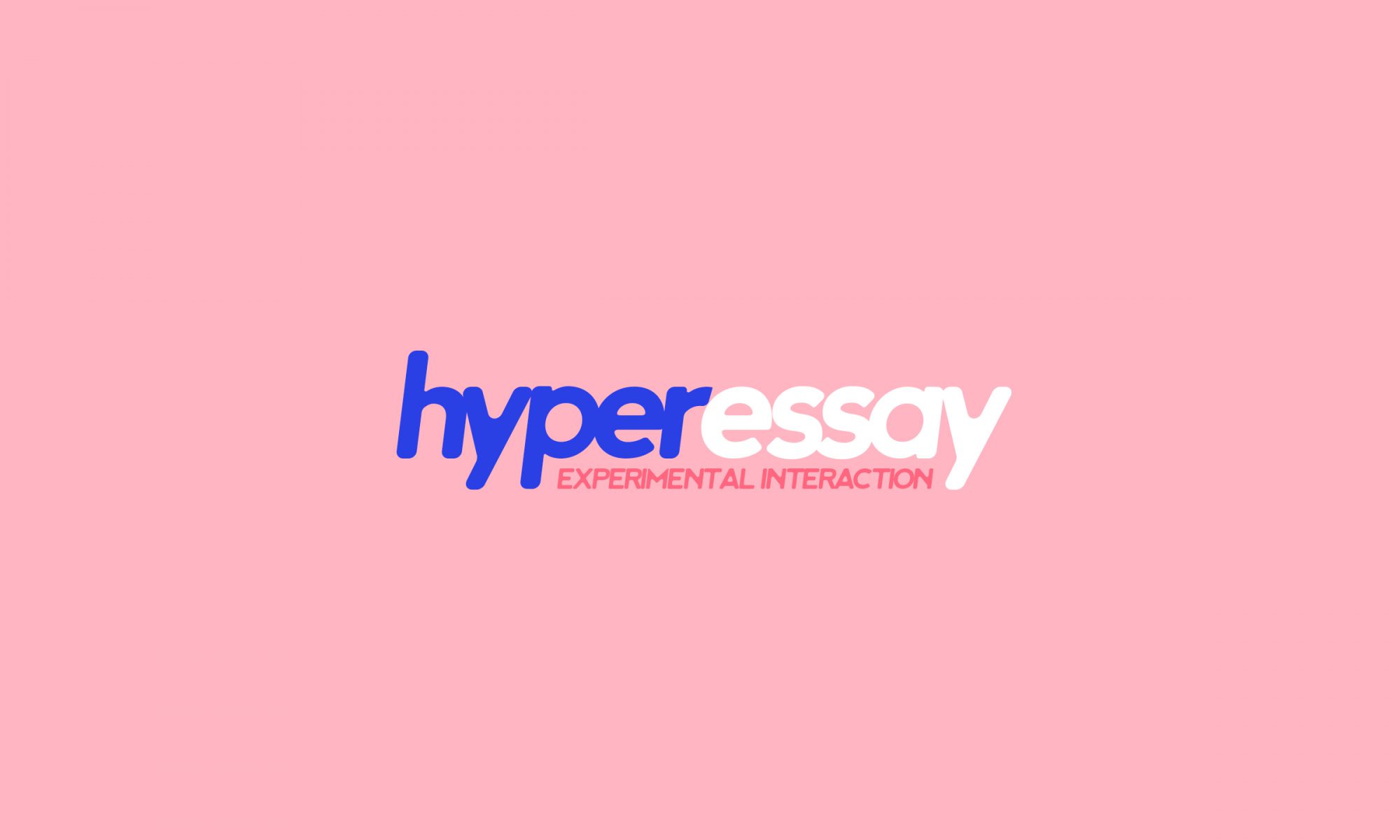 The Art of the Networked Practice Online Symposium started up on a weary Friday night. It was at that time that I did not realise that the Symposium would truly open my eyes to the ingenuity and complexity behind the ideas espoused by artists such as Blast Theory and Annie Abrahams, bringing me closer to the concept of warping time and space, and interacting over the digital broadband.

The first session I attended was one which hosted an online lecture by the experimental artist Maria X and included an online performance hosted by Annie Abrahams, both of which discussed the theme of telematics and interactive performances, albeit clearly in different manners. Maria X’s lecture brought us through the idea of Internationalism and the prominence in the concept of telematics. The insight in the concept of telematics being a ‘relational medium’ struck me, as it defined such a form of art as being about the relationship between systems, and between humans, like performers and artists. With the expansion of social broadcasting to become many-to-many, instead of one-to-many, one could say that based on this definition, the world of telematic art is being infused with more complex and intersecting relationships between the participants and systems in the artwork. For example, seminal works from the formulating years of telematic art that Maria X introduced in the Symposium included Nam June Paik’s Global Groove, and Kit Galloway and Rabinowitz’s Hole in Space, works that sought for a work conducted by many performers, to reach many viewers, with systems acting as a facilitating body for these interactions to be carried out.

However, a key difference between these works is another concept that Maria X brought up in the lecture — the aspects of live versus a recorded performance. As Maria quoted from Levinas, “Since the other looks at me, his responsibility is incumbent upon me.” There is an ethical responsibility to respond to a person once you invite them to look upon you, of which intensity is much higher within a live performance, with the corporeal presence of both performer and audience present, as opposed to a recorded performance that can be played, rewound and fast forwarded at any point in time today. As heard from Maria’s lecture, liveness is defined as a moment that is infinitely open to interaction, transformation and connection. Liveness creates a personal dynamic between the performer and audience, and in today’s socially broadcasted performances where the audience acts as the performer, ideas generated by these people bounce off one another to create artwork that is full of intricate connections and relationships that go beyond the capabilities of a single artist.

Along that vein, the performance conducted by the artists within the Symposium serves as a stellar example of such interaction, and the element of ‘liveness’. The piece starts off powerfully with each artist reciting their latency numbers and status, made even more poignant by the fact that the audio that we hear from them is already subjected to such delays. It devolves into different objects being interacted with in front of the camera, and the artists reciting phrases that sound like they are derived from wildly different contexts. It changes to the artists then are shown sitting, closed-eye, in silence, until they gradually disappear from the screen.

I thought the post-performance discussion was interesting, as one of the performers, Helen Varley Jamieson, brought up that her connection was poor throughout almost all of her training sessions with the rest, but the actual day saw her with excellent connection. This brings to mind what Annie Abrahams espouses in her artwork — to embrace the presence of an error, the volatility of latency, within, I quote from her, “the entanglement of human and machine”. This closely relates to Maria X’s earlier reference to the telematic embracing of faults within digital technology, as these errors allow artists to exploit them to create new artwork, similar to what is discussed Rosa Menkman’s Glitch Studies Manifesto, where glitches create a ‘realm of new conditions’, a new playground for artists to explore and experiment within its confines until a new glitch arises. 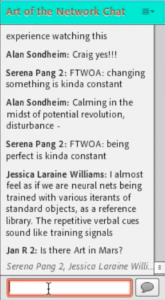 What I personally felt about the performance was that it was somewhat a social study of the human mind. While the performance was ongoing, the audience was free to chat and speculate amongst themselves about the piece, and there were audience members giving input on what they thought the artists meant with the different objects. I feel as if the performance was a deliberate attempt to twist the human mind into finding a link as we are so often found doing in our lives — a pattern, and a cohesive narrative, to make sense of something that is placed in front of us, when in fact there could be absolutely none at all. (Or perhaps I missed a hugely important central theme ahahaha)

The second day saw Matt Adams, co-founder of Blast Theory, guiding us through the history of their works which proved to be hugely influential within the interactive media community. There was much talk of the transitioning of the perception of the Internet as a platform, when it first emerged, as a utopia of possibility, but through its privatisation and profit, it is now a zone where control is heavily exerted, and possibility has been whittled down to almost nothing. It has transitioned from a zone for the outlawed to a mainstream channel for dissemination of information. Works from Blast Theory that took place during such a transition that caught my eye were projects like My Neck of the Woods and Uncle Roy All Around You.

The project Kidnap also interested me in how it toed a  line and exploited legal loopholes in order to carry out what seemed to be an immoral and illegal act, that others actively took part in despite the negative tone the artwork carried on the surface. Their works are truly inspiring in the way they use digital technology in revolutionary ways to connect people without relying on superficial questions, through the true push and pull of real conversations and interactions, or placing people within different hierarchies of control within the performance.

Overall, the symposium has been an awe-inspiring insight into the world of professional interactive digital performances, and it is quite humbling to have renowned artists themselves dissecting their complex ideas and theories for us. The usage Adobe Connect and the chatroom function act as a alternative social dimension that truly evokes the concept of real-time interaction over space and time, and allowed us to make our thoughts known to the artists despite these differences. I thought it was an interesting how during a performance we could freely discuss in silence despite the geographical barriers, something that could not be done in real life because of the noise — which raises questions on the human perception of proximity relating to intimacy. Advancements in technology have led to us needing to re-evaluate our inherent perceptions and values, and this Symposium was an event where this was certainly done.