Having always been interested in typography, I was quite excited when we first received the brief for this project.

I’ve always loved looking at typographic styles where the alphabets are able to form the actual meaning of the word such as the following designs by australian graphic designer Dan Fleming which can be found here: 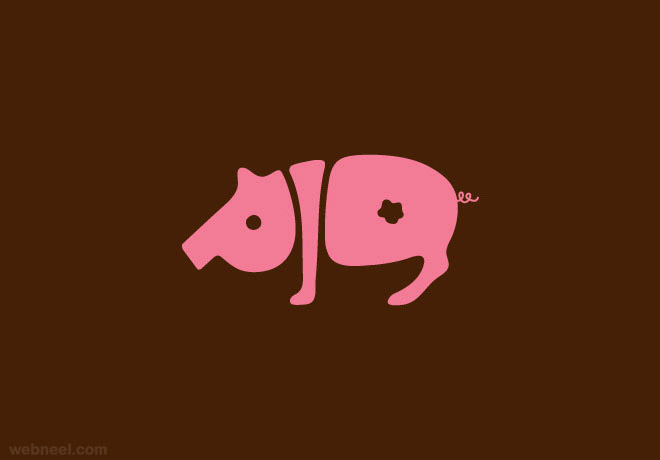 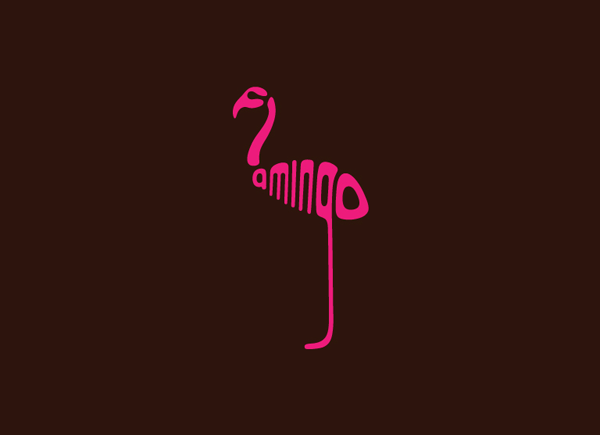 However, after a couple of consultations where my initial ideas were all rejected, we realised that the alphabets were not supposed to comprise of elements bending to form the letters but instead, to have elements adorning the letters. Hence, it was back to the drawing board and more research.

I also almost immediately compiled a list of potential jobs I could use so as to start brainstorming for ideas.

What my ideas consisted of in the beginning:

However, we were told to think of occupations which are out of this world and these were pretty basic as it is, hence, I had to go back to the drawing board and rethink. But to be honest, thinking out of the box like this was never my forte and in the end, my final ideas were still actual existing occupations as seen below:

My initial concept for this was a Milkman instead where the semiotics I used involved a bowtie instead of crates. 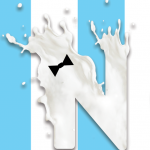 However, I wasn’t a fan of this design as I thought it looked more like some sort of hair pin instead especially when placed near the milk splatters which made the splatters look more like Fido Dido’s hair. Hence, I went to research more into the milkman occupation, with countless photos showing up crates, after which, I decided I liked that aesthetic better and came up with this. 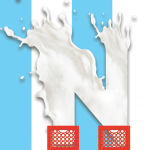 After showing one of my friends this though, she commented that the crates don’t fit in with the westernised stereotypical milk delivery style, and suggested changing it to wooden crates instead, which brought about my final design. I also like how the yellowness of the wooden crates tied in better with my blue and white striped background which were supposed to be reminiscent of the typical blue and white striped aprons worn by milkmen.

For this idea, my initial concept was to be a building painter instead, hence the sponge texture was really to symbolise the spongy material used in roller brushes instead of cleaning sponges. 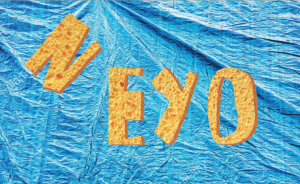 I placed it on a tarp background as painters often used tarp to cover surfaces of which they didn’t want to get paint on. I also wanted to have paint dripping down from the top of the alphabets so as to make it look more like a roller paint brush instead of just any cleaning sponge. However, after choosing this texture for my alphabets, I realised it really looked more like cleaning sponges instead of the sponge from roller brushes, perhaps due to the bigger pores and especially due to how this particular font is shaped as well. Hence, I decided to change my idea to dishwasher, of which I included the semiotics like bubble foam and put a dish to the back as the background to make it more evident.

My original idea for this was for it to be an animal skin collector instead, however while playing around with the “O” and also cause I decided to use the initial “NOM” for this composition which conveniently places the “O” in the centre, I thought it would be cool if I made it into a bullseye target instead, hence changing the entire piece into a poaching concept instead of collector. I chose a font which is more commonly used for ranger uniforms but depicted in a more worn down style (as seen by the holes in the font) so as to showcase a sense of compromise to the conservation. I also added a radial blur to the radial gradient to make it look as if we’re really staring through a rifle scope and a grain to place an increased sense of danger such as in horror games and movies whenever something bad is about to happen.

For this last piece, I wanted it to be more surreal in the sense that while I made my font look like the swimming pool, instead of an actual swimming pool draining holes (which I originally intended), I used a tap instead to imply more control over the action of draining. Also, in the spirit of my favourite surrealistic dark humour artist, Joan Cornella, I also included people swimming in the pools to add a dark surrealistic touch whereby they seem to be innocently going about their activities, unaware of the draining that’s currently ongoing and the possible danger theyre in. I also followed the artist’s usual colour scheme of pastel tones while using a complementary colour scheme of blue-green and red-orange to further hint at the conflict and contrast.

However, it was also due to these problems that I was able to learn from the experience and develop myself further in terms of skillset, particularly cause my main fallback has always been to use Photoshop for every assignment, hence it was a refreshing new experience to be able to experiment with Illustrator this time and play with all sorts of new effects that I never before knew existed.