She is a seer in the darkness of a dystopic virtual world, haunted by strange, disorienting sounds when people touch. Tiffany has a desire to lead her fellow beings in the colony into a safer third space to find new life and refuge with Angeline.  She boldly engages the colony in the discovery of new forms of images that are constructed through the rejection of “perfect media,” as a new world begins to take shape in the third space.

I developed this sketch based on the character of a seer. The top is more structured and rigid to suggest a sense of power in Seeri’s leadership of the colony. The skirt is more flowing to contrast with the top.

During the Skype consultation with Angeline, we thought of movements and what they mean to us. From there, we came up with a choreography based on the word “freedom”. Perhaps in relation to the character sketch, the seer has the duty of leading the colony to the the safe sanctuary of the third space. It is their place of freedom. Therefore, most of my movements are very sinuous to convey the idea of not being confined.

One part of my choreography is the start -stop voice over where I am on the floor, tucking and untucking my legs. It was interesting to note how my movements did not correspond the command of the word ‘start’ and ‘stop’ as I moved when I said ‘stop’ and kept still when I said ‘start’. 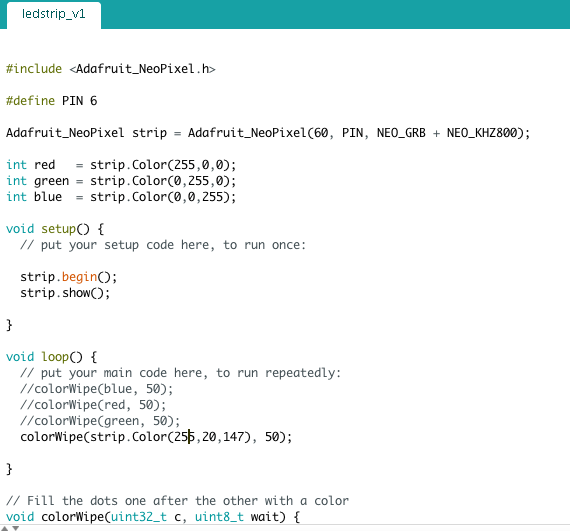 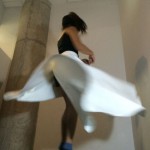 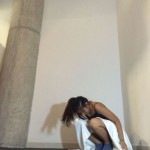 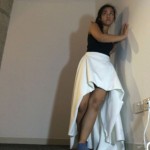 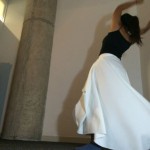