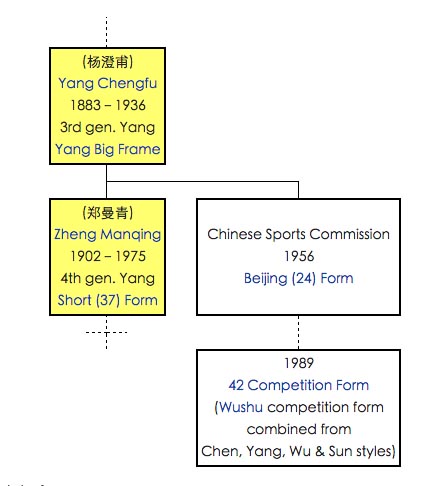 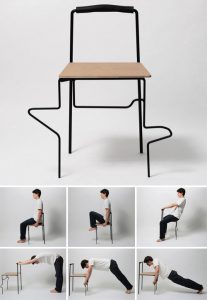 Treadmill too big to install in your home office?  Here’s a space-efficient way to flex some muscles during 15-minute breaks: the Tai Chi Chair.

Designed by  ESAD Reims student Yuan Yuan, the furniture sports handholds and footholds that allow you to perform a variety of exercises.  I’m not too familiar with Tai Chi, though, so I don’t know about the name.  Isn’t that the thing they do in the park with no equipment whatsoever?

The Tai Chi Chair is a dead simple seating chattel, with a wooden plywood seat and a small bar of cushion for the back.  The rest of the chair consists of the metal frame, sections of which have been bent in various shapes for use in different gym-like exercises (some of which, by the way, look like a one-way ticket to a busted nose).

Hopefully, the furnishing comes with instructions, since most people will likely be stumped about what exercises to do on the thing.  Plus, it’s probably a bad idea to use this as your actual working chair, since that bottom is flat and that back looks similarly uncomfortable.  Best save this as a spare for the occasional guest.

Personally, I like the idea, but the furniture’s overall usability as an actual office chair will need to be addressed.  Fortunately, the Tai Chi Chair is only a first version prototype that was intended for a proposed event (that, from what I can gather, didn’t push through, either).