This is the second project using cylinders, spheres and cones, exploring the relationship between dominant, sub-dominant and sub-ordinate and the movements among these 3 volumes. There is independent, dependent and precarious balance. 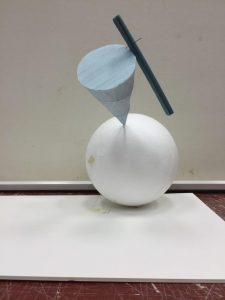 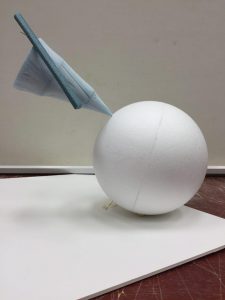 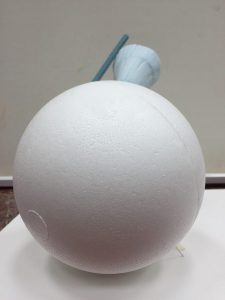 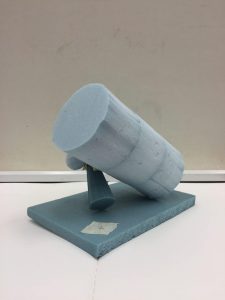 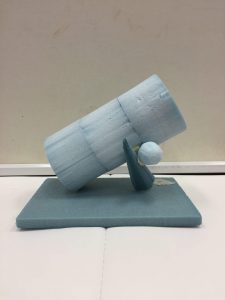 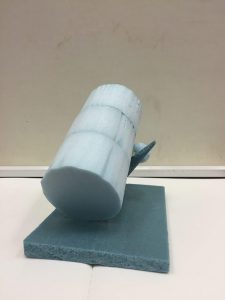 The dominant (D) is the cylinder, the SD is cone and the SO is the sphere. This is dependent balance. In this model, the sphere is too big compared to the cone. So, I thought of reducing the cone slightly and reducing the sphere much more all around. 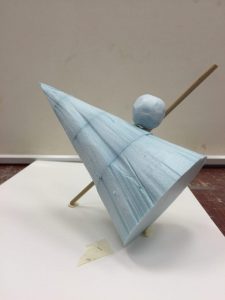 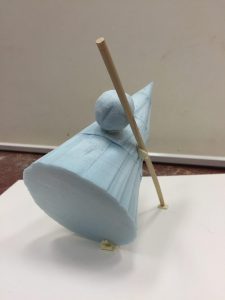 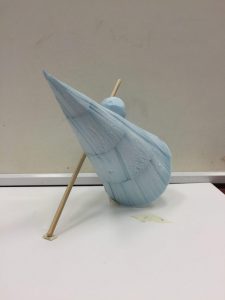 I'm a lazybug. View all posts by Hana