My group mates are: Renee and Jia Qi 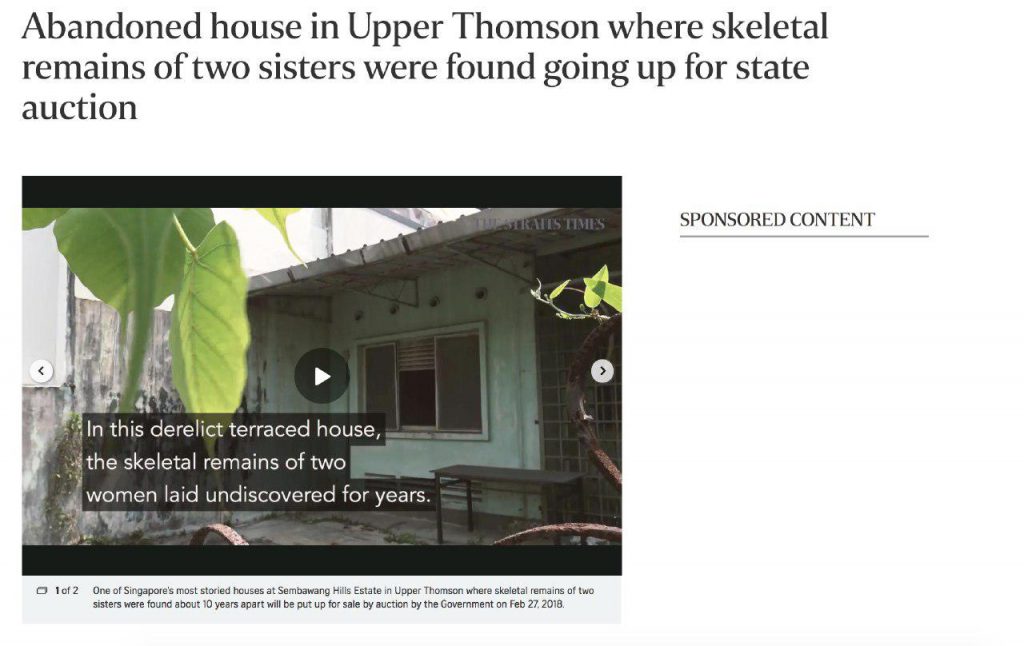 I’m concerned whether I’m digging my own grave honestly..

The perspective or character I am doing is a stray cat.

I saw this short film where the use of sound is extremely powerful.

There were non-diegetic sounds like train railway sounds when something bad is about to happen.

The clever use of instrumental music with the right rhytmn also brings out the mood and atmosphere, pushing the element of story telling.

The use of colour grading such as warm and blue light helps to convey mood as well. It was also able to create mise on scence which I found highly effective.

I love my penguins HAHA

The use of dramatic orchestral brings out tension and the mood as well.

The abrupt stop of music can also establish a sense of surprise, like when Rico swallowed the egg (lol)

As for what I am actually going to do…

Prof Henry told the animation side not to “kill ourselves”

I named it for easier identifying purposes…

Black Stray Cat who lives around the area

I needed Sooty to be cool and kind of mysterious. Maybe cute too..?

Thus I didn’t have him drawn in a too cartoonish manner. He still kept the proportions of a real cat.

I decided not to make our furry friend too fluffy so that his appearence can tie in with the mood of the story. 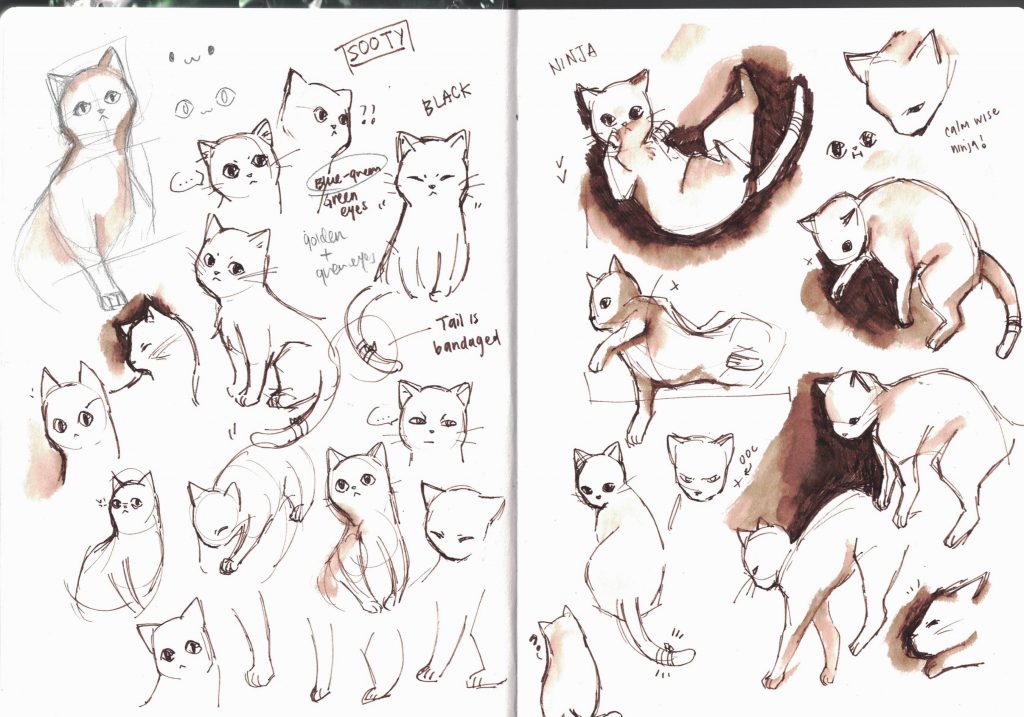 I wanted the landmarks of a cat to be very clear so I gave him the typical cat eyes, but with a little variation from the norm.

I needed Sooty to stand out but not too much. 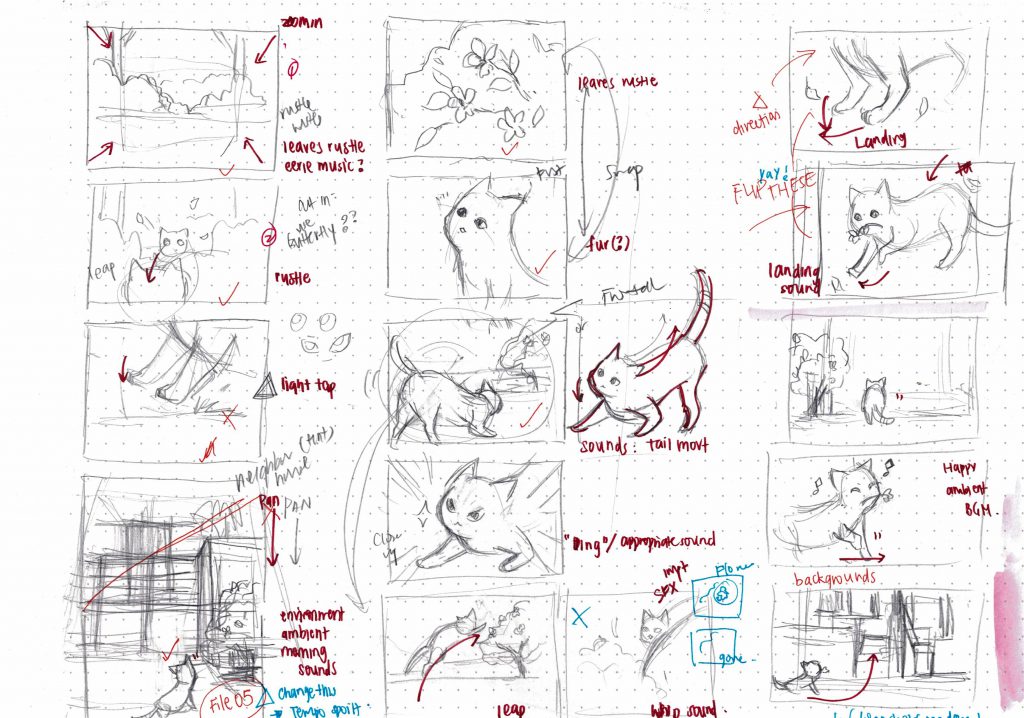 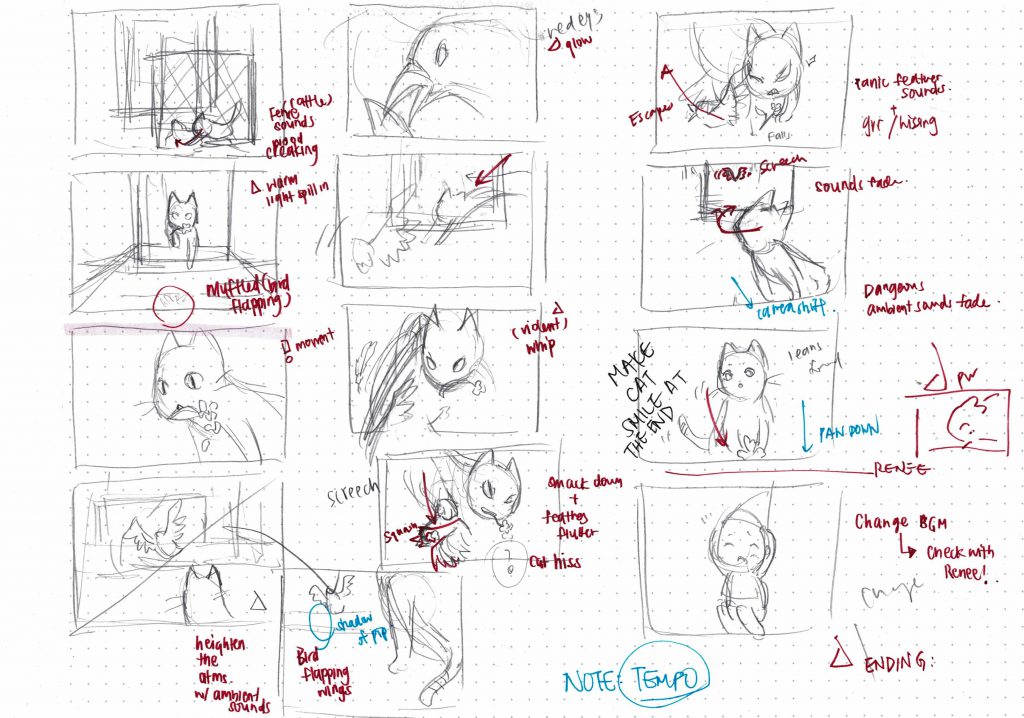 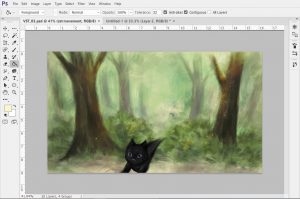 I saved a jpeg file for reference as well as for back up. In case the PSD file gets corrupted (fingers crossed) I still have something to fall back on.

Afterwards I imported everything to After Effects to assemble them. 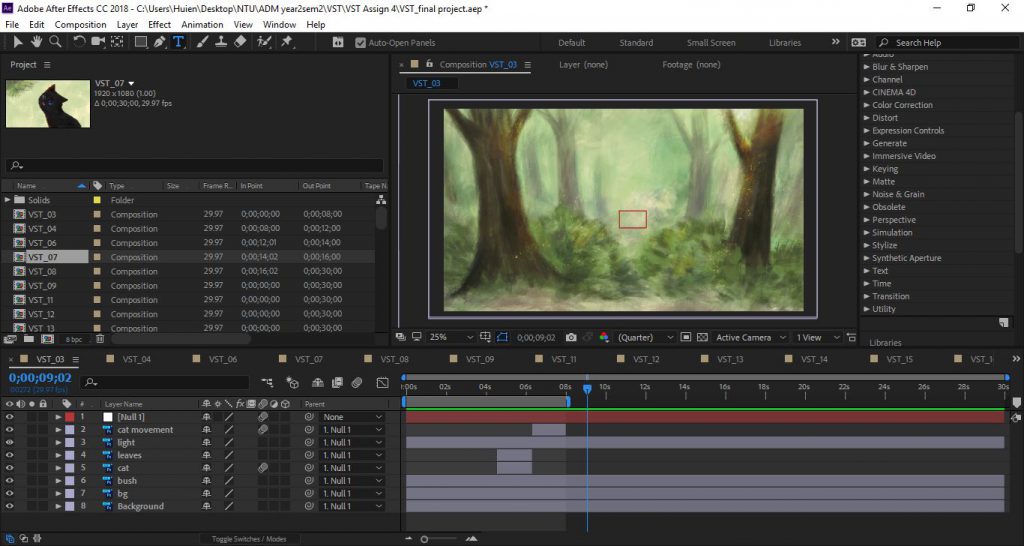 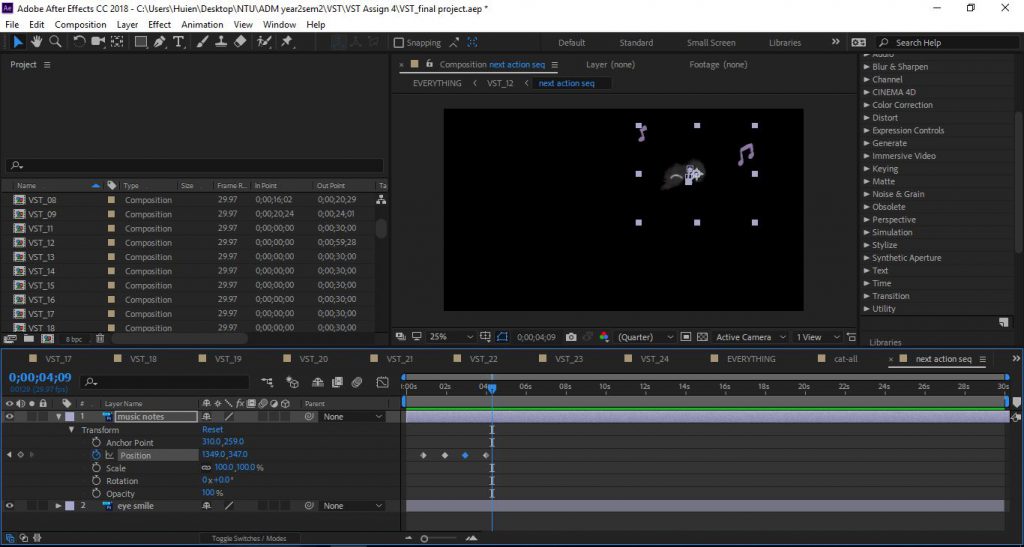 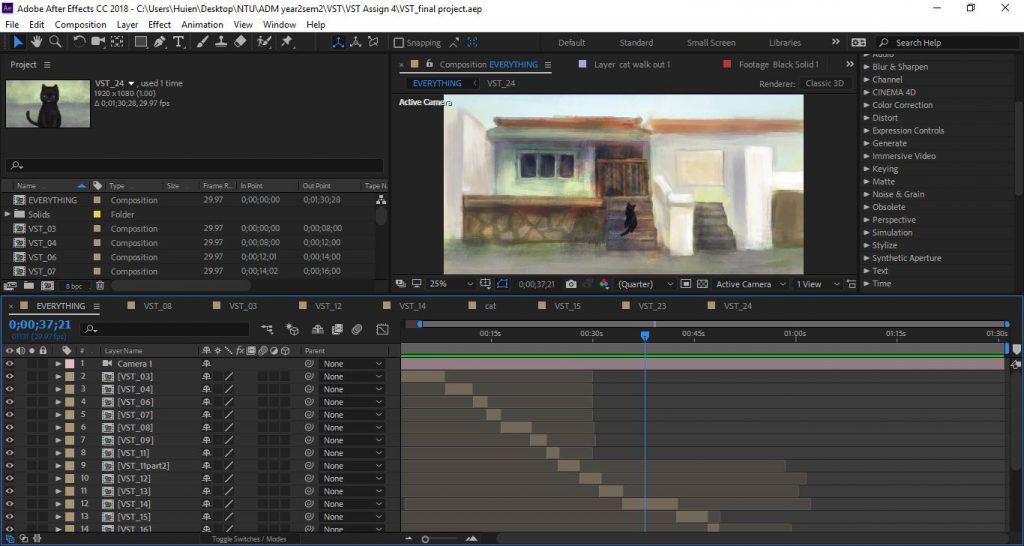 After all the motion and assembly are done I decided to just export the video although I have not added in audio.

I wanted a backup just incase and also to see what exactly I would like to add to the sequence. 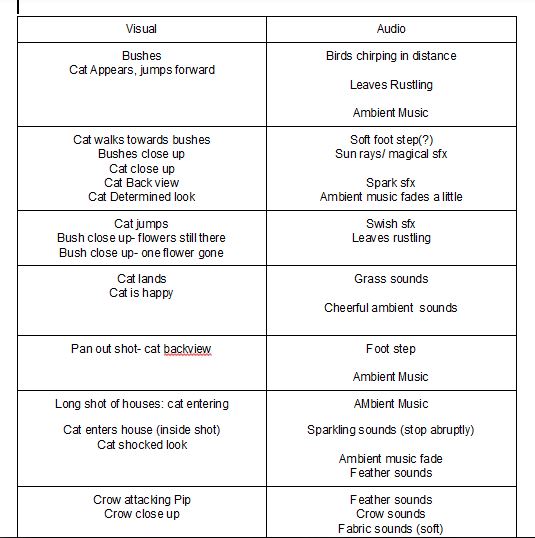 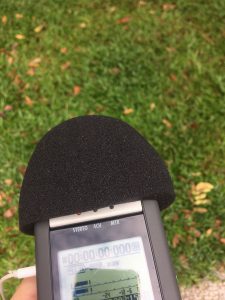 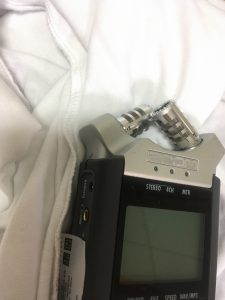 I used the zoom and recorded some sound effects and ambient sounds.

Such as environment noise, rustling and scratching sounds.

I cut different sections of my own recording and used them separately in the video to ensure there isn’t too much repetition.

I also used sounds from freesound.org

Not all of these are used but probably most of them. 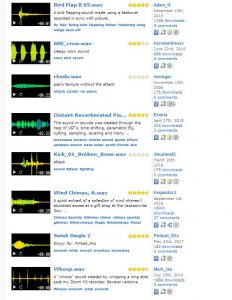 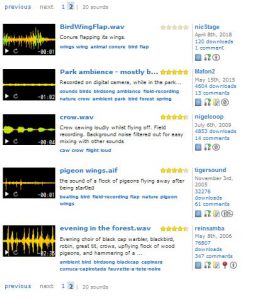 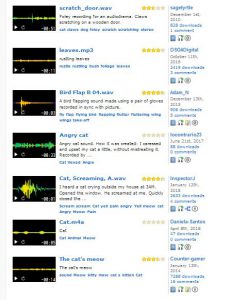 I layered the sounds to create more depth in the sound design. 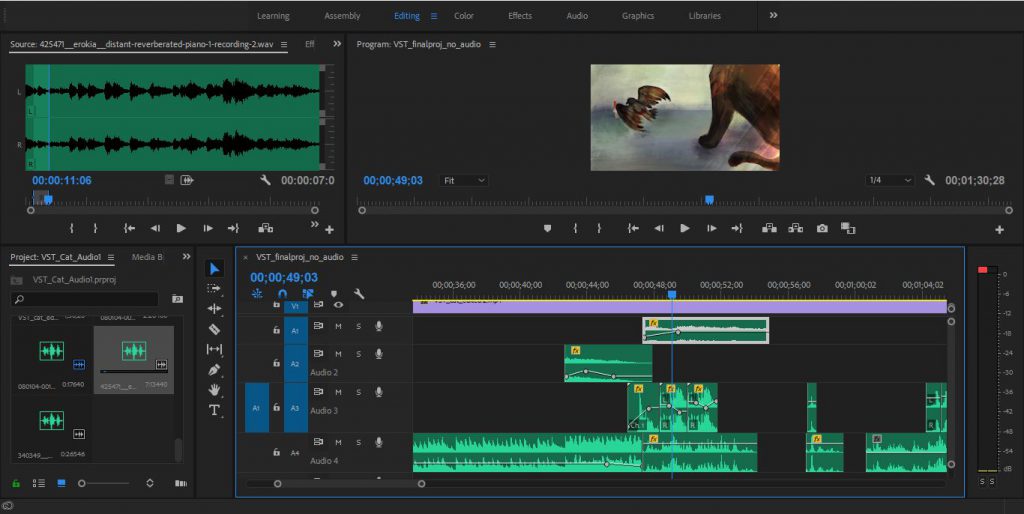 I also used royalty music (from youtube) in my video and they can be found here:

YAY IT IS DONE

This is technically only part 2.

This assignment made me realised how much I have taken sound design for granted.

Sound helps to tell a story especially when it is an animate.

Regardless the case, sound is essential to immerse the audience in the right mood and allow them to truly feel the emotions that we intend.

It took me some time to pick out the right sounds and music for the animation. I found out that it is not easy to find something that would be just right for the mood and changing the music could create an entirely different mood.

I now understand the need for films to create their own music. Maybe it is time for me to start learning how to compose music and pay closer attention to the sounds around me.

Other than sound, I also got a chance to work on staging to tell a story.

I’m glad to say I learned  many things in this project!