“Turning like oxen in plowing” was the thing that stood out the most to me during the lecture. At first it was cause I found it cute how the word was just a direct translation of the meaning but then at the same time, I could relate as to why it was adopted as a method of writing and reading.

I think we all had moments when we realised we read the same line of text or skipped a line of text from misjudging where the next line starts after finishing the line on the other side of the page.  (or maybe that’s just me) That was why I found this a rather smart and effective way of writing in comparison to our modern way of writing.

I was genuinely curious why this method of writing and reading was scrapped.
However after researching and reading more into Boustrophedon, I realised it wasn’t how I imagined it to be. Apparently, along with the sentence, even the letters in the words were flipped/mirrored. What I had in mind was something
would I but all at way this in reading mind wouldn’t I ,honestly and this like
imagine writing to be a nightmare. Anyhow, it was interesting to learn that this was once used as a method of writing in the ancient times as it didn’t occur to me that a different way of writing from left to right/top to bottom actually existed.

I came across this during my research which I thought was quite cool. This is a stele from the 6th century BC that features inscriptions written in the boustrophedon style. The flipped/mirrored letters are quite obvious in some lines if you were to look carefully at the inscriptions. 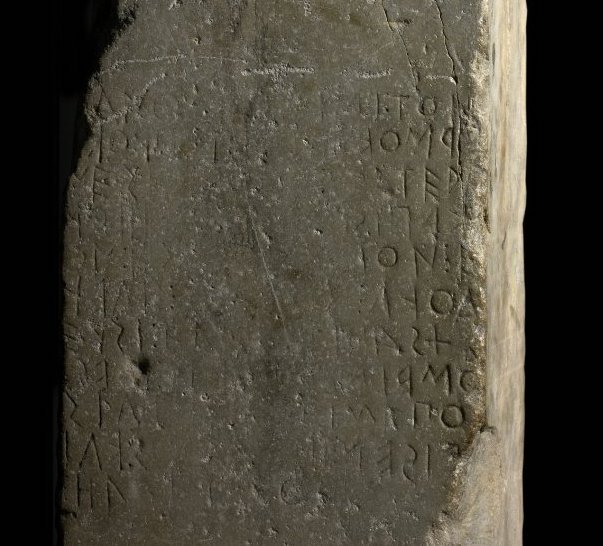