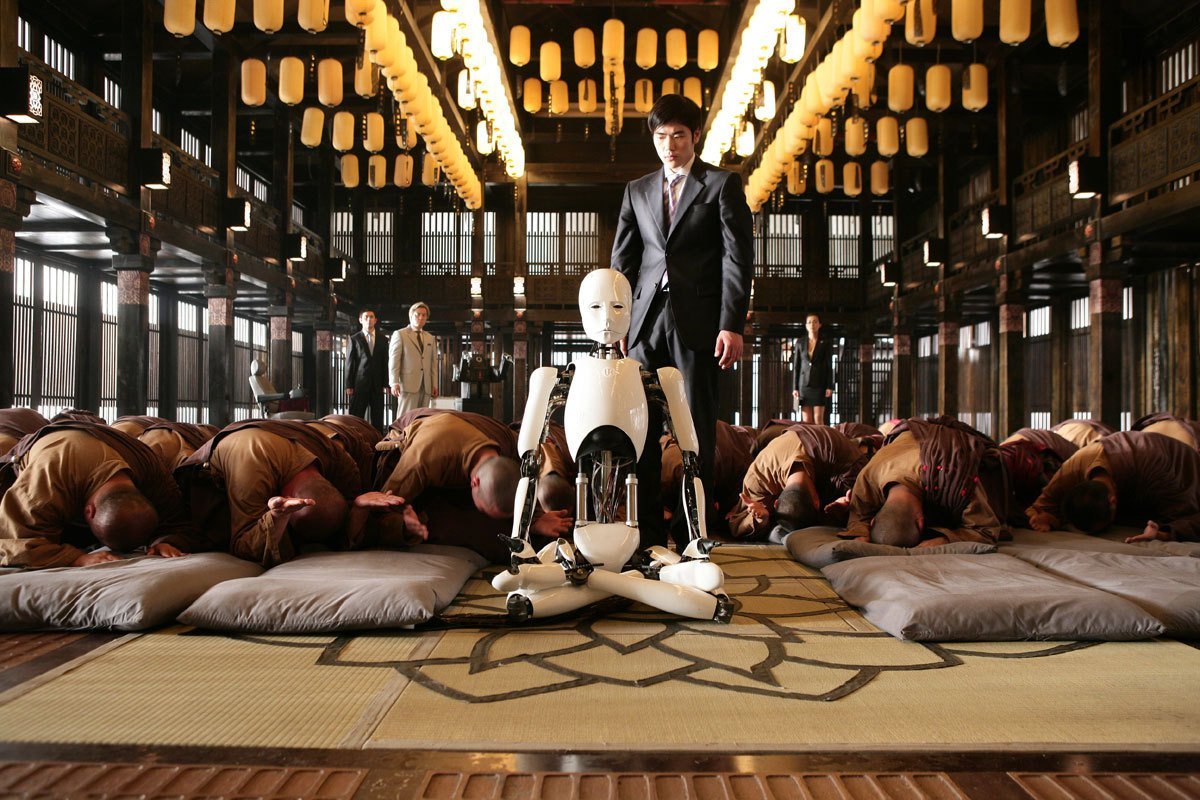 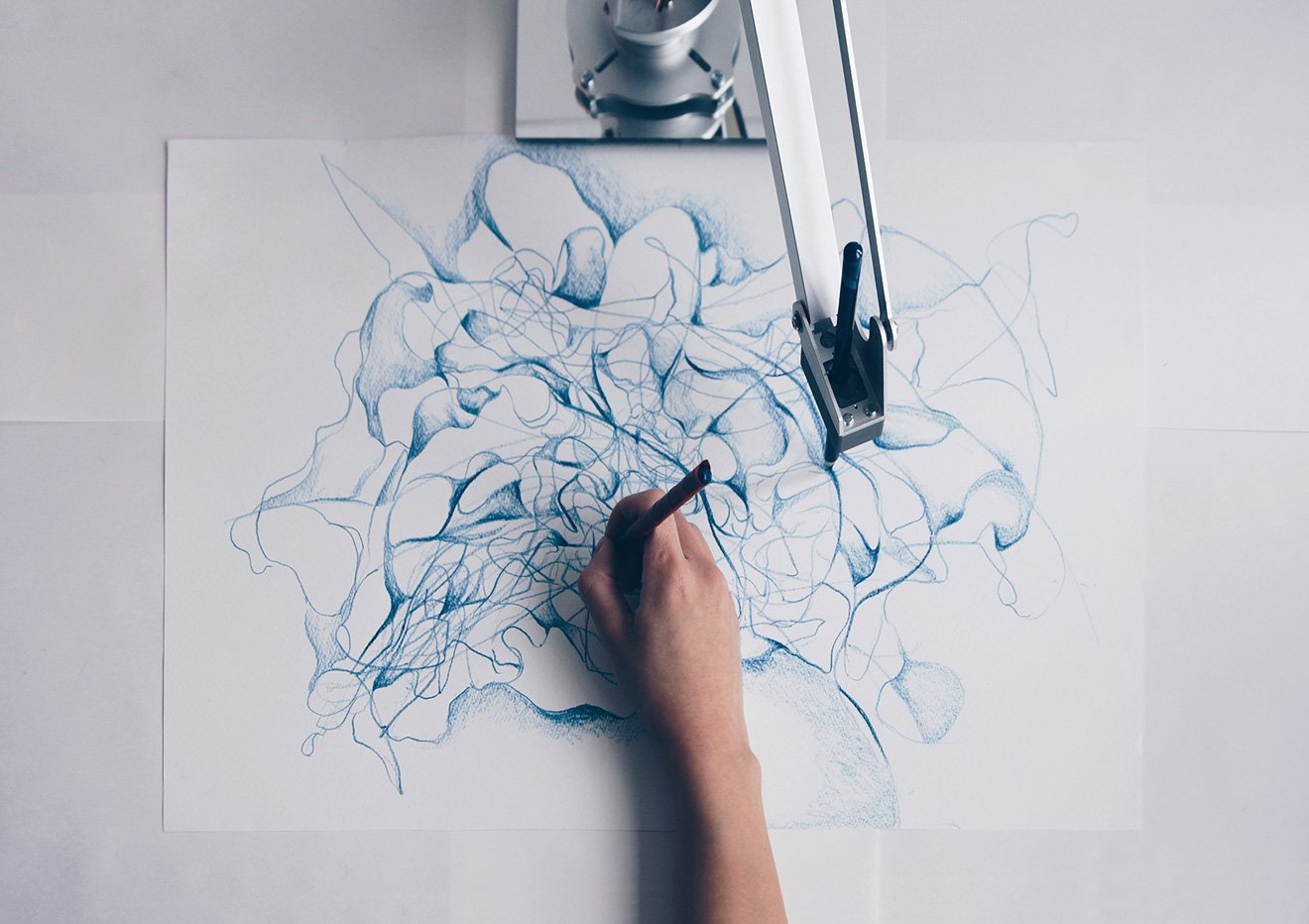 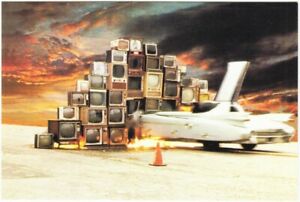 On display at the Hirshhorn Museum and Sculpture Garden, Washington, Pulse by Rafael Lozano-Hemmer is 3 big-sized exhibitions with “Pulse” in the titles. Pulse Index, Pulse Tank, and Pulse Room.

In 2003 during Lozano-Hemmer’s wife pregnancy, he realised he could listen to the sound of the foetus’ heartbeat through a ultrasound machine which translates electrical impulses along with other data into an artificially produced heartbeat. He explains in his foreword that despite the heartbeat being artificial, the symbolism of life and love was not lost.  Be it real or artificial, heartbeats are instantly recognisable and laden with universal meaning.  He brought together three of these installations – Pulse Index (2010), Pulse Tank (2008) and Pulse Room (2006). 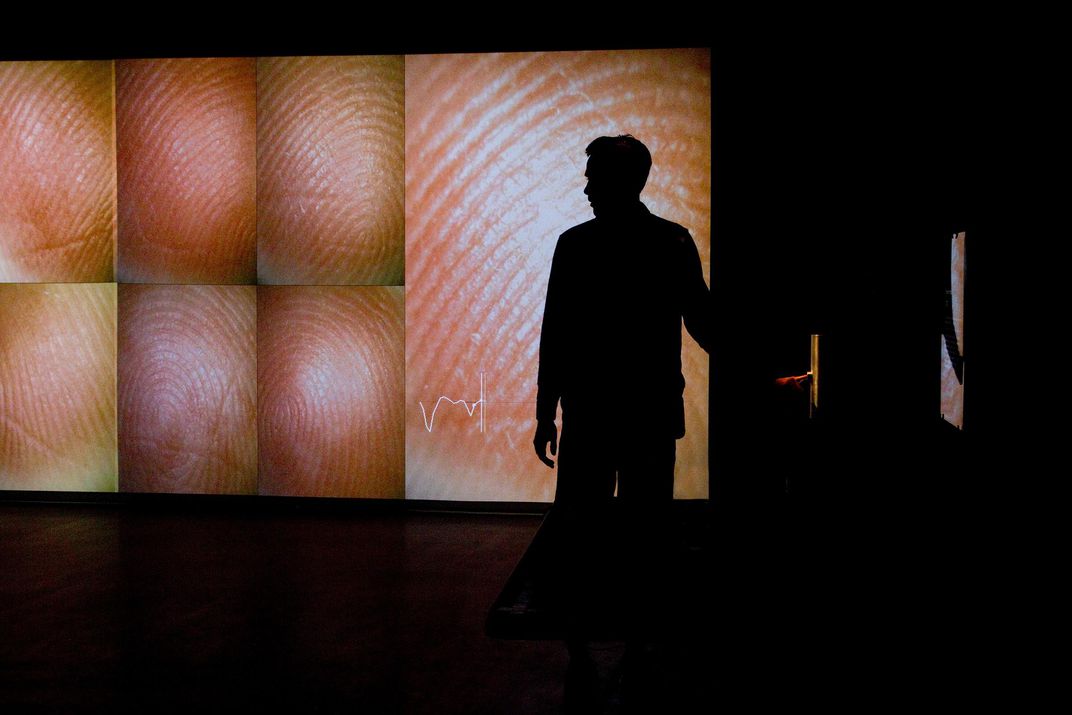 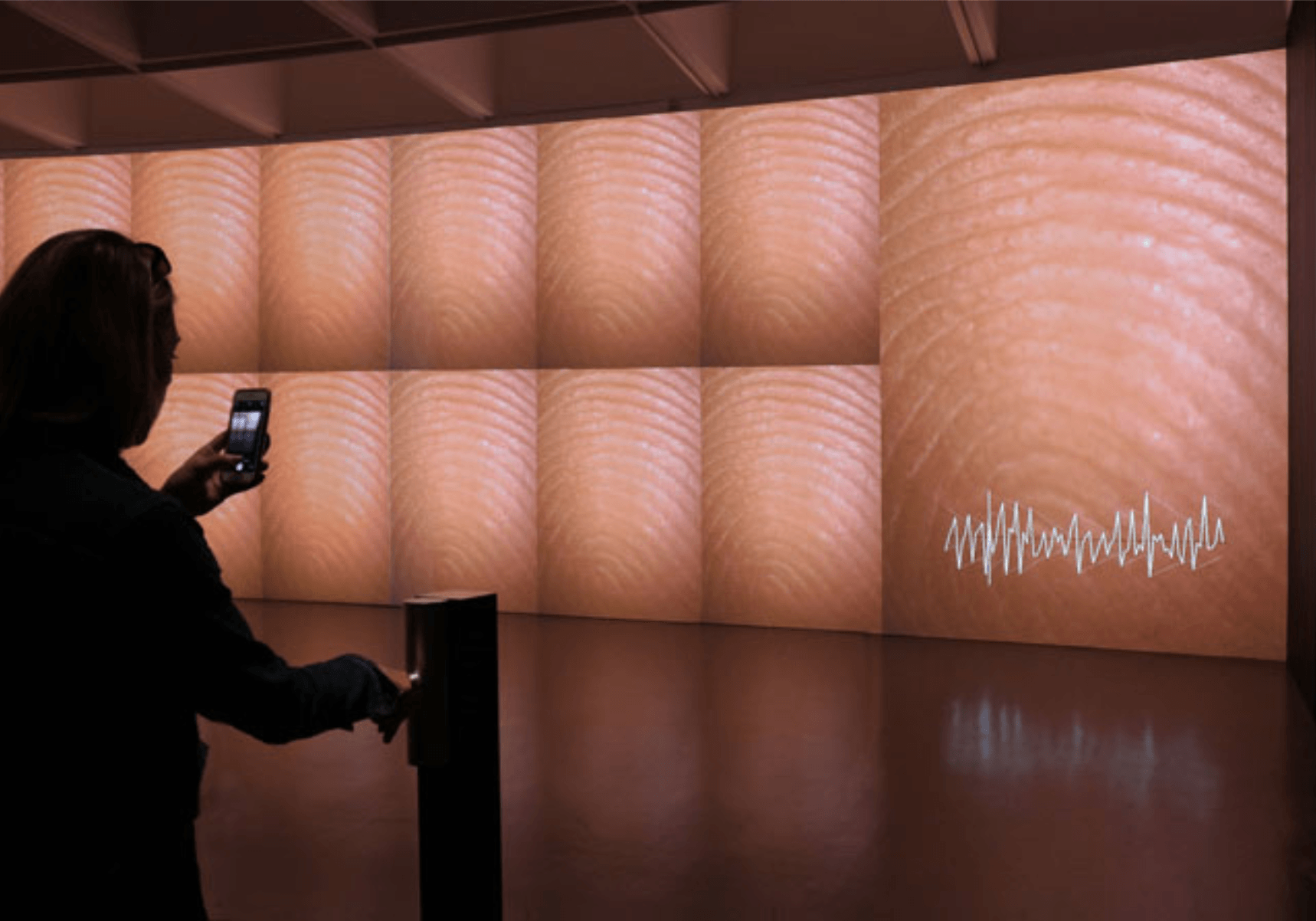 Pulse Index is the first out of three installation. Visitors are asked to place their fingers into a sensor where photos of their fingerprints are being taken, along with their heartbeat. The images are then displayed on a screen with images of fingertips belonging to previous visitors. The high definition photos shows the unique fingerprints along with details such as  of sweat beads etc. 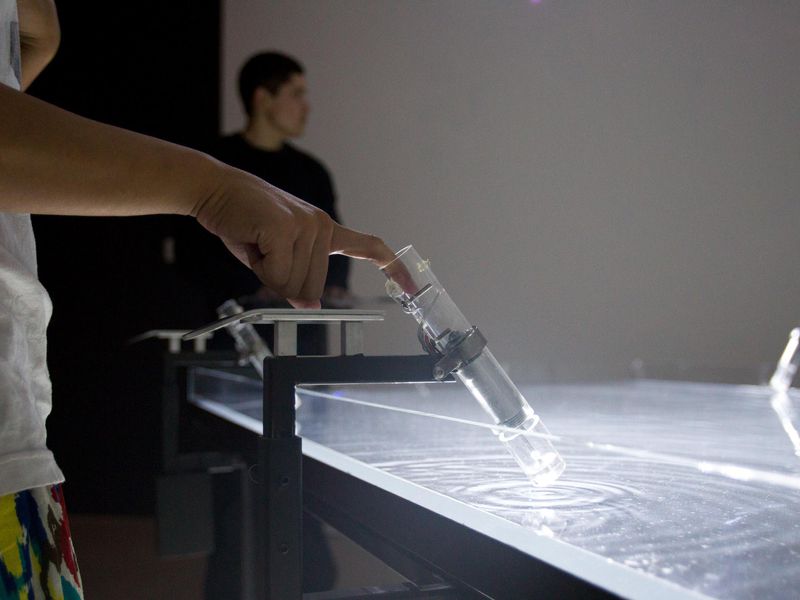 Pulse Tank asks for visitors to insert their finger into a sensor whereby their pulse is being taken and transmitted into ripples on the surface of shallow water in a tank. Each tank consists of 4 of these contraptions which allows multiple people to create ripples at the same time while letting them to overlap. Lights are being shone onto the tank which projects the ripples on the wall and floor. 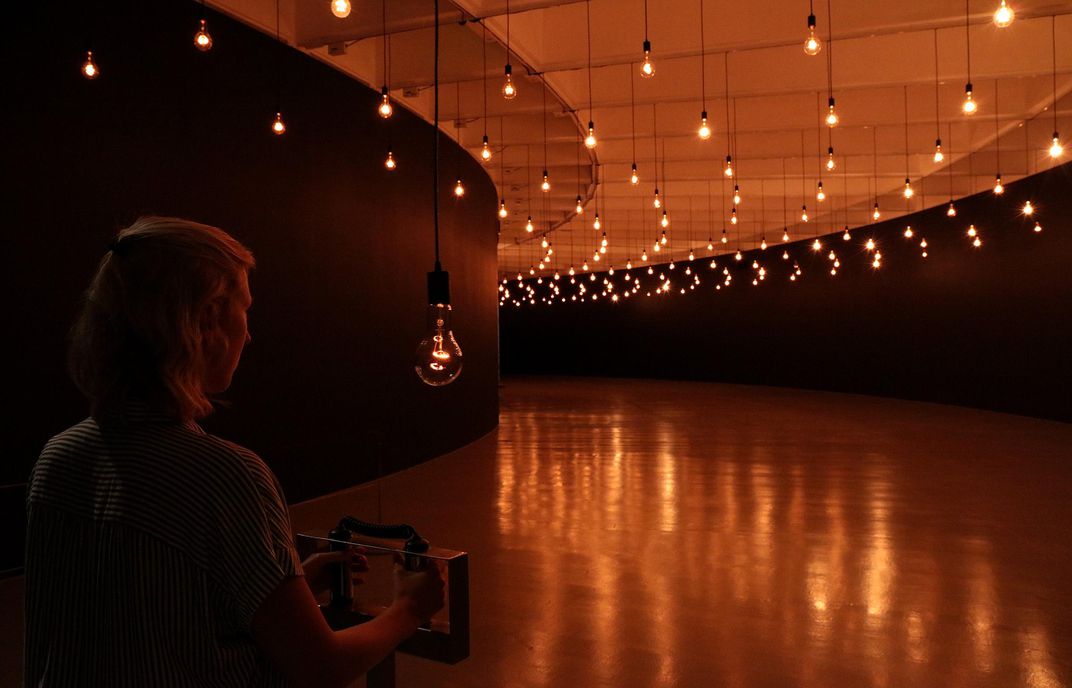 This installation is probably my favourite amongst the three. Hundreds of lightbulbs hang from the ceiling, each flashing irregularly. At the end of the room is a sensor shaped like a handle. Visitors are to hold the handle to have their pulse taken, which is then transmitted to the very first lightbulb in front of them. Additional heartbeats from upcoming visitors will then move those before them forward down the room.

I find it compelling how hundreds of heartbeats from different people are being recorded and represented in the same space as flickering lightbulbs. As mentioned on one of the blogs, I do feel like this reminds me of our previous IM 1 project portrait. Seeing the unique heartbeat of hundreds before you and having your own being added to part of the installation truly feels like the visitor is contributing to the artwork. The interesting part of all these three installations is that without the visitors, these installations will cease to exist which is what makes it truly interactive with its viewers.