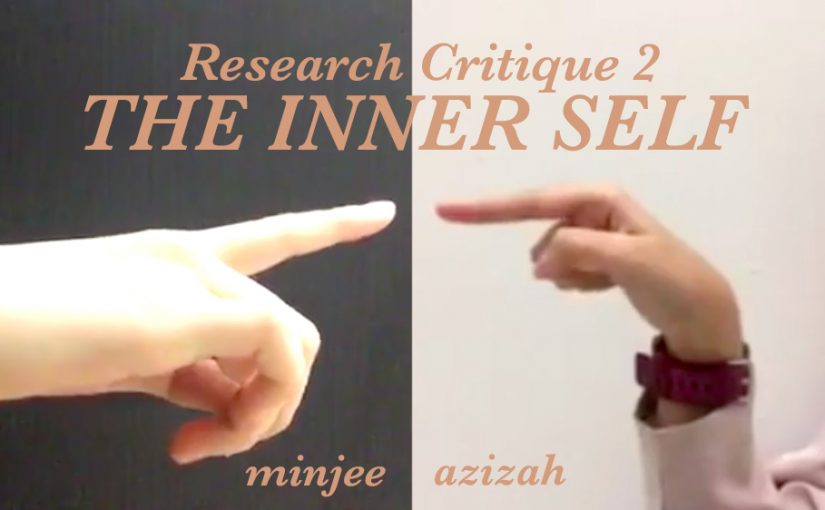 Our project took advantage of Facebook Live’s split screen to create symmetry with hand gestures, facial expressions, and drawings as shown below.

This allowed us to create a “person” in a performance space that does not exist in reality. In other words, we created a “third” space which is “…the fusion of the physical (first space) and the remote (second space) into a third space that can be inhabited by remote users simultaneously or asynchronously” as Randall Packer’s The Third Space says.

“Third” space in our case is the creation of a “third” body by having two individuals (Azizah and I) becoming a singular individual collaboratively. This individual despite having halves of its bodies in different location was able to perform the same tasks from each half. Maria Chatzichristodoulo states in Cyberperforamnce, “Telematic performance flourished in the dance technology field in particular, as the absence of textual narrative and the focus on movement and visuals made such explorations more intuitive”.

I found this to be true because the main method we used to collapse boundaries in the third space was by focusing on the visual aspects of the performance. For instance, to create the impression we are a singular individual, we would put together half of our faces to create one face and show the same emotions. This seemed more effective than using sound because we’ve been exposed to listening to music on sound systems even if we do not have a live band playing.

An interesting fact is that Azizah and I did not really know or talk to each other prior to working on this project together. It was possible to create closeness and intimacy after the Facebook Live despite interacting in a fake space. I believe it was possible because:

1. 2 of our senses (vision and hearing) was being involved in the interaction

2. As Packer suggests, “The digital natives have never known another reality…”. As such, being able to Skype and video call others is an everyday reality for Azizah and I. Being “digital natives” we might be unconsciously accepting interaction in a third space the same as interaction in real space. Thus, we felt closeness and intimacy.