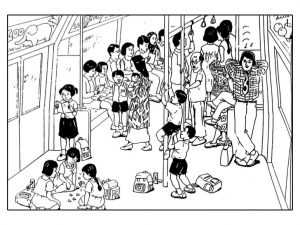 “A picture speaks a thousand words”, was one of my most remembered quotes from “The Princess Diaries”. Through oral examinations in primary school, where you had to go through a picture discussion component,  I thought about how much you can say about a picture alone. With so much going on, there’s definitely a 1000 words to go about it … But what if I take out all of the background details and give you a not-so-obvious picture? 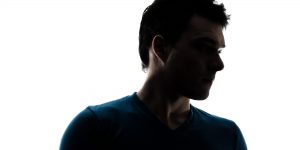 I came up with an idea of having a blank background with a person silhouette. Accompanying this visual would be sound clips that you hear from the “everyday”. It could be from the typing/ printer noise from the office, to chatter and munching sounds in the hawker centre. By having a blank canvas, it allows for the person to add in ‘ideas’ based from their own experience.

Here are some noise clips I’ve recorded that would add on to the experience mapping. What do you think of them in relation to the picture?

With a few adjustments to these clips, or including more elements of noise, the viewer is able to grasp more details about what the figure in the picture is doing. There are much more possibilities for a still image to blend with a sound byte. However, I felt that this experiment could be highly dependent on the sound than the picture. I wondered how else can a person map themselves in other methods through images and stories, a sharp contrast by not having ‘sound’.

Books are one such example. 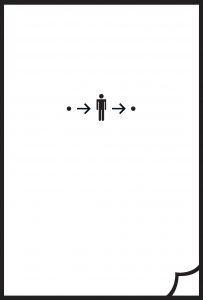 Thus, an interesting product (book) that came into mind was Xu Bing’s “Book from the Ground”. The author describes it’s cover as ‘from point to point’, which is also how the reader would comprehend the graphic novel. I thought that this could be a form of ‘image mapping’ as the reader understands the emoji (emoticons) and it’s underlying ‘story’ combined. 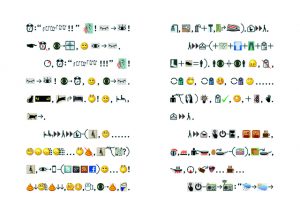 In the above pages, the ongoing story is that the man is preparing for his date. It’s really interesting that we are able to ‘read’ without using alphabets. But it also gets difficult, or tiring, as we are not used to translating a symbol to a word in a string manner.

I thought about the two ideas and if it could eventually match up to be a sequence based video on signs and sounds. An emoji of a man + the noise of a shaver immediately tells you a man is shaving, an emoji of a dog and sound clips of birds whistling reimagines the place of a park. So and so on.

That’s all for my sharing today. 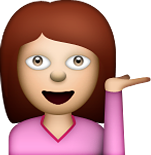 It is an incredibly well informed introductory chapter on the sidewalks of Ho Chi Minh City. Even though they do not have the necessary tools to see and comprehend the events occurring near them, Kim and her team (consisting of Vietnamese and Americans) researched thoroughly into the subject, outlining the problems of it’s use of public spaces and property rights. At the same time, looking at it’s spatial ethnography and critical cartography. From a foreigner’s perspective, Kim states her processes on how she had cultivated a deep understanding for the Vietnamese way of life. I’ve drawn insights that we shouldn’t unnecessarily judge too quickly while conducting the research and to also interact with locals for a more qualitative result.

While I have not been to Vietnam, I would relate with the usage of sidewalks similar to the streets of Singapore’s Chinatown, where a road would transform into bustling food stalls at night. It is an avenue for people of all ages to gather and interact, and have a good time together. As much as it is to food, there are also stalls on the roads selling snacks and souvenirs.

Question 1: Shouldn’t there be a dedicated spaces to host sidewalk activities without being pressured by the local authorities in HCMC? Drawing some experience from Singapore where there’s a “Speaker’s Corner” at Hong Lim Park, served as a exclusive area for freedom of speech – I felt that Kim’s idea of constructing a “tourist’s map” would actually distance the locals from entering as it would be popularised, landmarked and crowded.

Question 2: With an upcoming generation of technology and e-services, to what extent would these sidewalk vendors thrive in the long run?