This project took me a long time to conceptualise. First of all, I always have a desperate need to connect with my work. I need that motivation of feeling passionate about what I was doing and the message I was sending. I sat myself in the library for three hours, staring into space, into the ceiling, at the books. I probably came off as insane with all the looking around I was doing. I ended up having quite an artist block with this project initially, because no matter what idea I tossed out, I hated almost all of them.

(Unfortunately, I lost most of my pictures and sketches so I only have the three below. Sorry. 🙁 )

After rejecting about five ideas or so, I finally came up with three I was quite okay with. 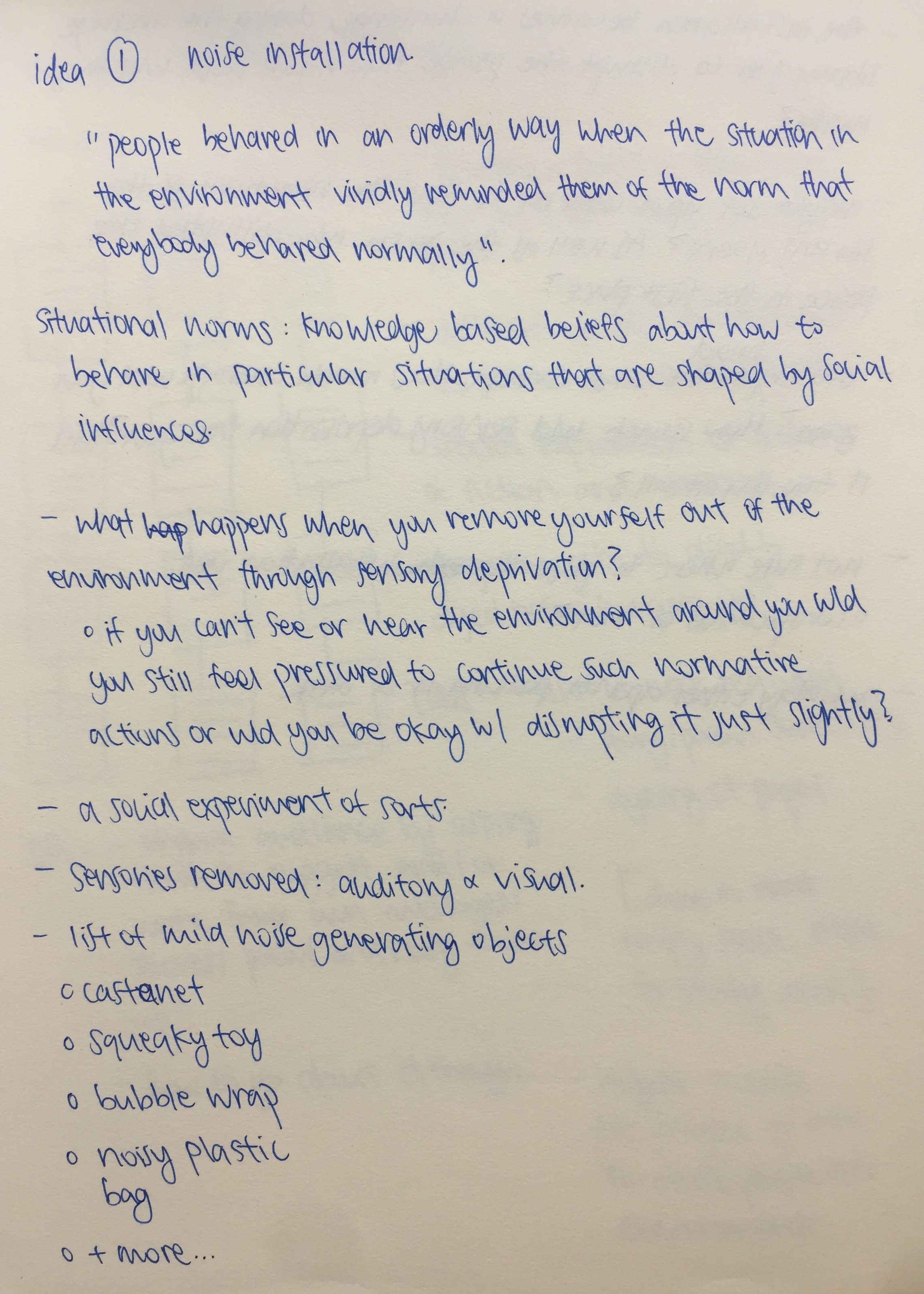 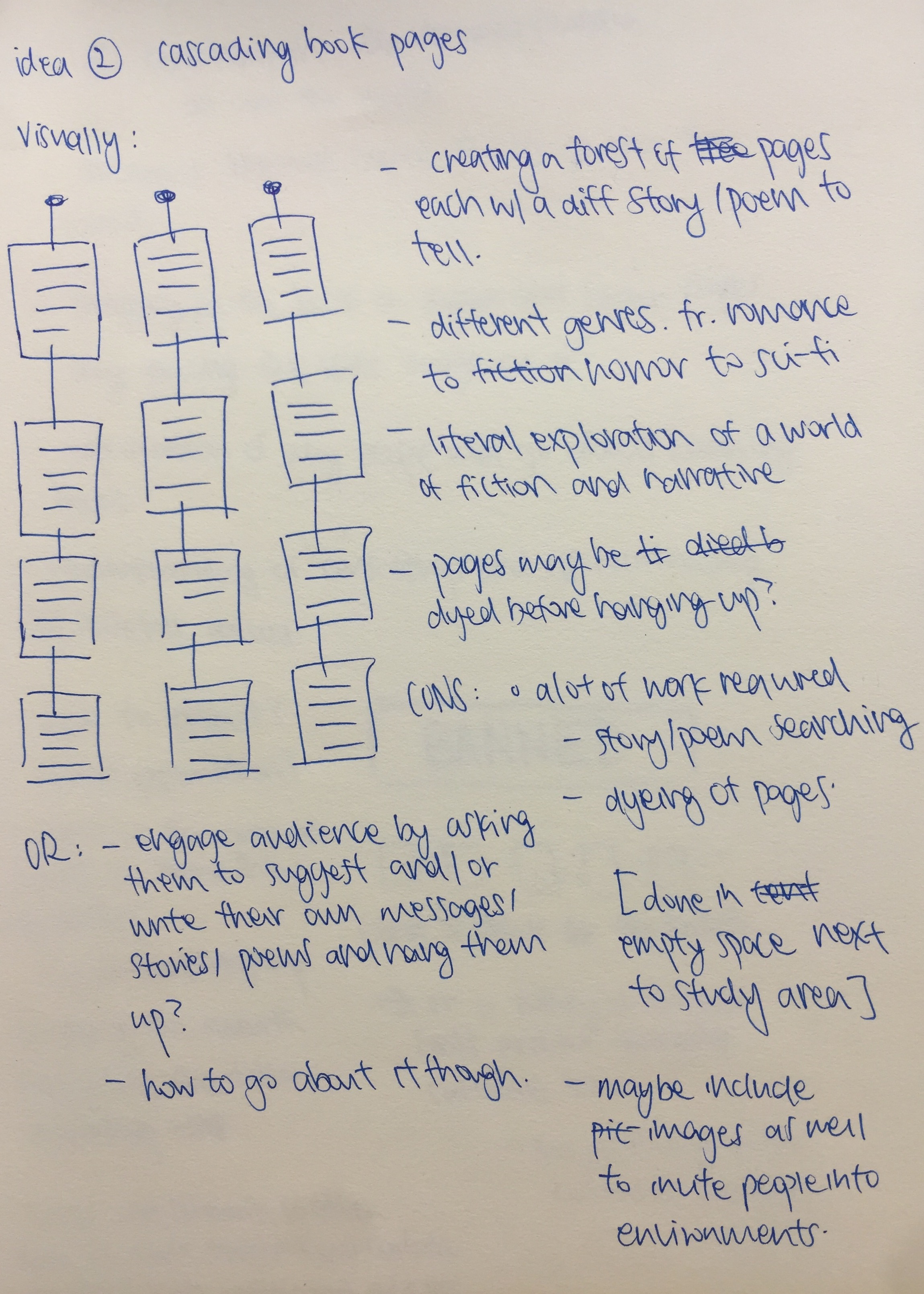 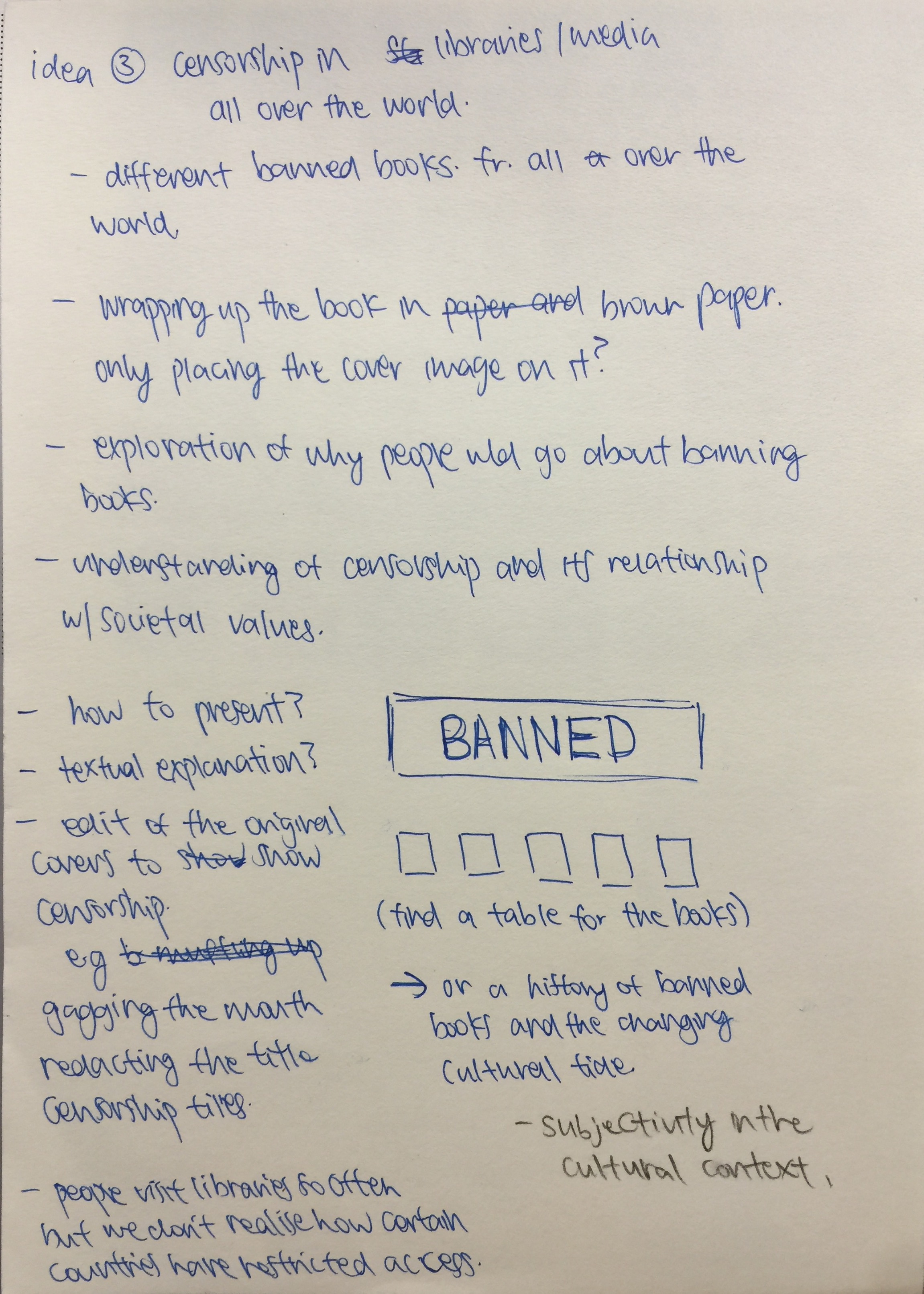 Finally after much pondering, I found that I was most passionate about the last concept.

I did a lot of research (Goodreads was a great help) about different banned books from all over the world. Initially I was going to go with something more serious, but after seeing the ridiculous reasons books were getting banned for, I decided to alter my tune.

I came up with a list of possible books I wanted to use for my work and their respective information:

The place I decided to utilise for my installation is this particular area. I thought the structure was interesting, and I could utilise both the pegs and the pedestal in my work. 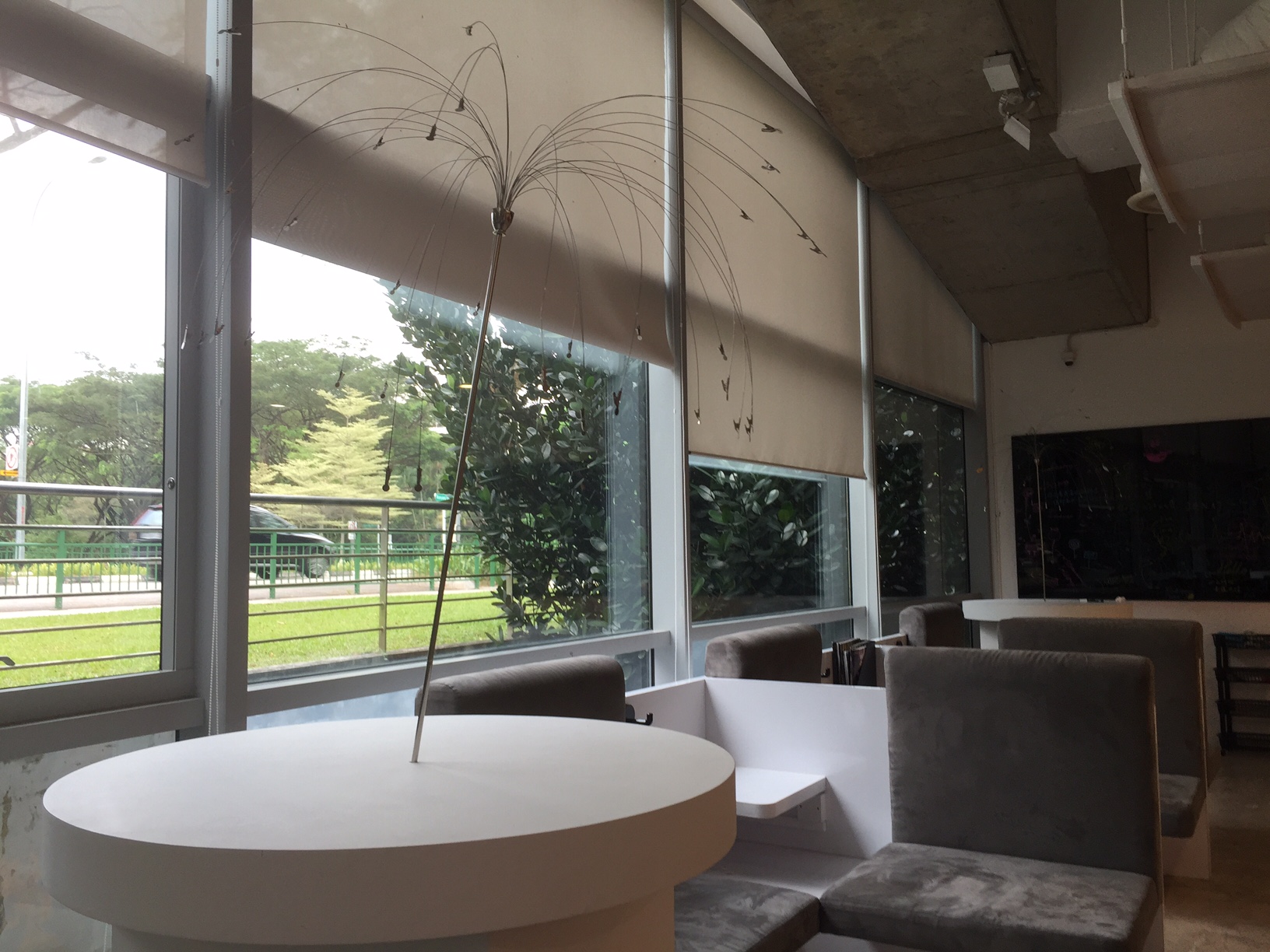 Initially I wanted to toy with visual imagery but it ended up making the book (and the protagonist) look like they were on a hitlist. So that idea was scrapped. 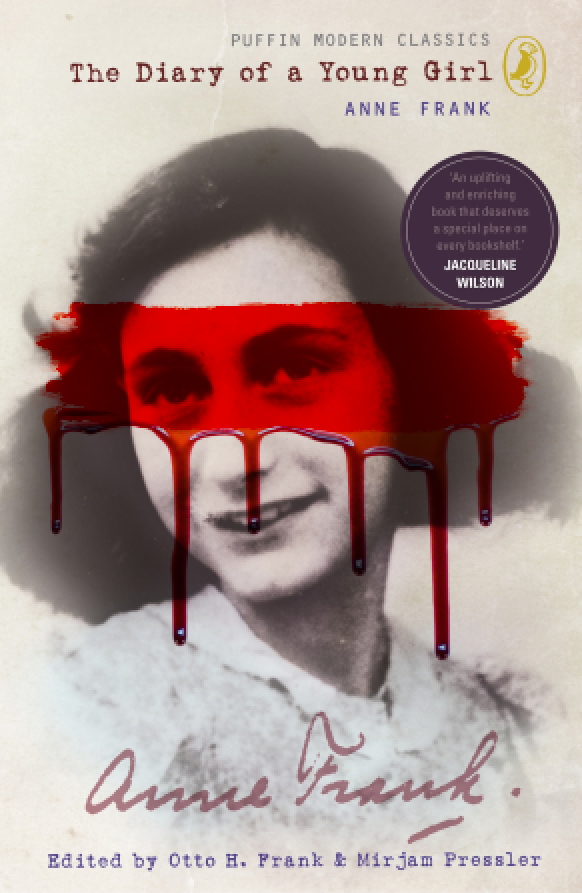 (Felt a tad bit disrespectful too since she died during WWII in terrible conditions.)

I decided to alter the concept to library cards, as that’s what people used to borrow books before. Most of the books that I mentioned were also explicitly banned by specific libraries in different countries, so I figured this imagery would be cohesive with the entire installation. I obtained this base picture on google, before editing it  to reflect the details of the book. 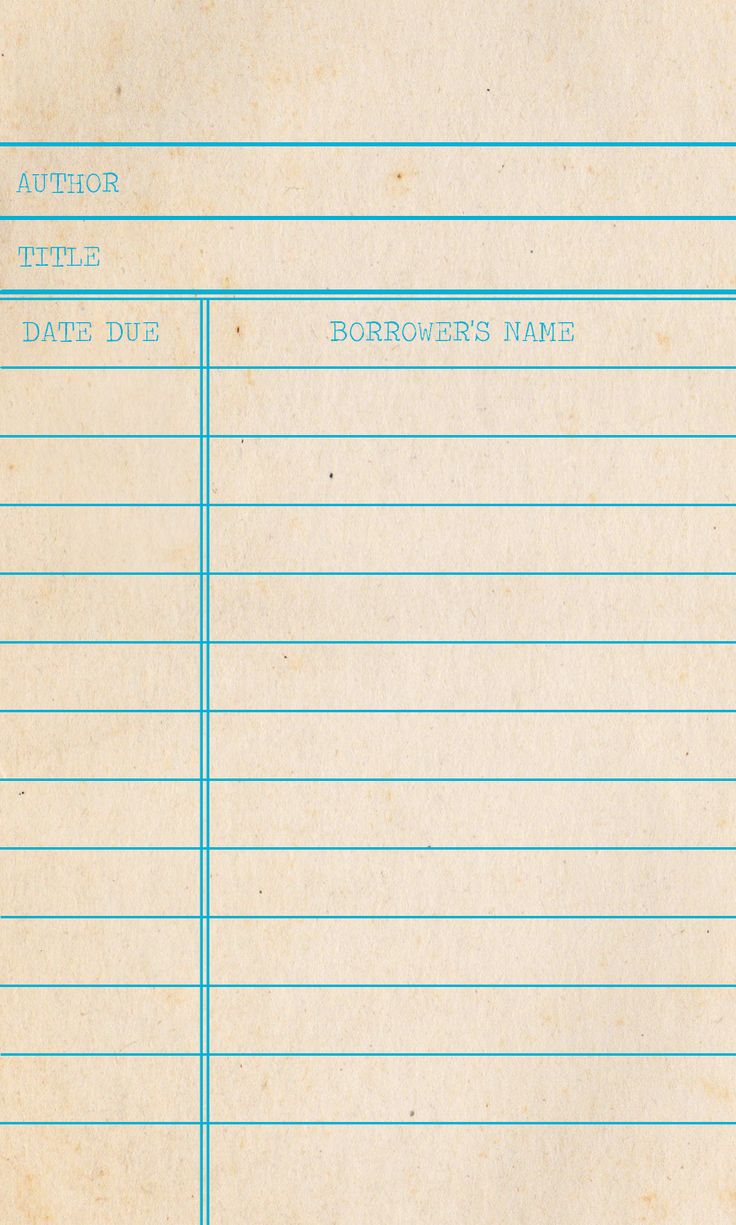 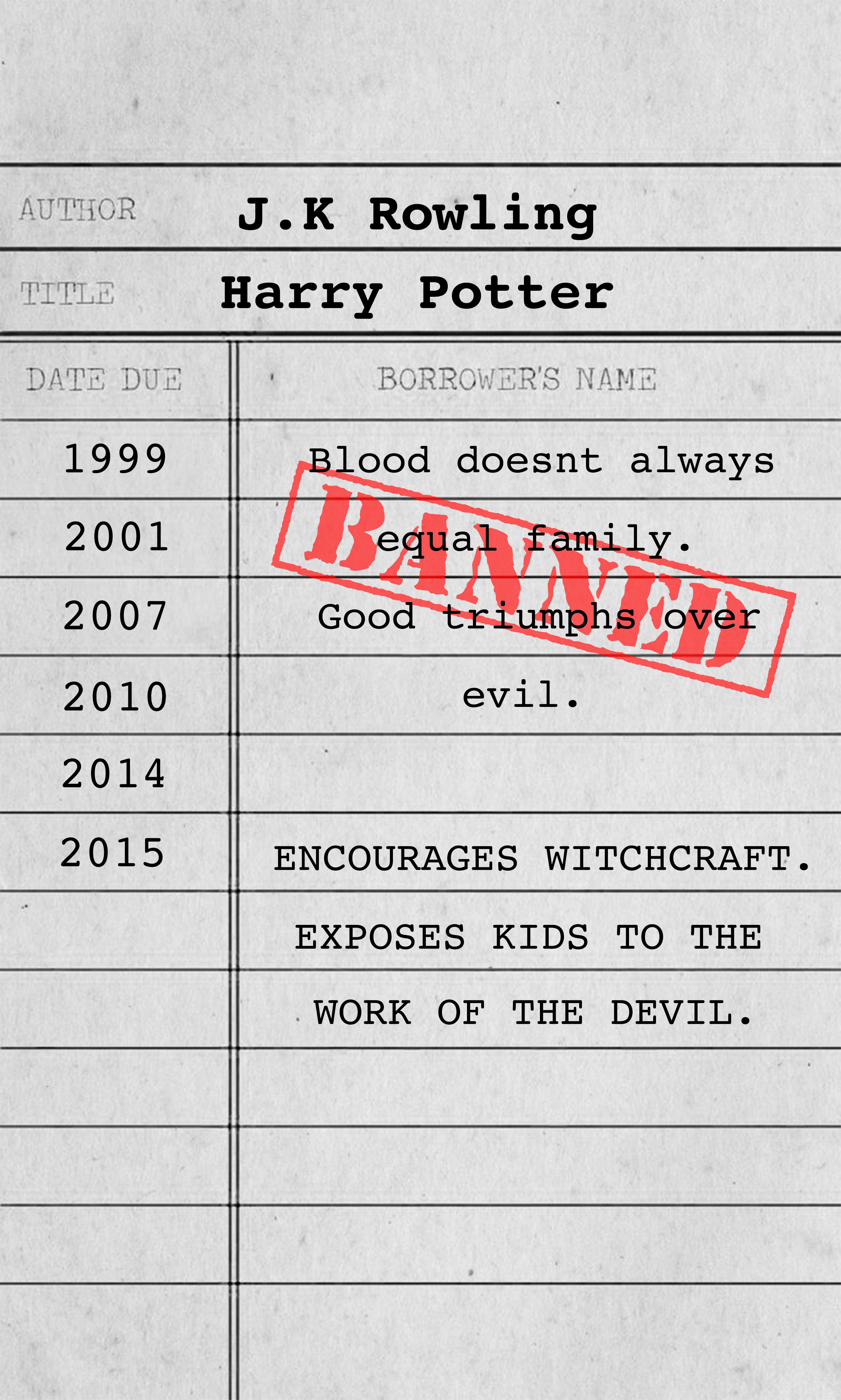 I ended up changing date due to censored for greater clarity.

I also approached the work with a more satirical and sarcastic tone. As someone who is much more on the serious side, this is something I have never really embraced before. It ended up being an extremely interesting process for me as I developed my work.