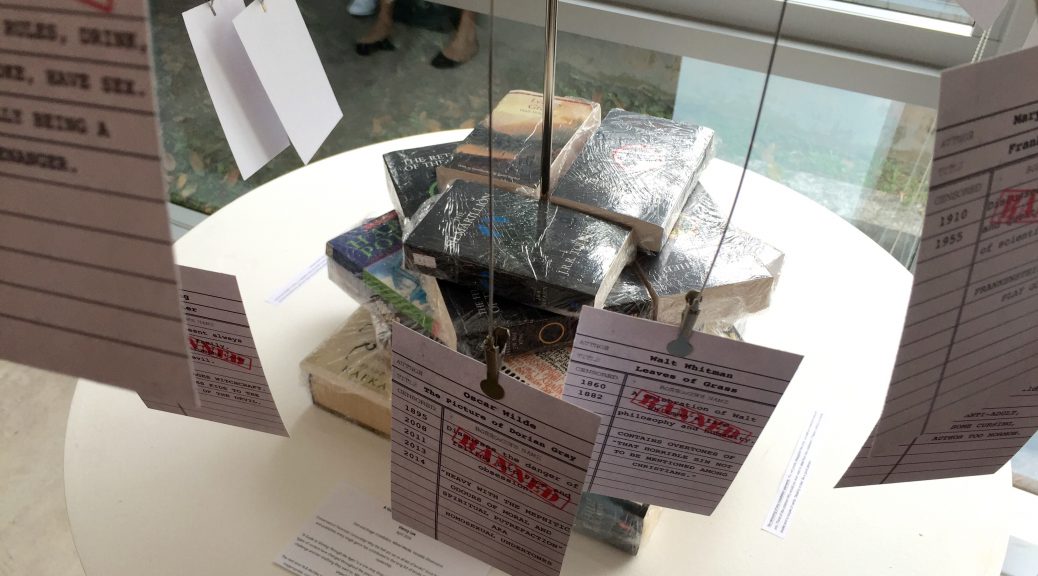 This installation was some of the most fun I’ve had with a project since school started. In the past, even in Sem 1, I’ve tried way too hard to make my work serious, respectable and “artsy”. I may be emotionally invested and driven as I conceptualise the work, but once it comes down to the actual execution, I lose steam very quickly. Art for me was starting to feel static; I didn’t know how to add life into it. So for this project, I went on a completely opposite route and decided to just have fun. It could backfire on me for all I know, but at least I was able to say that I enjoyed this installation and it is truly something I’m proud of producing. Something I don’t often say about my work.

I am generally of a pretty serious and quiet temperament, but I decided to inject the part of me that loves sarcasm and satire into this work. Ever since I became more socially engaged (and more political) four years ago, I can’t seem to let go of that in my work. I don’t often have very high opinions of bigots and conservative people. And this came across pretty clearly in my work. 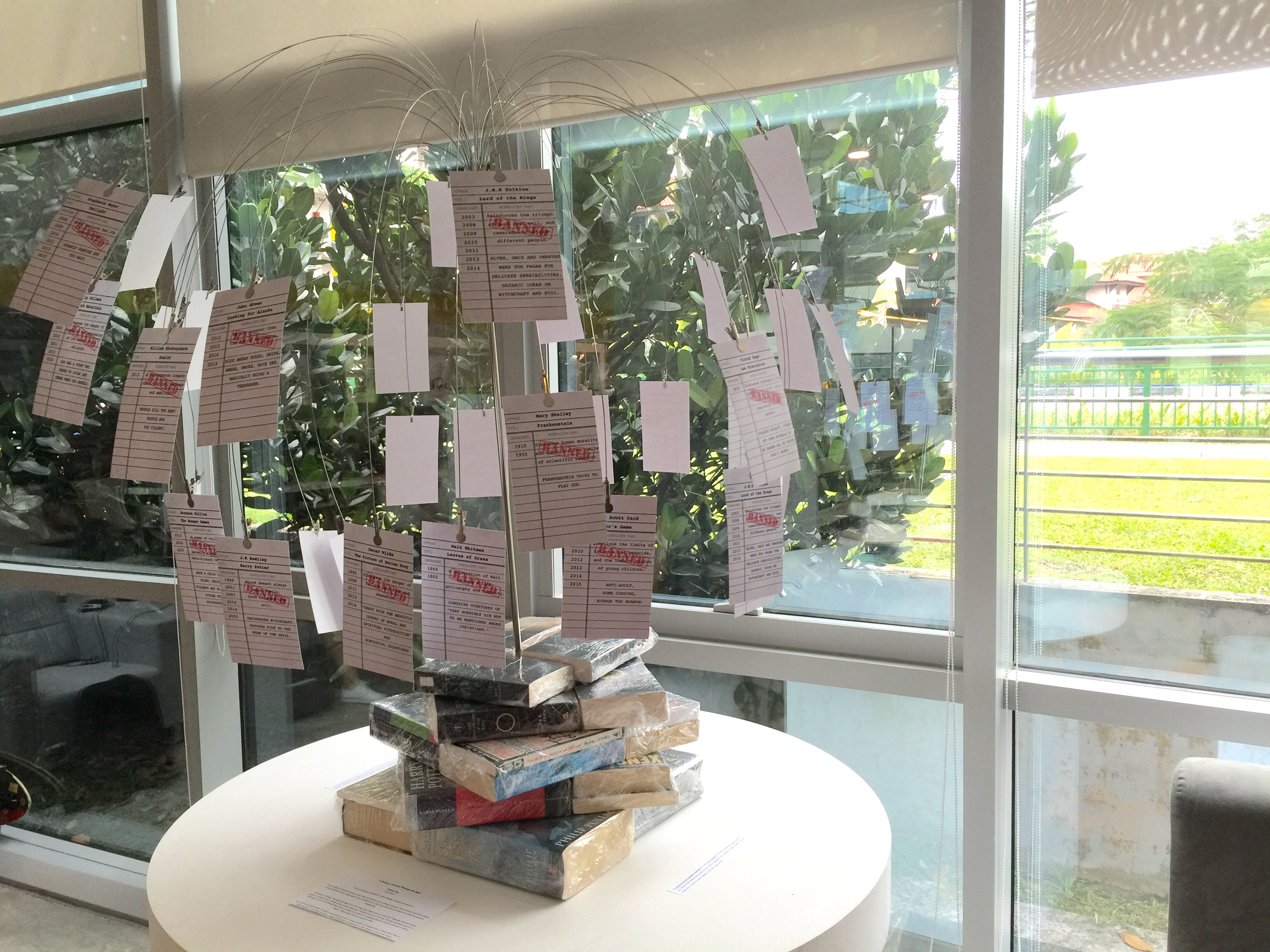 Titled A Guide to Sinning Through the Ages, this work though satirical, is still meant to draw attention to the way books have been banned or challenged in numerous countries, sometimes for the most ridiculous reasons. No book is safe from the horrors conservatism, paranoia, or censorship. This installation draws attention to censorship and the issues that many authors face. In doing so it questions literary freedom and expression. It also calls out the fear that a certain sector of society has towards written text.

The books themselves are from my personal collection, ranging from popular fiction to the classics. They are cling-wrapped together to restrict them from being read, but so people can still see through the clingwrap to view the covers. The floating pegs is meant to give a subtle feeling of caging up the books within society’s opinion. It is overbearing and excessive, and hides all meaning of the original books.

A few close ups of the work: 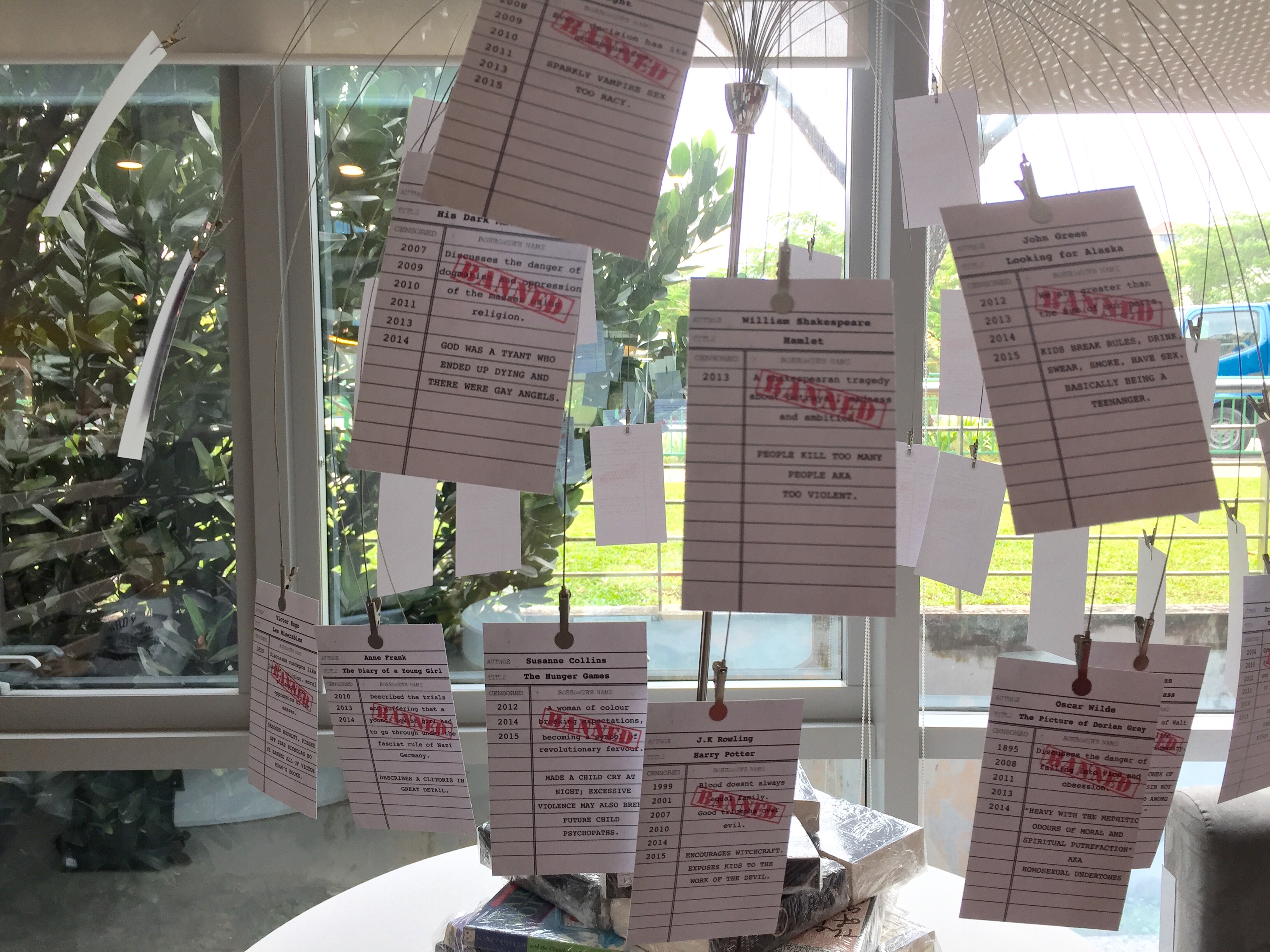 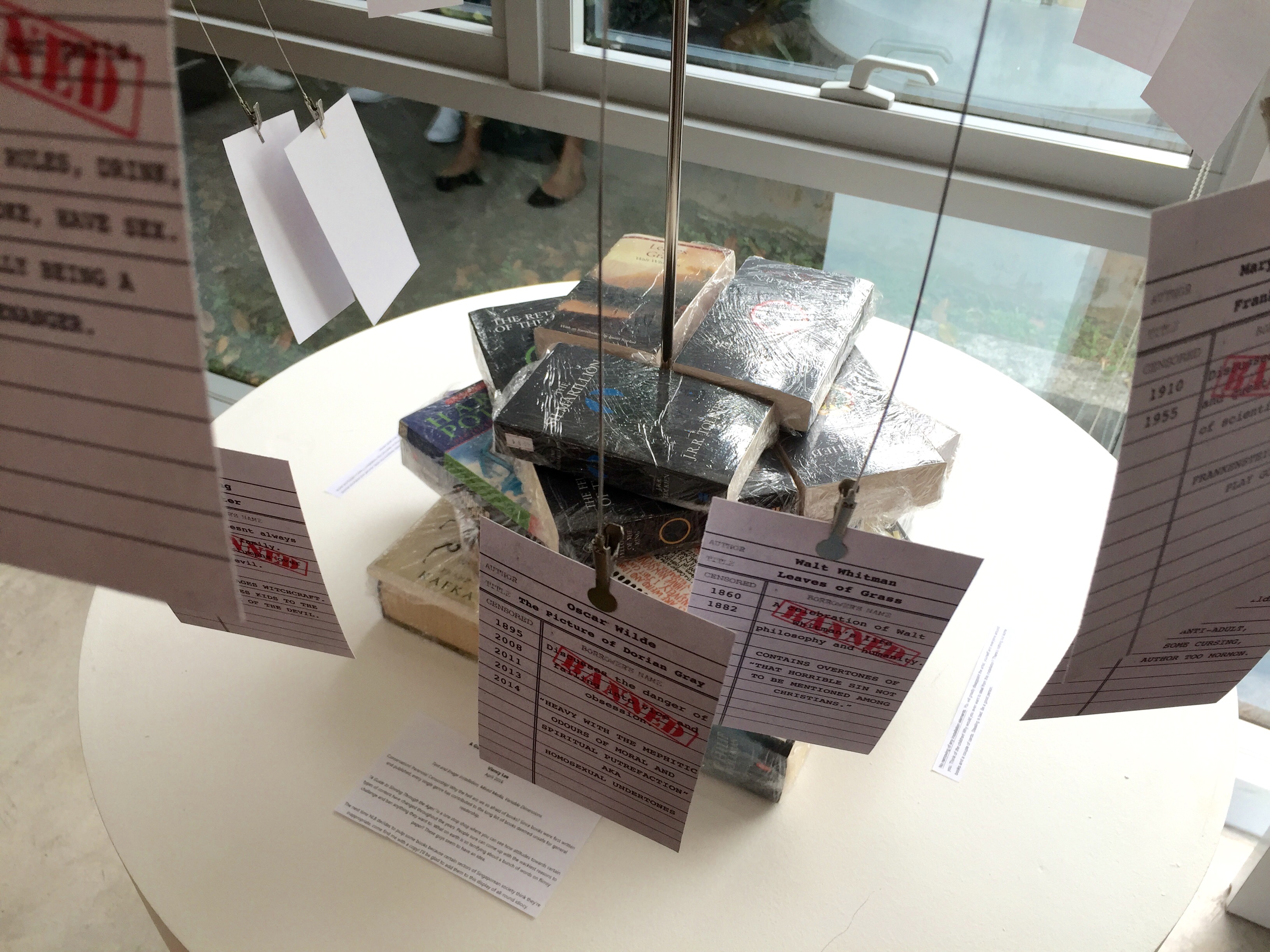 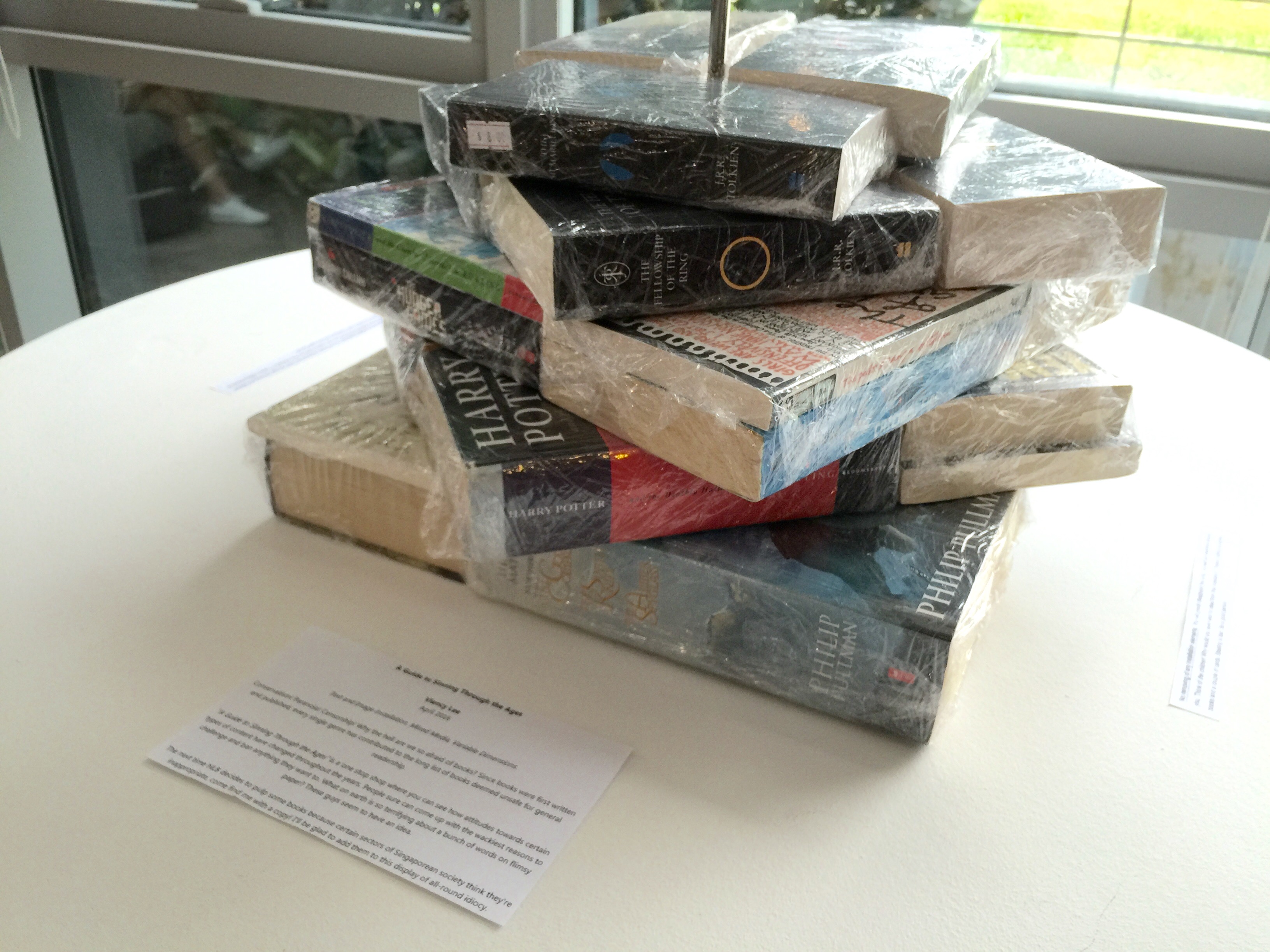 A Guide to Sinning Through the Ages

Conservatism! Paranoia! Censorship! Why the hell are we so afraid of books? Since books were first written and published, every single genre has contributed to the long list of books deemed unsafe for general readership.

“A Guide to Sinning Through the Ages” is a one stop shop where you can see how attitudes towards certain types of content have changed throughout the years. People sure can come up with the wackiest reasons to challenge and ban anything they want to. What on earth is so terrifying about a bunch of words on flimsy paper? These guys seem to have an idea.

The next time NLB decides to pulp some books because certain sectors of Singaporean society think they’re inappropriate, come find me with a copy! I’ll be glad to add them to this display of all-round idiocy.

Why the obtrusive title? After extensive research on my book choices, I came to the realisation that a lot of these books were often withdrawn from libraries due to fundamental religious reasons. Books like Harry Potter or The Picture of Dorian Gray often appear to contain material that spoke against the Bible, and thus became vilified for it. Witchcraft and homosexual overtones were what these books were known for. And it’s the reason why they got banned. Because it was a sin.

This was a common theme for most of the books I chose, and thus the title of the installation was born.

The installation also showcased numerous library cards, thirty six of them to be exact. There are however only fourteen individual ones that were repeated to fill the whole installation. You can see each one below. 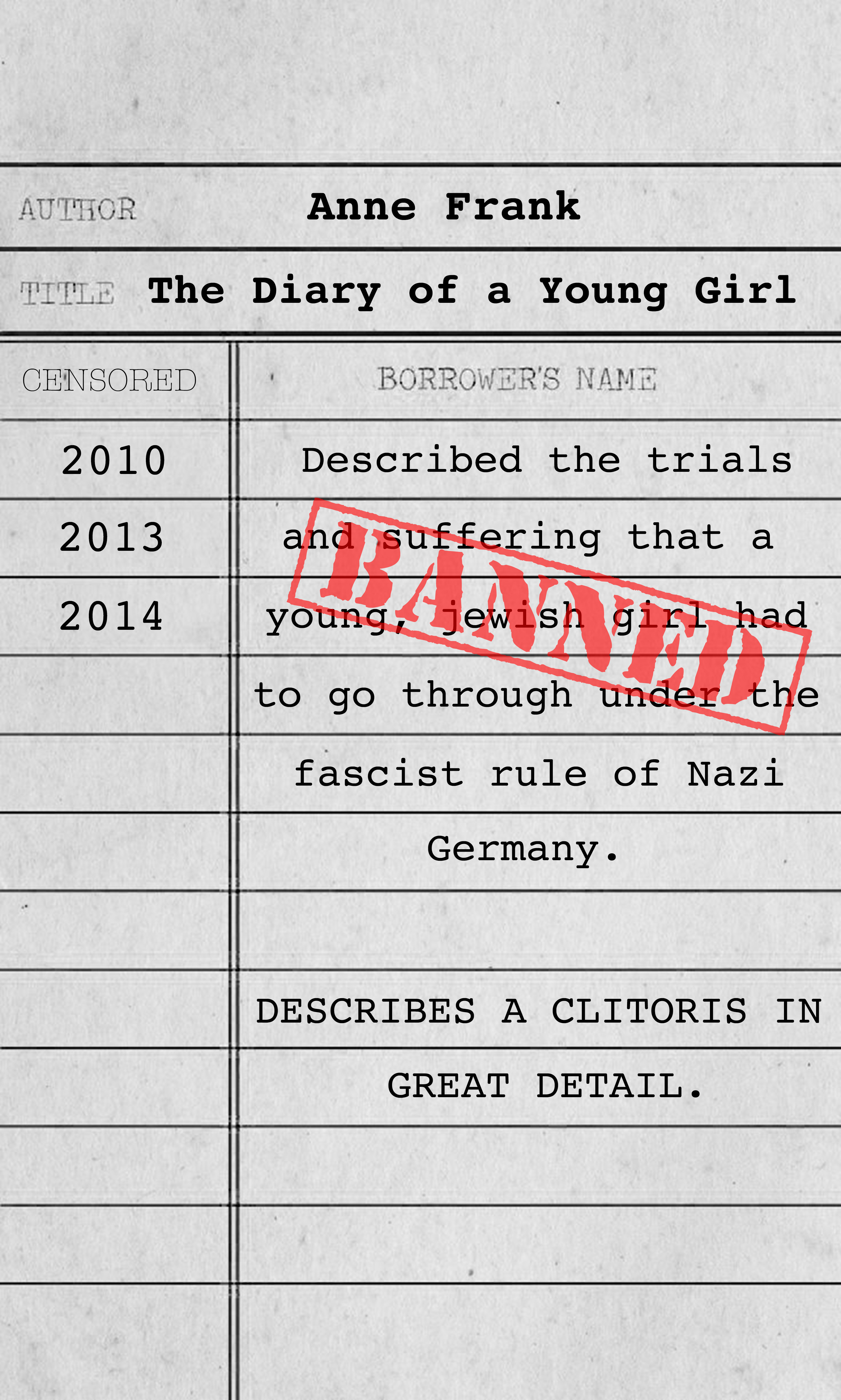 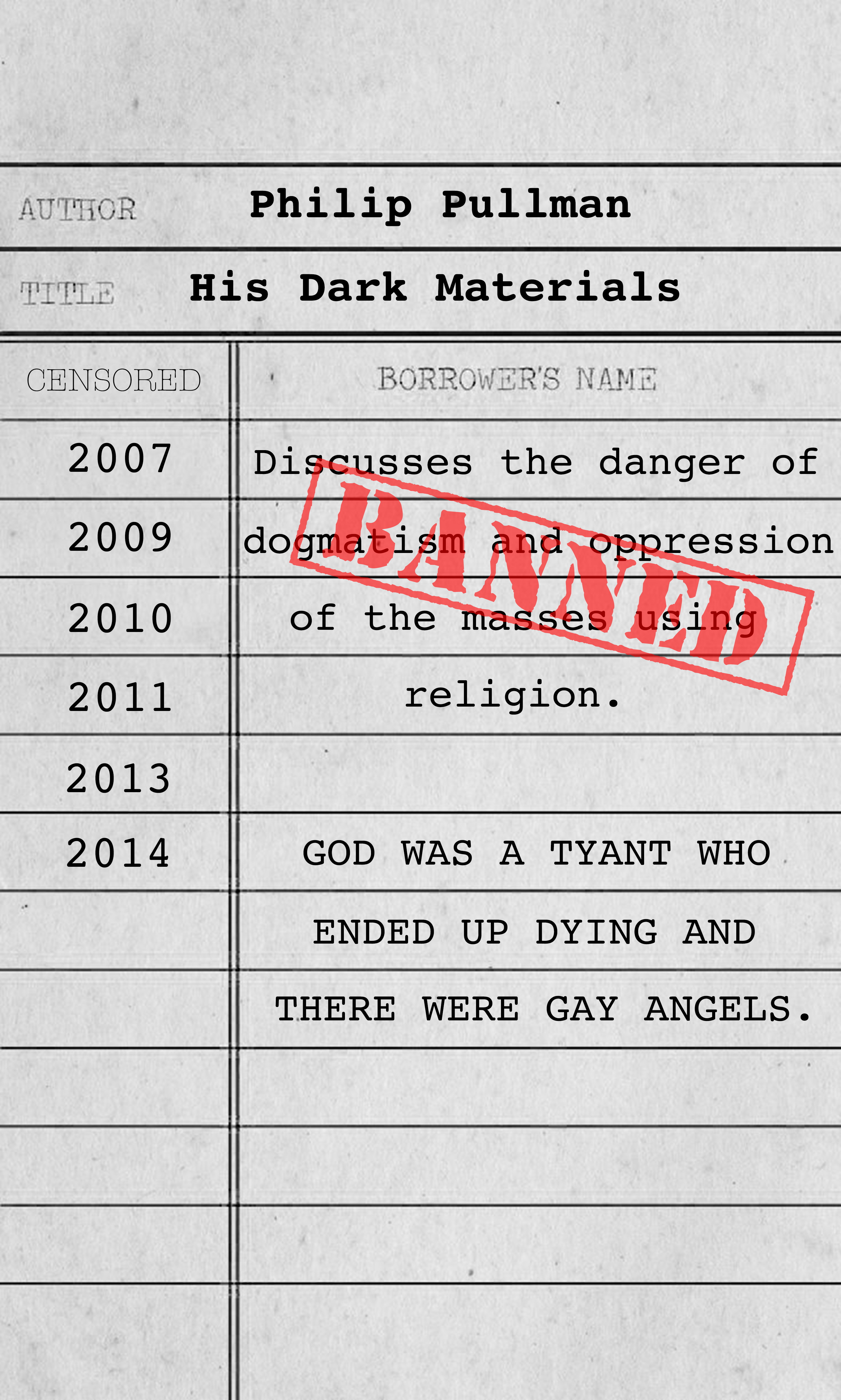 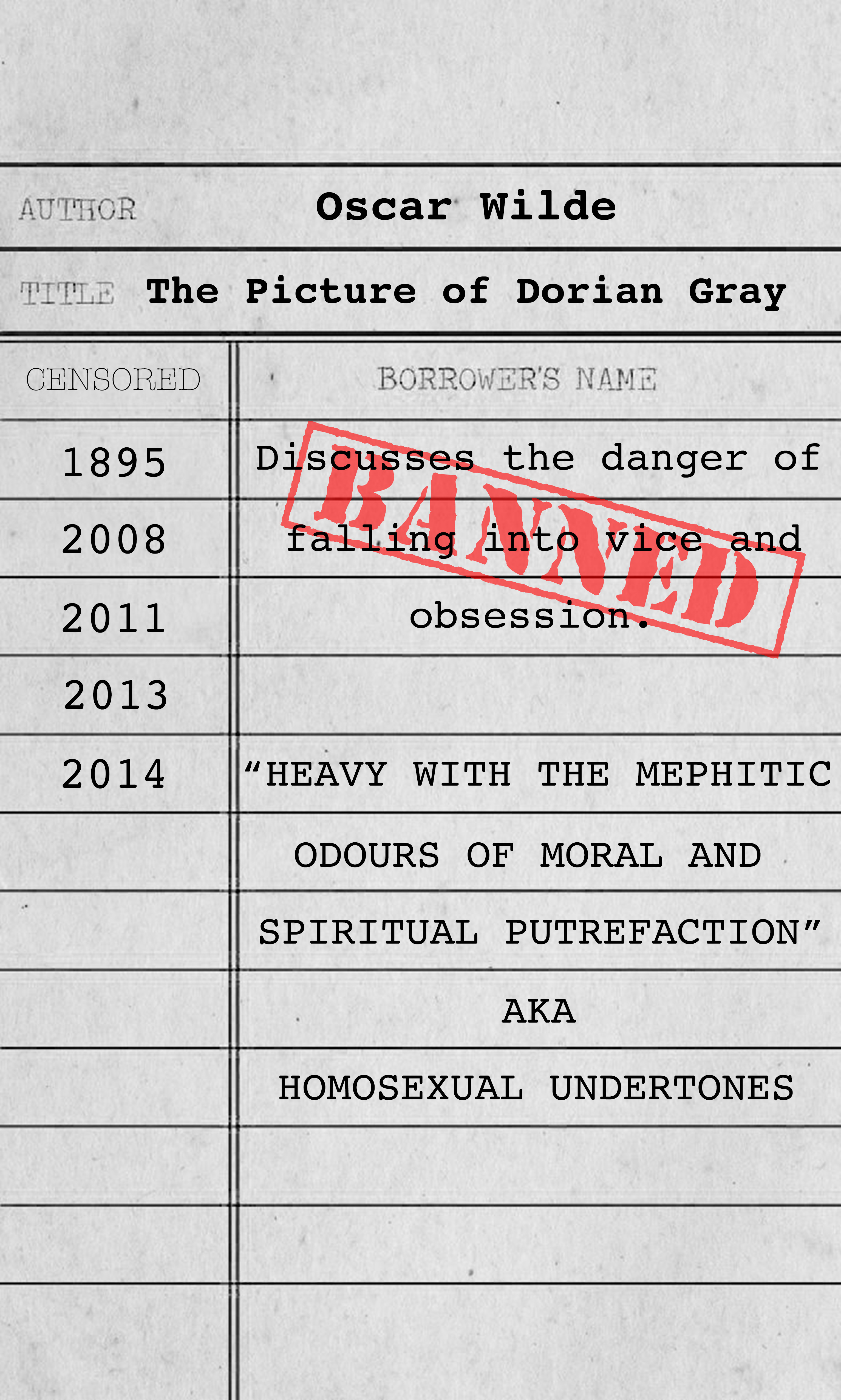 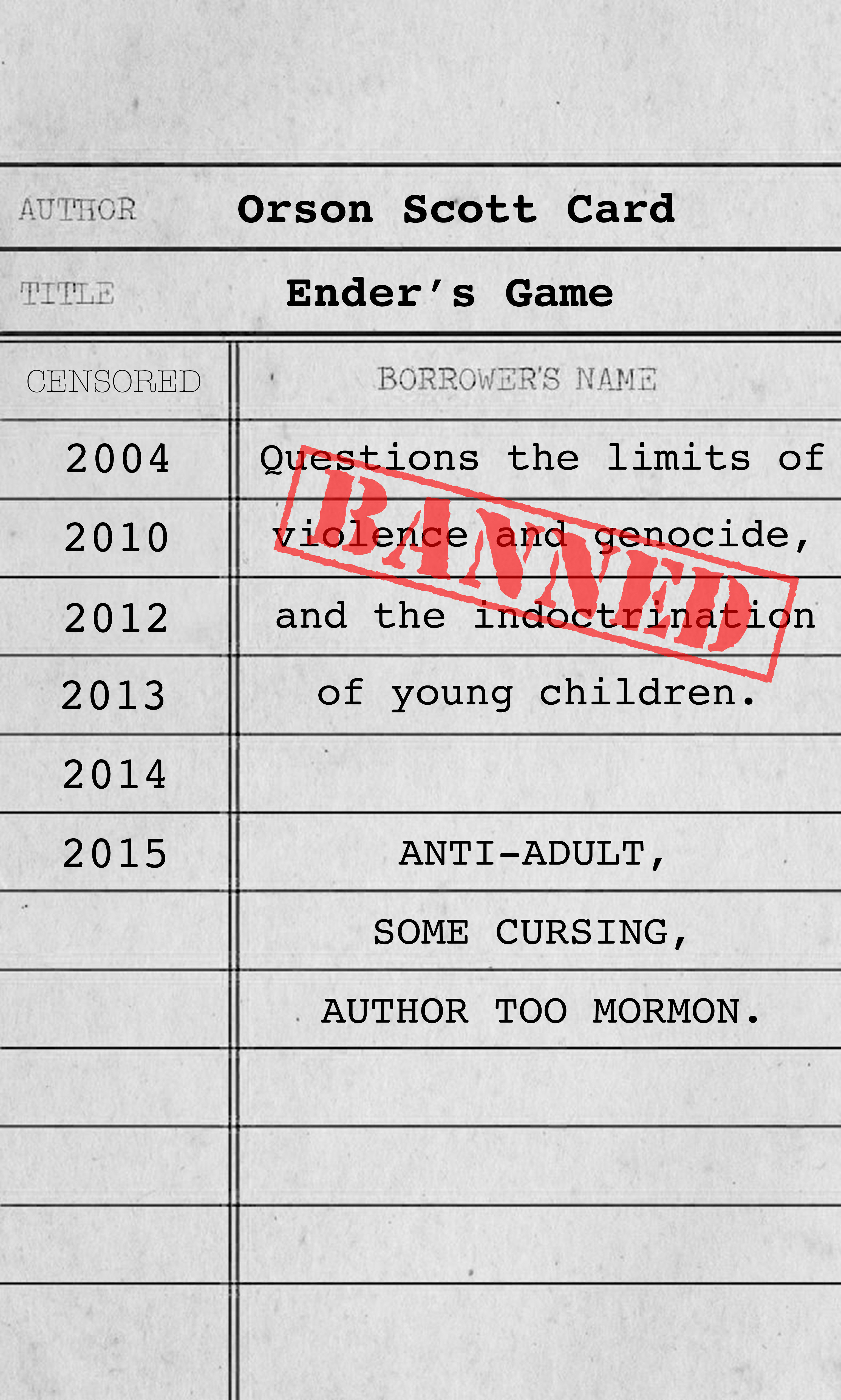 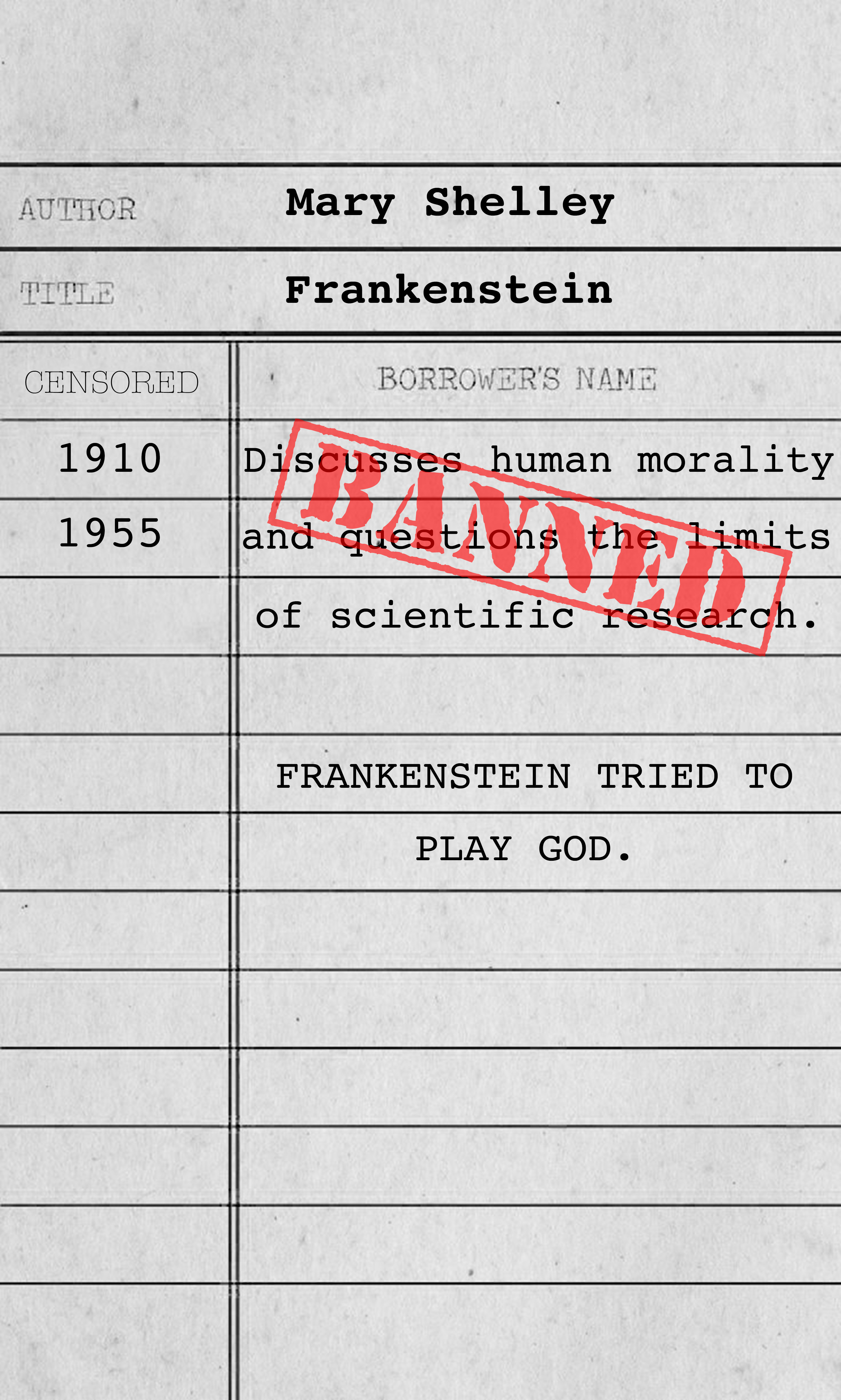 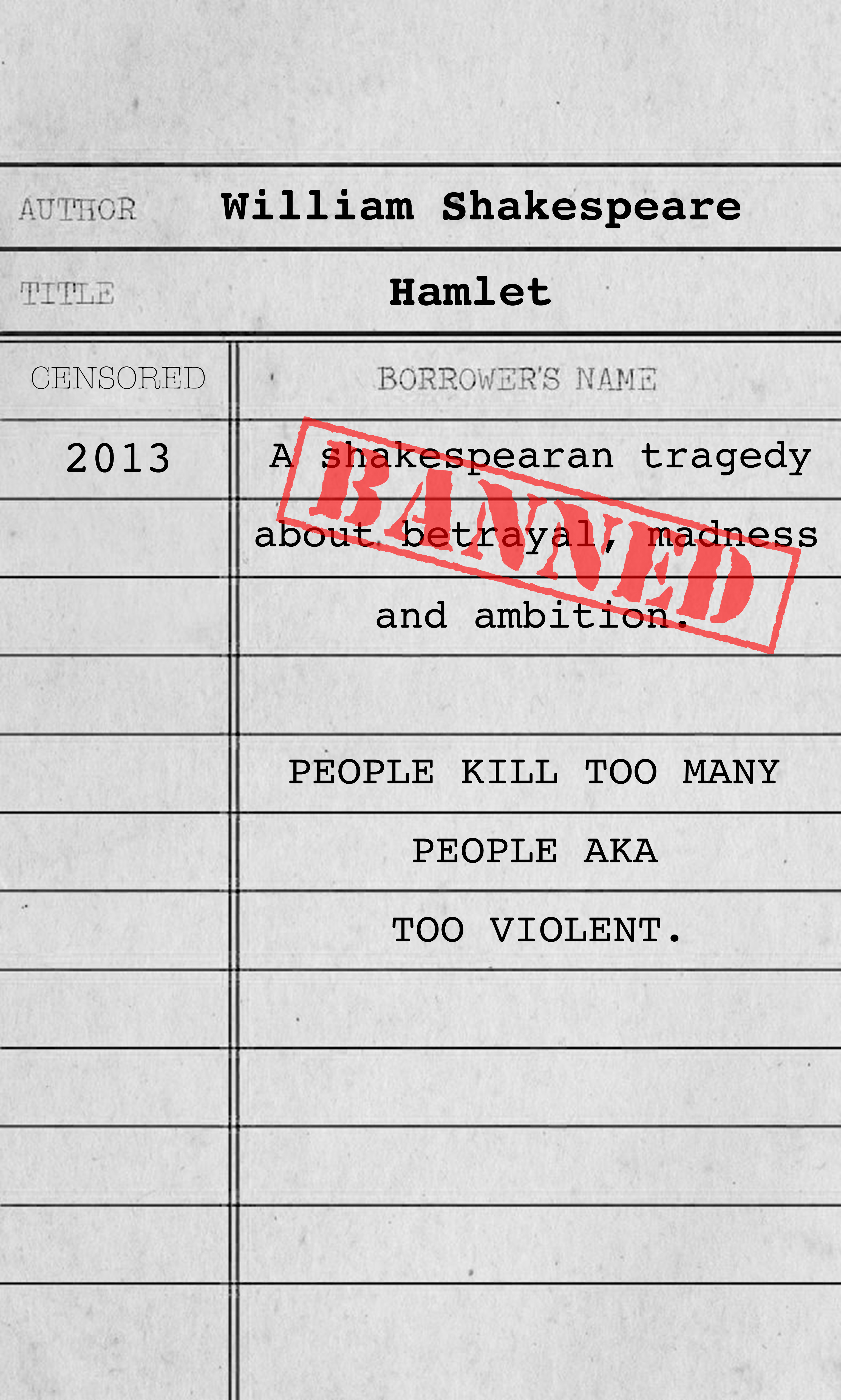 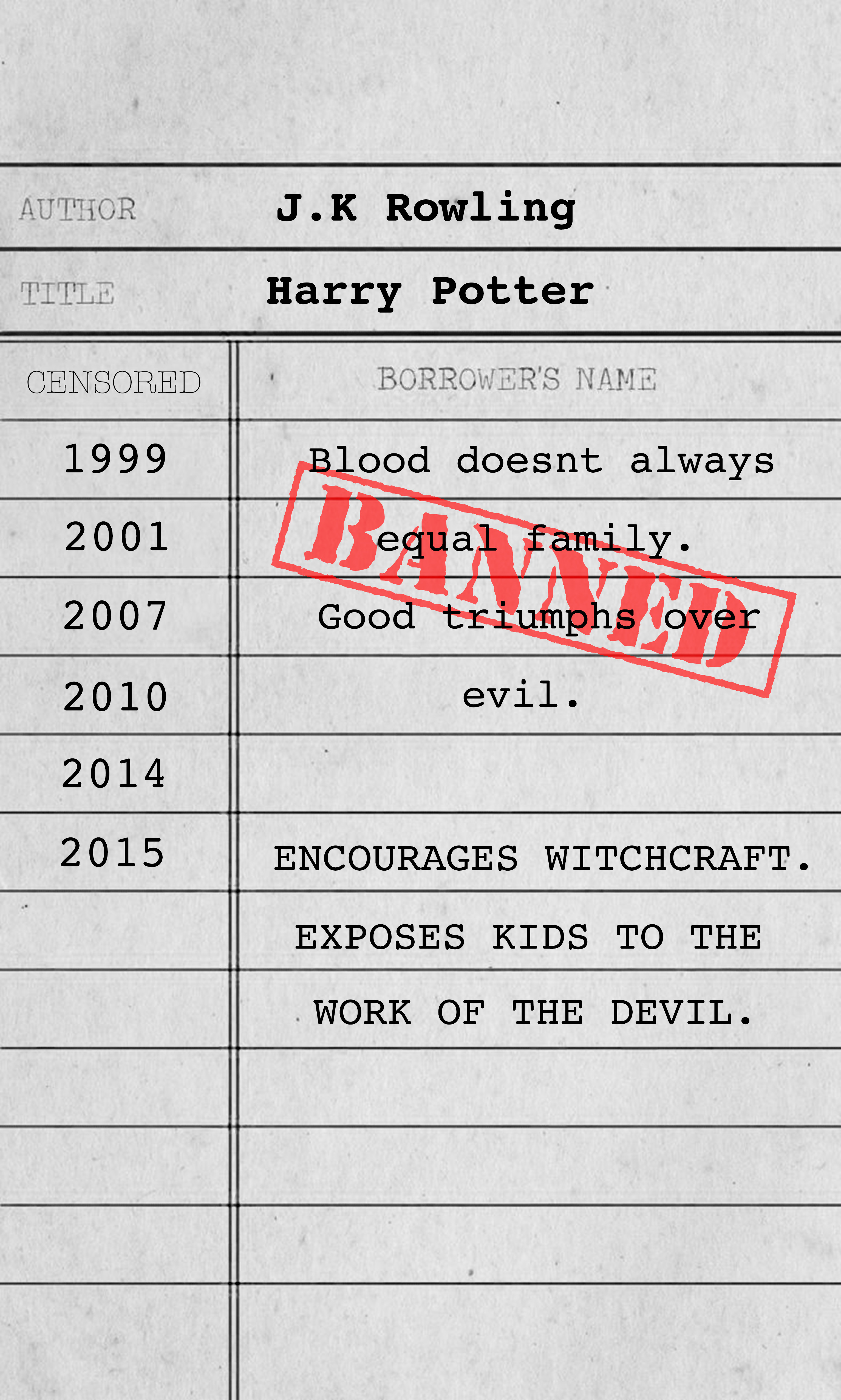 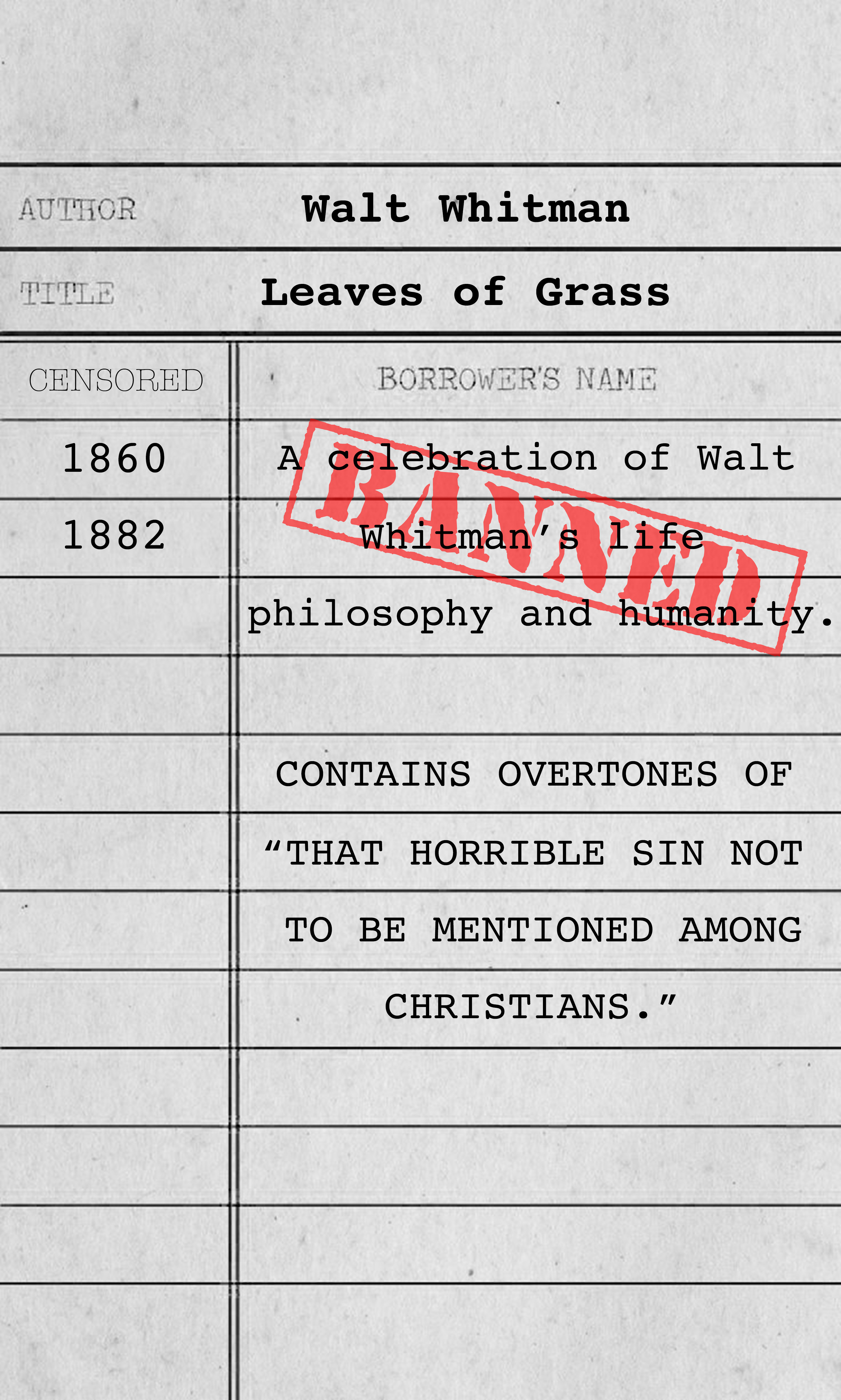 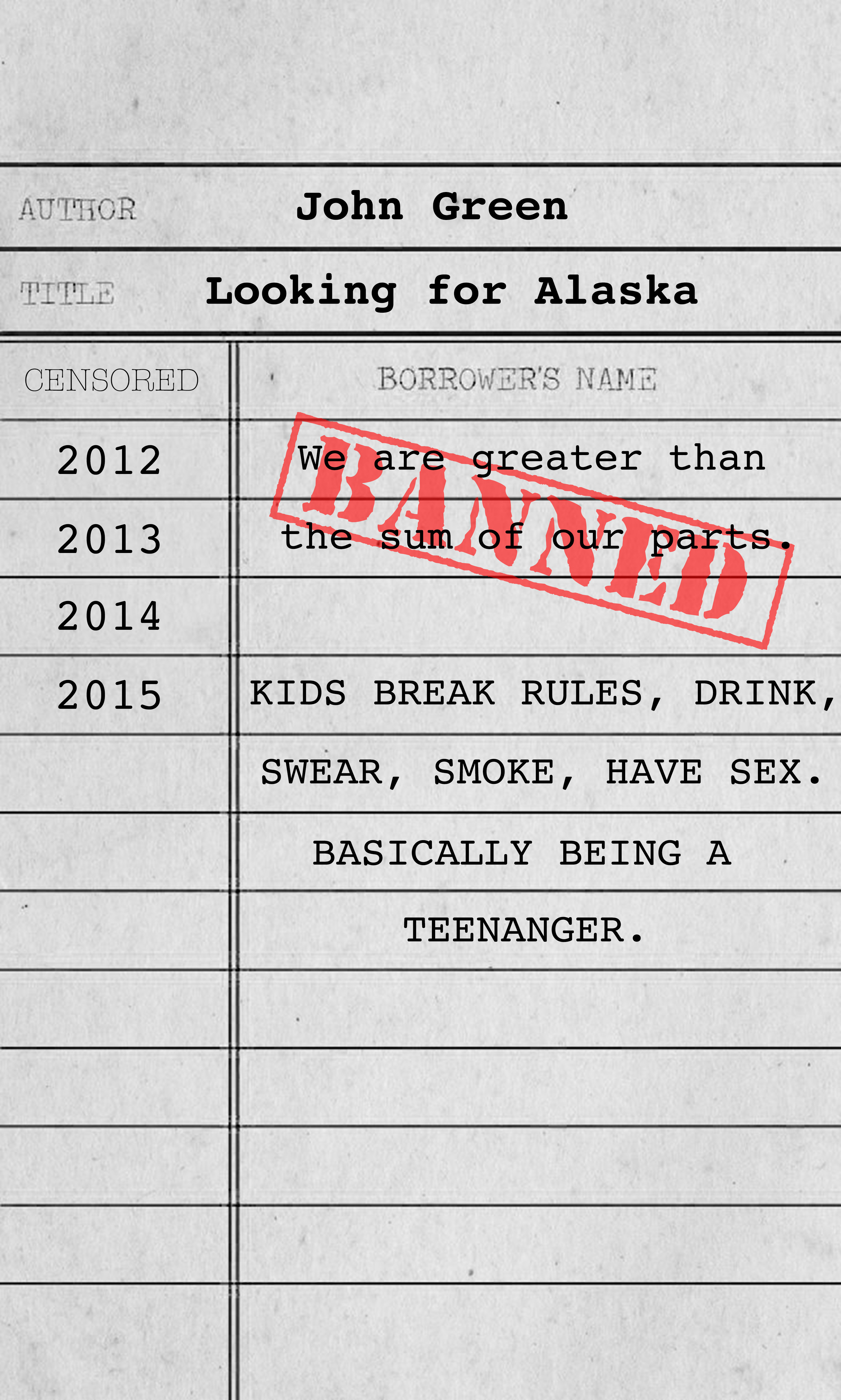 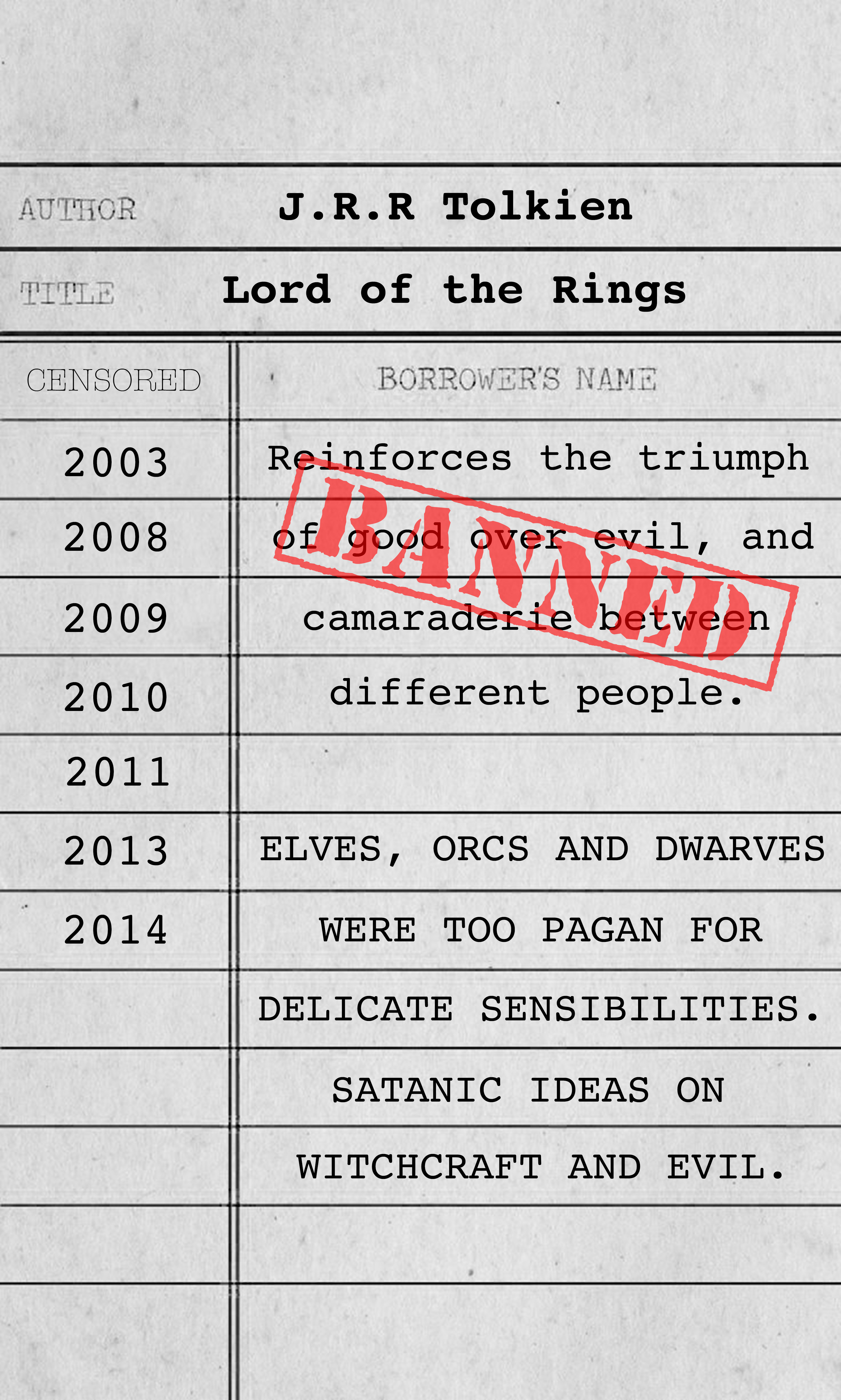 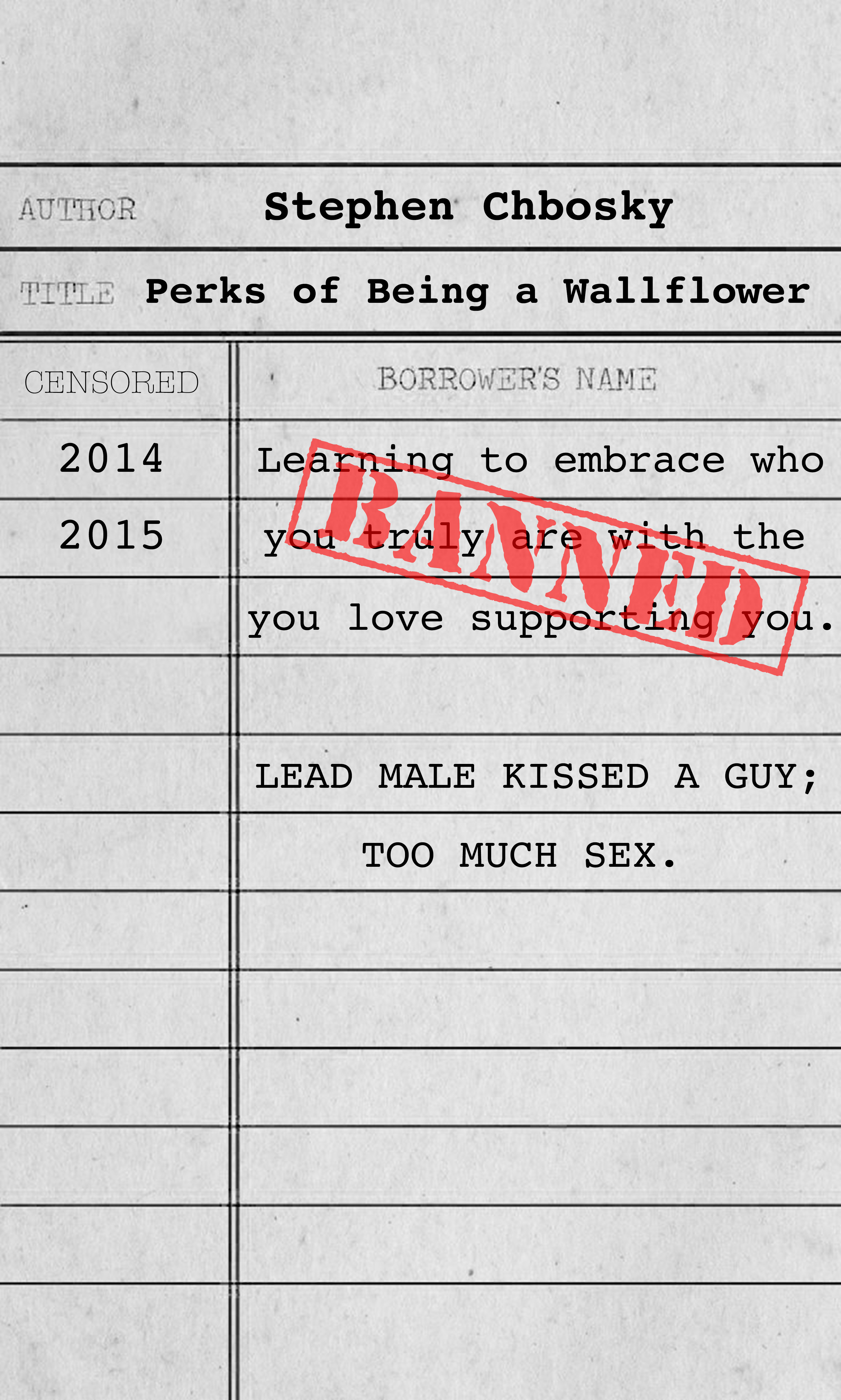 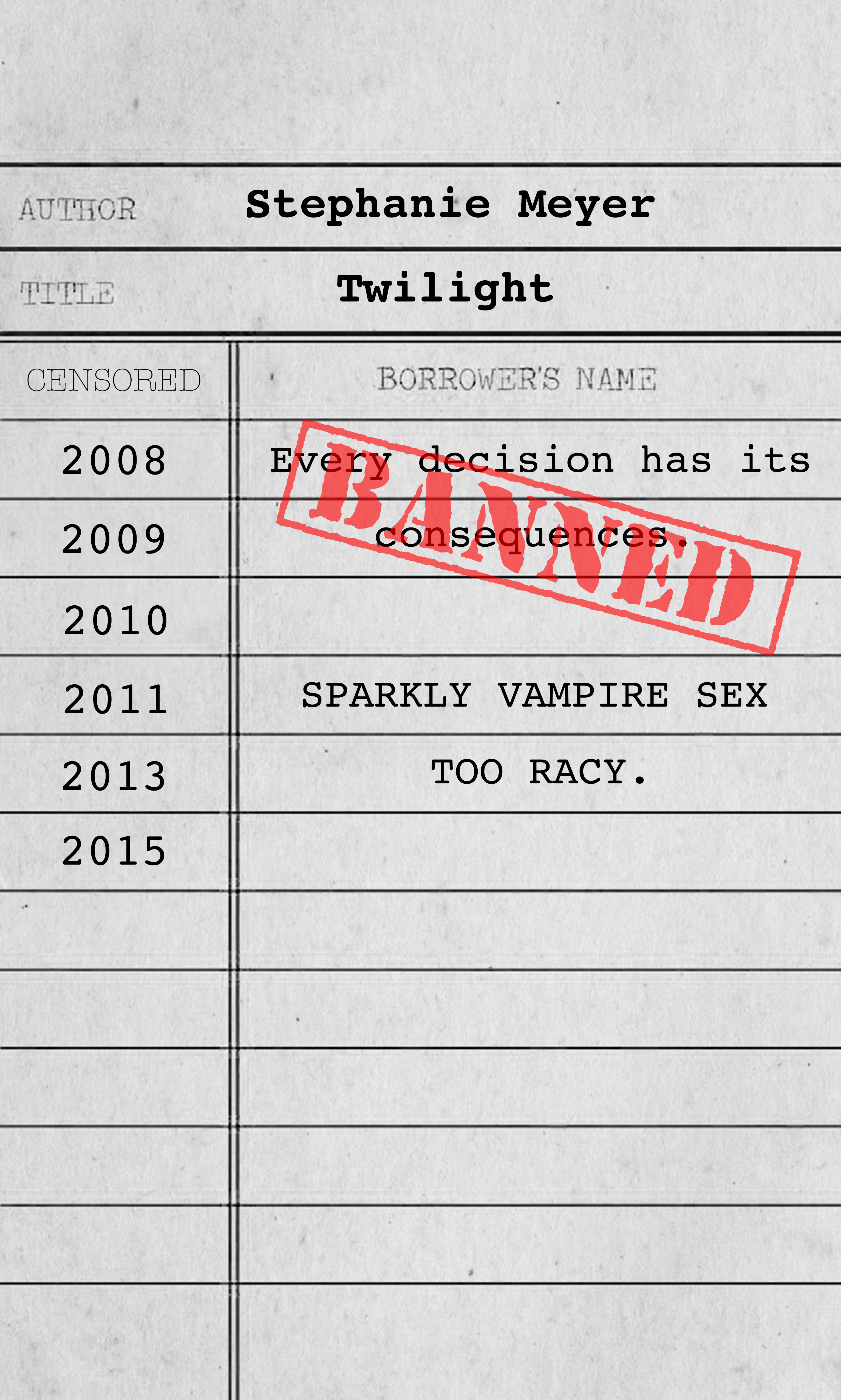 All in all, I really had fun with this project. I’m not sure where exactly this satirical piece will take me, but it was great nonetheless. A good end to my semester in Foundation 4D!