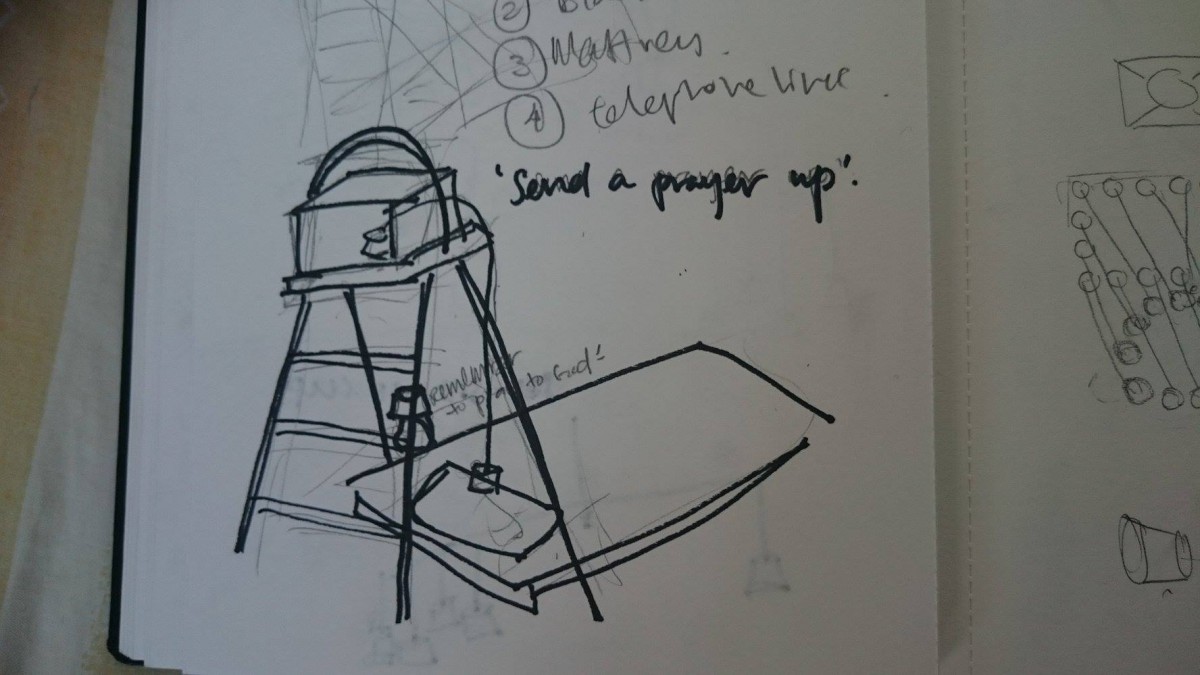 So after hanging the boxes, it reminded me of my many sketches of hanging cups instead. (i’ve in total three sketches but never thought to execute them until now)

Reasons why I remembered the cups were that I wanted active participation – allowing viewers to interact with it/ speaking through it than just passively listening to it. So I set out to attempt this experiment, hoping that it will work. (i never did this as a kid – I’ve always seen them on cartoons. but as we all know not everything on cartoon can be done in real life).

So other than the standard dangling, I thought of how you would place the cups. 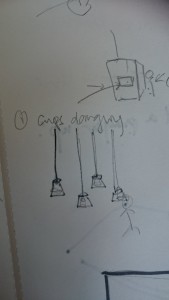 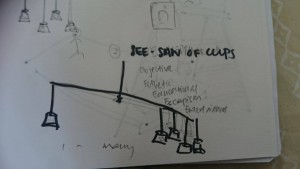 I thought of a “see-saw”. Reasons being the whole idea of unfairness / justice. Or that there are too many dialogues incoming to one source. of course after researching, I soon realised that it is impossible to do have the wires all going to one cup. It will lose it’s vibration and thus it does not function. 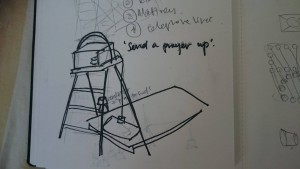 I also came up with a “Hotline to God” – to have a bed below the ladder, and have telephone cups linking up the ladder. I was serious though. But I thought it did not quite use space the way we were introduced.

And then I went to look at our school’s lobby, and realised that maybe I can bridge distance with the telephone cup, dangling from level 2 to level one.

Or just a horizontal work.

So as I contemplated the difference between a vertical and a horizontal; is that vertical could probably look fun as the cups are swinging in mid-air, hopefully the gravity will substantiate the threads and allow vibrations to pass through better. 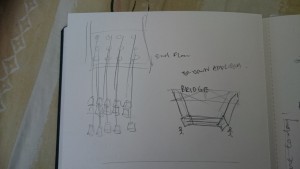 Whereas horizontal must be precise and that all the strings must be taut. I also looked at thread art for the different possibilities one can play with threads.

However one criteria that I must have is that it still has to be functional.

Which is the biggest difference between all these other works. 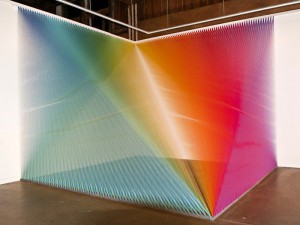 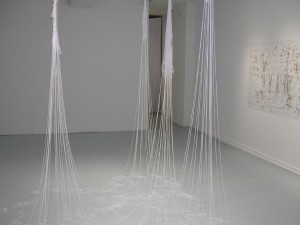 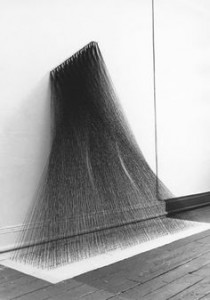