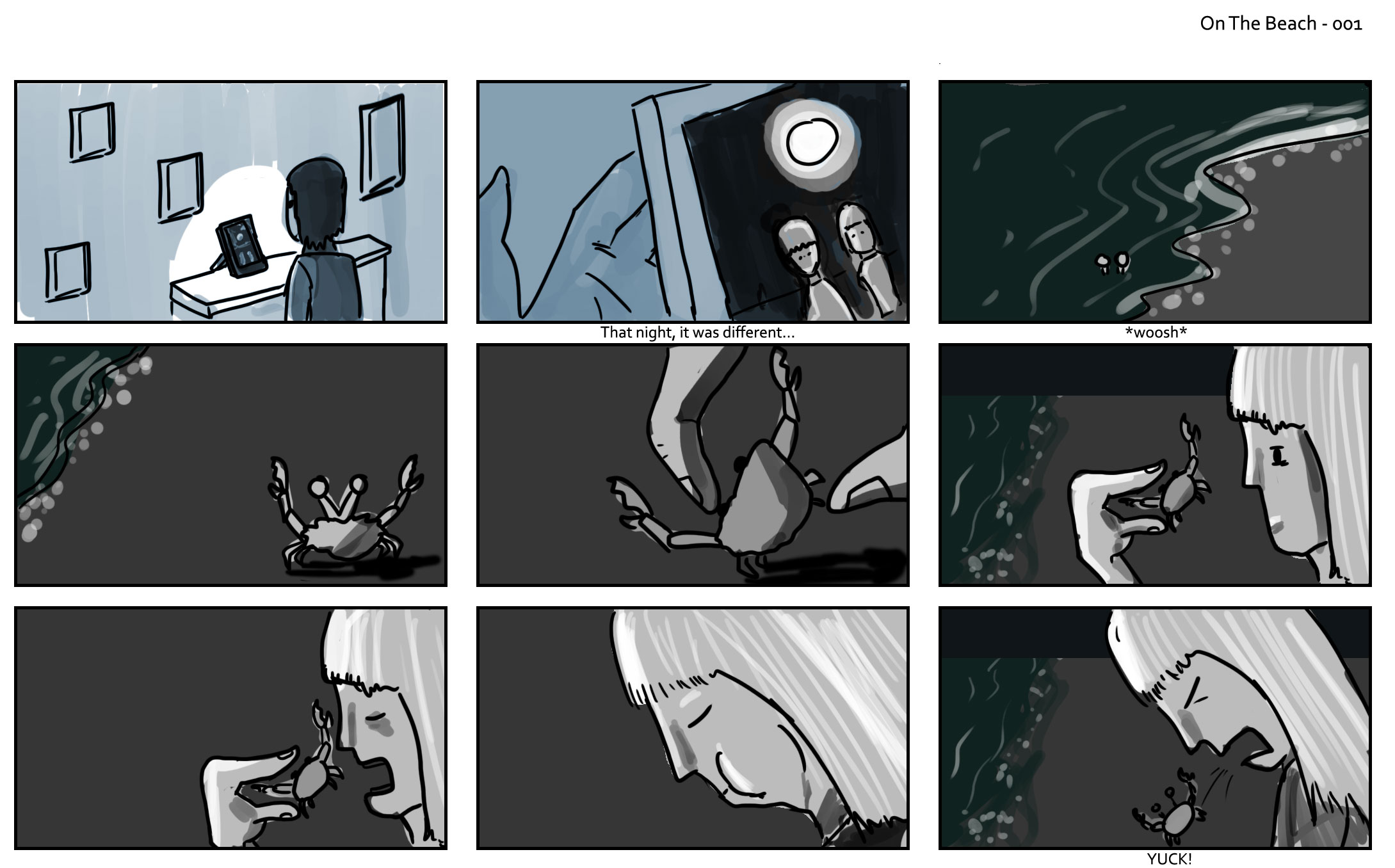 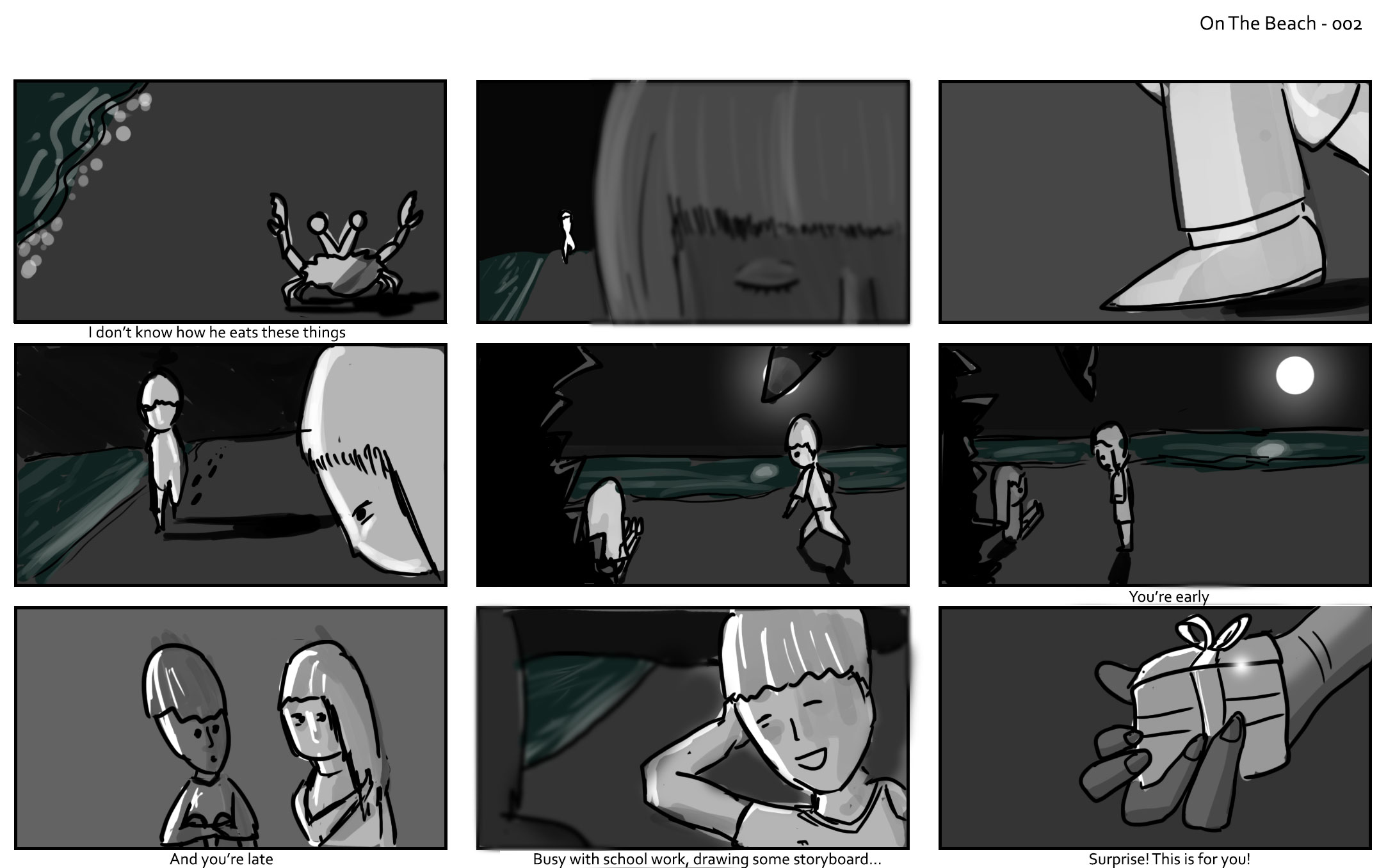 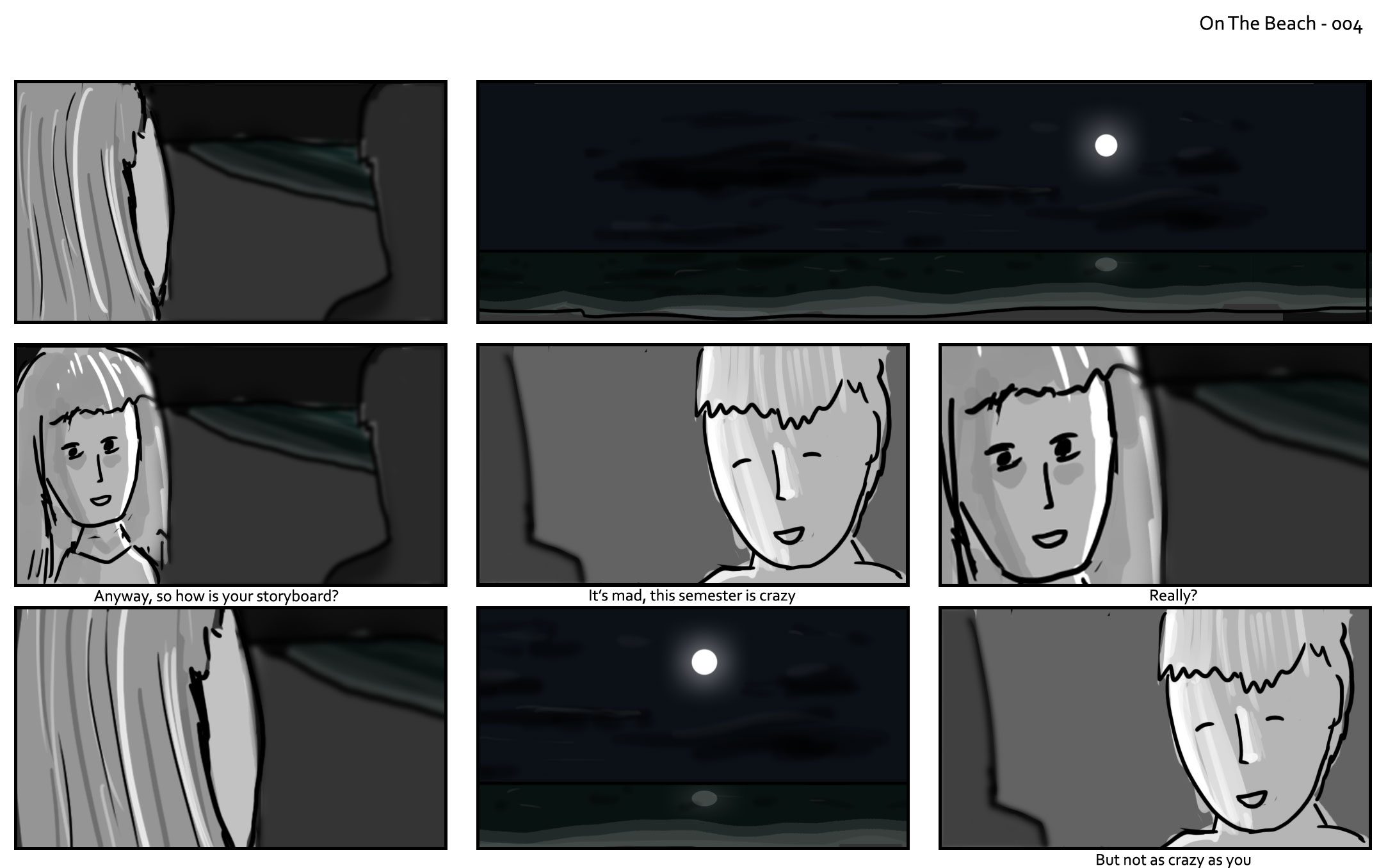 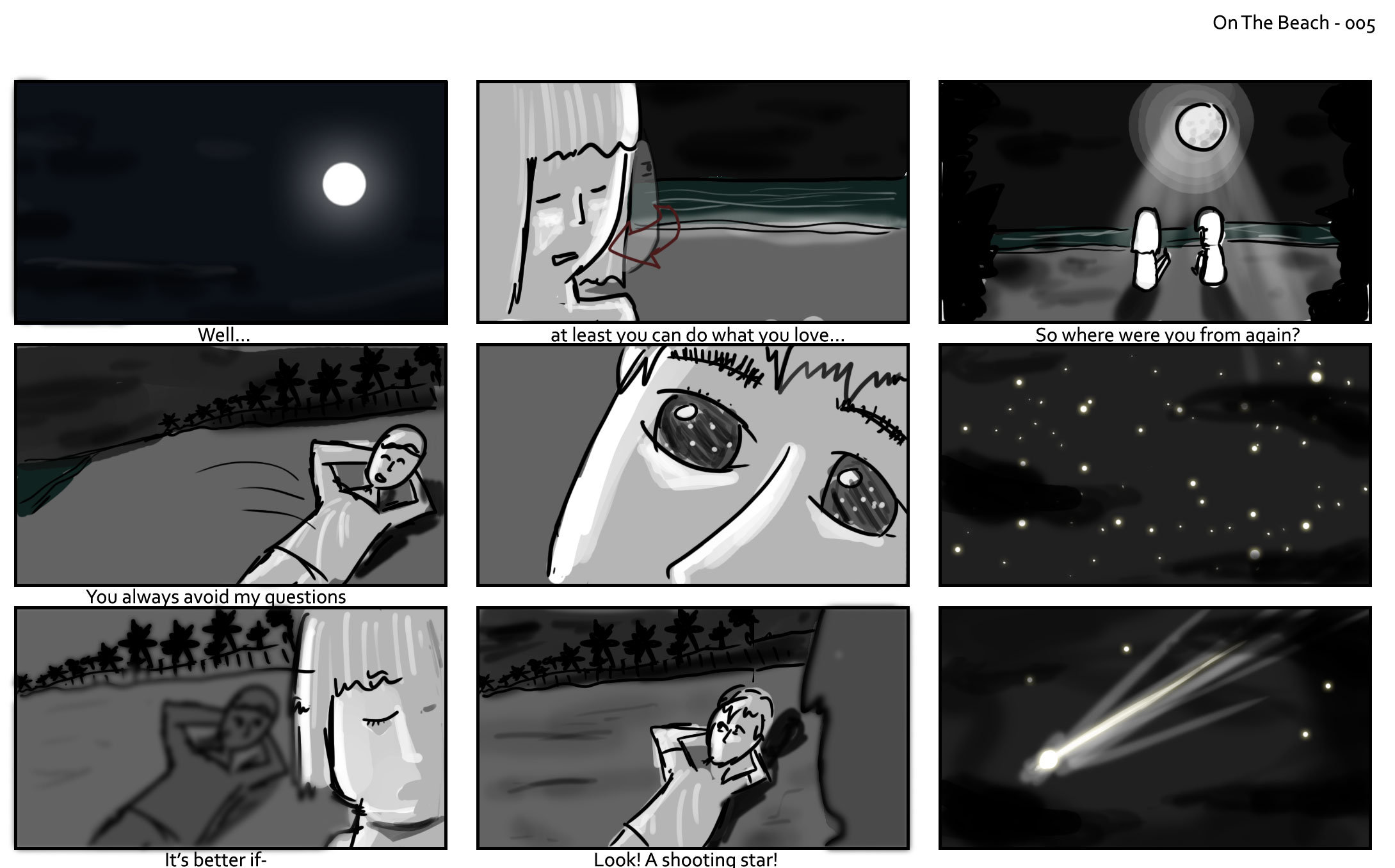 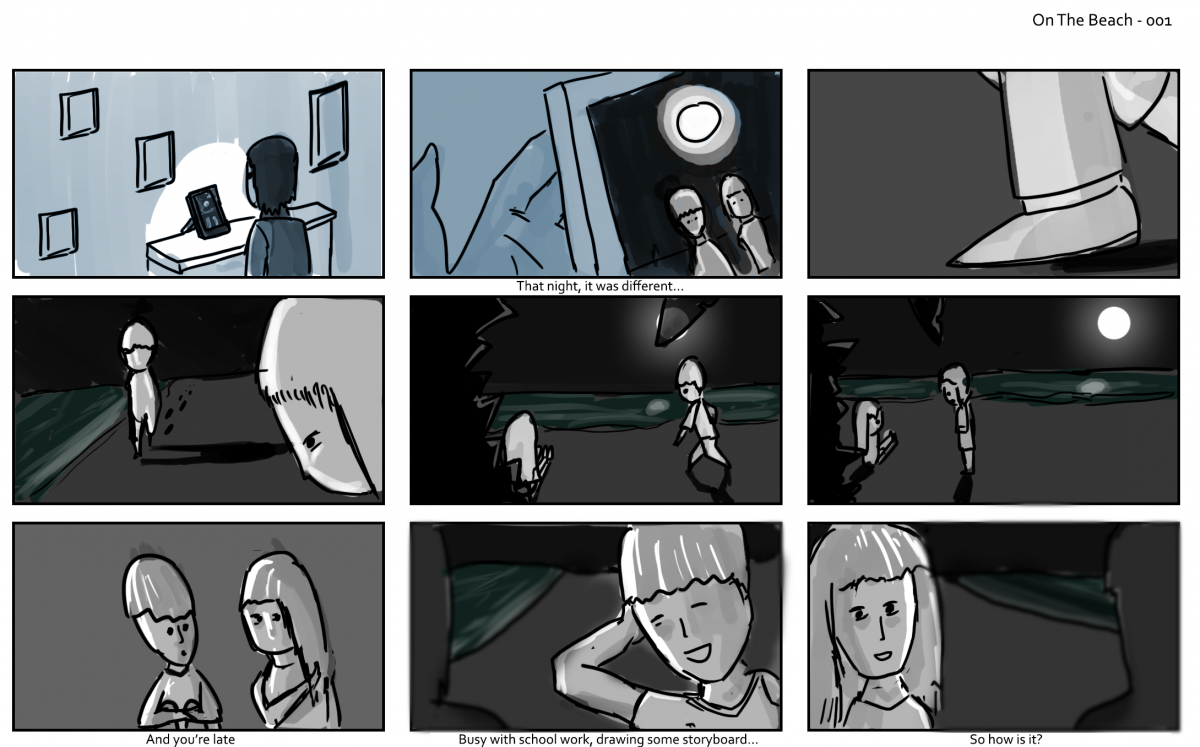 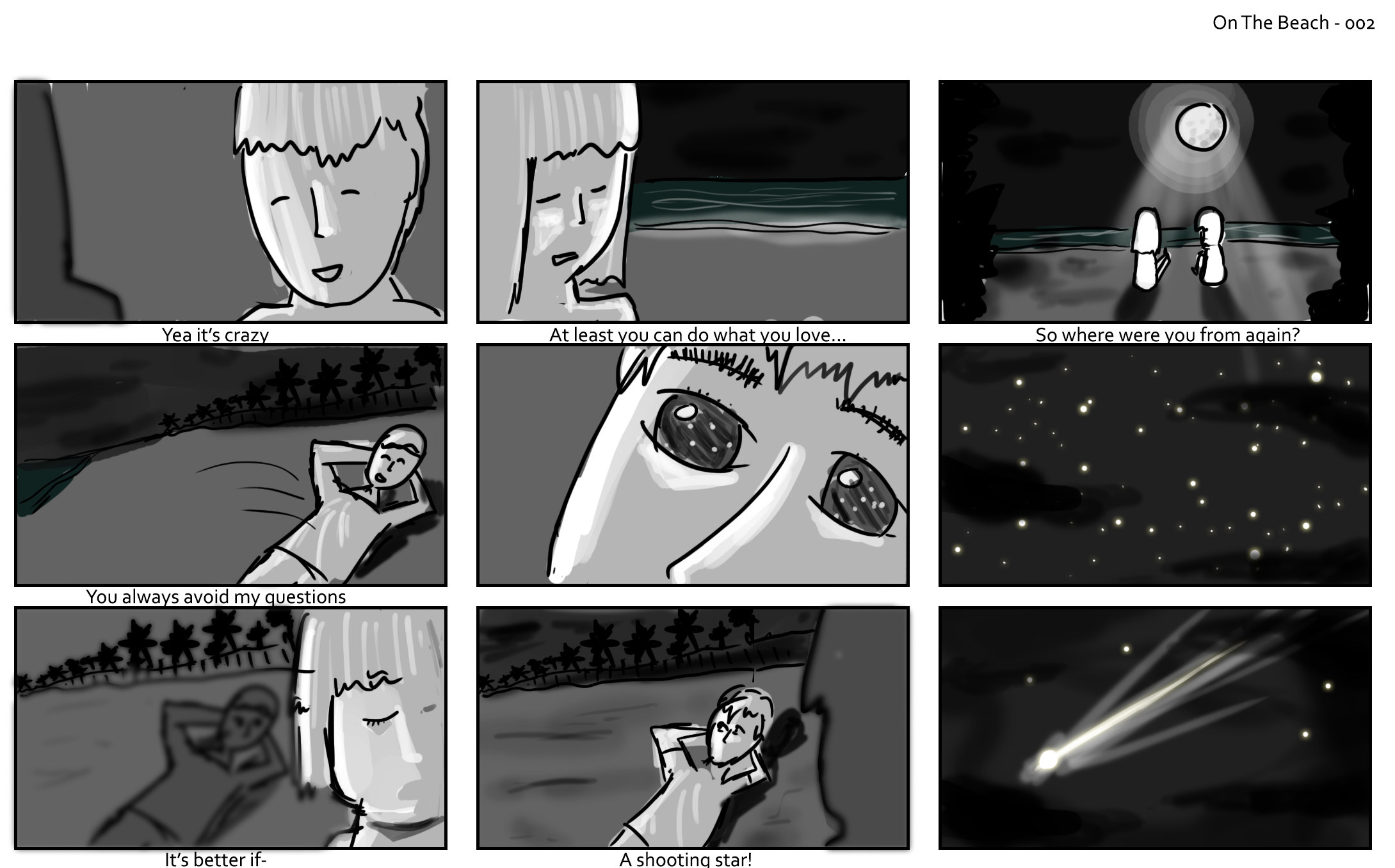 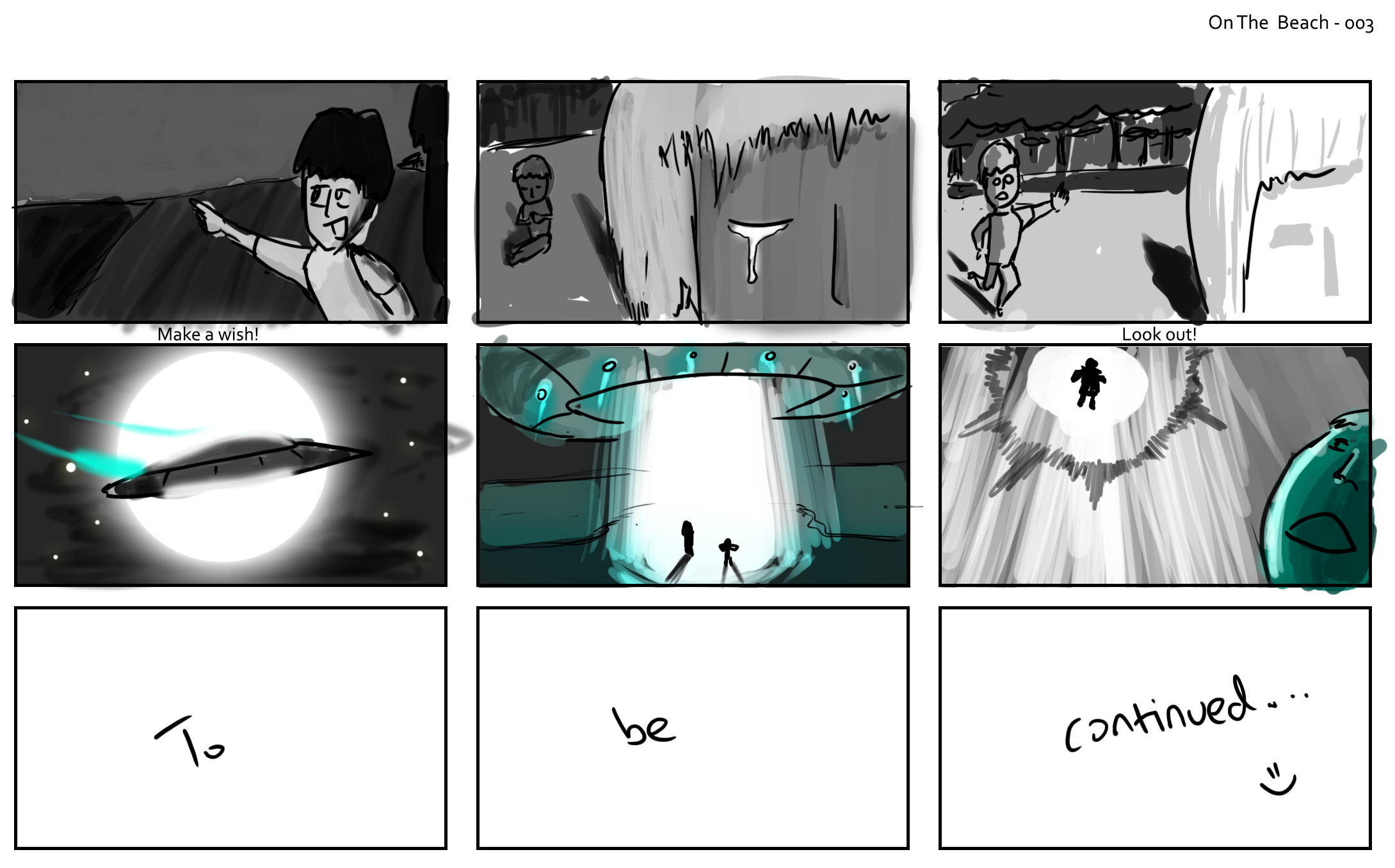 It was different that night…

Two friends’ get together takes a different turn from the usual.

Two friends, Shade and Jean, meet on a beach and grow close. As their lives get busier and they don’t get time, they decide to come to the beach once every month to catch up on each other’s lives.

One night, they meet as usual. However, a shooting star appears in the sky. It turns out to be a spacecraft. Shade is surprised, but Jean acts as though it is normal.

The spacecraft approaches them, shining down a spotlight onto the beach. Jean walks into the beam of light, while Shade looks on in shock.

Interested to read the “full” story? Read the script! 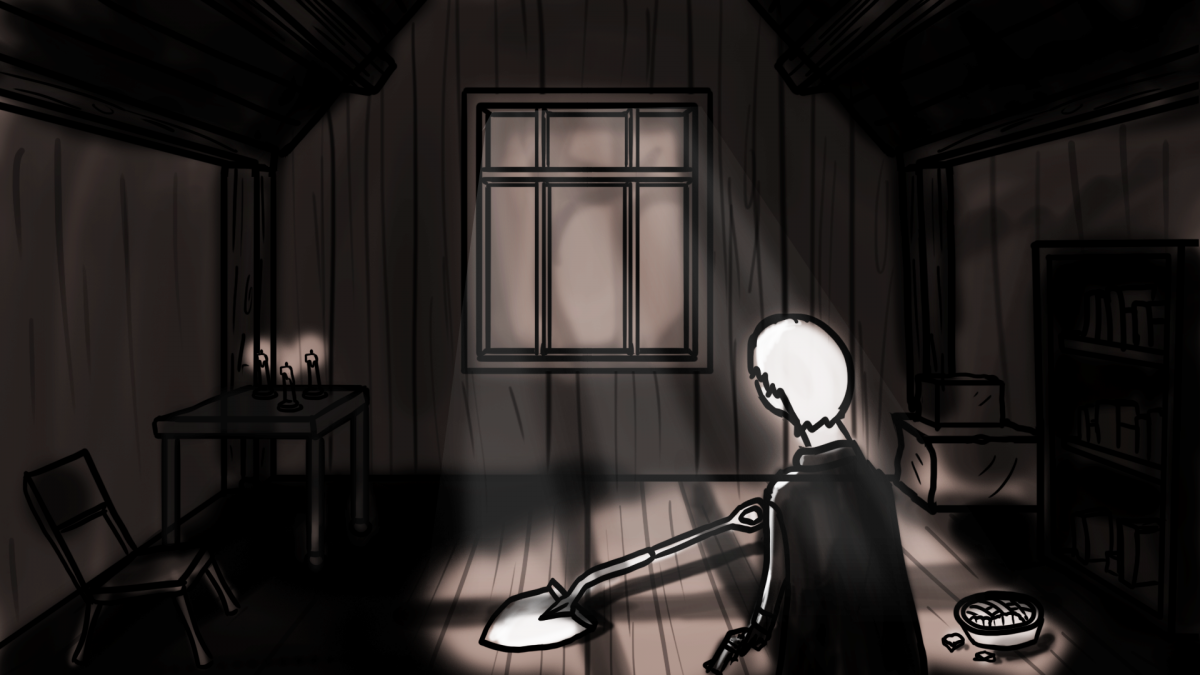 “No matter what, I got to get in there.”

The lonely shed sat in the quiet forest. There was not a sound. As Brian walked toward the shed, dead dry leaves crunched under his feet. There was no escape, no running away from what he had to face. He trembled, his face filled with fear.

He inched closer to the shed, now merely a few meters away. The clutched tightly onto the gun in his hand, yet knowing that even that would be able to save him from whatever lurked inside. He stepped forward, and with an outstretched hand opened the door to the shed. The shed was deceptively huge, about the size of a master bedroom. He stepped inside and walked toward the end. There was an uneaten pie in the center of the room which was surprisingly fresh and 3 lit candles on a dust-covered table. Moonlight seed through cracks in the ceiling and a rugged carpet lay on the floor.

It was filled with mundane uninteresting shed stuff, save for a shovel that glowed with a mysterious green aura.

He had heard of the legend, that whoever possessed this shovel could make his wishes come true. He looked around and made sure there was nobody around before grabbing it. As soon as he did, the doors to the shed slammed shut.

The second part of the legend also said that the shovel was being guarded by a powerful demon. He rushed to the door, slamming his body onto it in an attempt to break out.

“No matter what, I got to get outta here!” 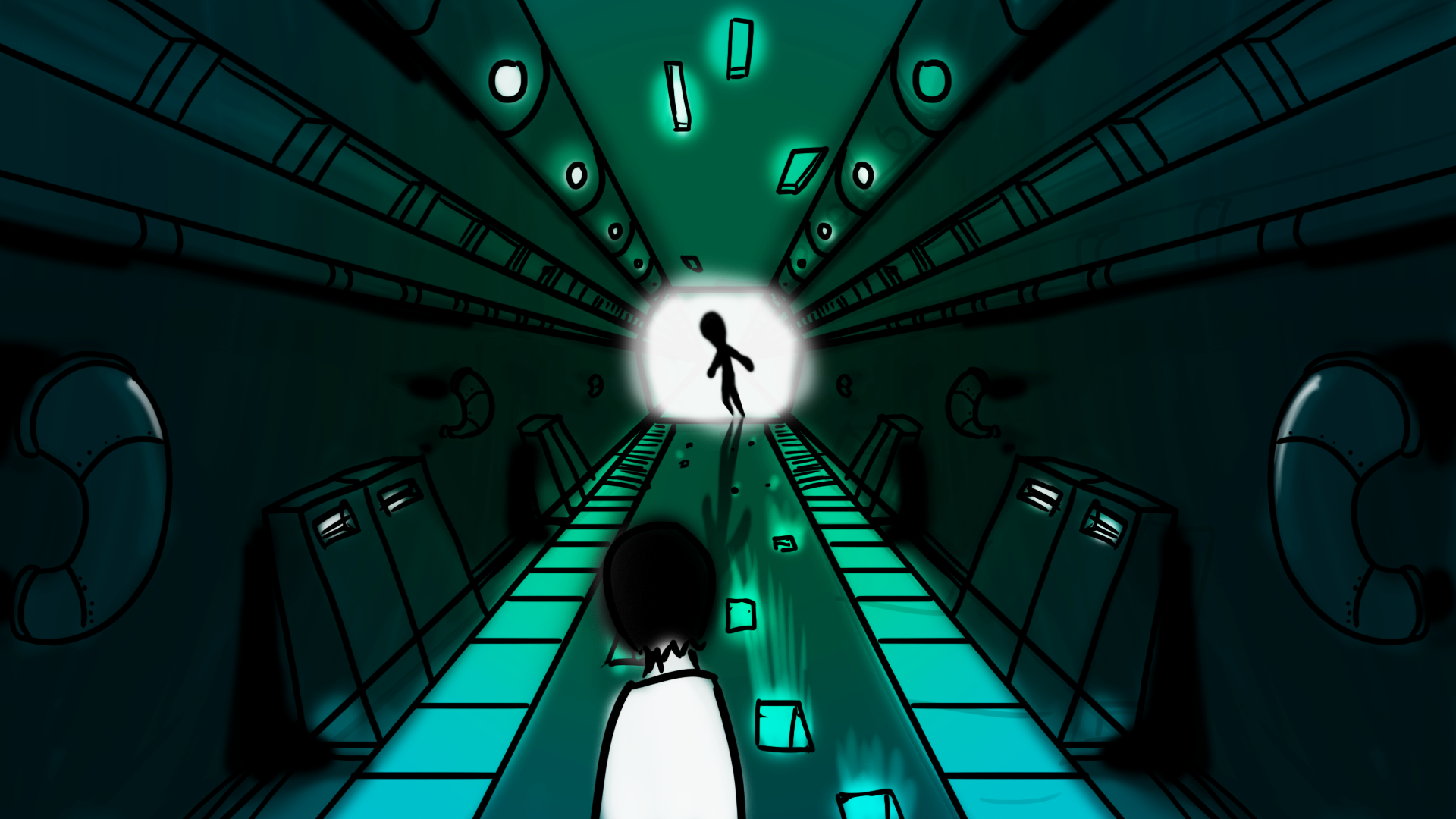 No matter what, I got to get in there. Jake stood before the gigantic spaceship. Smoke came out from its vents and there were sparks and torn wires exposed on its exterior. It had been heavily damaged. Something had brought the spaceship down, but what?

“We have to go to the police! The CIA! The government!” Mark nervously looked around, his eyes darting side to side.

“We have to find out what’s in there man!” Jake yelled. “There could be an alien that needs our help!”

“I’m out of here,” Mark exclaimed, running in the opposite direction. The spaceship was in ruins, but was fresh.

Jake turned his eyes back to the spaceship. Slowly, a hatch that appeared to be the spaceship’ entrance opened. An unidentifiable silhouette could be seen through the billowing smoke that poured out from the hatch.

“Damn! Where is that smell coming from?” Dog barked.

“There’s this smell in the air that’s so tantalizing!” Dog exclaimed.

“It’s coming from inside that house.” Dog turned, facing the source of that wonderful smell.

“I want to be friends with whoever lives there!”

Cat walked proudly toward the house, then lamented. “I don’t smell anything!”

Dog’s curious eyes widened as he approached the house. He eyed the house. He stood at its door. It had white walls, a bright red roof and posh windows though he could not see anyone inside through them. The smell was getting stronger. He had to know what was producing such an addictive smell. Then, he noticed that there was a dog hatch at the door.

“No matter what, I got to get in there.” Dog smiled.

In he went, and on the table was the most beautiful hot dog he had ever seen.

A story about a group of friends who encounter a truck that was just about to hit them, only to mysteriously vanish. Together, Jim and his friends must find out where the truck has gone, what its purpose is, and how it seems to disappear into thin air!