For the quote “Your destiny lies with me, young skywalker” from Star Wars, I decided to use the Yin & Yang symbol as stated in my last post.

However, I decided to modify it to the new design above as I wasn’t sure if I was communicating the design effectively and was afraid that certain elements were not coming through from the first picture. I decided to make it clearer that ‘young skywalker’ was represented by a baby AT-AT walker, which is a vehicle in the Star Wars universe, and is also a word play on skyWALKER. The fetus-like position of the AT-AT helps to enforce that it is a young boy or person.

To represent the dark side, I decided to use a symbol of a gorilla based on the recent (and famously controversial) story about Harambe, a gorilla who had lost his life because of a boy. The story is rather symbolic and almost mirrors how Darth Vader lost his life to redeem himself and young Skywalker in the end, much like how Harambe the gorilla is seen as a hero to some people.

I would appreciate some advice on whether the newer design is better, or if there are elements I can remove/add to improve it. Thank you for reading. 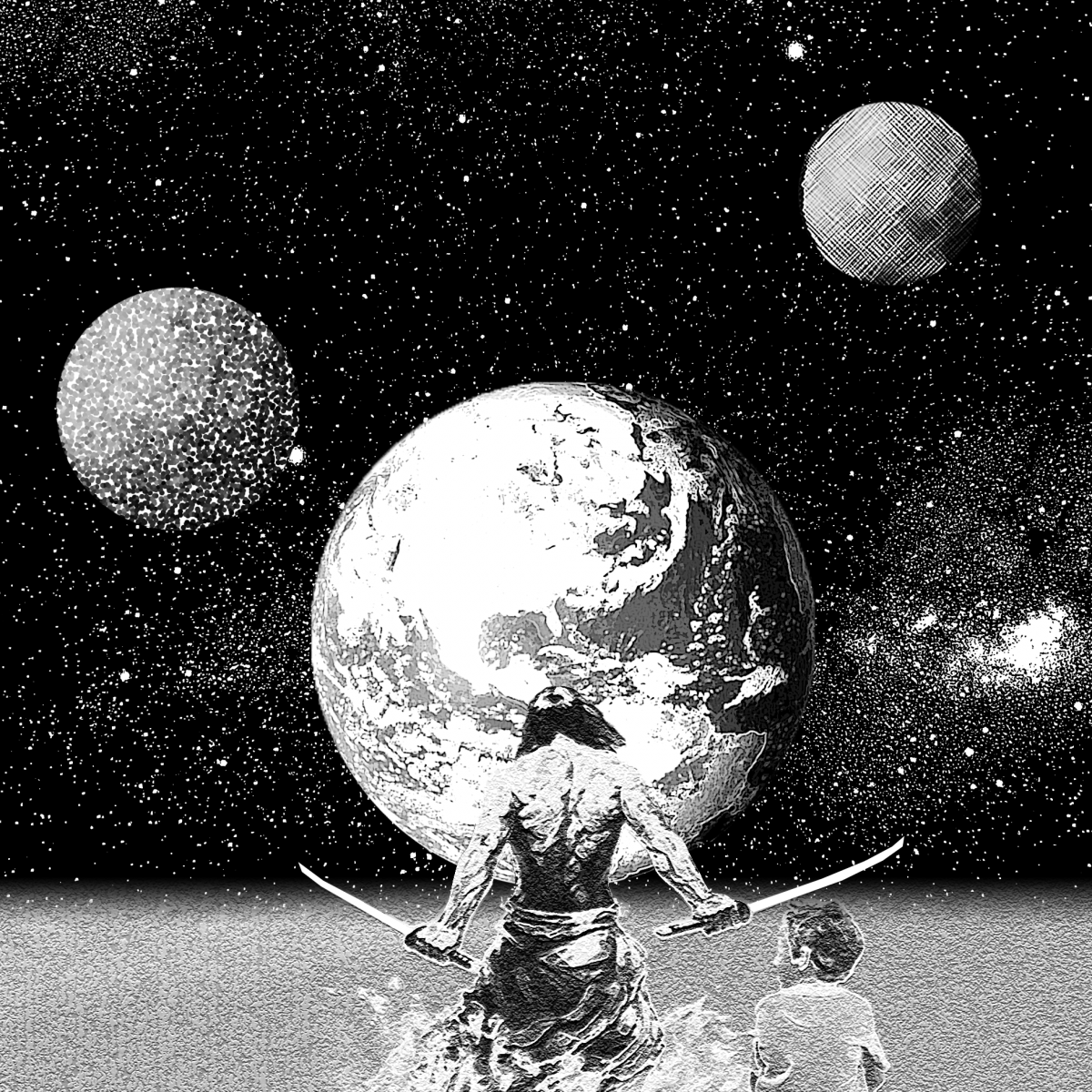 Below are the final 3 designs of the other movie quotes I have done. Each image is accompanied by a movie quote which is represented by the image.

Do or do not, there is no try – Yoda, Star Wars

This design shows a fish on a conveyor belt moving left to right. As it moves forward, it will fall over the edge and be tossed into the fire. Its death is symbolised by the fish bones. As the quote is about how we either do something, or not do it at all, this part of the image shows the “DO NOT” of the quote.

However, at the top of the design is a fish with its head pointed toward the sky, to signify that it had jumped away from the fire and into an alternate “space”, which is water, and survived. This part of the image shows the “DO IT” part of the quote, which tells us to go for it and YOLO, because there is no such thing as “try”.

I used black against white at the top and bottom of the image to represent the different spaces – water at the top (with the addition of water droplet shapes) and fire at the bottom (which can be seen by the flame shapes near the edge where the white and black meet).

Together we can rule the galaxy as father and son – Darth Vader, Star Wars

This image shows a man and a boy looking away. The bigger figure implies the father and the boy implies the son. And them looking out into deep space shows the ruling of the galaxy in the quote. The father is a Samurai, wielding two swords to show how he is looking to conquer what is before him – the galaxy, and is also a hidden reference to Darth Vader, the character who says the quote, as the costume for Darth Vader was inspired by a Samurai.

The huge circles are planets, which give the galaxy an identity of something rule-able.

I went with a concept of using the Yin and Yang symbol to represent the light and dark side of the Force, which is a recurring theme in the Star Wars trilogy – the balance of Light and Dark. On the right side, the dark side is represented, vaguely showing the character Darth Vader, signifying the father and a baby AT-AT (a vehicle in the movie) in a circle on the left to signify the son, Luke Skywalker.

I am looking to improve the image to make it more obvious that it is a baby AT-AT.

Star Wars, for the win.

This quote was taken from the movie Interstellar. The final product was an evolution/adapted from a string of previous images.

I used a skeleton to show a once alive human sitting in a stargazing position. However it is overcome by an eye in the sky which acts as a focal point. Replacing the moon in the sky is a giant eye gazing down at the tree and the earth.

The tree’s roots extend to show a house and human civilization buried in the ground and dirt.

Below is another concept of the same quote.

I thought of a simpler idea at first, to identify the 3 elements that I needed in the image – An eye, a house (to represent our ‘place’ in the dirt), and the grass / soil to represent the dirt itself.

After the last week’s review, I decided to try and see if I could tweak the man’s head figure a little as it was previously not very well done and did not add much to the image.