I was really excited to do watercolour!

Here is my painful and fun process for my 4 panels.

All of my composition development are in my CPJ.

More detailed explanation for colour choices are all in the post for final.

Before this I actually wanted to draw my characters on the paper directly but I keep erasing because the position is off and etc. Thus, I decided to cut them out and curate their positions instead.

Keeping in mind I have to be efficient, I drew out my characters first before I painted them.

And, I decided to use purple to represent myself in this project.

In personality tests, almost every single one will tell me purple represents me the best.

The other reason is simply because my panels are in Role Playing Game setting. And I’m a mage/ wizard. Thus I used purple to highlight the element of fantasy to make it more fun and exciting. 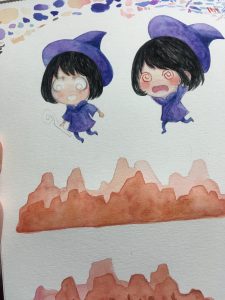 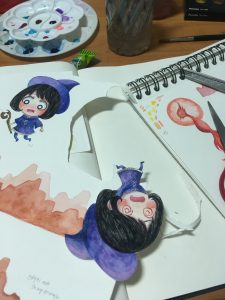 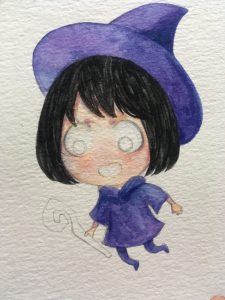 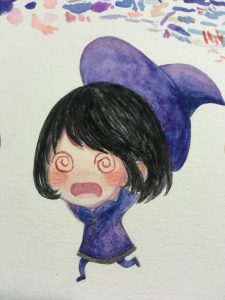 I swear the one with the flustered face is me 99% of the time.

After painting it I had to cut out the figures, this is where all the pain comes in. 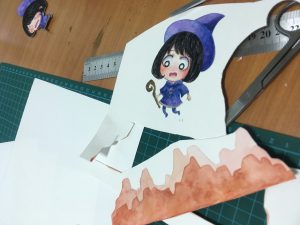 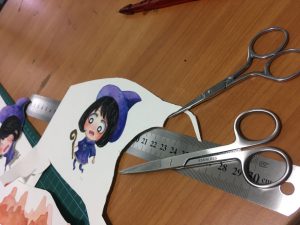 At first I wanted to use a long strip of mountains for background, eg the brown mountains above. Afterwards I realized it’s not going to be what I want. So I stuck it into my CPJ.

The colour was off and it cannot create the effect I had in mind.

Anyway, I moved on. 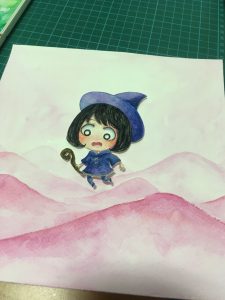 This was the initial composition but it felt very flat so I decided to cut out stones to add to the composition instead. 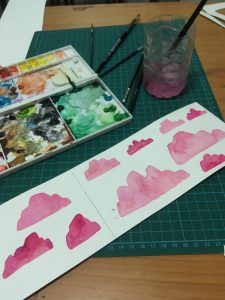 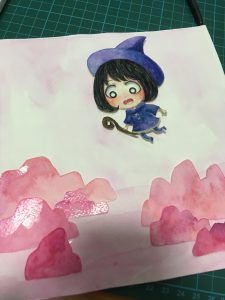 It took me a while to decide where to put the stones into the frame. I wanted to make sure it looked layered and delicate so I painted a few. I painted directly onto the paper without sketches.

I used Pentel reddish purple for the background and stones. But adding more water made it slightly pinkish, adding in a hint of playfulness which I intended. 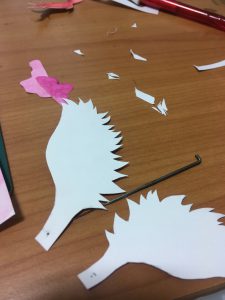 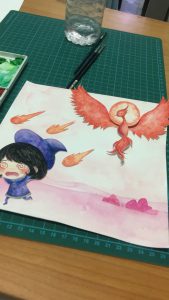 The wings were a pain to cut. I had to be very careful when I stuck it onto the paper as well. I was afraid of breaking the components. 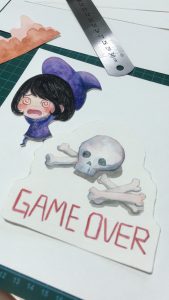 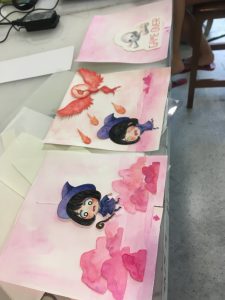 I am really proud of myself!! For the 1st time. 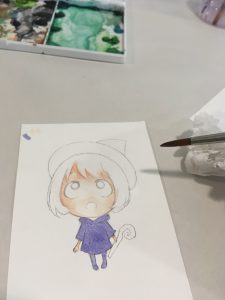 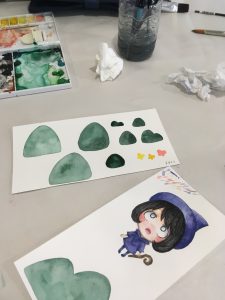 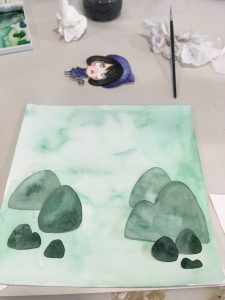 I chose to use Holbein’s shadow green to match with the violet I obtained by mixing Pentel’s purple with holbein ultramarine and cobalt blue. 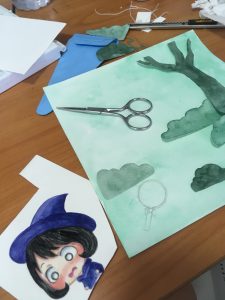 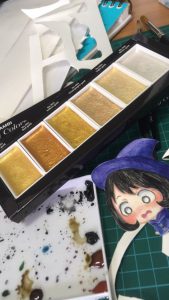 Let me show off my gold palette HAHHA

Even gold paint has different types of Gold! I added decoration to my character’s clothes using champagne gold. This is because the other golds stand out too much and is very harsh on the colours I chose to use.

This panel was supposed to be the last panel. I was really excited about drawing Fendi and Joel so I decided to skip to this one first.

I painted the background first because I know that I had to wait for it to dry first before I can stick or even curate the components. 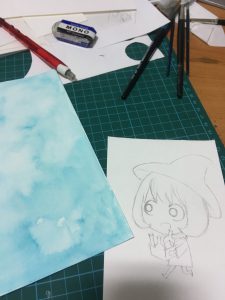 I gave the copy to Fendi so it’s not in my CPJ.

It was supposed to be my final but I realized that

I was painting Joel half way too. I stuck it in my CPJ.

He looked really weird in red cap and shirt. He looked like a delivery post man so I decided to re draw and re do entirely. 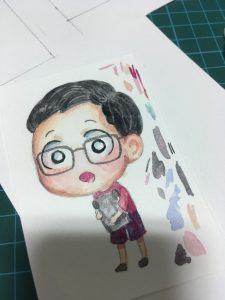 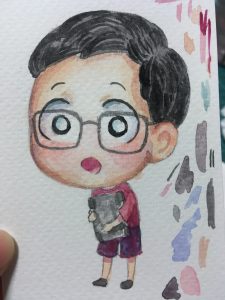 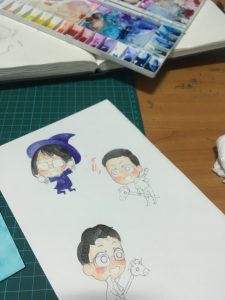 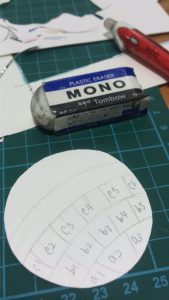 The disco ball was a pain. I had to label every thing before I can cut and position them. I failed 3 times in total. I wasted almost one whole piece of reflective paper.

There goes my money HAHAH 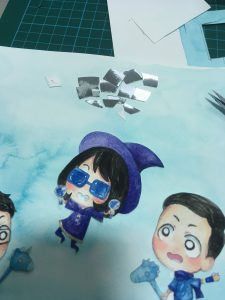 I accidentally bumped into the table and whatever I placed nicely went out of position. 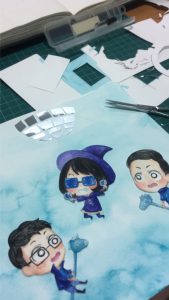 And Finally… I got the last frame for this panel out 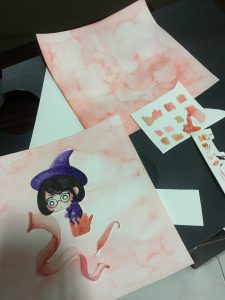 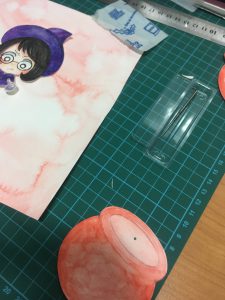 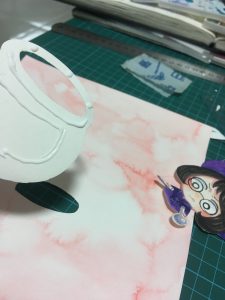 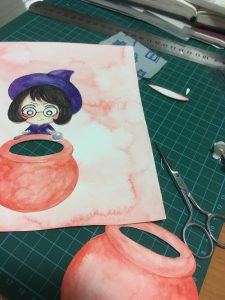 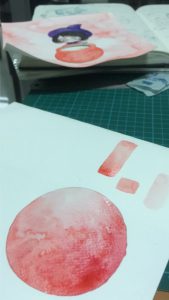 This panel took be the shortest time because I managed to pick up how to quickly cut and curate.

I like how the paint interacts with water and the paper.