what is up peoples of the Joyful 2D class !

Once again we have come to the end of a very amazing project process. This project enabled me to view things from the out of the box perspective.

In this case, the object that I have chosen for my work is the Computer. Computers are part of an everyday object of humans life int his day and age where technology is everything. Almost everyone, every job scope, every organisations requires computer for their everyday use. Therefore I believe that as university students ourselves, computers are vital pieces of technology that we cannot live without. Having this in mind, I decided to go straight into the brainstorming session.

These are the final 6 pieces that I hand drawn. It was before the colouring and digital manipulation in photoshop.

Computers from the POV of university students is encyclopaedia. 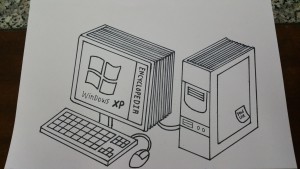 Computers from the POV of cats is bed. 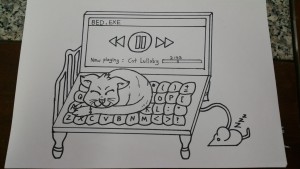 Computers from the POV of factory is giving Birth. 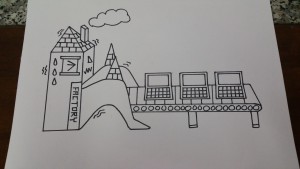 Computers from POV of Bill Gates is Money Printer 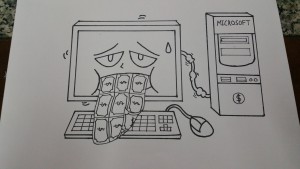 Computers from POV of Tony Stark (Ironman) is Easy as ABC 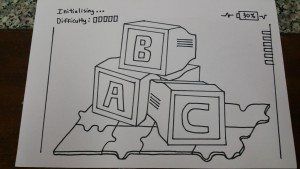 Computers from POV of Fingers is Whack-a-mole Game For this project, I decided to venture into photoshop, something which Im not good at to begin with. I had little photoshop skills prior to coming to ADM as my polytechnic work dealer mainly with video editing software instead. So I started to learn and watch tutorials, as well as to explore techniques in photoshop.

After Im done with the drawing, i scanned them to my computer and coloured them digitally. I also tried to add in shadows and adjust tonal values off the compositions to make it more realistic and believable.

One thing I added was to create pixels texture on the composition itself to make it feel like an actual computer monitor if you were to zoom in many times over.

I have also done research not the colour themes of Windows and microsoft. I also did a brief read on the history of the windows operating systems and take into consideration how I can implement that into my project, to give it a ‘timeline’ narrative of some sort.

This is the final outcome!

What fingers think I am What factories think I am 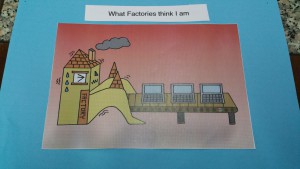 What university students think I am 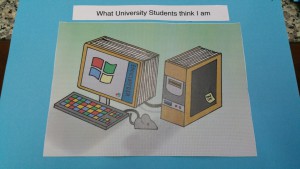 What Bill Gates think I am 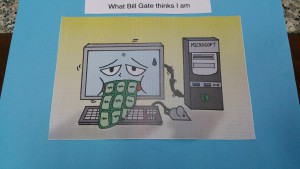 What Tony stark think I am 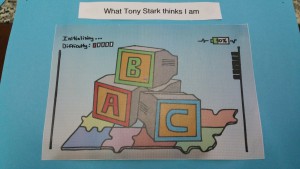 What Cats think I am 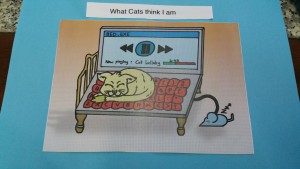 What I really am LOL 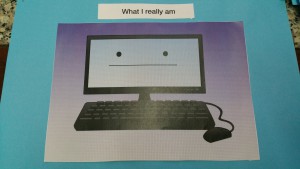 For this project I decided to present it in a very famous meme way, where different roles and objects are being view differently by different people in the society. The colours selected for the background was also to produce the rainbow well effect. There are also numerous hidden rainbow wheels incorporated into the composition. This is to show that although majority of our lives depended greatly on computers, there will still be times where a rainbow will comes along and screw our work up, and that nothing is invincible!

Ironically as I was doing one of the compositions on photoshop, i encountered the rainbow wheel without saving. Luckily the wheel disappeared after like 2 minutes. Moral of the story, always to save your work!