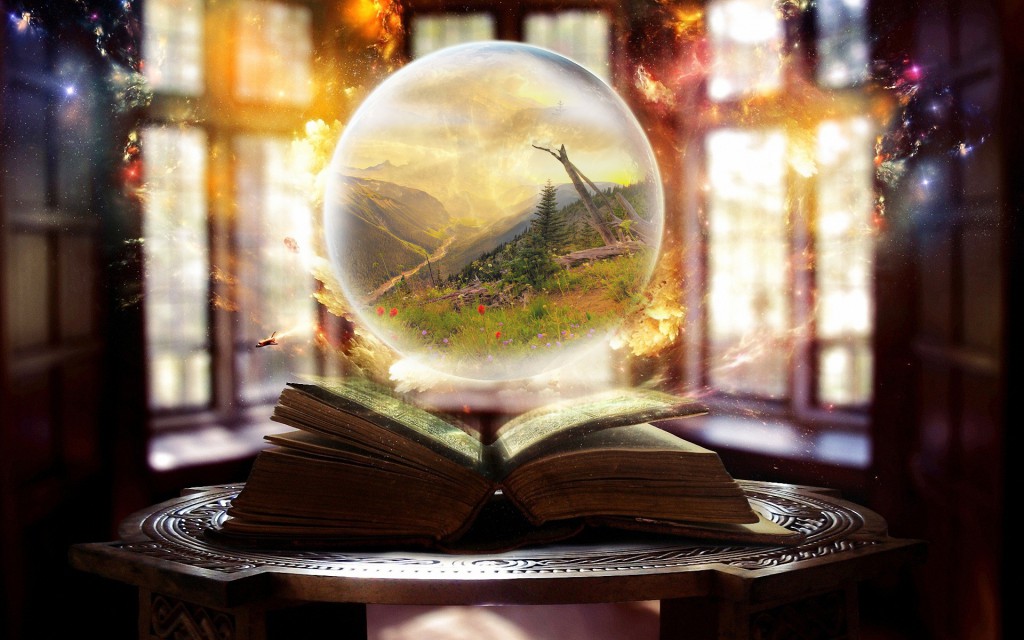 Ever since the start of the Kingdom of Craszava, the power to govern the kingdom was always in the hand of the one who is sitting on the throne. However, that was the official reply given to outsiders whenever they questioned the ruling of Craszava. There was some inside information about the success of Kingdom of Craszava and it was never made known to anyone outside Craszava, at least not officially.

Not all the outsiders knew that there was a witch tribe supporting the Craszavian kings all the time. To the outsiders, the main factor that allowed Craszava to flourish and eventually becoming the superpower in the region was the leadership of Craszavian kings. Little did they know that the kings of Craszava were all assisted by the Atkello witch tribe. The Atkellos would come together and cast spells over the field to increase output and also to increase the fertility of soil. Not only that, they would cast spells to adjust issues in almost any situation so as to idealize them according to plan.

The Atkellos became increasingly significant in directing the politics of Craszava. Numerous treasures were presented to them and the whole tribe became wealthier than before. As usual, greed destroyed everything. Corruption was prevalent in Craszava. That was when the King Denzh, King of Craszava from 404 BC to 380 BC, decided that the Atkello witch tribe had to disband. War between the Atkellos and Imperial Palace raged on for weeks, Atkellos witch tribe couldn’t withstand the ferocious attacks and hence the remaining survivors of Atkello left the Capital to hide.

Although they were defeated during the war, they still hold a significant position in the development of Craszava. On top of that, the prophecy that surfaces recently will elevate the status of Atkello witch tribe once again. It is not surprising if the Atkello comes back to influence the politics of Craszava again since King Loise, the current king of Craszava, decides to choose his successor according to the prophecy. Craszava might rise to superpower again when the Atkello witch tribe is back to the Capital.

It’s the 4th day after the Royal Edict was issued.

Prince Wind had came back from his morning blowdart training at the training field while Prince Batulh was reading through his Astronomy Journal. A servant from their mothers, Lady Eliza and Lady Lloza, came to inform both of you to meet your mothers in the General Meeting Room in North Wing of the palace.

“I know you both do not want to fight for the throne, but we need to save your dad. King is sick again. I’ve heard that the Atkello group can help to cure illness too. Please set off soon to join in the search.” Lady Eliza said loudly and sternly.

“4 princes had set off during the past 4 days, my advice would be to start the search from a different place so that all of you can search more areas in a shorter time. I’m really worried about King’s condition so I hope that someone will bring the Atkello witch back soon.” 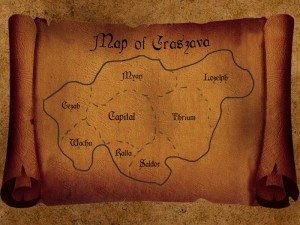 Both of you are standing at the back gate of the Imperial Palace with your entourage while waiting for the grooms to bring the horses to you. Prince Wind pulls out a map of Craszava and Prince Batulh is reading a list of pointers that he listed from his study of Atkello Group. There are 6 guards standing at the sides of the gate.

The clutter of the horses’ hoofs caught Prince Batulh’s attention. Prince Batulh then walks to Prince Wind to study the map together.

What will the both of you do next? Please also decide on where to start your journey together.

Craszava focuses on agricultural sector for their economy. Every household member has to work in the field and produce output according to the target set by the officials in the Imperial Palace. The great amount of agricultural products in Craszava had attracted many wildlife from around the kingdom to move to Craszava. There are sightings of many different wildlife around the forests and mountain areas of Craszava. The wildlife in Craszava consists of animals which are gentle to animals which are more aggressive in nature.

On top of all these, there were a few sighting of Kiatos, a type of familiar spirit in the form of dog, in the forest and also on borderline of Craszava. They are brown in colour and their fur are long and frizzy. They give off a stench when they are agitated but they will have a pleasant fragrance usually. It was believed that the stench is also a type of weapon for the Kiatos. The stench carries venomous microscopic worms which will attack the attacker’s lungs and it will spread from there on to the heart and brain, eventually taking over the body of the attacker. The body will be left in the forest for the birds to feed on.

There are rumors that these Kiatos are not offensive in nature but they will retaliate aggressively to those who tries to harm them. On the other hand, they will requite people who helped them in time of need. They always travel alone.

4 YEARS AGO
In 314 BC, a prophecy in Kingdom of Craszava foretold that the right to the throne goes to the one who is supported by the descendant of Atkello witch tribe.

CURRENT SITUATION
In 310 BC, Kingdom of Craszava is threatened by the fast expanding kingdoms around them. Craszava have been experiencing rather slow growth for years and their borders are often infringed by other kingdoms.

The current king of Craszava is old and superstitious so he wants to choose the successor to the throne according to the prophecy. He then issues a royal edict which says the one who gains the support of Atkello descendent shall be the next king. Since then, all the Craszavian prince set off on a journey to locate the Atkello witch tribe.

HISTORY OF ATKELLO WITCH TRIBE
The Atkello is the legendary witch tribe in Craszava which assisted the Craszavian kings since 531 BC. Their existence was not explicitly recorded in the history of Craszava but can be inferred from the events and rituals recorded. They were believed to be the ones who assisted the Craszava kings and led the kingdom to flourish.

However, a disastrous war broke out in 403 BC which wiped out almost 85% of the witch tribe. Hence, the elder in Atkello made the decision to isolate themselves from the world. They do not wish to participate in the governance of Craszava .

Both of you are the Prince of Craszava who will be going on the journey to locate the Atkello witch tribe.
However, before you guys set off, you have to decide your
1) Name
2) Appearance
3) Attribute Points (STR, AGI, INT)
4) Weapon of your choice
5) Size of entourage*
6) Luggage**

If you want, you can also include information about your background or a portrait of your character.

*Min: 1 ; Max: 3
**You are allowed to bring 6 items as your luggage, it can be anything that you think you might need it during the journey. Eg: Parchment paper and ink. Items that are complement will be counted as 1 item.