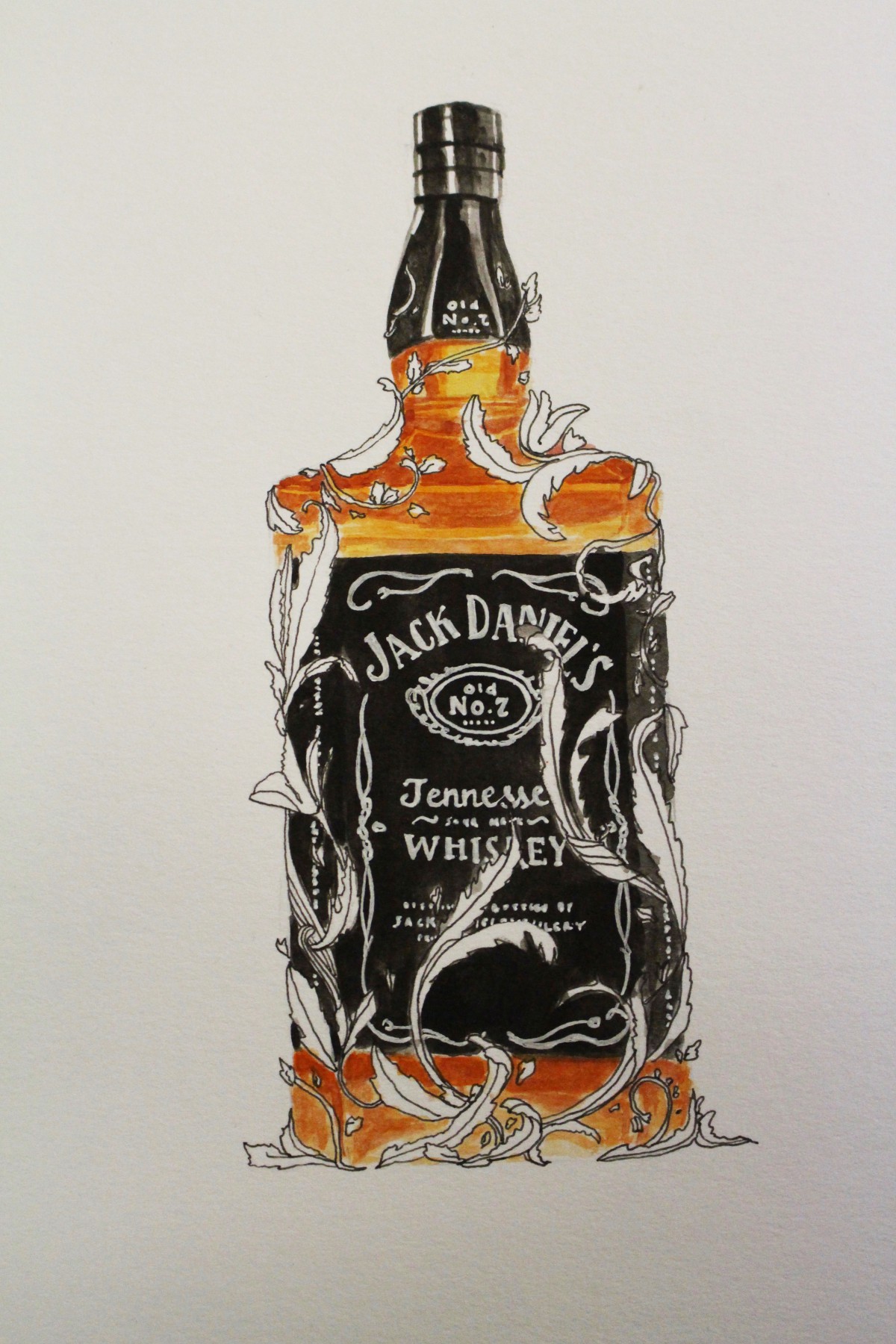 These are my final six A5 works for Point Of View for alcohol.

Alcohol from the point of view of troubled people is escape. How I chose to portray this point of view was that the bottle of the alcohol would be a shelter or hideout from the problems of the outside world, such as stress, anxiety and other issues. These problems are depicted by the dark spirits circling the bottle, while inside the bottle is a little village, being protected by the alcohol. Hence, it shows that alcohol is an escape from all these troubles. 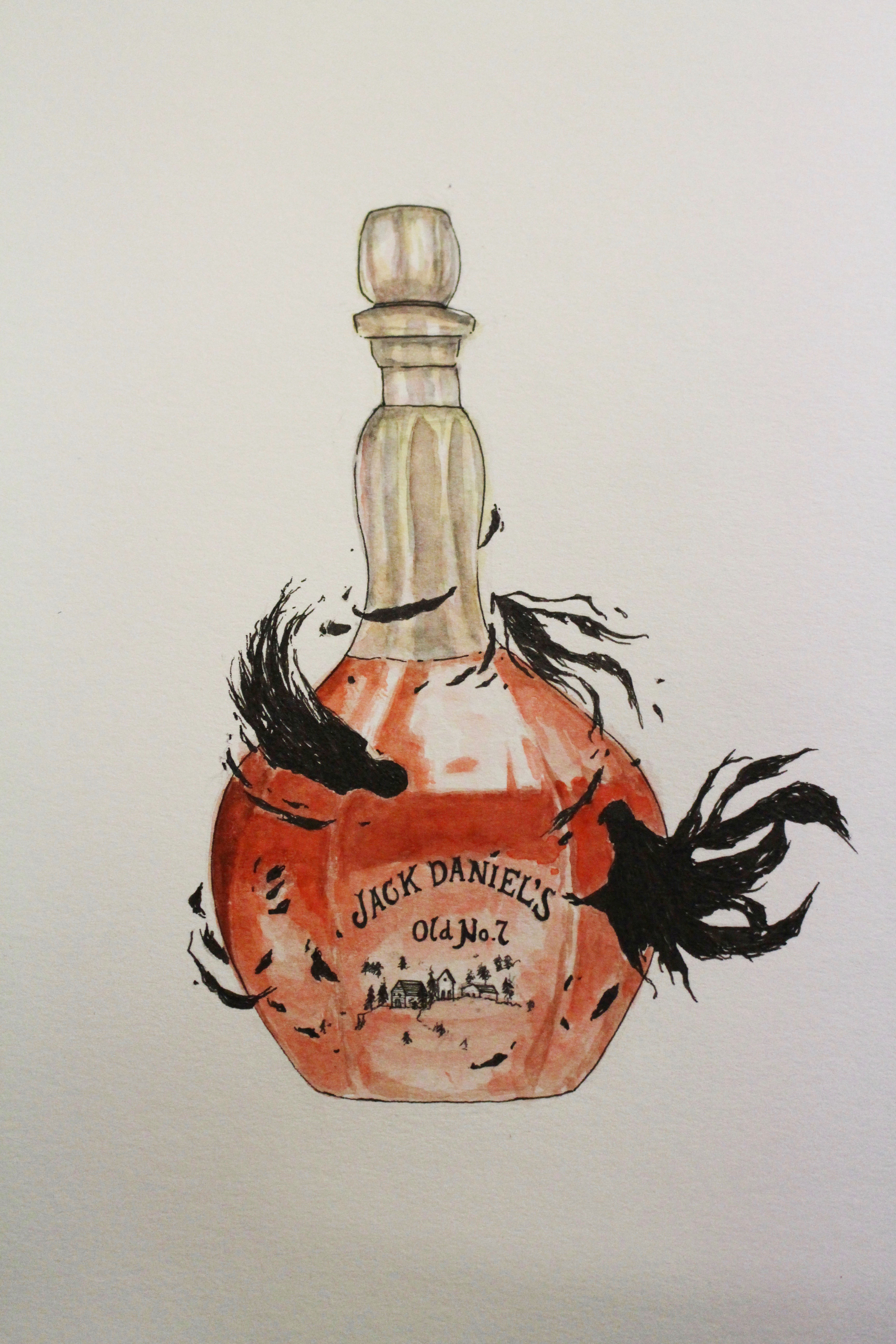 Alcohol from the point of view of alcoholics is a necessity. We see an alcohol bottle being wrapped around by leaves and vines. I wanted to show the addiction through the leaves and vines because over time, they would grow like how addiction to alcohol would become more serious after awhile. Hence, I decided to draw the vines slowly growing and being more attached to the alcohol, similar to how alcoholics need more alcohol as if alcohol is becoming a part of them now as their addiction becomes worse. Also, this work was inspired by Alex Konahin’s flora and fauna ideas. 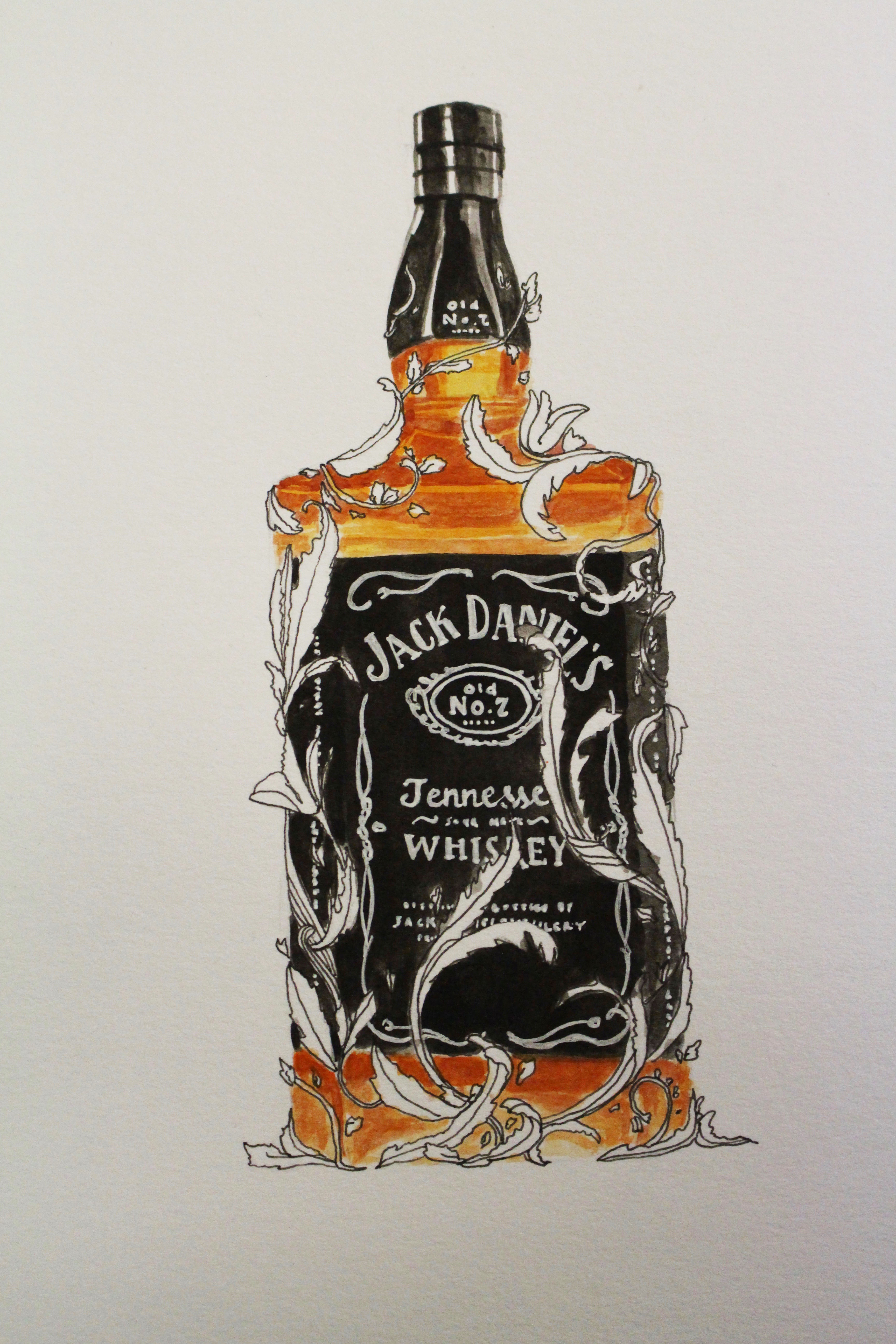 Alcohol from the point of view of criminals is a window of opportunity. There has been many cases of crime, especially rape, because these criminals take advantage of alcohol and use it as their weapon to target their victims. Thus, I wanted to show this by drawing lots of windows and these windows would form the shape of the alcohol bottle, like how alcohol presented these criminals the chance to commit such acts. 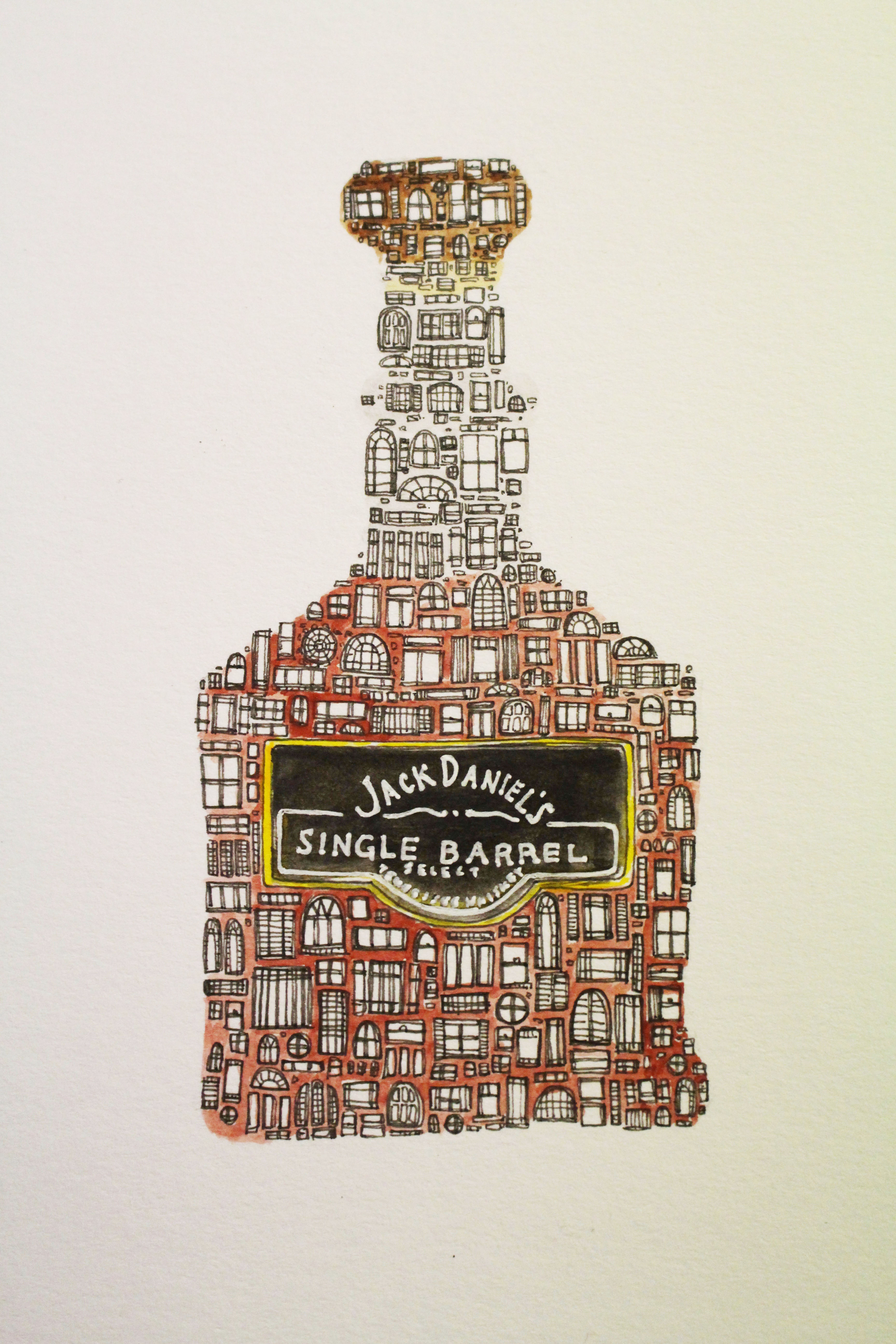 Alcohol from the point of view of the body is poison. This was the last change to my list of point of views I wanted to show. From the picture, we can see bubbles with the skull and crossbones inside them. I wanted to show that alcohol may not seem harmful to us, hence the bubbles were small and scarce. A lot of people have basic knowledge of what alcohol can do to the body, but they still continue to drink due to social gatherings, stress or habit. And from all these sessions of drinking they may not feel any different or sick, but to the body, there may have been a lot of damage done. The body views alcohol as something it does not want inside of it, but people still continue to consume them, and slowly, they are killing themselves and poisoning their own bodies. 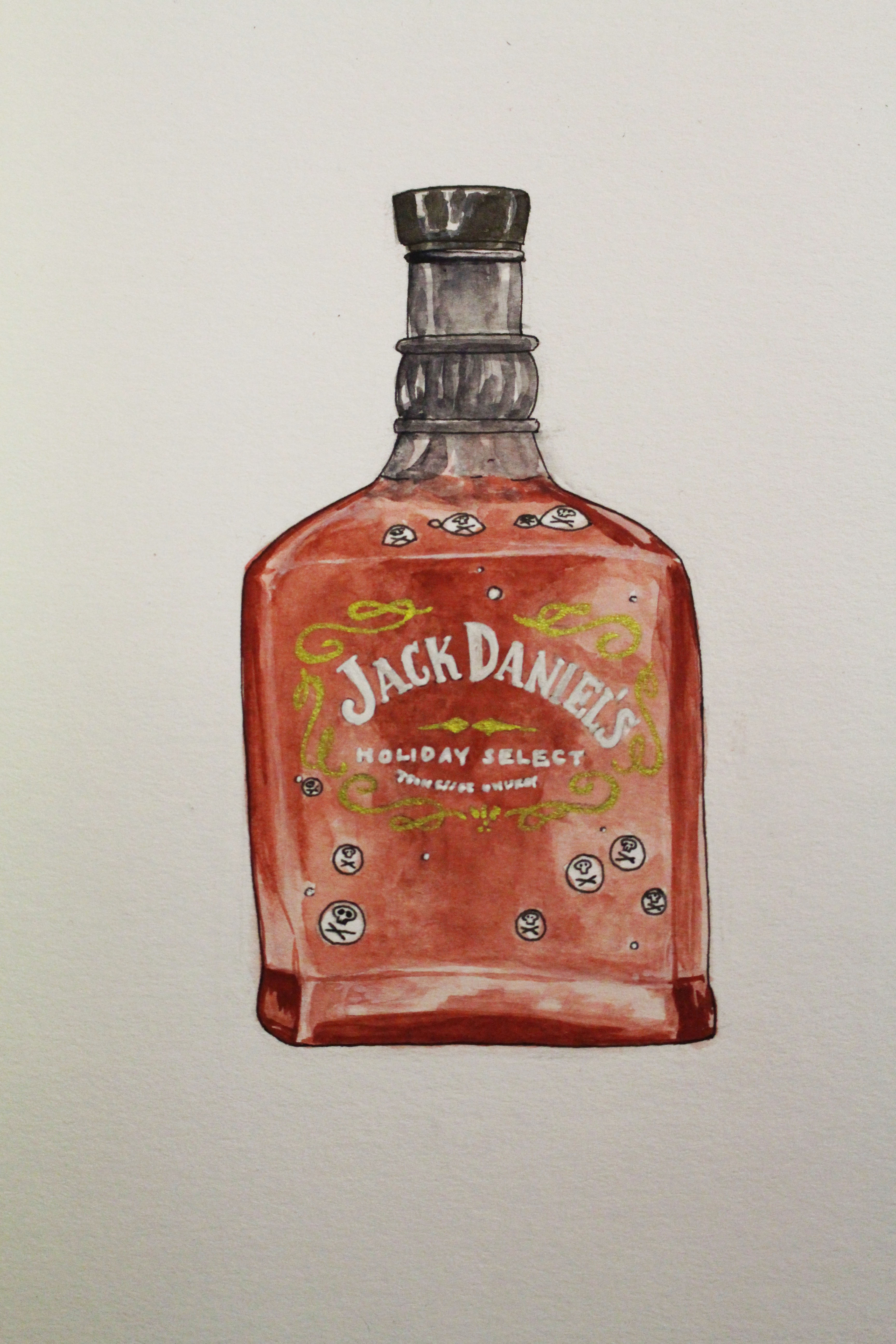 Alcohol from the point of view of recyclists is art. Alcohol bottles are actually very pretty and have a lot of uses for it beside storing alcohol, but they are just usually thrown away after its content has been consumed. For recyclists, they see many potential and ideas from these bottles, and through their ideas comes out art. Hence, I combined the paintbrush with the alcohol bottle. It may seem like an ordinary alcohol bottle but if you look closely, you can see the handle and bristles of the paintbrush. This work is inspired by Redmer Hoekstra’s combination of different objects. 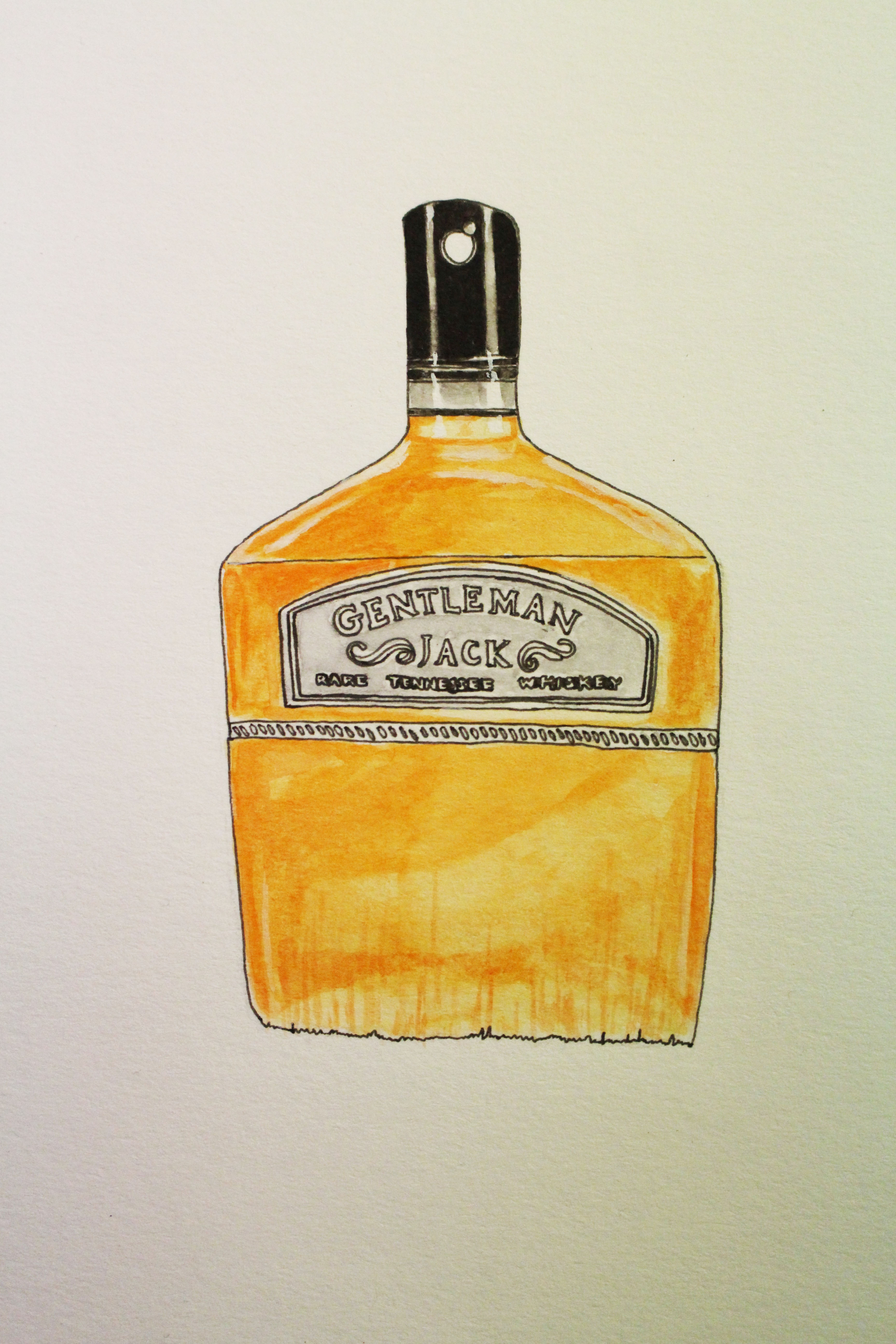 Alcohol from the point of view of churches are weddings. During weddings, it is common to find alcohol as one of the drink options. For this point of view, I decided to combine the architecture of the church with the alcohol bottle. You can see the different features of the church, such as the cross and the rose window, and the features of the alcohol bottle such as the brand and the label sleeve of the bottle. This work is also inspired by Redmer Hoekstra’s combination works. 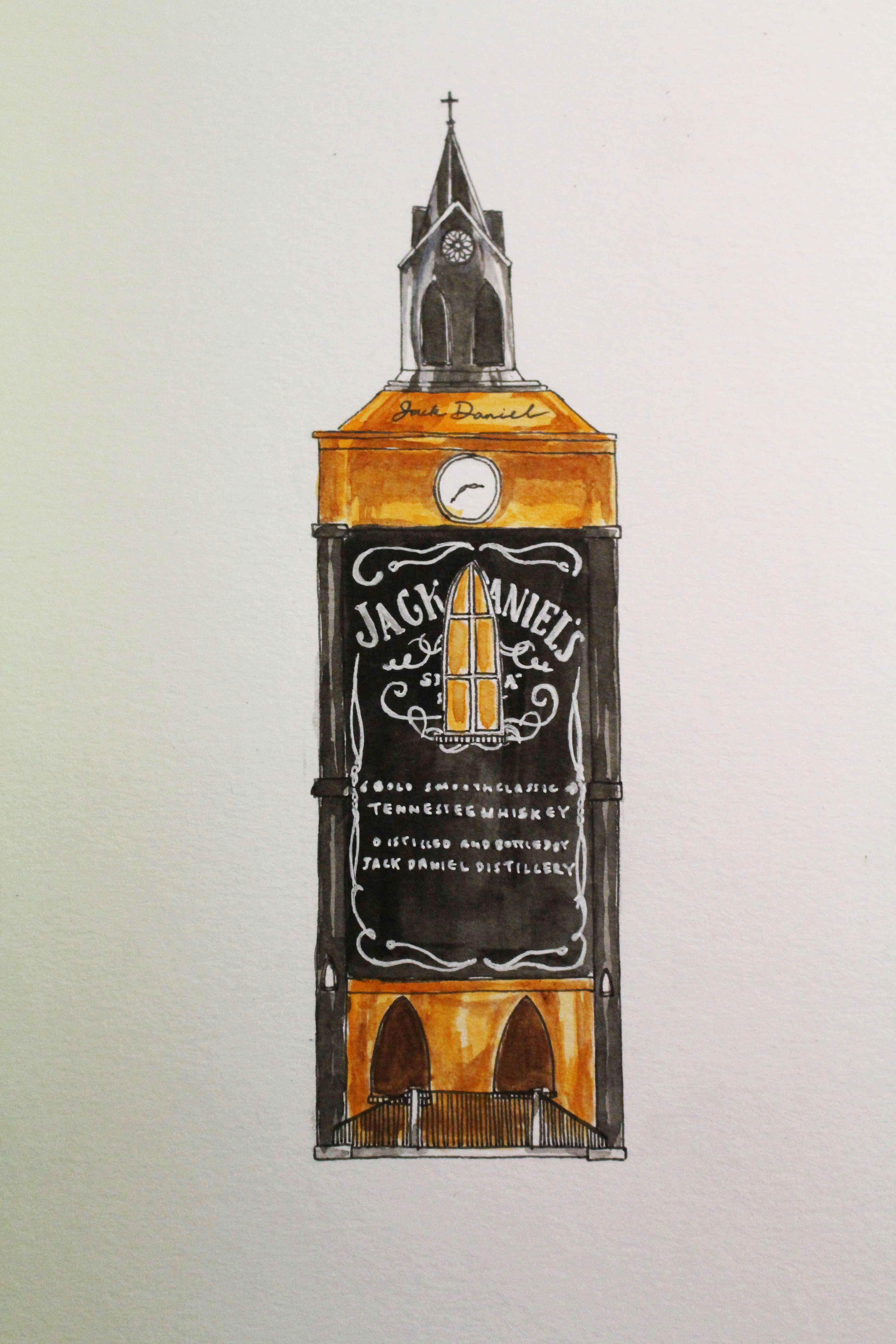 One thought on “Point Of View Final”