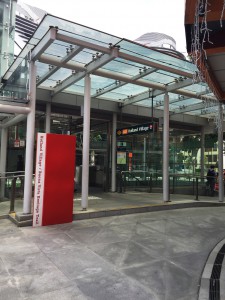 During the A levels period, I would come here early in the morning to study in a bakery called Provence. There cinnamon buns are the best I’ve tried so far, and so is their chocolate bread. 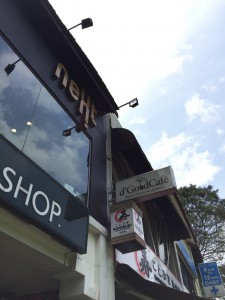 I’ve always wanted to try this cafe, but I haven’t got the chance to. 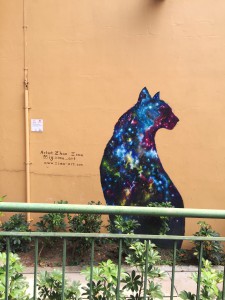 I came across this artwork while exploring and it immediately caught my attention and I did not see any wall mural before on my previous visits. Beside it, there was a small description of the artwork and it was actually done by an NTU ADM student for an SG 50 project. Basically, it is about how cats have become common sights at hawker centres and like eating out has been made more enjoyable by them, so the artist dedicated this wall mural to these lunch buddies. 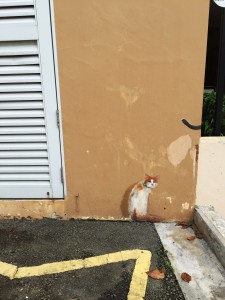 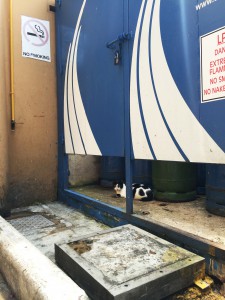 And I found a cat soon after I saw the wall mural!! 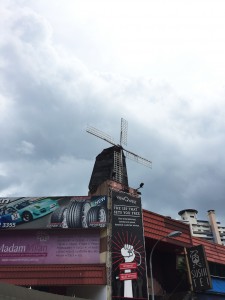