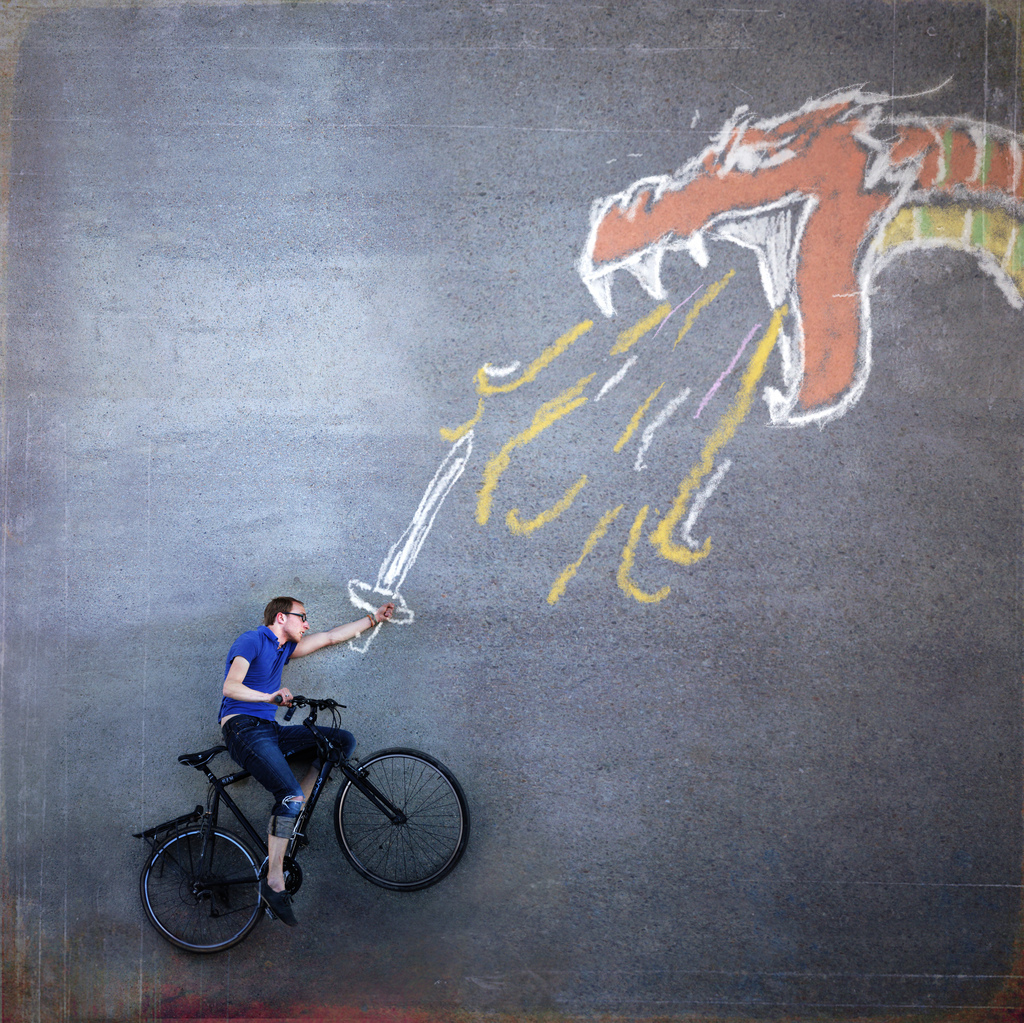 My inspiration for the third transition was from this artist called Joel Robison. His works, such as the above, influenced the concept of my third transition to use chalk art to engage people.

My takeaway from this project was learning how to transit from one stage to another and also the combination of different styles such as stop motion animation into photography to make it more interesting.