Project 3: Impossibilities of Being – Mass Fishing 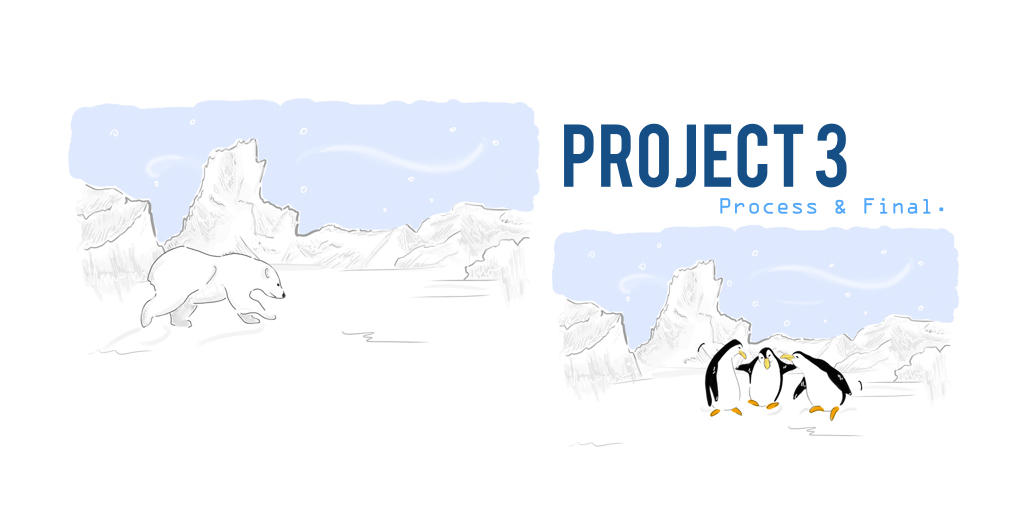 The final product can be found as attached above.

Ideation: How the Concept Came About

My selection of place for this project ended up being Antarctica. I did consider several other places I might’ve found interesting with revolving my project around. I constantly debated with myself on whether I should stick with my initial choice of ‘Antarctica’ since it would be difficult to execute the place and not much can be found there except ice, snow as well as some animals usually associated with it. It is with this project that I decided to challenge myself by thinking outside of the box; by adding another place in relation to Antarctica as a consequence of the action that is taking place.  I related a problem that isn’t usually evident in people’s mindsets when they do think about Antarctica. Even if problems were associated with the place, the first thing that would pop up in their minds would be global warming and the melting of icebergs.

Through this video, I portrayed the idea of mass fishing through certain ideas of film such as the usage of causality; which is the idea of cause and effect. An example of this taking place within my final video would be the fish thrown into the water, which the penguin makes a splash into the ocean after as it goes after it; just like predator and prey. The sound and imagery within this part of the gif video also correlates with this idea of causality. Notice the sound effects as both of these actions of ‘splashing into the water’ take place. The causation of both falling or diving into the water creates a similar imagery of a literal splash in both frames as they make contact with the water (effect). Alongside this, the cause of the splash is followed by the literal sound of splash which is noticeable in many parts within the overall duration of the video. Causality through the use of nonlinear narrative is also extremely apparent within the final product. The narrative of the film is more difficult to track since the tension arrives at the very end with the scene of slaughtered fish in a man made manufactured freezer in comparison to the nature scenes during the duration of most previous parts of the film. Other than that, this project did not follow a linear narrative where the past, present and future follow one another in smooth transition throughout time or duration. The first parts of the film is an illusion of being at Antarctica which comes to the audience as a surprise later on when they realise that they were inside the factory fridge the entire time. Similar imagery within the video used is changed subtly in the first and last parts of the film to get the message across, showing the audience how we were never really in Antarctica. An example in the video would be the trail tracks in the second frame of the film which can also be found in one of the later frames as well. In the second frame, the trail tracks may be perceived by the audience as having been made by a sled which may have been pulled by wolves in the cold climate of Antarctica. Later on, we find that the marks within the ice and snow were actually caused by the sliding of a fish plastic basket that is pushed across within the fish factory storage room. The entire film is a back and forth reflection of general feelings and thoughts of the cold climate as opposed to what is actually happening beneath this mask of ideas.

Rhythm is generally very constant throughout the video since everything was made with one or two frames which is repeated when necessary to demonstrate movement. Otherwise, the frames are close to being still and the movement is really made up by the imagination of the audience through the usage of sounds. There is a steady pace throughout the entire video and it takes upon a slower way making you pay attention more towards the details of what is happening. The sounds when combined, parallels… what is demonstrated, what your main focus should be directed towards as well as when the climax of the film takes place. There is a constant rhythm of wind howling and blowing in the entire film to set the tone of coldness, stillness and solemness in the mindset of the audiences. The use of tonal colors of blues, grays, and whites were also intentional throughout the environment to provoke these feelings. As we reach the later stages of the film, the sound of the constant wind blowing and howling becomes much softer and is overlapped by the constant noisy sound of the air-con. This blowing sound made by the air-con gradually becomes the main focus and the audience realises that they are no longer in a natural habitat. The difference of sounds in wind and air; one which is more natural sounding; flowing in a wavy sort of tone with noticeable changes in comparison to a more manufactured sound; a constant loudness with no changes within it, helps the audience differentiate the scenes. A sudden introduction of something new with the apparent constant sound that people have already adapted helps indicate change. The rhythm of sound is generally slow throughout the film but some overlapping sounds that are close to one another within the soundtrack introduces rapid movement or something important we should pay attention to (Speed & Timbre). An example of this in the final product is where multiple combinations of sounds occur in comparison to other parts of the film. Sounds of penguins chirping away, the splashes of both the fish being thrown into the water as well as the penguin diving in as well as the wind howling, played repeatedly and close to one another helps the audience to pay particular attention to this particular scene. This is a sudden climax of the film as well since symbolism takes place here. The fish is representative of our prey, just like the penguin which unconsciously dives straight after it. Just like the penguin, we do not think of the possibility of drowning while we just go after whatever pleases our needs without thinking about the consequences that may follow after. In this sense, we mass fish schools of fish without thinking about the natural environment and its consequences of extinction on them or biodiversity.

The placement of sounds within my film may take place before, during, or after the particular image of action takes place. These ideas are played throughout the entire film, introducing a smoother flow throughout the entire product. Sounds are placed before the image appears, hinting to the audience that something is about to happen, helping to fulfil their expectations after. An example of this are the two scenes of the girl (earlier and later parts of the film), inhaling and exhaling her breath. This helps prepare the audience to take note of this action taking place since the original (earlier frame) and reverse (later frame) versions are important to the film. The reversed version symbolises the reflection of our consequences and what has happened. As we take our breath back in, it demonstrates that we are rethinking what has been done. Usually, when the sound still appears after the image has changed within the film, it represents the aftereffects of the sound lingering in the atmosphere and this is where a new sound is smoothly introduced after. If the sound appears alongside when the image appears, the sound is usually in focus and not distracted alongside other sounds that happen at the same time. An example of this would be the splash of water made by the penguin during one of the middle scenes. Another would be the roar of the polar bear or the chirping of the crowd of penguins, where the sound helps to establish the environment right then and there and the focus is nowhere else.

How intense the sounds are, from low to soft, as well as its pitch also plays a crucial part to this film. Note that the sounds of the flock of penguins gradually drift into the atmosphere’s distance to indicate a gradual change of focus for the audience. Sounds are also much louder with close up shots such as the wool gloves rubbing together, the in focus air conditioner, and the inhaling or exhaling of breath with the woman’s mouth as we compare it to the slightly softer sounds by the animals in the distance.

Overall, I felt the duration of the prompt of a minute was rather fitting for what I wanted to get out as my main message. This film gives audience a sense of a lengthier experience since the tone was much more solemn with everything going as a steadier and slower pace. This whole experience is supposedly occurring only within a few seconds with the thoughts occurring inside the woman’s head as she thinks about what Antarctica would be like in perfection without overfishing as a problem. The only movements are a shift in a plastic fish basket within the storage room which she leaves in there and exits. Details are extremely paid attention to for this film’s execution. 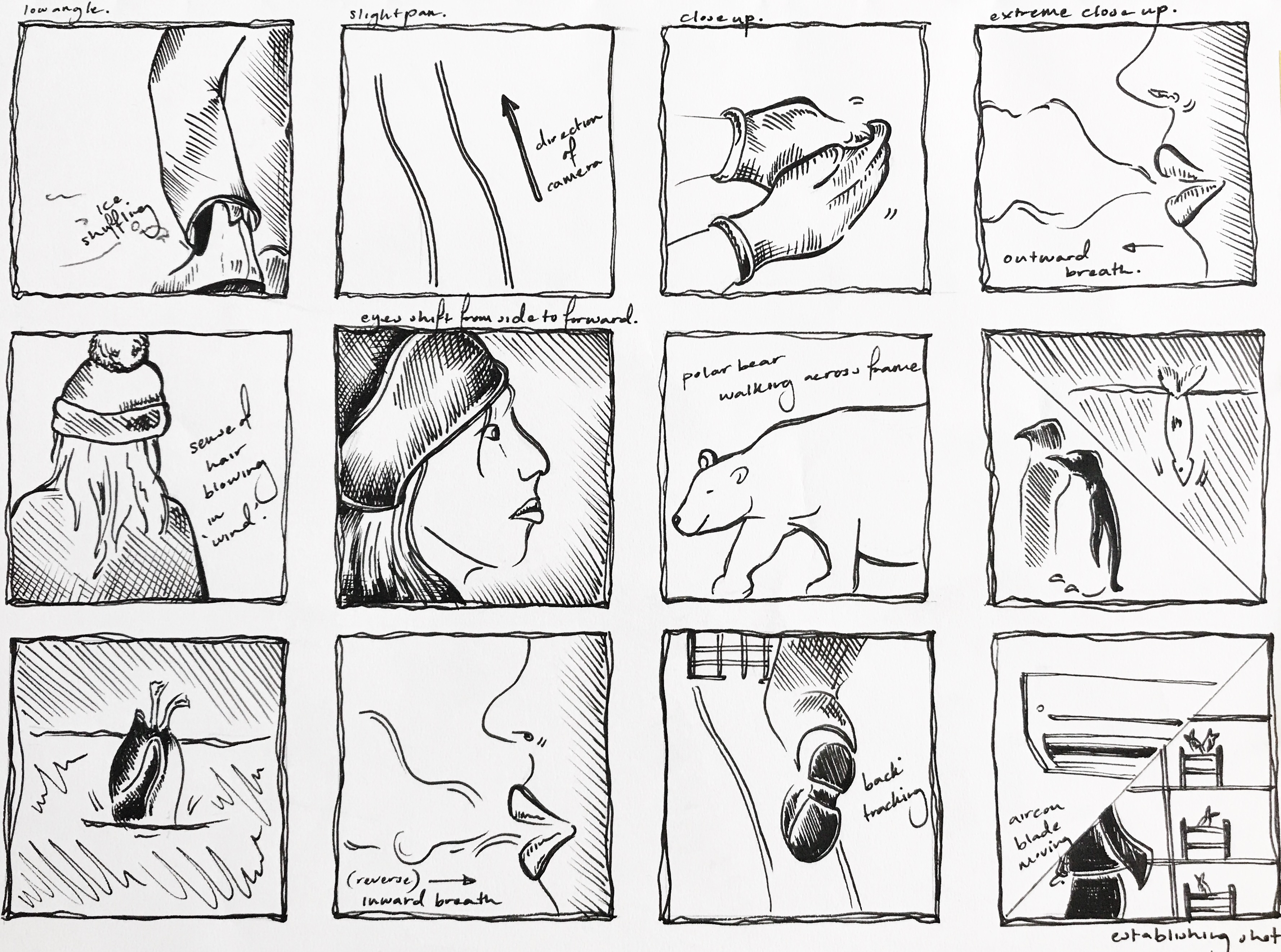 Shown below are some snapshots of the process involved with creating this final project. They include frames I have used as well as the evident overlapping of sounds to create the soundtrack. 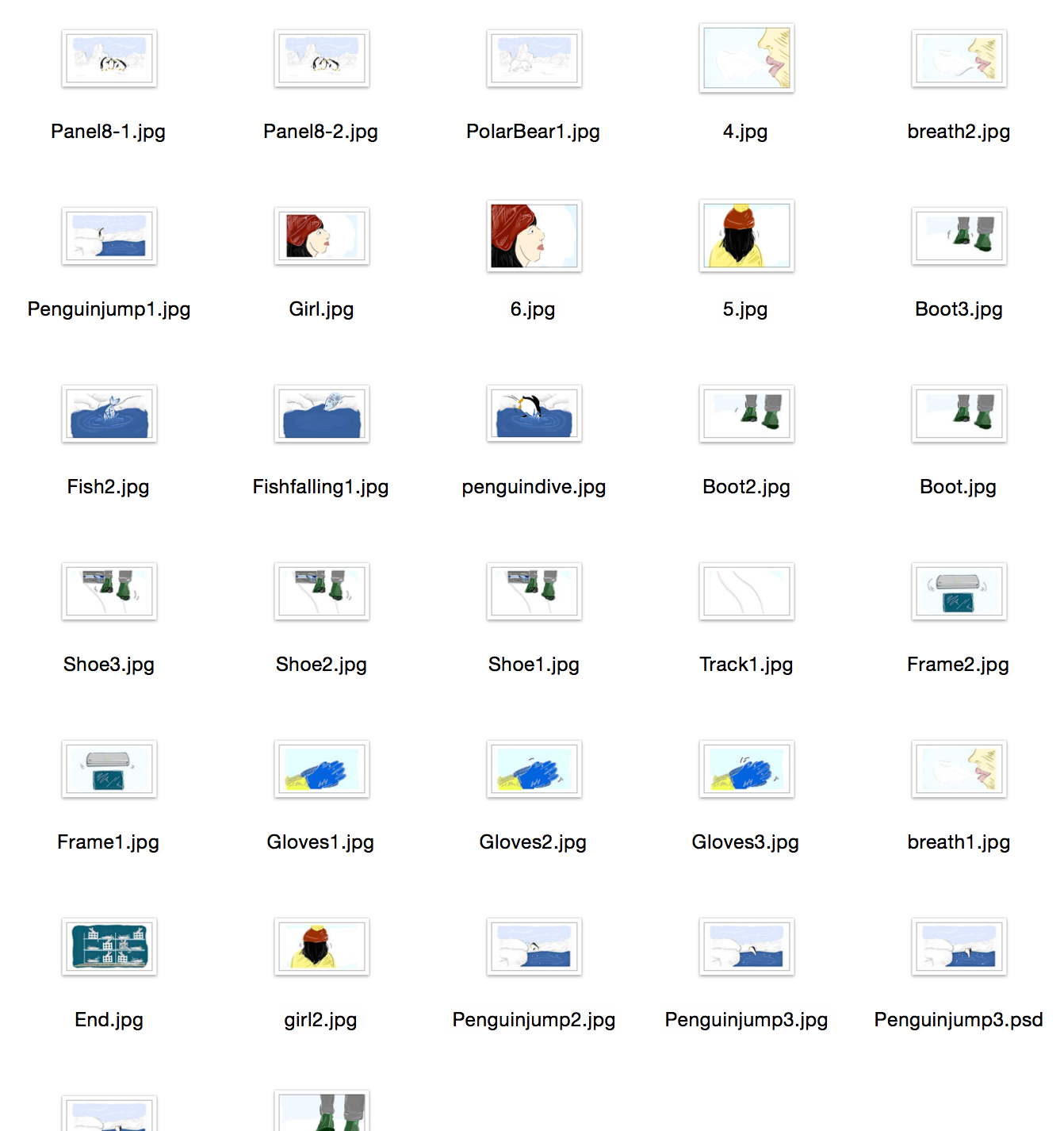 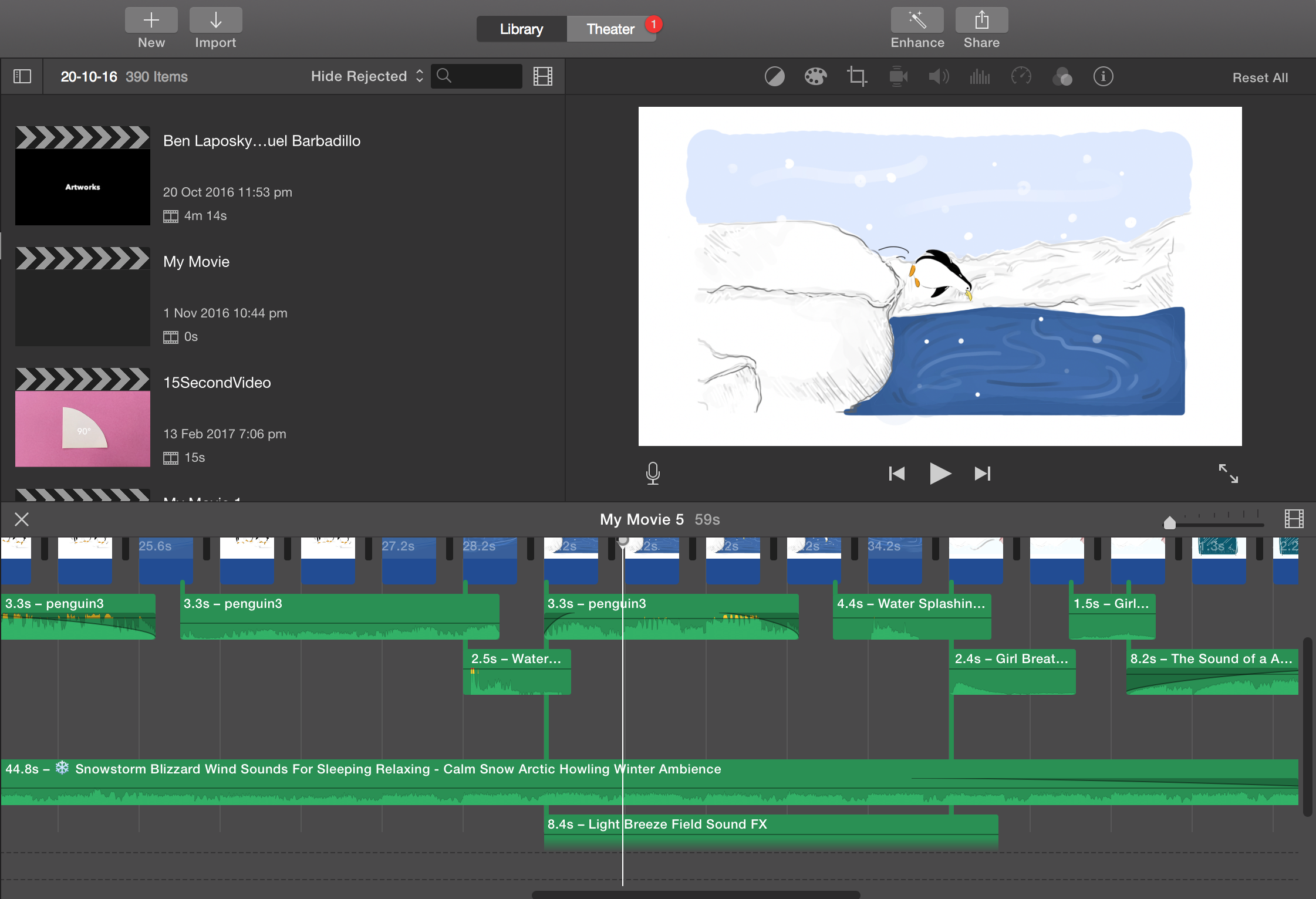 There isn’t really much to say for this project and in this post, except for how sound played a significant part within our final product execution so there’s that! 🙂