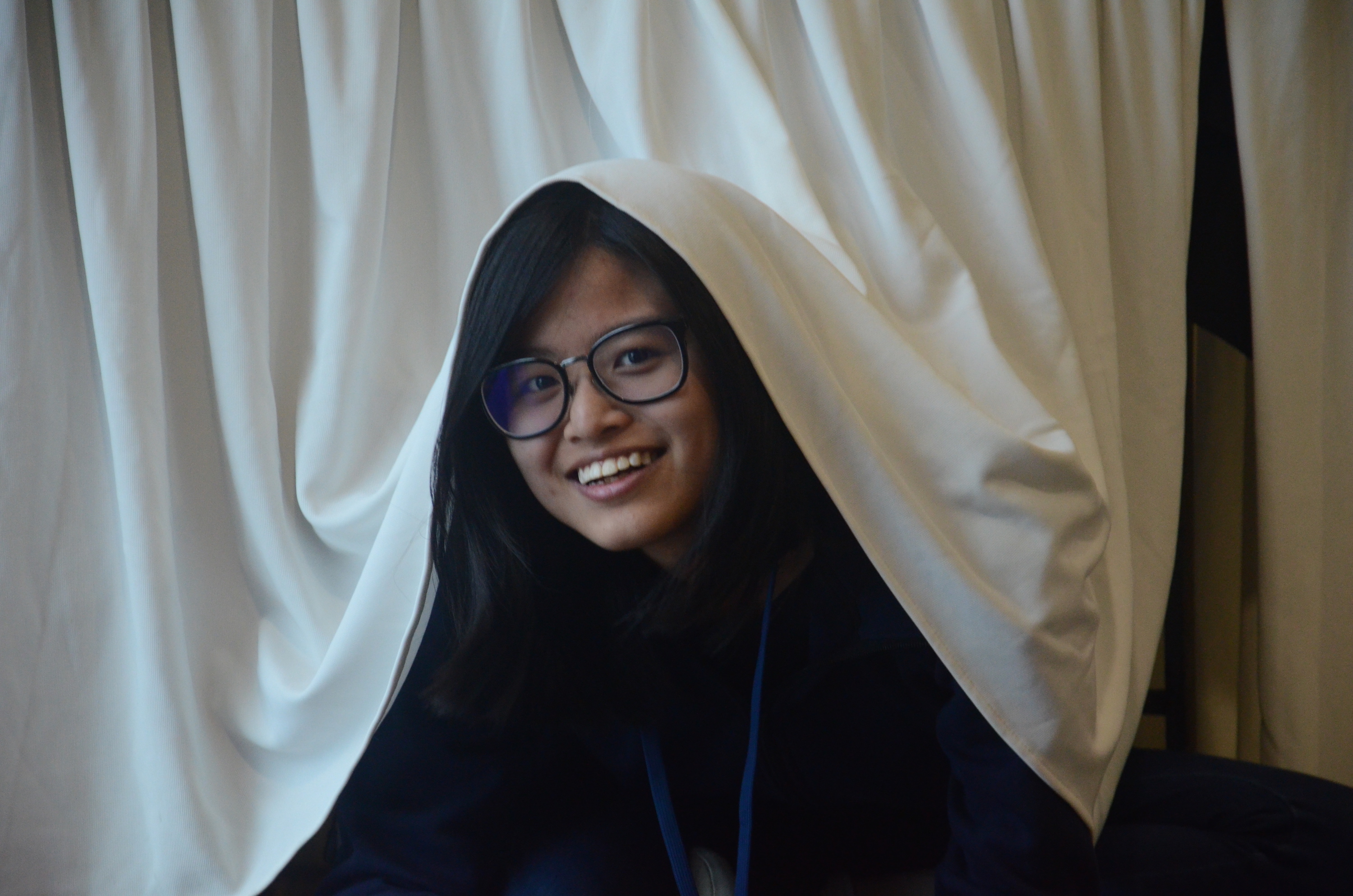 In this shot, I wanted to zoom more into Tricia’s playful expression which is why I had the rest of the environment cropped out within the camera. A close-up shot of just her face wasn’t used because I wanted to establish the setting – that she was fooling around under the table cloth. If it was indeed a close-up shot, people may have assumed the table cloth was some accessory she just liked wearing. The image is captured with a straight on, eye to eye level shot, to show that she is interacting with me on a personal level (she wishes to communicate with me and it seems as though she is welcoming me into the fun). A 1:1 ratio of white and black colors are also captured within this image creating a sense of balance as well. The focal point is directed on Tricia since the camera has positioned her in the center. 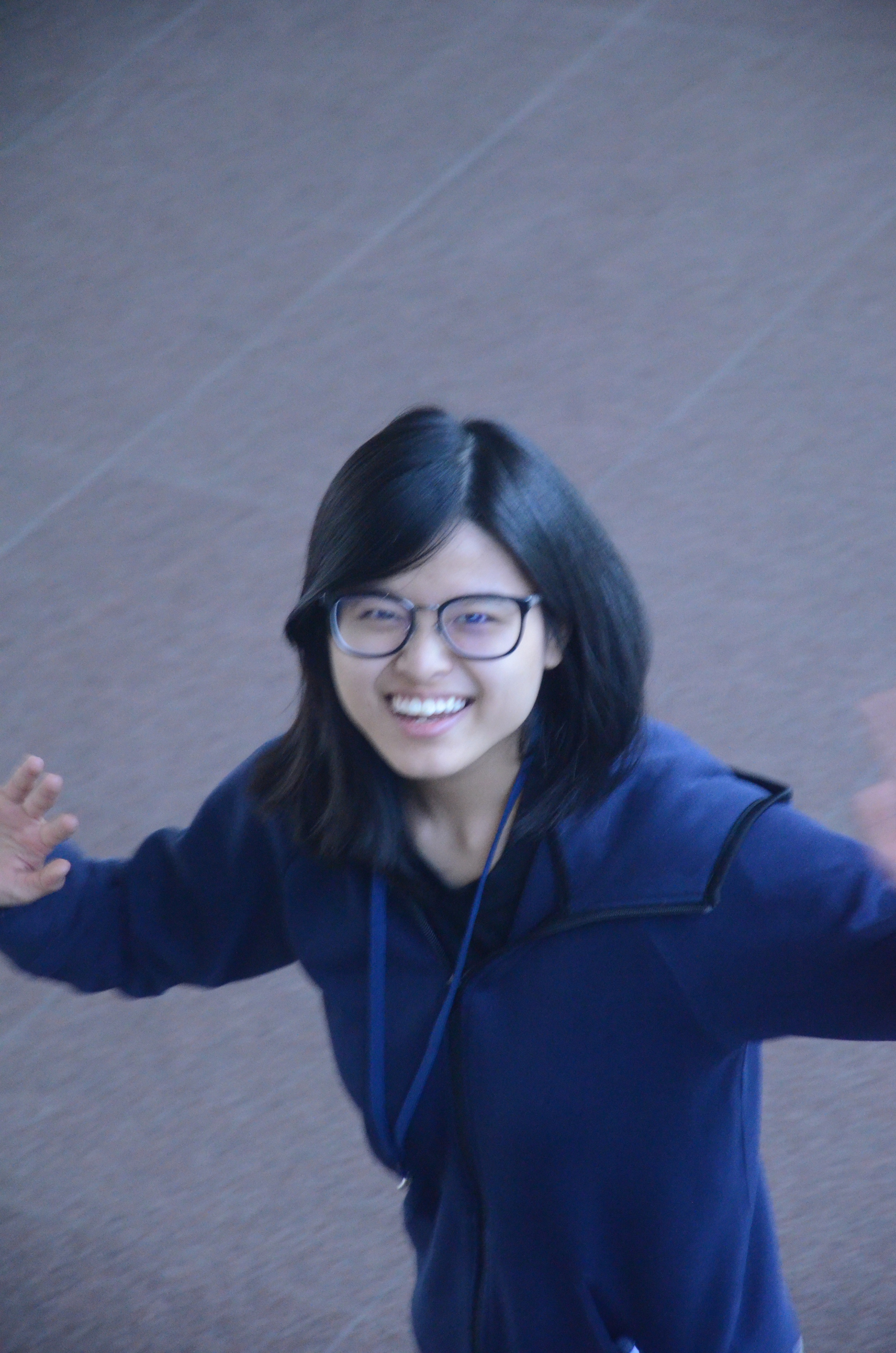 In image 2, I sneakily took a photo of Tricia while she wasn’t paying attention to what I was doing. I took the photo from a high angle while Tricia was somewhere below, near the edge of the stairs. The plain background surrounding her allows us to focus more on the action of her hands and her grinning reaction from the unsuspected shot. Since the photograph was taken from a higher angle, our focus is immediately drawn to her surprised yet joyful reaction as her facial expressions demonstrates as so. Her nose is slightly scrunched and her eyes are curved in a joyous manner. Our eyes then follow down the picture to her outfit. We can also see her outfit that day wasn’t too distracting color-wise which makes her face stand out even more. Also, a high angle shot would typically make the subject appear vulnerable but Tricia’s content face opposes that. 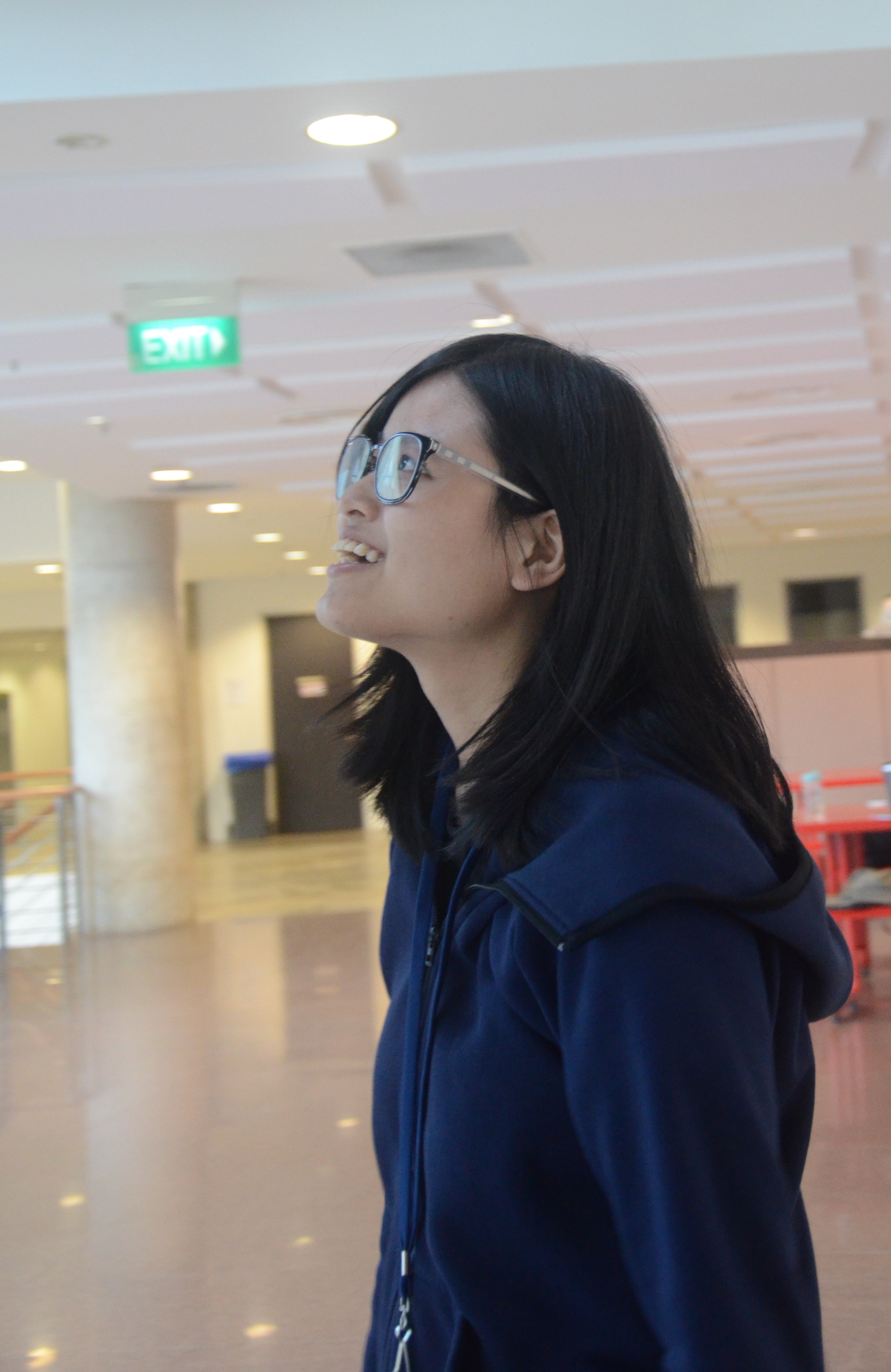 In this shot, I wanted to capture the side details of Tricia’s face as she looked up excitedly at the bars underneath the staircase before hanging playfully from them. She isn’t interacting with the camera so this becomes one of those, ‘capture in the moment’ type of shot. She takes up two-thirds of the composition of this image making her appear more significant than the environment. The background is blurred while the focus is on Tricia, forcing your eyes to be directed towards her.