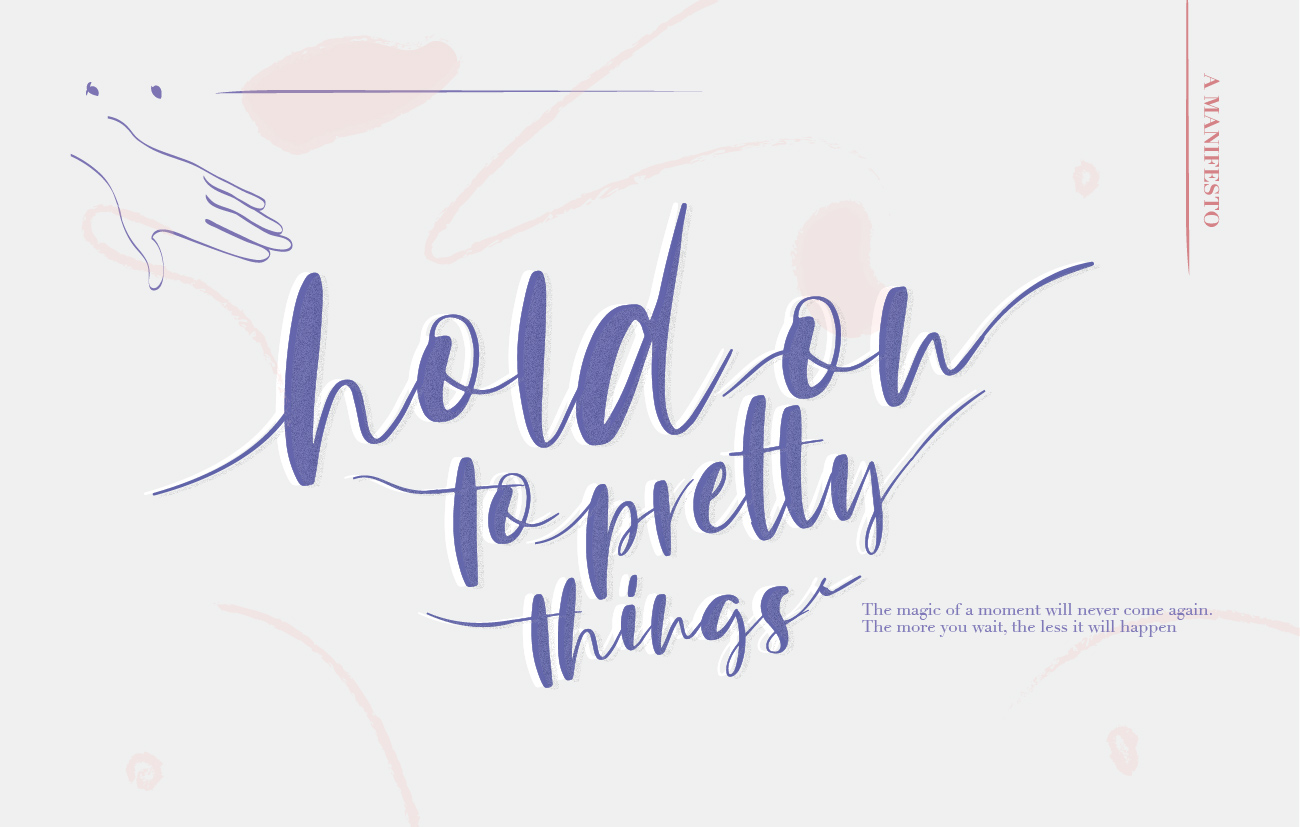 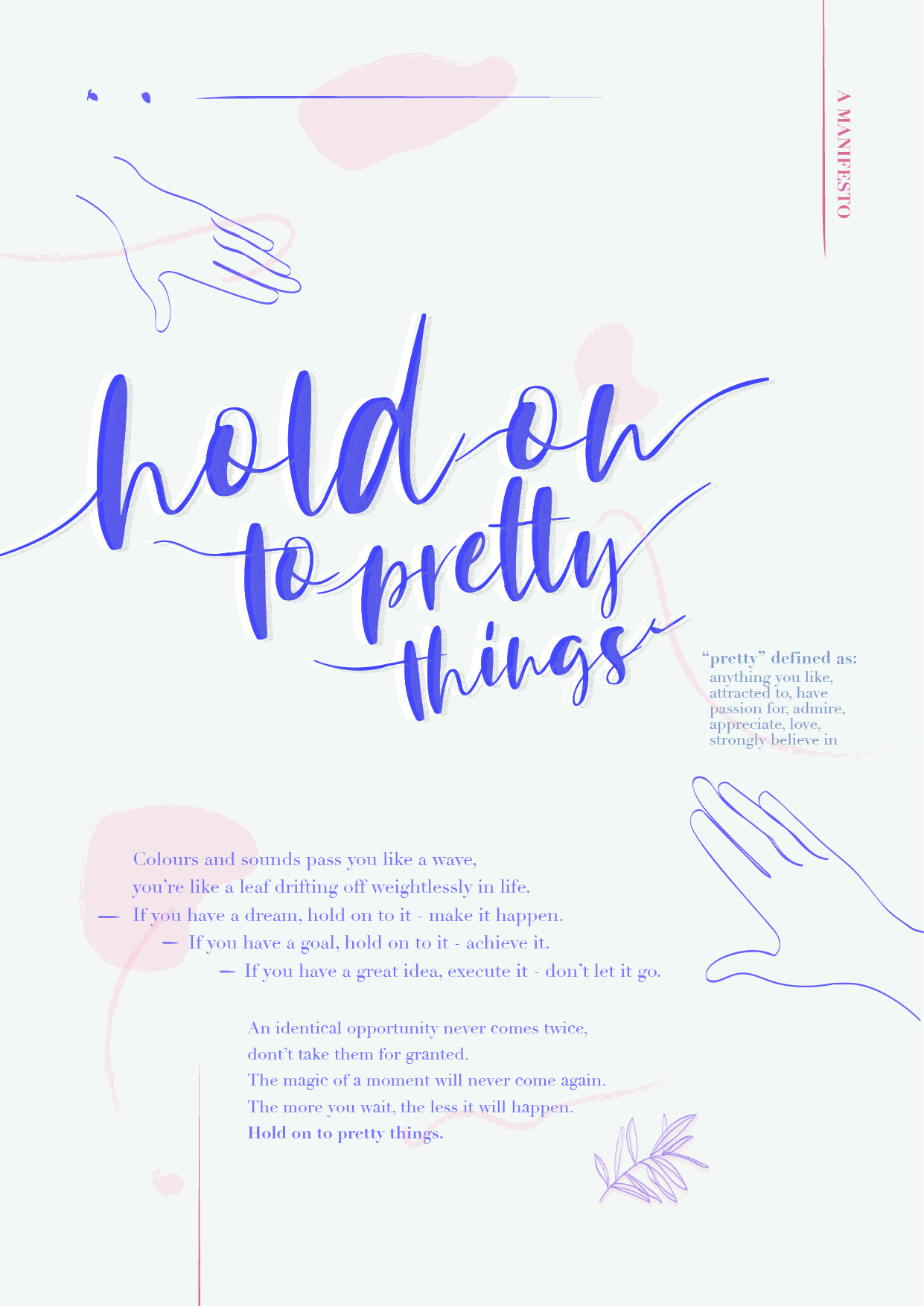 After a semester of History of Design, I have realised that the most important thing out of all concepts and ideas, is having something to believe in and hold on to. Focusing on a very simple idea of, “Hold on to pretty things”, it encourages one to seize opportunities, hold on to dreams, goals, ideas, concepts. One shouldn’t have to be afraid to design something, if they have an idea they feel strongly about, they should go forth and execute it. Life is only so short, create things you love, hold on to pretty things. 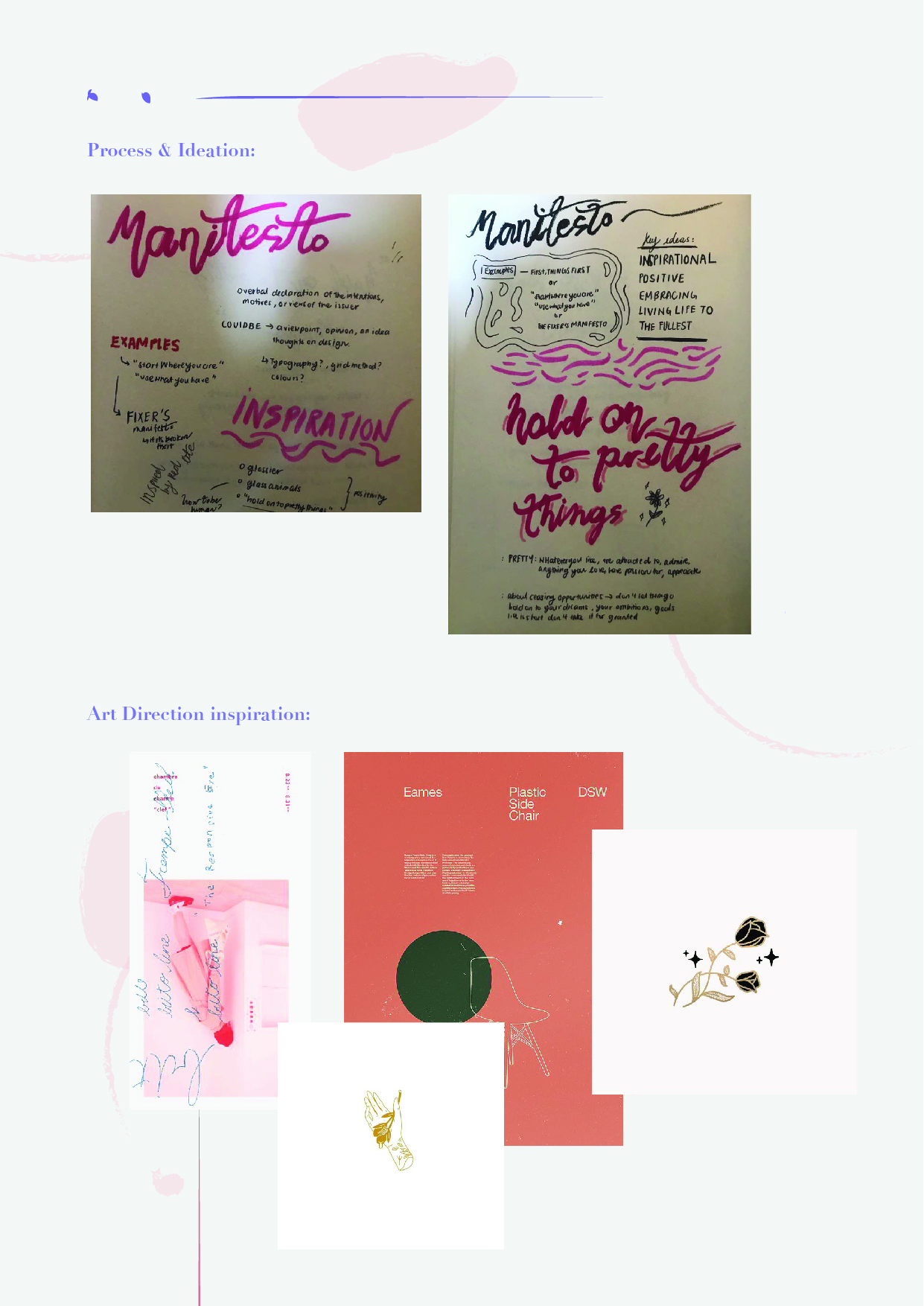 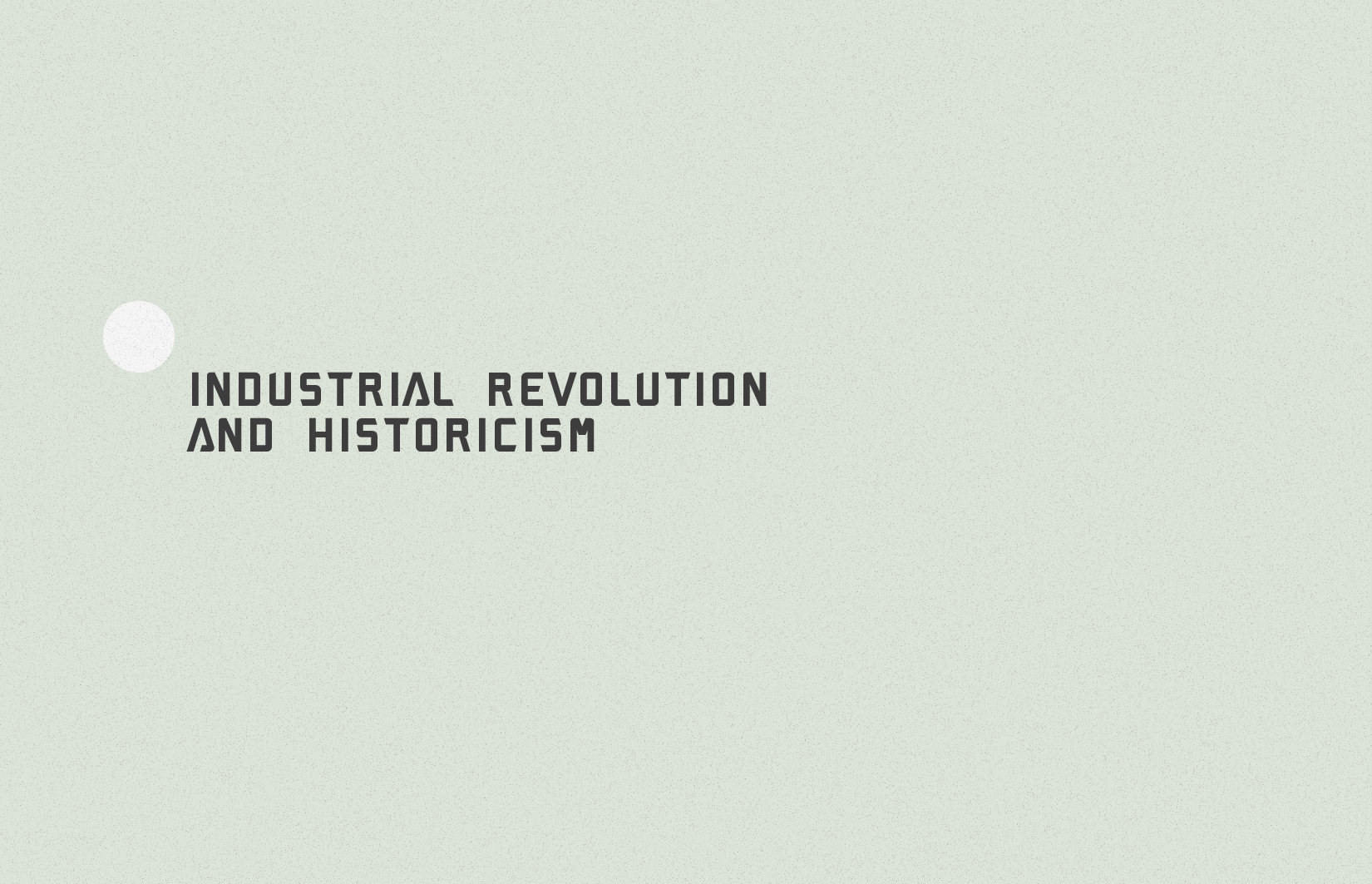 Industrial Revolution is known as the period where agrarian societies became industrial and urban. This took place during the 18th to 19th centuries where mechanisation, the factory system and mass production were prioritised. Industrialisation not only shaped the world’s economy but also played a pivotal role in the shift of focus in the world’s design scene. At the beginning of the Industrial Revolution, designers and artists struggled with simplifying complex designs for the masses. This process of reduction and simplification meant less time allowed to spend on the crafts. This made me question if design lost its meaning and value during this period of time.

Contrary to my thoughts, the Industrial Revolution in actual fact acted as a bridge that connected art and functionality – giving birth to fresh and well-admired designs. There were two key features of the Industrial Revolution, the Textile and Steam Engine industry of which both gave rise to functional and efficient machines that allowed large scale manufacturing and helped boost the economy.

It is obvious that The Industrial Revolution definitely influenced the world in more than one way. Technologically, the usage of new materials were reduced, new energy sources were introduced and development of transportation and communications increased. Socio-economically, more jobs were created and free trade boosted. However, not all influences were positive, an example of a negative influence was the drop of standards of living within the working class. The Industrial Revolution introduced the idea of changing complex designs to simple ones that were affordable by the mass and not just the rich. In addition, Industrialisation also promoted the idea of globalisation and pushed for more functional designs made with fresh technology. This eventually led to the evolvement of new design movements.

Not really considered to be a movement, but more of a term created to describe the integration of concepts of Japanese art into European art, is Japonisme. The study of Japonisme began together with the start of trade between Japan and Europe. Aesthetics and philosophies of Japanese design was appreciated and quickly became popular in Europe. Japanese often wrote poetry and as such they were able to stylize and symbolize complex scenes easily into wood block prints. Such prints consist ofwhiplashes and curves which are simplified versions of nature as compared to the Arts and Crafts Movement. With lesser details and more negative spaces, Japonisme inspired works were more affordable to the masses – an influence similar to the Industrial Revolution. Some Ukiyo-e woodblock prints created in the past are considered as world class prints today. An extremely famous one is, “The Great Wave off Kanagawa” by Katsushika Hokusai. Thus, this shows how impactful design movements are as it still relevant to the modern world today.

Speaking of the modern world, Japonisme art and design drove the creation of Modernism and Bauhaus designs. In Japonisme art and designs, negative spaces were translated into Modernism. Modernism focuses on basic elements of life which explains its undecorated, clean, minimal, simple forms and smooth finishes. Modernism runs by three main principles. Firstly, Modernism is the rejection of decoration and and applied ornament. Secondly, it emphasises the preference for abstraction. Lastly, it encourages the belief that design and technology could transform society. Thus, it is evident that Modernism is really an evolvement of industrialisation and completely against the Arts and Crafts movement.

Besides Modernism, Bauhaus also played a huge role in the world of art and design. Bauhaus was an influential modernist art school in the 20th century. Founded by Walter Gropius, it was a reaction to the chaotic. To elaborate, Bauhaus developed during a time of radical changes when WWI stripped away most social values. Artists were starting to get worried about the soullessness in products that might have been a result of the widening gap between creativity and manufacturing. Thus, through Bauhaus, designs, architecture and art became more functional with the use of true materials. It was characterised by minimalist, linear and geometric forms with the use of lines, shapes and colours. At this period of time, decorative art with the use of whiplash and curves were outdated and no longer as appreciated as compared to the time of the Arts and Crafts Movement.

In conclusion, historicism is indeed important to know and understand as it educates us on various art movements that have shaped is still shaping art and design in the world. With different techniques and characteristics, art movements can still create similar economic, technological and social influences in the world. It can be seen that art has progressively evolved from ornate details and decorative designs to functional and minimalist, clean designs. As art progresses, the gap between craftsmen and artists also decreases. 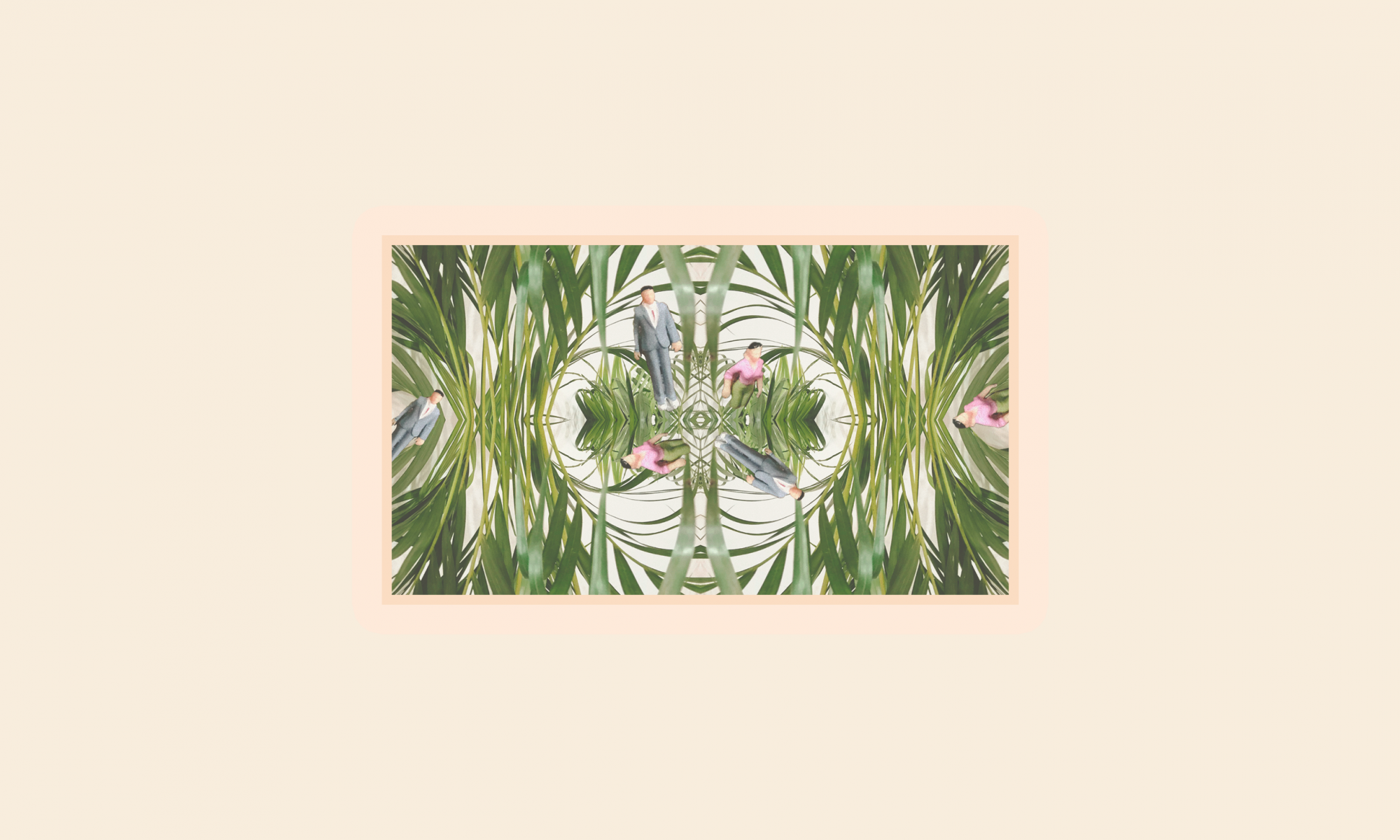 Using this picture I took of leaves that I see everyday in Singapore, 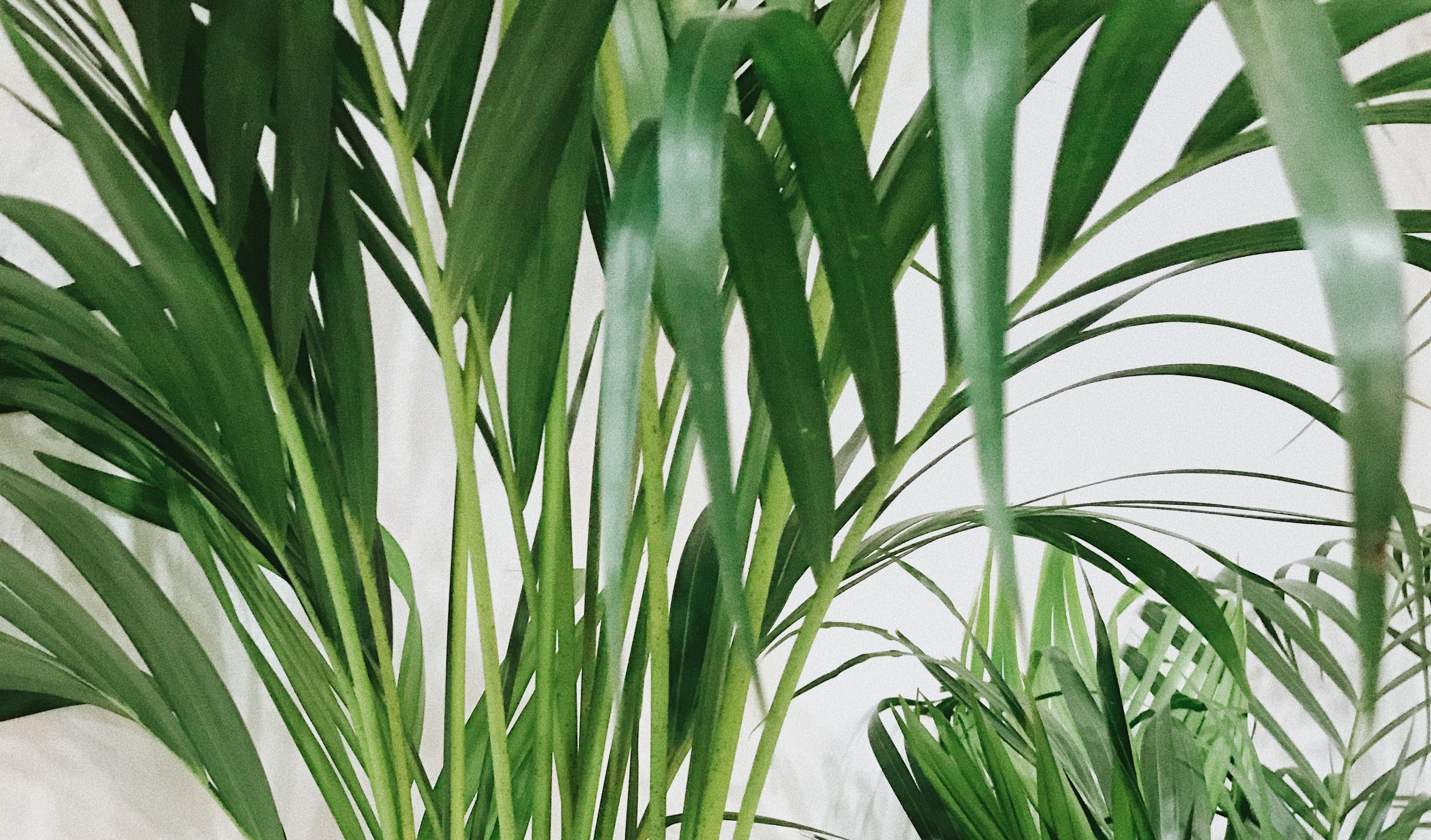 I reflected and repeated them so that they will form a circling and enclosing pattern of sorts. The final pattern to me, represents the conventional usual routines that Singaporeans go through repeatedly. The mundane lifestyle repeats itself everyday and Singaporeans are completely sucked into it.

I added additional “humans” into the patterns to further elaborate how the fast-paced life of Singaporeans is part of our culture and our biggest and most powerful source, humans are stuck in a never-ending cycle of workload.

I chose this wallpaper as I think it brings out a beautiful image of leaves and flowers in this world. Even with similar elements, the composition does not come off repetitive but instead balanced and pleasing to the eye. I also love the use of colours and the variation in sizes of the various elements in this wallpaper.

I attempted to draw a cubism portrait of my friend Dominique. Well… it doesn’t look like her at all! :/ 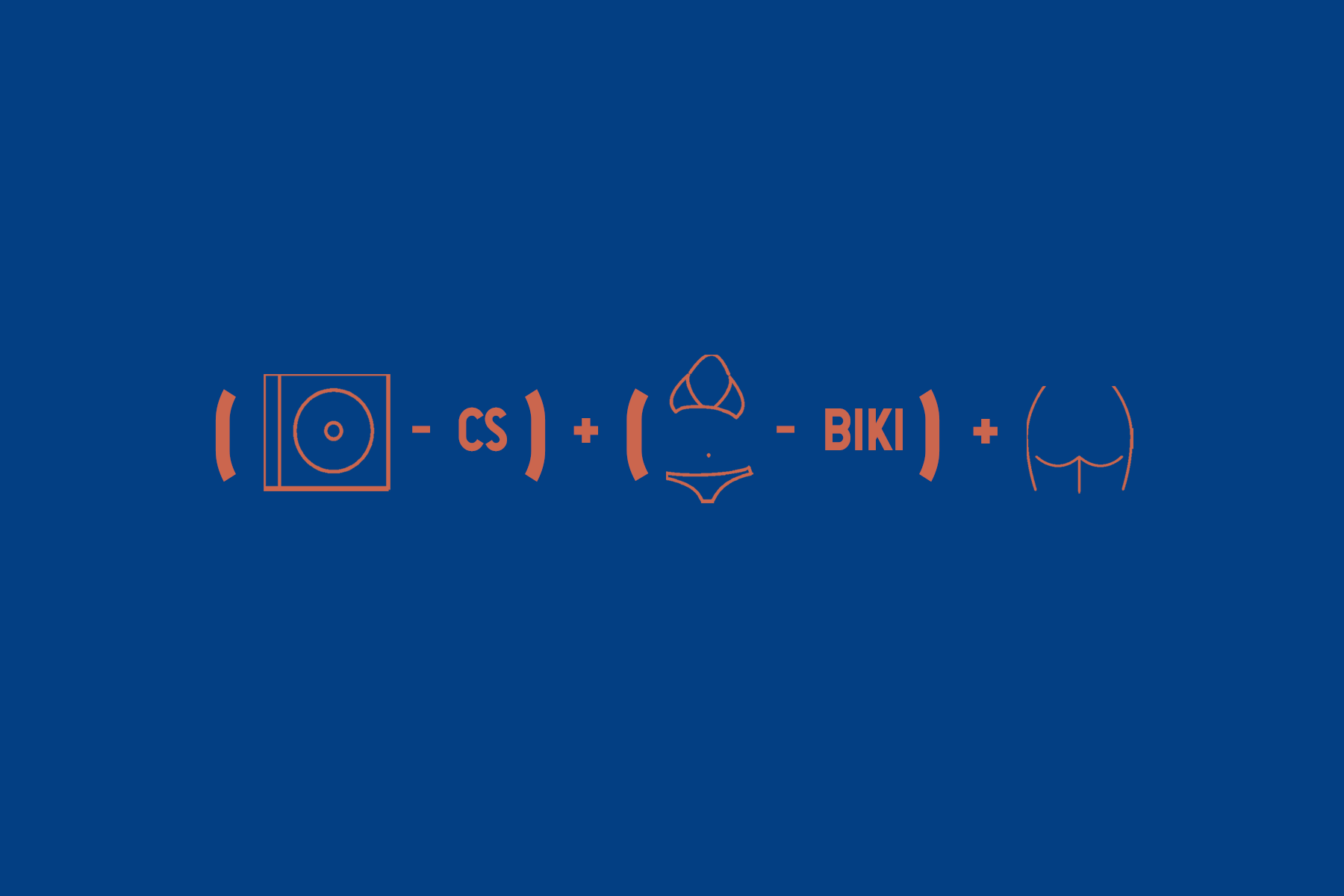