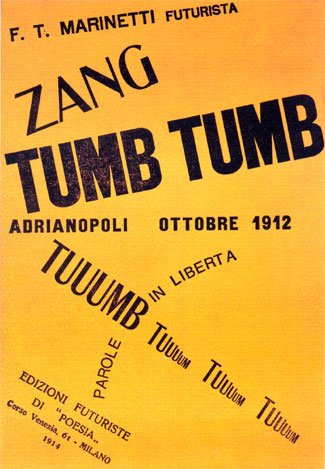 What caught my eye during this week’s lecture was Futurist books, or rather the Zang Tumb Tumb. Mainly because it reminded me of this series of books that I used to read when I was a kid, Geronimo Stilton. Especially since the creator of Zang Tumb Tumb, Filippo Tommaso Marinetti, identified his book as a sound poem book which was weirdly similar to the Geronimo Stilton books. 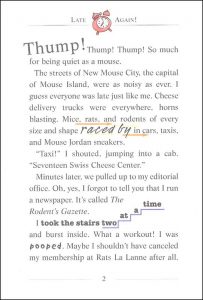 Back to Marinetti. In his book, Marinetti abstained from using any verbs or adjectives instead he used only nouns which he strategically placed and scaled to express the words in the way they sounded. I thought that this was really innovative of Marinetti especially when back in the days, the only way that people knew how to write was the conventional way of writing.  His revolutionary way of writing freed typography from the restrictive layouts into a means of dynamic expression. 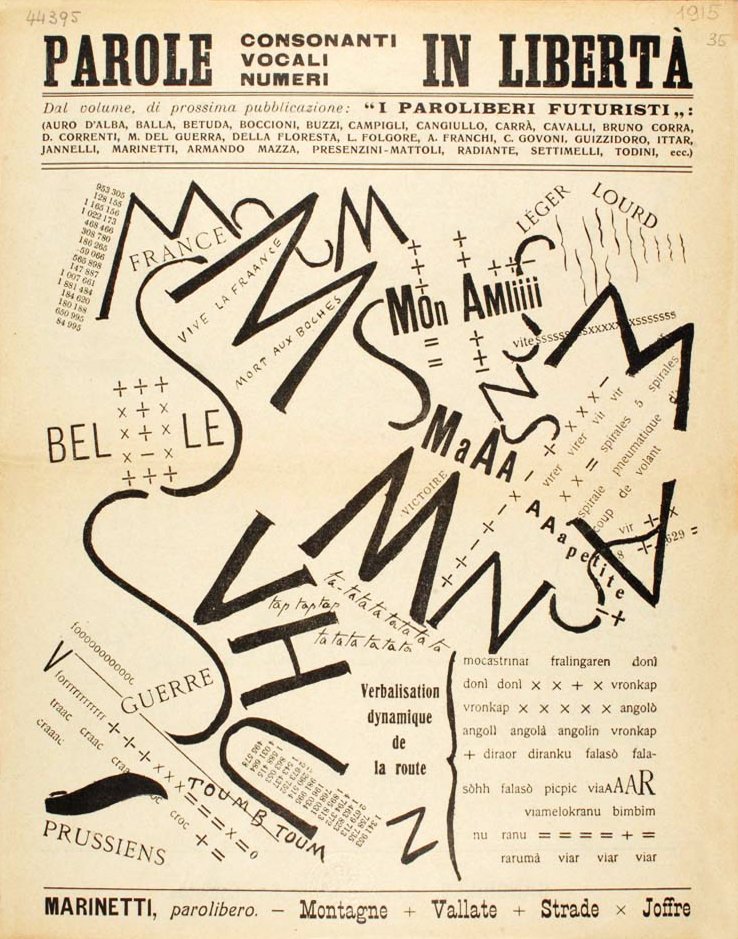 I think Marinetti’s idea of “words in freedom” played a big part in the history of art. His innovation was what fuelled and influenced the development Calligrammes later in the years, which contributed to more visual poetry books during the futurism period.
During my research, I found an interesting video of animated visuals from Marinetti’s book paired with recordings of him reading excerpts from his sound poems.