This week, we learnt about the Evolution of Communication from Writing and how it led up to Typography.

Petroglyph:
Engraved carvings/images on rock surface in prehistoric times. While they can be found in literate culture, they’re more commonly practiced by illiterates.

Pictograph:
A symbol for a word/phrase and were the earliest writing system created by the Sumerian. This is often painted onto rocks, not necessarily engraved, using natural pigments.

Hieroglyph:
Characters of the ancient Egyptian writing system, discovered in the Rosetta stone. At the time, only those who were privileged with extensive education were able to read, write and understand Hieroglyphs. (Pharaoh, priests, etc)

Use the ‘rebus‘ principle where they use a combination of pictures that mimic the sound of the word.

Ideograph:
A symbol representing an idea or a thing; graphic representation. It is not made up by suggesting sounds of word and required an educated individual to create ideographs. This was more so influenced by culture. 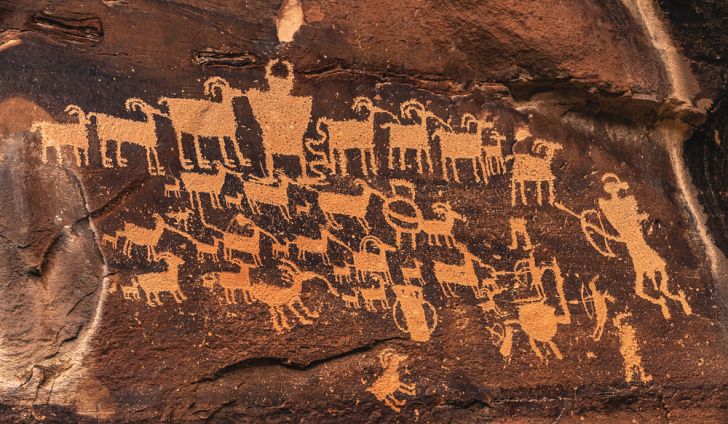 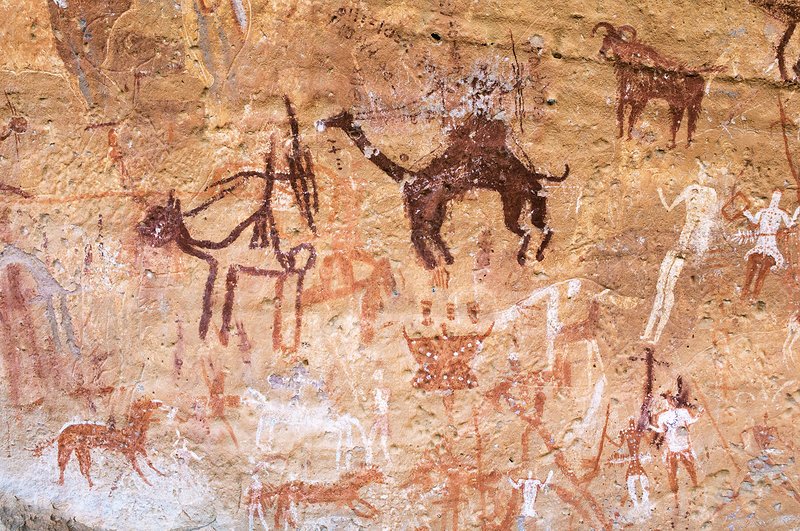 Pictograph of animals and humans, Libya 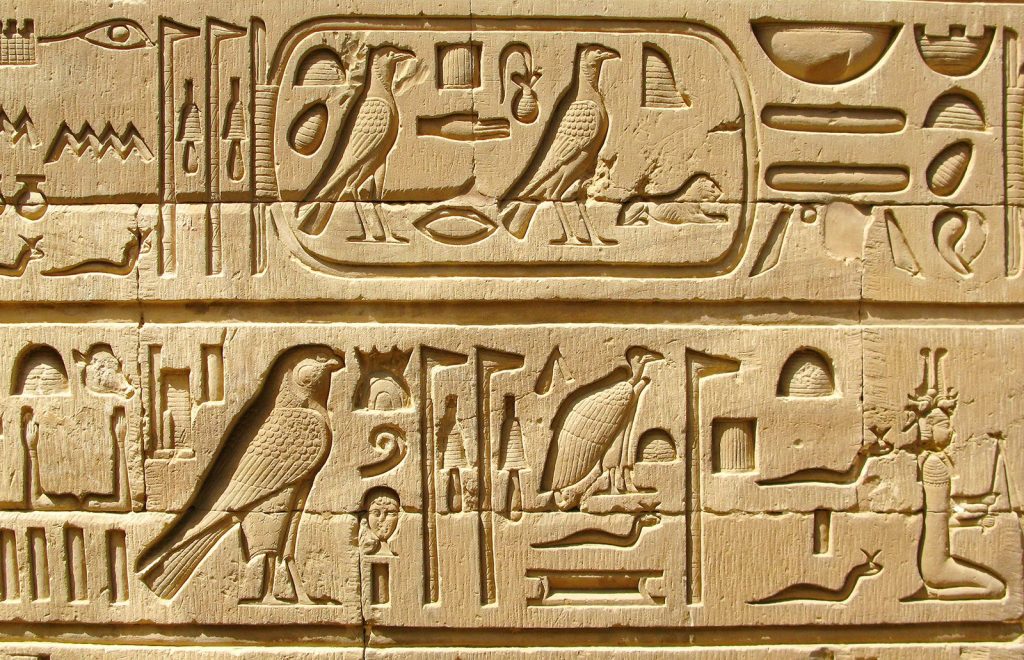 Hieroglyphs on the Temple of Kom Ombo, Egypt 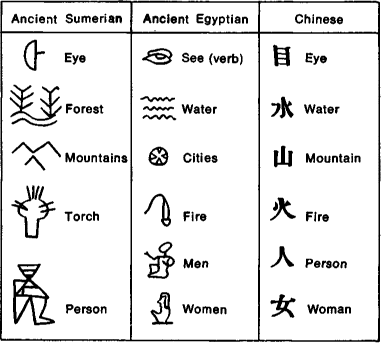 Given that, I was intrigued by the Book of the Dead, which used Hieroglyphic illustrations to communicate the word or phrase with the rebus principle. They were written on papyrus; made from the pith of the papyrus plant.

This is how papyrus is made, though this is a more modern technique:

Really interesting mind boggling how they were able to figure out a way to create what we have today as paper!

Moving on, Book of the Dead! It is essentially a compilation of religious, magical texts of the ancient Egyptians that illustrates the spells for souls of the deceased to navigate in the afterlife through the Duat (underworld).

They have 4 chapters which are as follows:

A Book of the Dead were commissioned by those in preparation for their own funerals or by relatives of those that were recently deceased. This was something that could only be afforded by the rich, royal and the elites.

Karl Richard Lepsius was the first translator of the book. 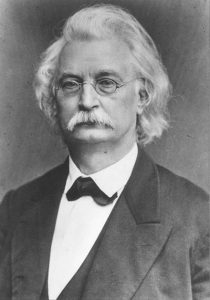 Karl Richard Lepsius, first translator of a complete Book of the Dead manuscript

To get a better understanding of what the Book of the Dead is about, here is an easy-to-understand animation that I watched which gave quite good insights for laymen.

In summary, what the Book of the Dead is, is the compilation of spells on a papyrus scroll that the deceased need to pass through the underworld and into the afterlife. One’s soul must be equipped with the spells that they have commissioned or have been commissioned to have.

The Egyptians mummify the body of the deceased and remove every organ of the dead. They left the heart and top it with an amulet as the heart is thought to be the seed of memory, intelligence and emotion.

In order for the spirit to reunite with its body, it must first pass through the Duat, a realm guarded with scary creatures where the soul used the customised scroll to get through these creatures and reach to Maat; Goddess of Truth & Justice. It is judged by 42 accessor Gods that judge whether he had lived a righteous life. After passing this test, with the help of the amulet, the soul has to pass the test of the weighing of his heart against a feather. If deemed heavier, he will be devoured by Amet; a monstrous creature made of crocodile, leopard and hippopotamus. If it is lighter, it is deemed pure and is then being transported to the afterlife.

What we learnt in class was that it was read from left to right, right to left or top down and this is purely based on the direction of the hieroglyphs. They’re written in rows or columns and the direction can be distinguished by the direction as to where the human or animal figures are facing towards the beginning of the line.

Another thing to note is that the upper symbols are read before the lower.

I found it really interesting on how writing systems evolved throughout the centuries and how it transformed to what it is today to create a way of reading and writing that is vastly understood by many around the world. It was an eye opening lecture, though intense with the bombardment of information. I really enjoyed learning how Serifs and Sans Serifs came about and the insights shared by Desmond. Looking forward to Lecture 2!