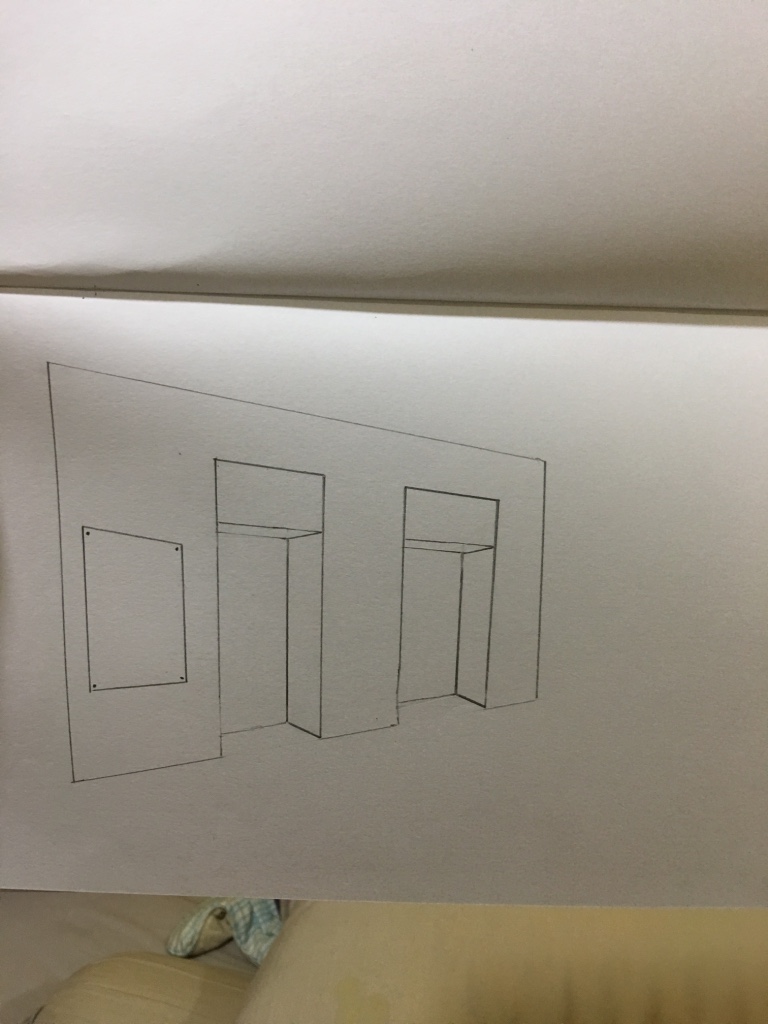 This is one thing that really got me interested in drawing. I like how drawings are so realistic at a certain angle. All my life when I think about drawing it is only a front-faced drawing of an object or something like that. Today’s lesson really opened my eyes.

In the first exercise we were told to go out of the class and draw anything the has a perspective. 1-point perspective to be exact. A new term that I learnt today was called the vanishing point. It is an invisible point that all the lines end at. I found a spot outside of class and drew it.

It is really interesting as I was drawing this I was like,”This is so damn cool!”. You can tell that the vanishing point is somewhere to the right of the picture. I didn’t take a photo of the place I was drawing so just to let you know it is the lift lobby of the adm building. I used the technique learnt in lesson 2 (sight sizing) to get the angles and the ratio correct and I think I captured the angles pretty okay.

After that we were called back to class to find it all messed up! There were easels and chairs everywhere, stacked on top of each other. Well let me just show you a picture of it. 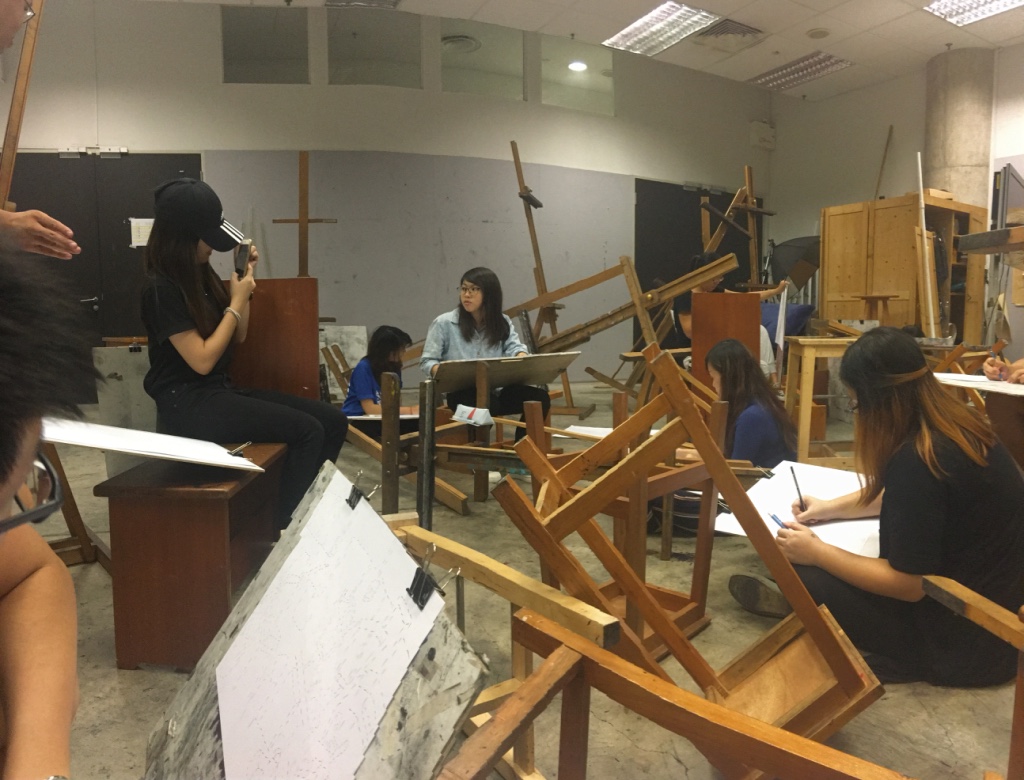 Yes, this was my point of view. Which is also what I am going to draw in the next exercise. We were told to do a quick drawing of lines of the objects in the room at the spot that you chose to sit at. 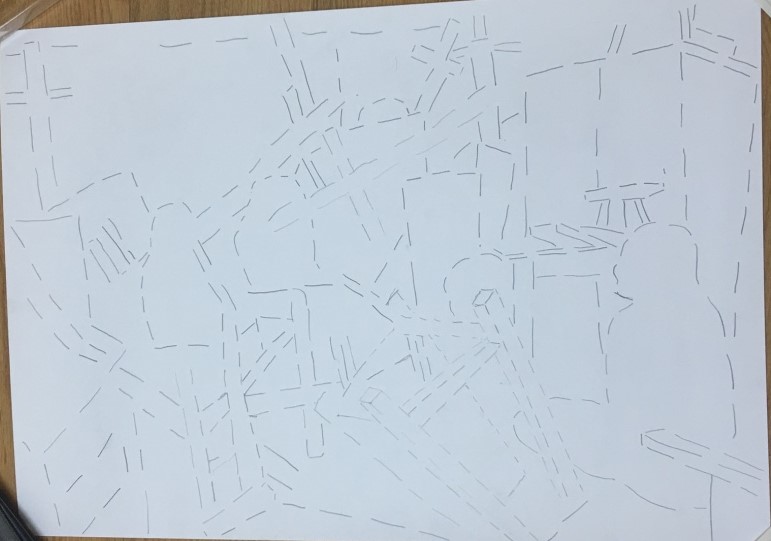 Another interesting exercise. It is kind of vague but you can tell where the people in my picture is at. At the front most is a chair toppled over.

This ended the lesson.