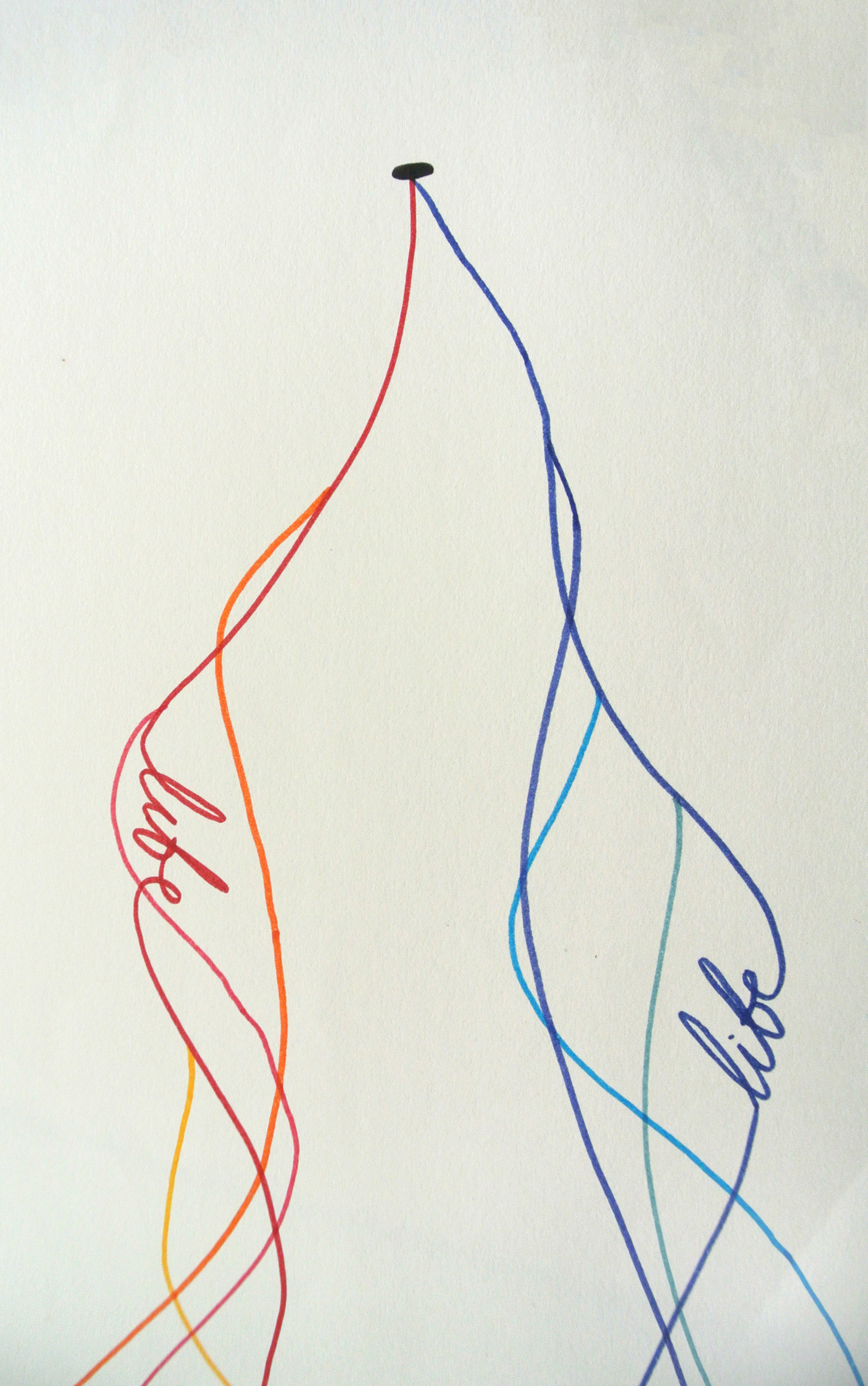 There are many insights into this poem online, but none which I find particularly resounded with me. I thought about it for a fairly long time before I finally came up with an interpretation that I was satisfied with.

As I interpret Frost’s Fire and Ice, with fire as passion and ice as rational, I imagined someone with two lives – where one life was where he followed his passion, while the other was a life where he chose a more rational path that would allow for a comfortable life. Although the paths are different, they are also strikingly similar. Yet, fire is still preferable to ice. Ultimately though, we all die anyway, which is why no matter whether fire or ice is chosen, the outcome is the same.

With time constraints and some desperate attempts at searching for places and again at searching for internet pictures, I did not manage to acquire any suitable pictures and decided to change to using more abstract images instead, which I found could express what I feel about the poem best. As shown in my series of photos, everyone has the same beginning or ending, only the paths we take are different. A path we are passionate about is preferable (I hold with Frost that fire is more desirable, although there are people who would think that ice is better! (you know, as stated in the poem)) to a life that we would think of as more stable and comfortable (but probably boring). Of course, everyone also has different opinions on what their passions are (those written in the series are just mine although I tried to make it a little more general). I’ve also tried to give a blurry effect on the paths as the futures are just simply unclear, there is no way of really knowing what will be next.

Fire and Ice – by Robert Frost