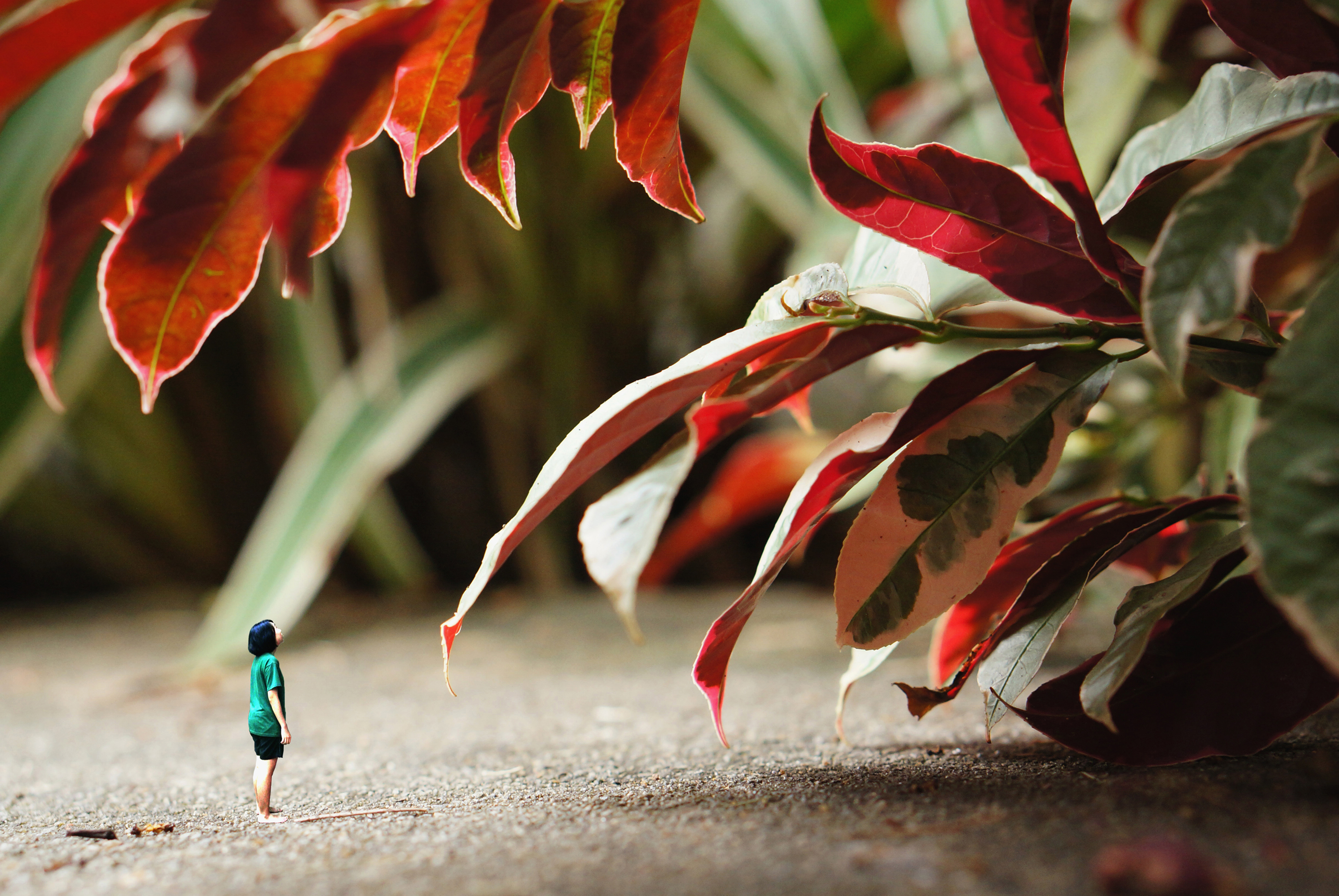 About the Project
Concept: Small me exploring the world of plants.

The entire project represents the idea of exploring diversity in nature (non-flowering parts of plants). The first part being all greenery, second part, coloured (other than green) or multi-coloured leaves, and the third, dying leaves (brown) + bark + terrain, similarly coloured and textured aspects of nature. It finally ends as I reach the flowers (possibly faint from some scent) and before I could explore that aspect.

I composed the images by going outside on the streets and just have fun taking all the different photos of different plants. I tried to take them at angles that was as if I was small and curious. After which I picked a wide variety of photos/plants to show diversity and picked out possible photos I could fit myself in, then took photos of myself in those angles and photoshopped myself in. I also had to change the lighting/colours of the different photos so that they would match. I’ve taken inspiration for this project from surrealist artists and their paintings, one such example being The Listening Room by Rene Magritte. The sheer size difference between the apple and room for example, and the strangeness and impossibilities of surreal paintings led me to my idea.

I’ve always been intrigued by the effect of the shallow depth of field, hence I’ve also tried to utilize the technique in my work. 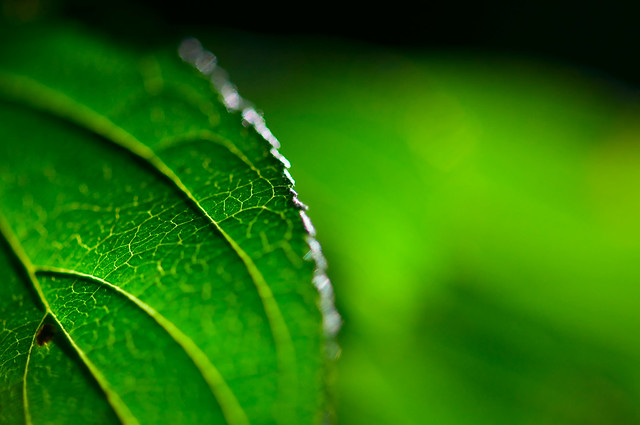 Link
Using this technique, it is possible to show the minute details. The blurry background also gives a sort of mysterious atmosphere that adds to the surrealistic feel.

Reflection
I feel that I could have done better on this project, maybe by exploring further rather than just colours, or perhaps by photoshopping more of myself into the photos to make it more coherent and united as a whole. On the positive side, I feel that I’ve discovered more about the techniques for the depth of field effect, and also improved my photoshop skills. Overall, I’ve enjoyed taking photos of nature and it was also fun looking at the outcome after putting myself in the photo.