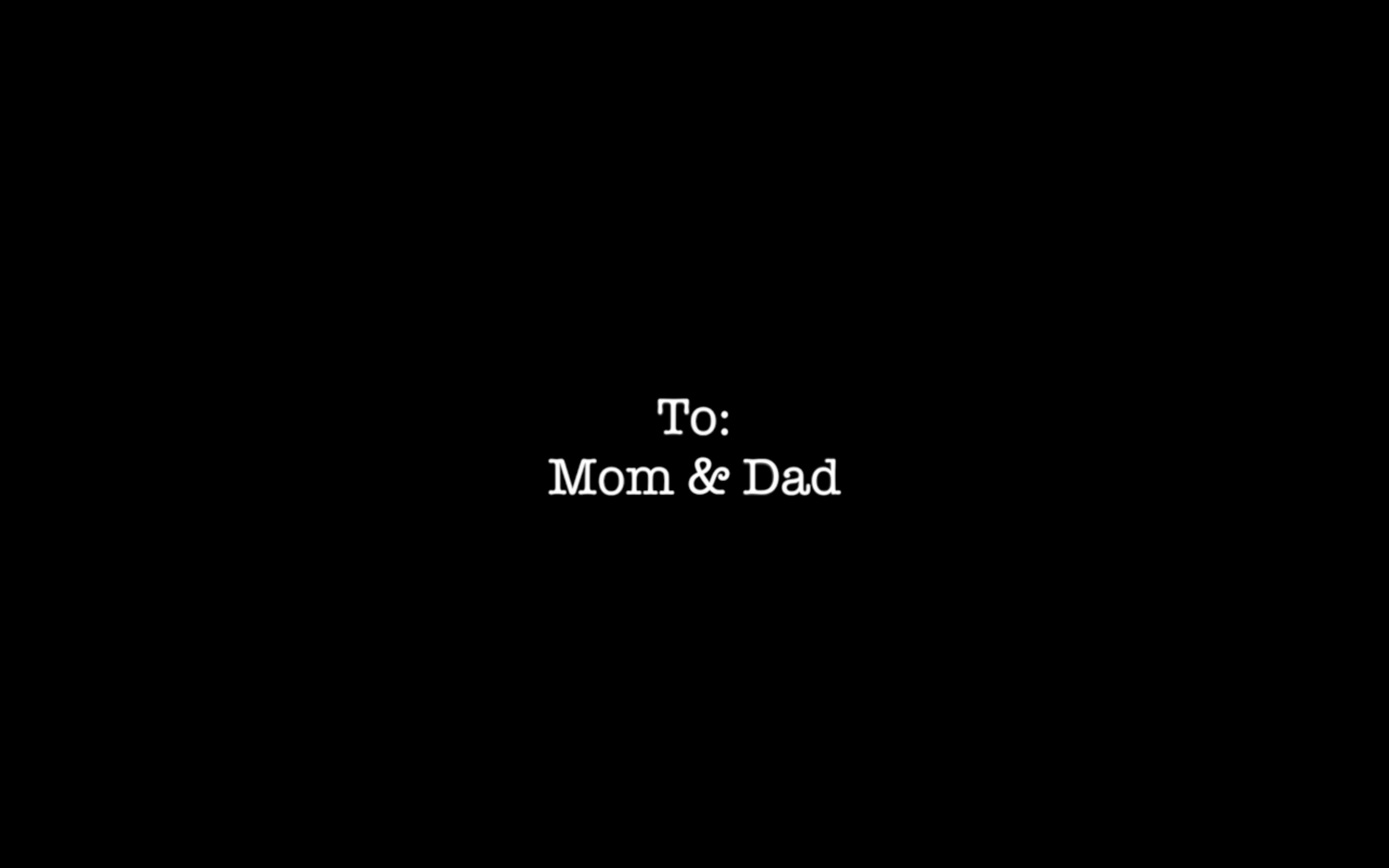 Title: Tell Me You Love Me

Work description: When it comes to task 2, I decided to change the concept of my home. I decided to explore something more intimate to me. Hence, I focused the project direction to the in-depth relationship with my parents instead. Parents is an interesting idea to explore because it connects people. We all have parents and we bound to be something in common to share. I am grateful that I have a good relationship with my parents such that I could communicate with them on issues and I felt that our relationship greatly strengthen after I started working for them. We have more topics to discuss about albeit disagreements. I noticed that I rarely or rather, never said ‘I Love You’ to my parents and I started questioning this issue and realised that some words don’t have to be said in order to convey its meaning. Meanings can subsume under other words that could also be delivered effectively. I used different imagery, scenes and dialogue to represent the feelings that I feel about my relationship with my parents. I feel the most effective medium to convey the idea of closeness would be the use of dialogue. The recorded human voice provides a sense of intimacy between the speaker and the listener. It gives an almost real life familiarity as if we’re hearing the voice first hand. The use of soundtrack is a supplementary medium to deliver the emotions and ideas that I was trying to convey.

I guess the advantage of using still images to convey an idea would be that your audience are only focused on the single piece that is presented at the period of time as opposed to moving image where multiple things can occur simultaneously. The limitation is that a still image may not evoke as much emotions or pique as much interests compared to moving imagery. The role of sound work as I mentioned above act as a supplementry tool to accentuate the emotions and/or ideas that the artist is trying to convey. However, one must note that while the layering of sound effects may be interesting, one should vary the volume of different sounds because it may distract the audience/listener when they are viewing your work. 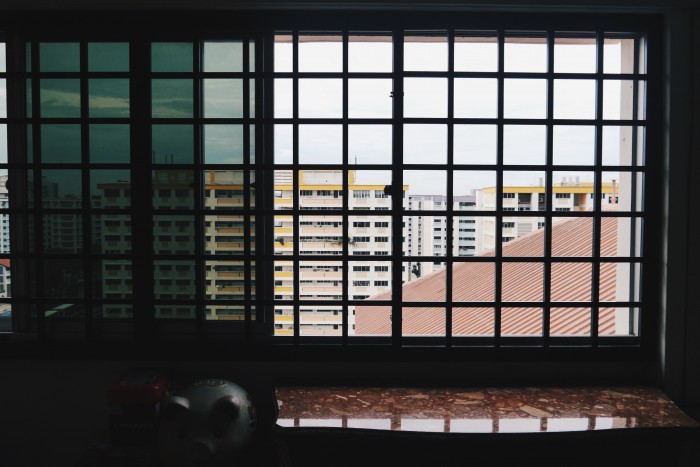 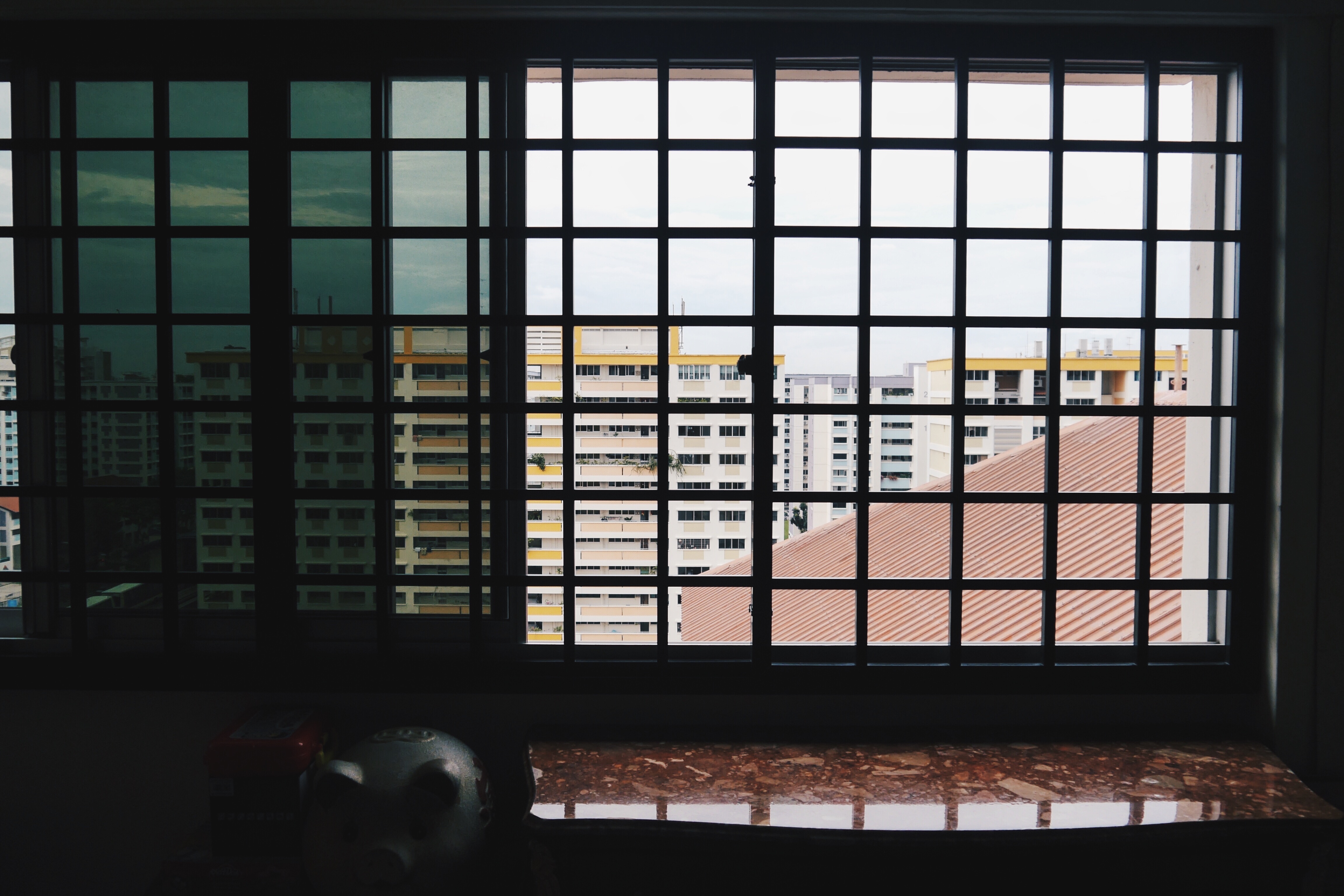 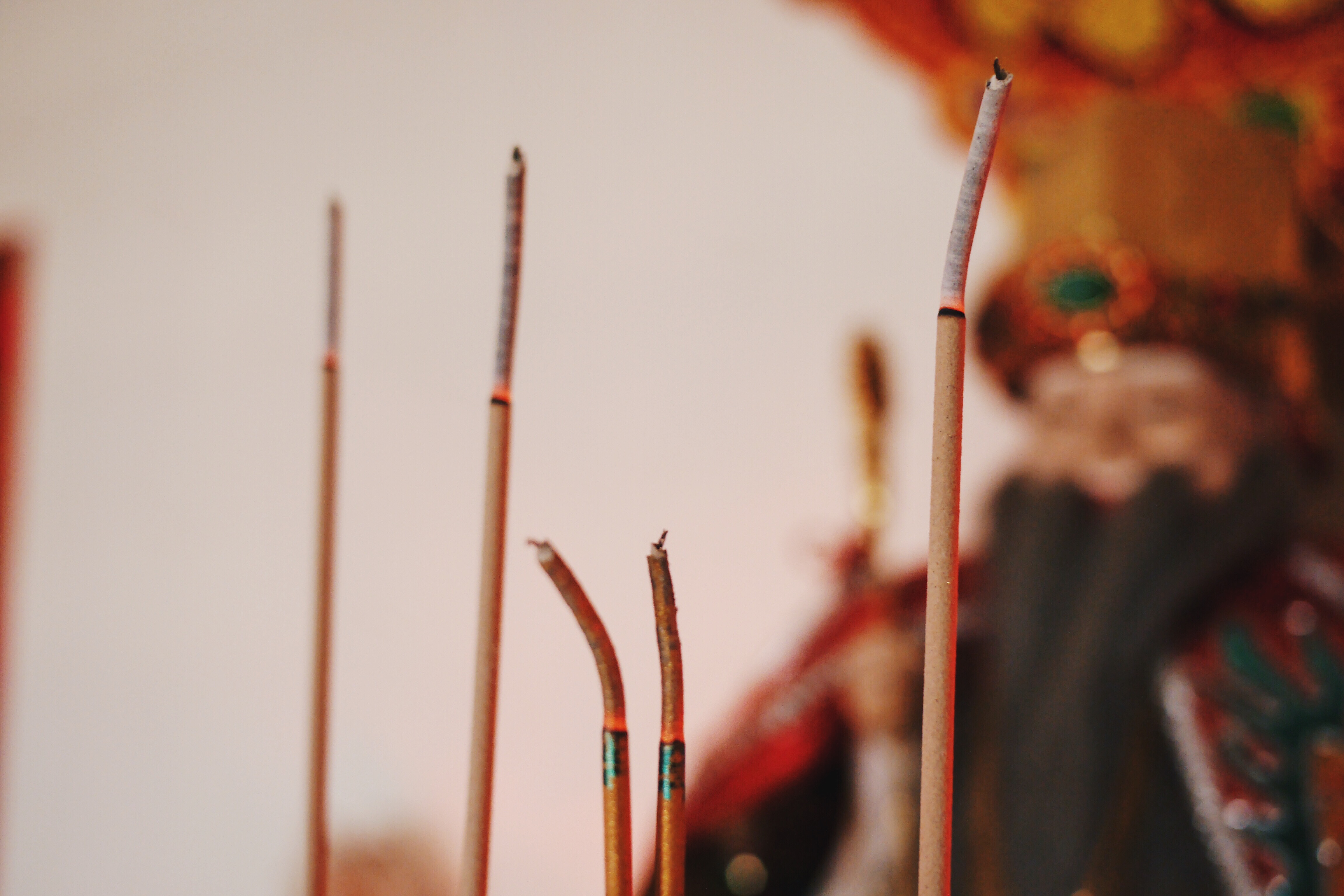 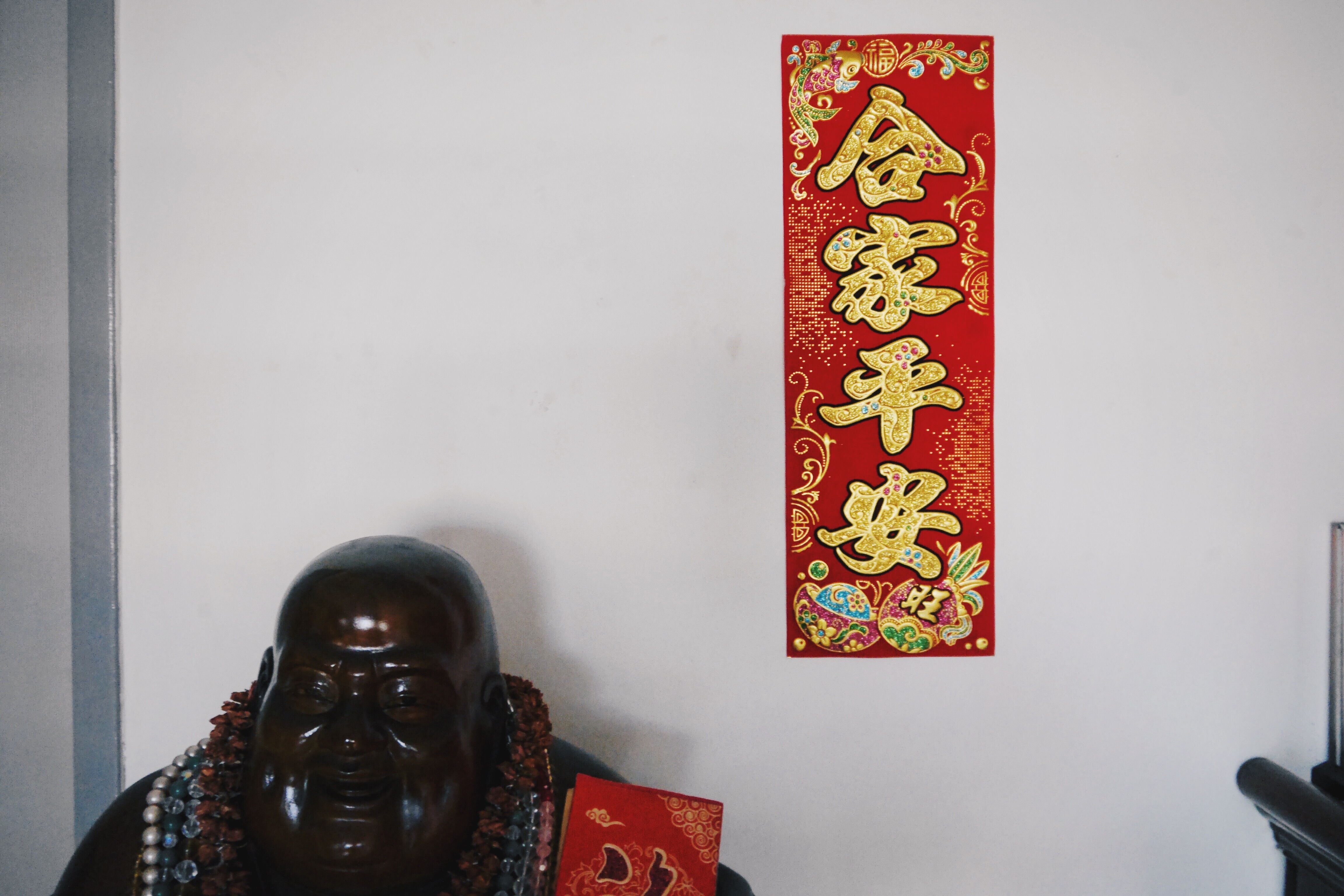 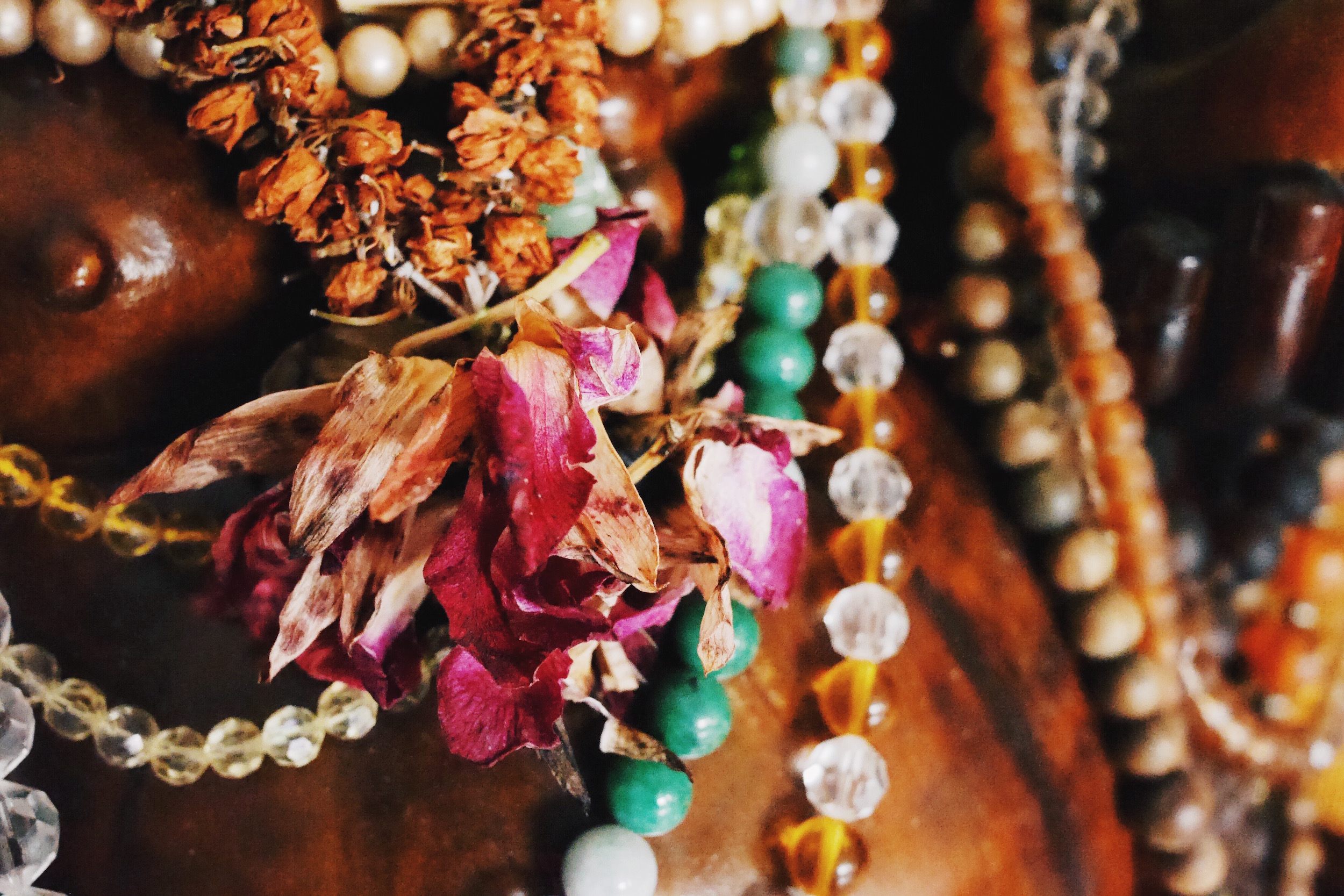 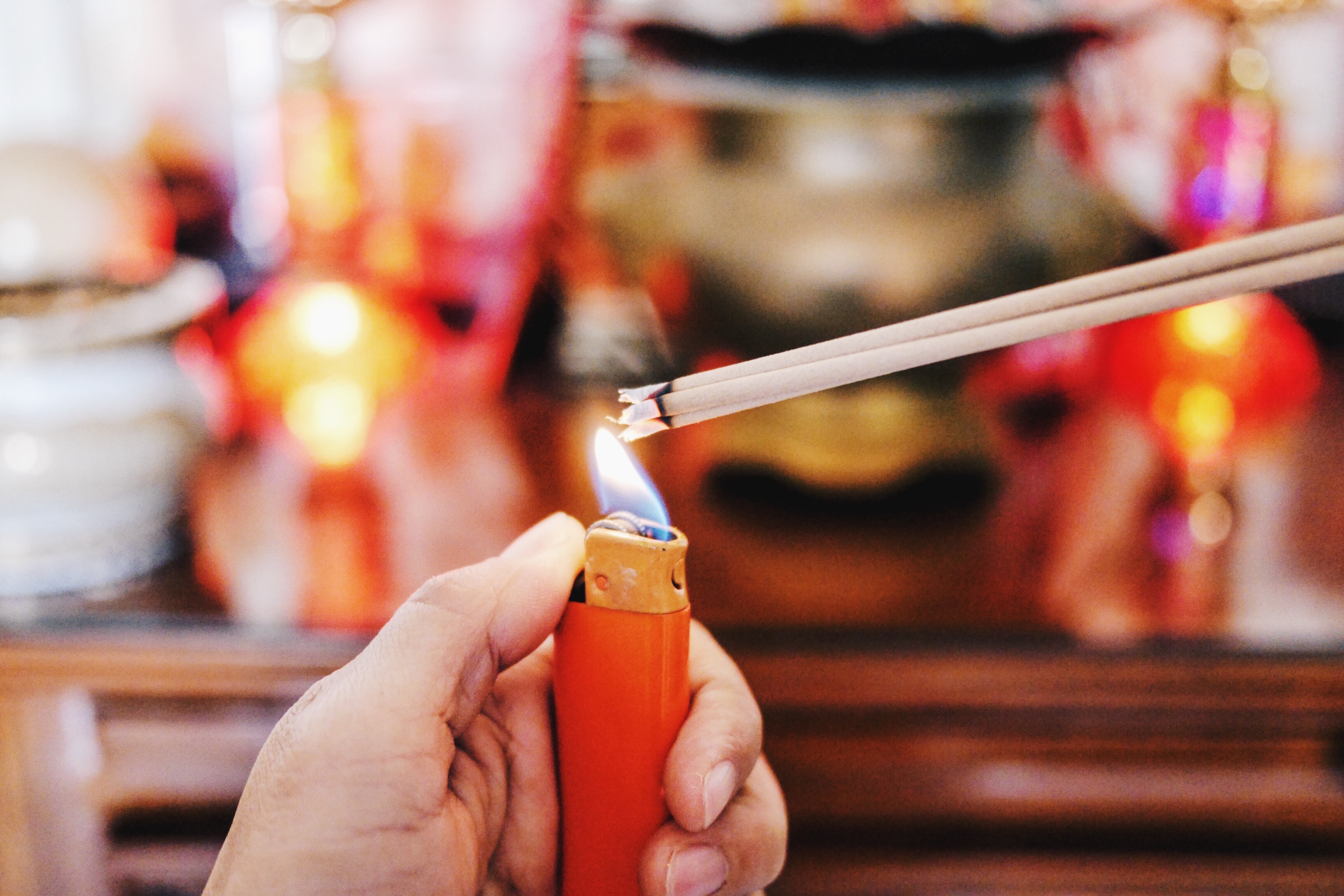 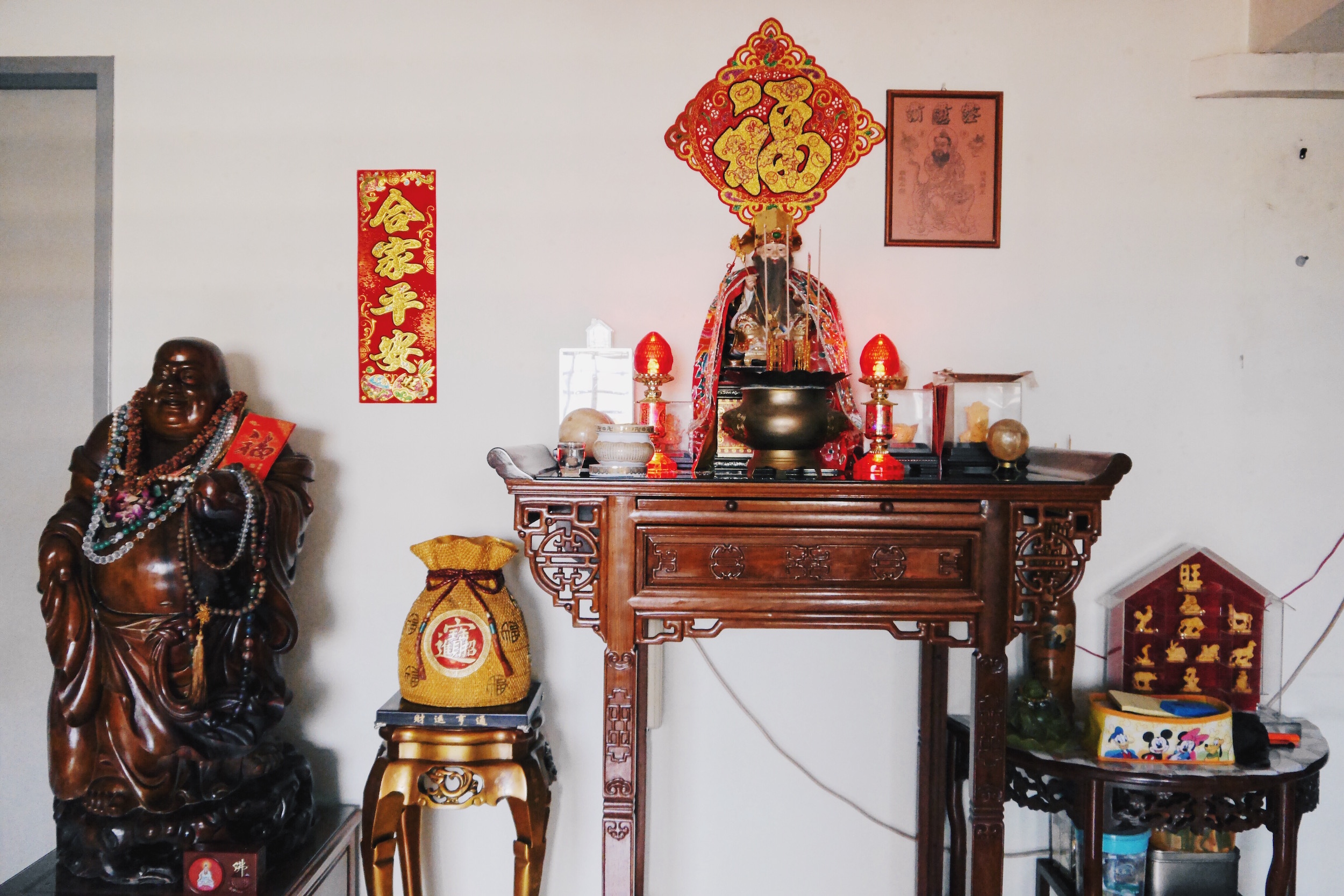 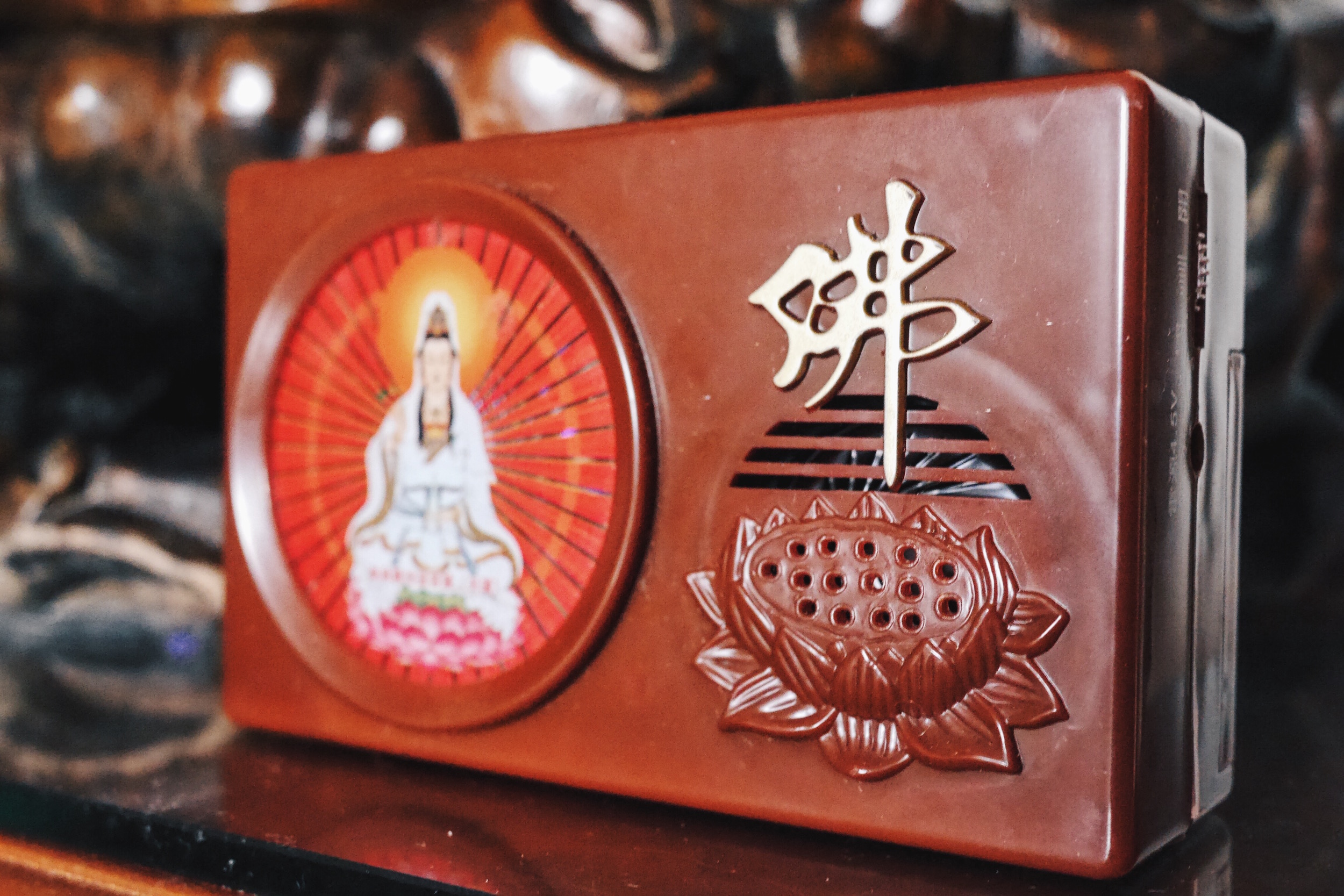 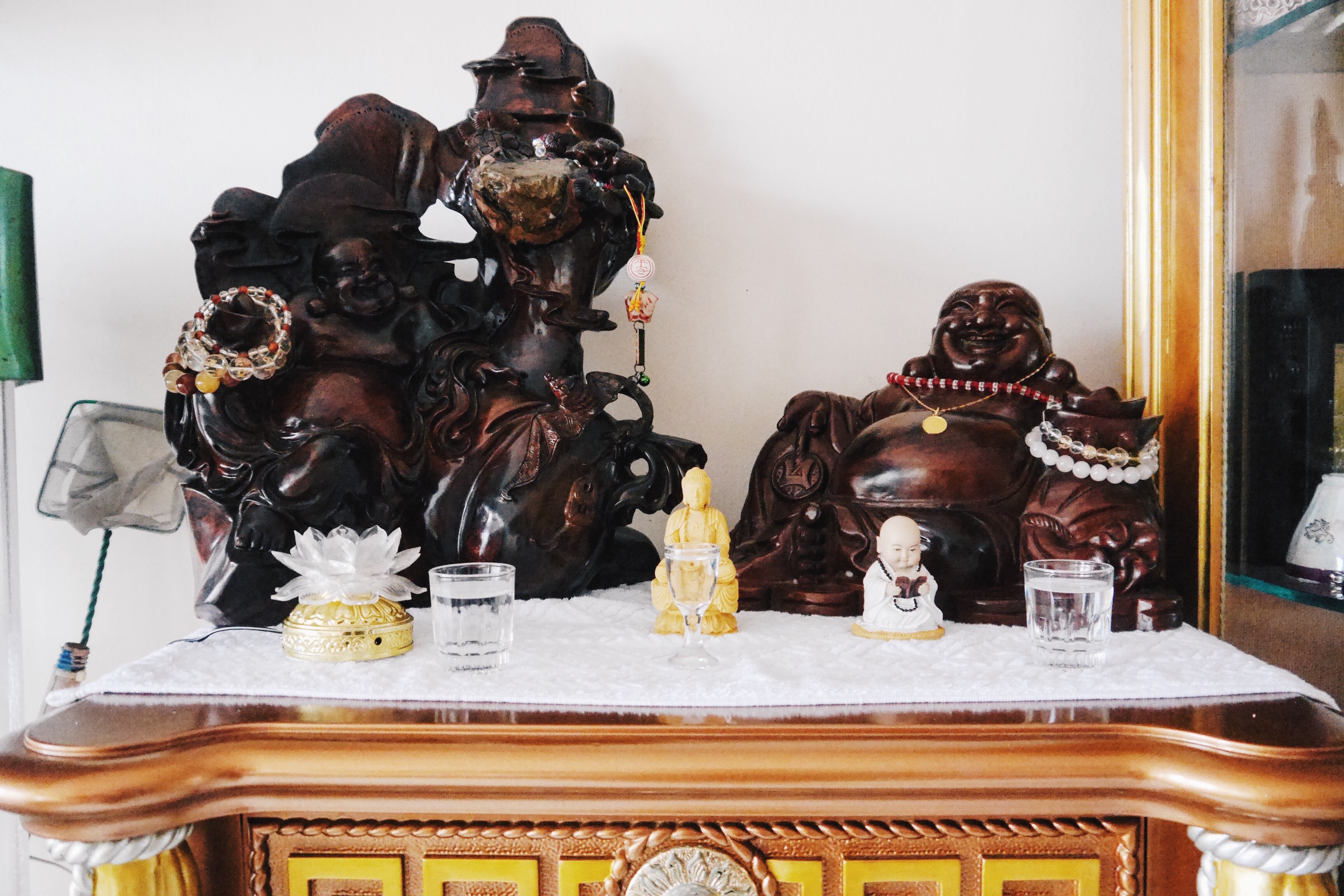 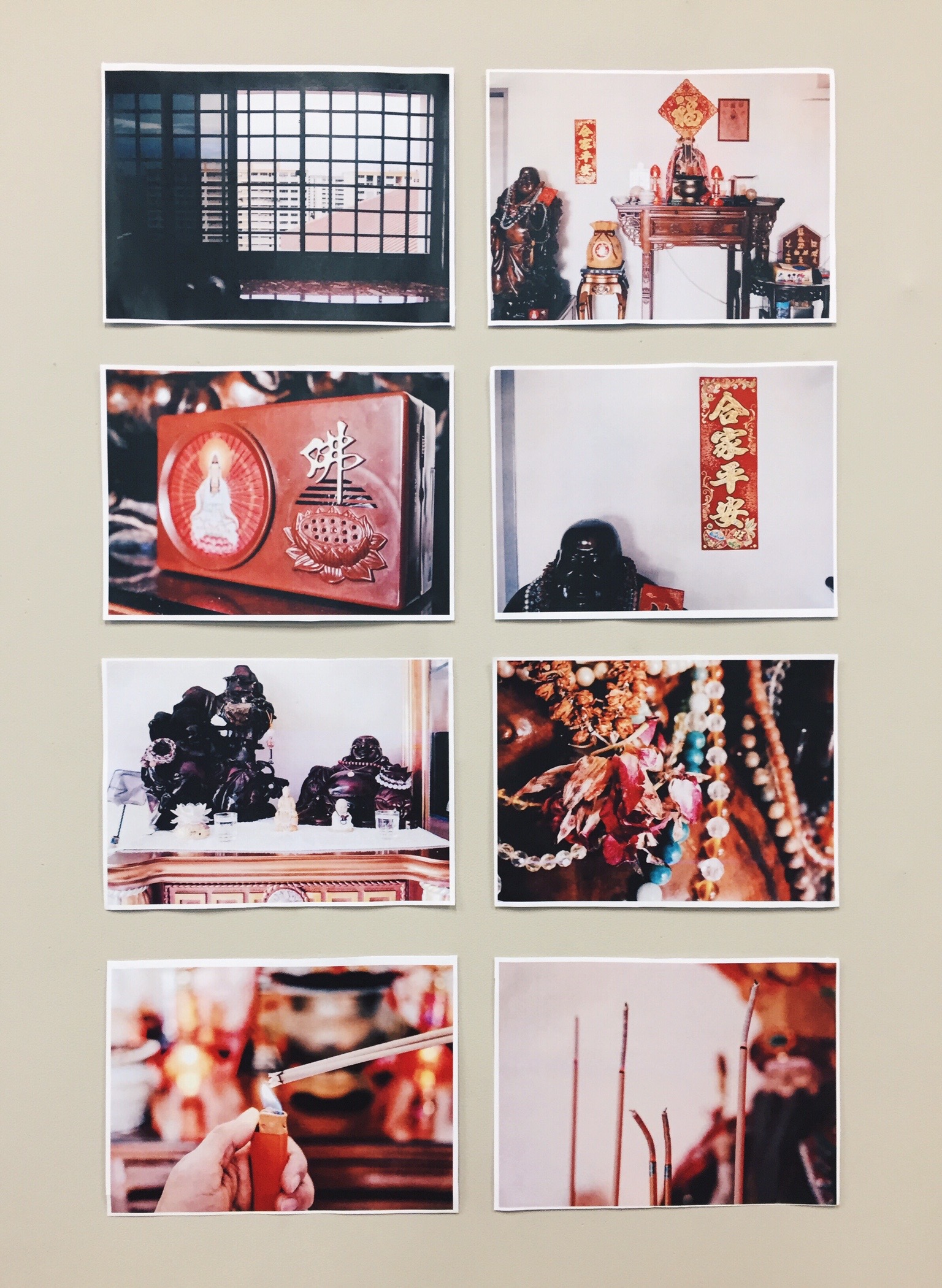 Work description: We were given the task to deliver 8 images of what Home means to us. I was walking around my house and I asked myself what is familiar to me here. What is something I interact with everyday? I felt that a good representation to feature my home would be to shoot the way of life in my house. My parents are Buddhists and my mother in particular is pretty religious. Once a month, she would volunteer at the temple. Praying to God with joss sticks, seeing images of Buddha, hearing the Buddhist’s chants and smelling the incense is a common thing in my house. It is a practice that has been going on for as far as I can remember. I placed the picture of the windows first because before we pray to the deity in our house, we have to pray to the Gods above. I would like to think of myself as agnostic. To put simply, an agnostic is someone who neither believes nor disbelieves in God. However, I do respect my parents’ beliefs and offers my prayer to the Gods that they believe. I believe that every household is made up of its own beliefs and values and Buddhism is one of them (a rather prominent one) in my home. Hence, I chose to shoot the religion as a concept for my home.