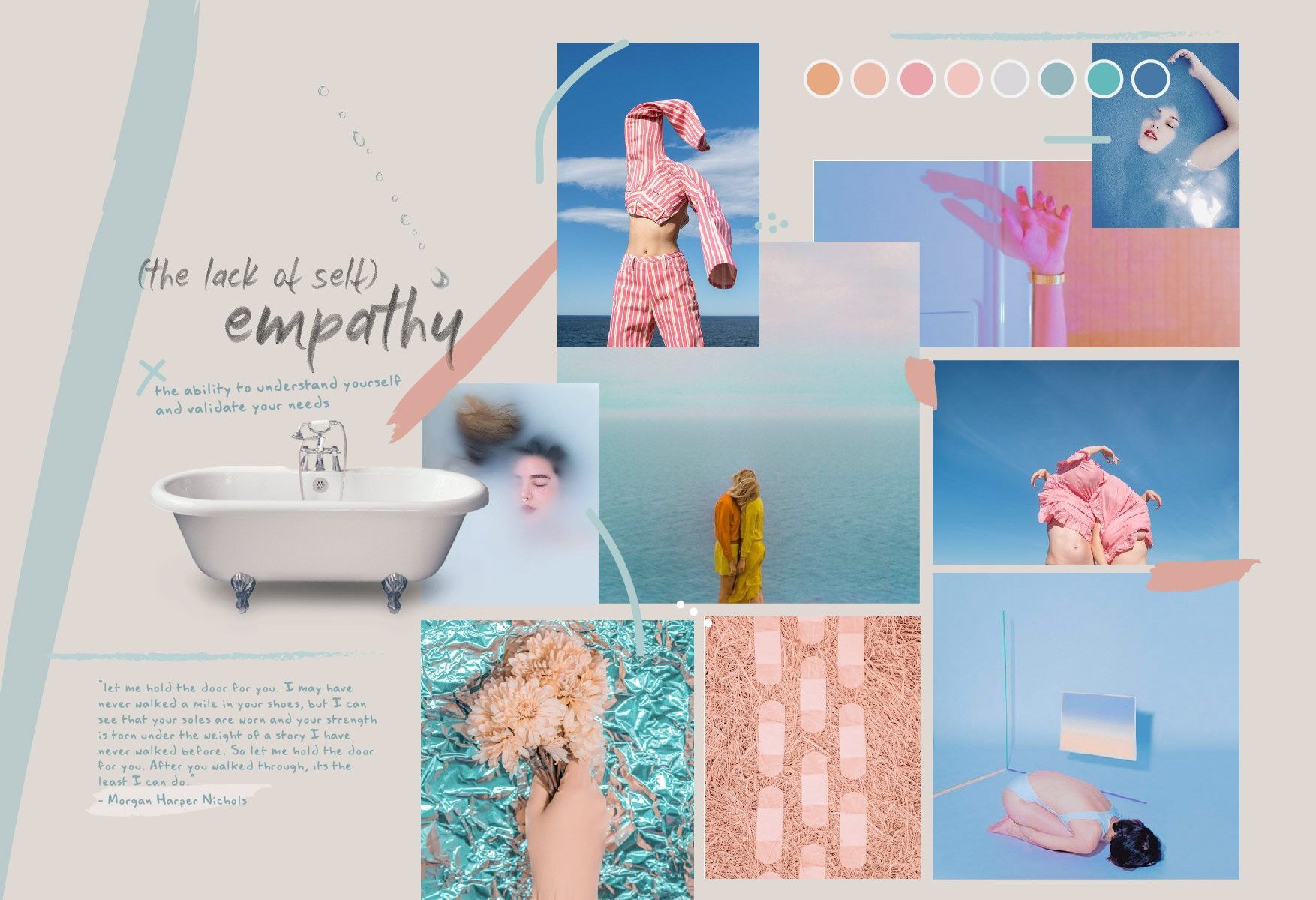 Amongst the 2 other themes, Style and Obsession, I decided to choose Empathy as I thought the illustrations I could come up with might be more personal and relatable. I also wanted to push myself to explore this theme beyond its usual connotations. Thus, my choice of theme is, emapthy.

I started my research by just listing out several things that first come to mind when I thought of the word empathy.

From there I picked out those words that spoke to me more.

After which I realised that I thought there was a little problem with empathy at times. I feel that many people around me fail to put themselves first. They are always empathising with others, but they forget to empathise themselves. In other words they lack of self empathy.

I did further research on articles and found a particular one titled, “How to Avoid the Empathy Trap” 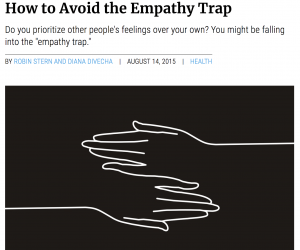 This article spoke to me as I realised that this issue is indeed prevalent in society today. As such, I was excited to start sketching. 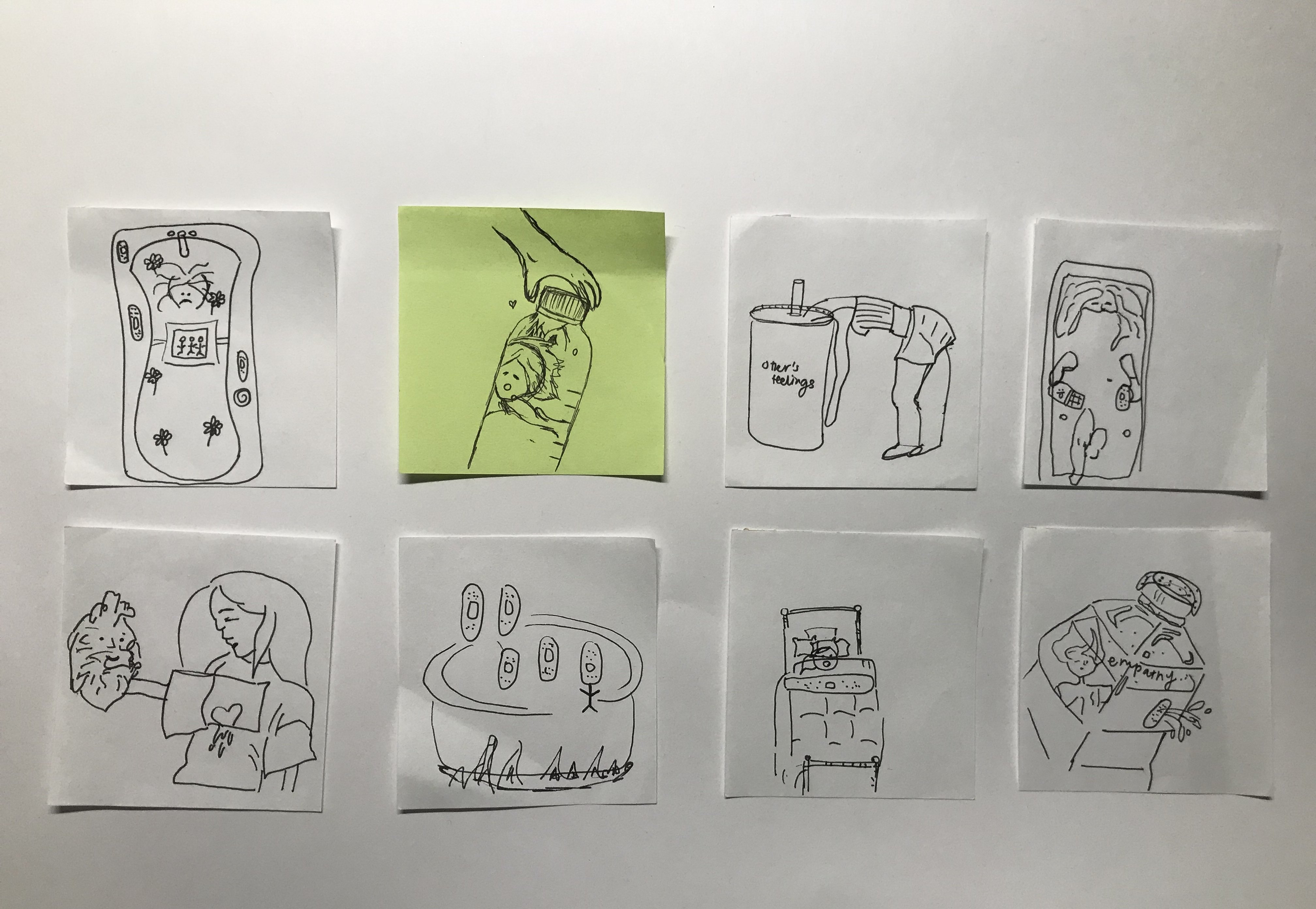 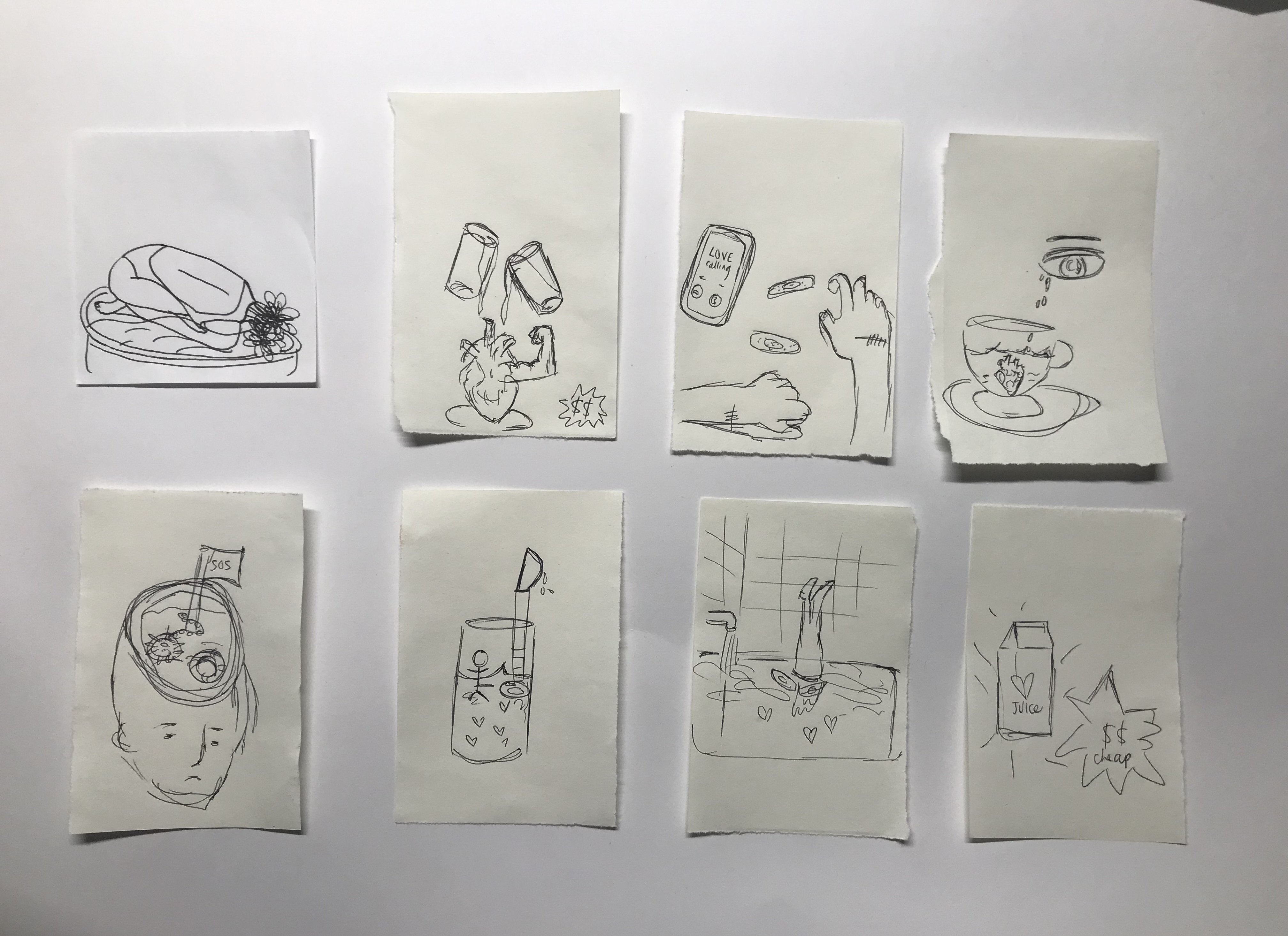 I created a persona that my illustration will speak to and is meant for. 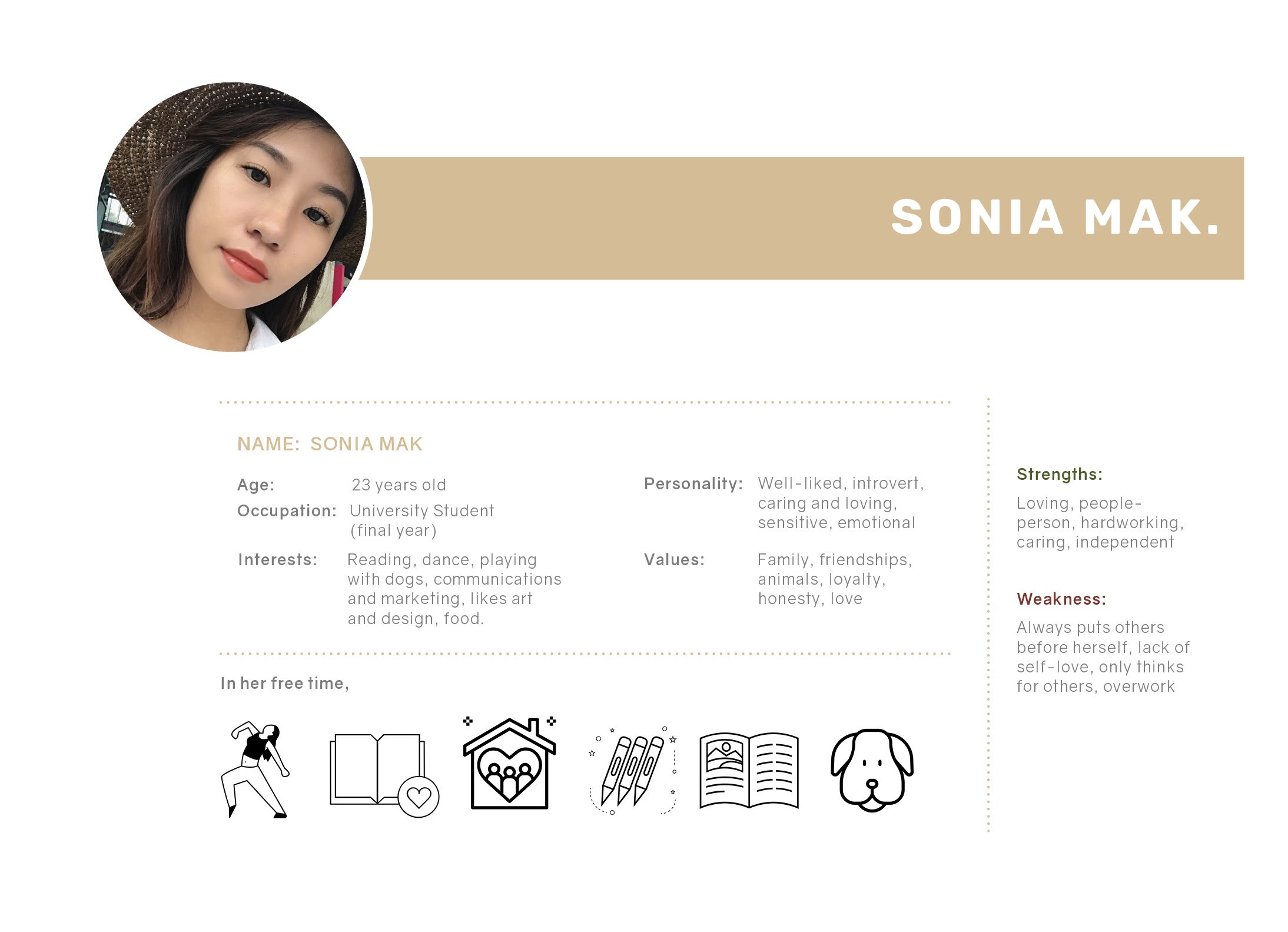 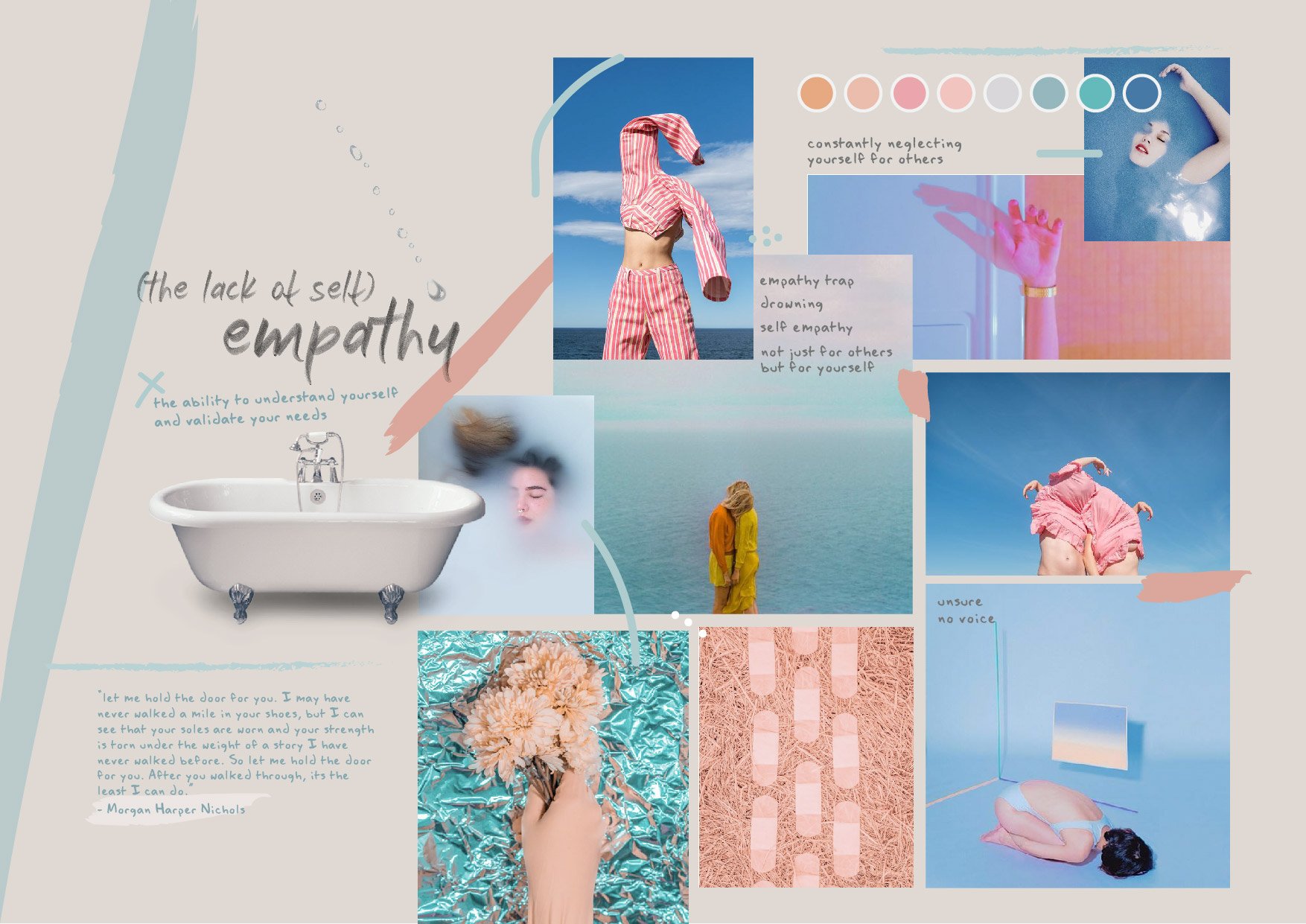 After which, I had to revise the colour scheme slightly to match certain objects in my illustration. 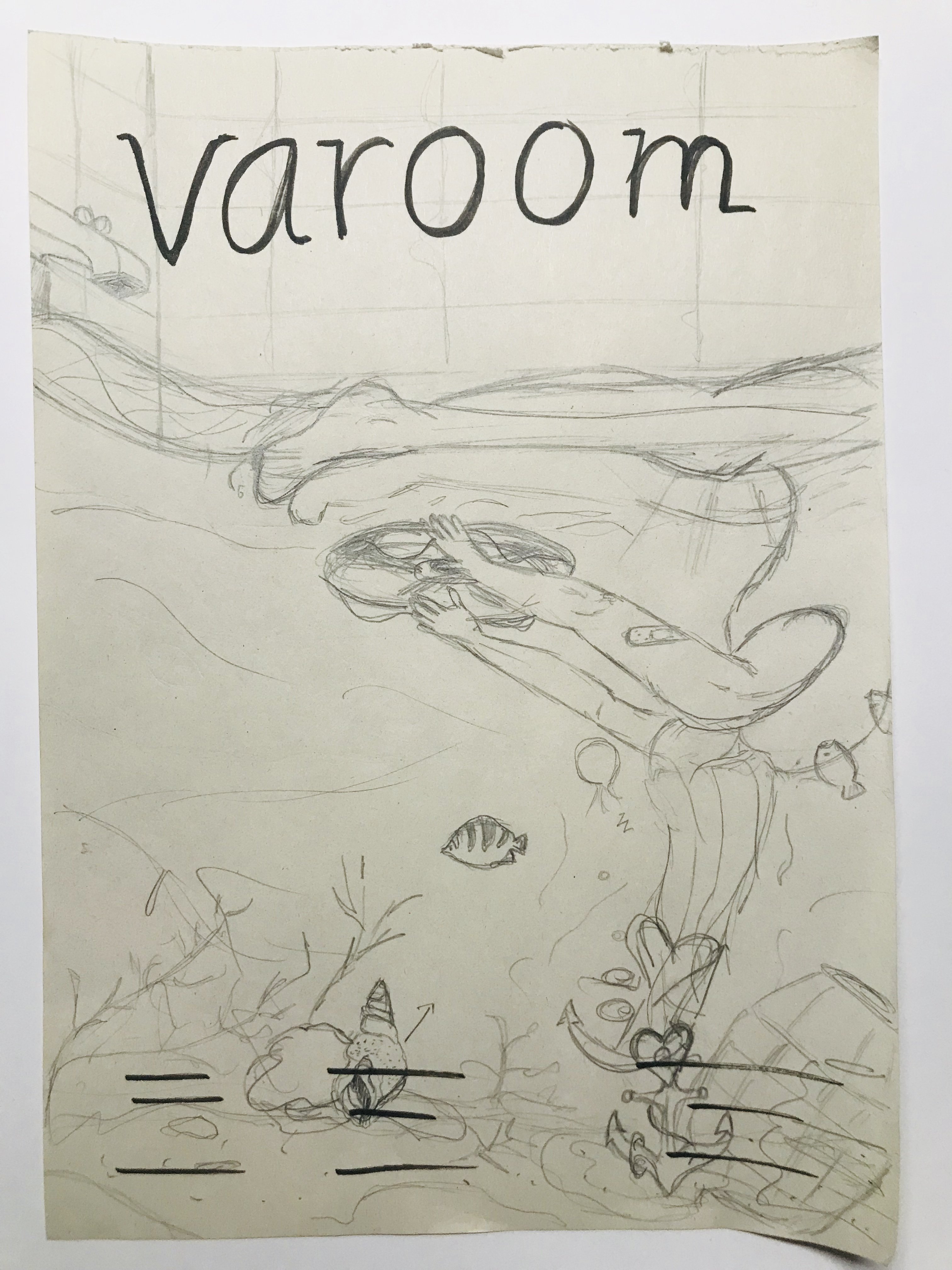 This is a revised version of the first composition seen above. I revised it after gathering feedback from the class. Instead of a human leg sticking out, the human is now submerged in the bathtub. The water in the bathtub expands to a underwater ocean scene, with fishes, etc. The girl’s hair is weighed down or rather entangled with a anchor that represents empathy and the heart. Her hands reaching out to a lifebuoy as she needs help. There is also an angular fish which is dangerous and uses the alluring and trick method, as much as empathy is like.