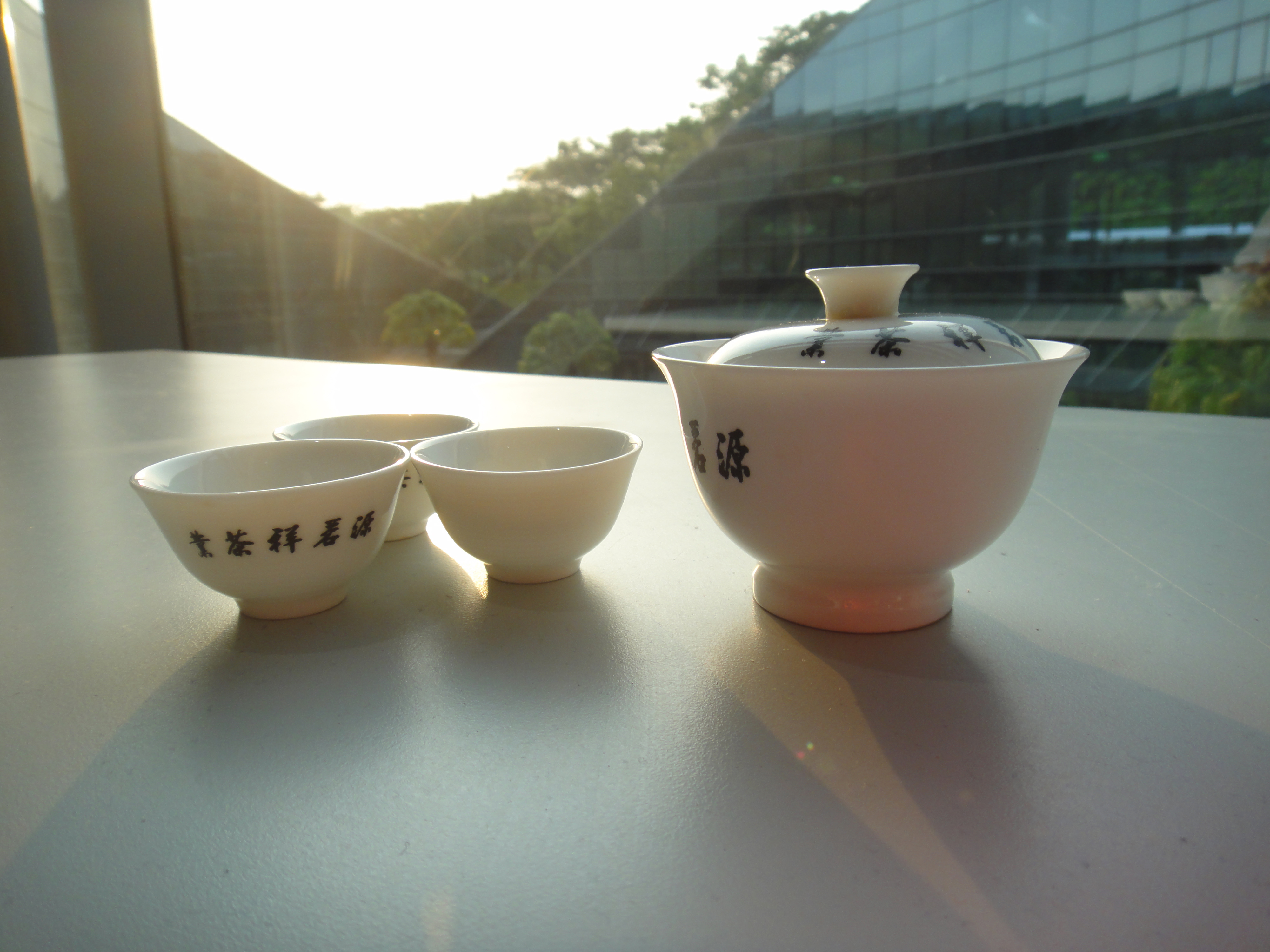 Looking at the project title of ‘Self-portrait with…’, I started to look at my room and there in front of me was everything I owned in this country. I thought of many things that meant a lot to me. They were things that I wouldn’t throw away every time I moved to a new place, which were quite a common thing for a foreign student.

I have a small blanket that I always need to accompany me in bed, which was a habit ever since I was a little kid. My parents were too busy to be around me and it sort of gave me a feeling of warmth and sense of security. There was also my tablet, my paper and pens and earpieces that I treasured a lot. It was not easy to choose among them. However, after reading The Things that matter, I stopped and stared at the tea cups right in front of me. The photos are meant to share something about me, and honestly speaking I am the kind of people who really enjoy or say need spending some quite time alone. All of the sudden, I found my objects.

Drinking tea is basically what I do everyday. When I have more time, I will definitely sit down and make tea using my Chinese tea set. Even in a busy day, I won’t give up enjoying a nice cup of tea to start my day.Therefore, I started to take photos of my tea set. This was one of the many similar photos I took. Three tea cups and a teapot were placed in a wooden texture background at different angles. I was trying to create the atmosphere of nostalgia by arranging the lines to vanish at the end of the photo. The effect of vignette at the four corners to led the focus to the tea set. I moved on to take more photos. This one was a photo I thought looked quite interesting. A forced perspective was there and it looked kind of like a fruit. Yet the cups and teapot were empty, which was the opposite of the concept of ‘harvest’. This was me trying to capture the emptiness I felt sometimes when I was drinking tea alone. However, I found it hard to express and  on the other hand, I felt that it was not what I wanted to tell about tea and me. So I went out of the room with my tea set contained in this small and exquisite bag. I really liked the details and colors of it. Searching for good lightning, I took several photos of it on all kinds of places. But as pointed out by Prof, they appeared to be photos with nice composition carefully thought of, yet lacking a certain emotion or atmosphere. These two photos were taken at places that weren’t that ordinary to have tea at. My initial intention was just to take photos of them with natural lightning and with certain depth in the space. However, after discussion with Prof, I decided to take photos that are bolder. All of the photos I took were too quite in the sense that they didn’t say much about the relationship between tea and me. Maybe what people can only see was just a nice Chines tea set, end of story.

Therefore, I decided to take photos of me drinking tea instead of just the tea set appearing in the them. In this way, I would be able to act in my expression or gesture to show how I feel about drinking tea. With the help of my friend, I took lots of photos of me drinking tea at all kinds of places. The idea of this was to firstly draw attention of the audience. And then they may know that I really loved drinking tea because I was doing it everywhere. All the different places indicate that this is part of my daily life routine. I tried my best to appear calm and relaxed in all the shots. To be honest, that was not easy as I was new at this and not to mention I was even sitting on the ground of the car park drinking tea with all the people passing by and staring. Among many photos I liked a photo of me holding an umbrella drinking tea in an open space, and unfortunately it was not really raining. However, I wished to avoid over-editing of the images and I picked seven photos out from them to proceed with further color adjustment. The photos were carefully chosen based on mostly whether I conveyed the emotions and then they were cropped according to preference of composition. Below was a small part of the exploration I went through to achieve one specific photo with the right information I was trying to express.