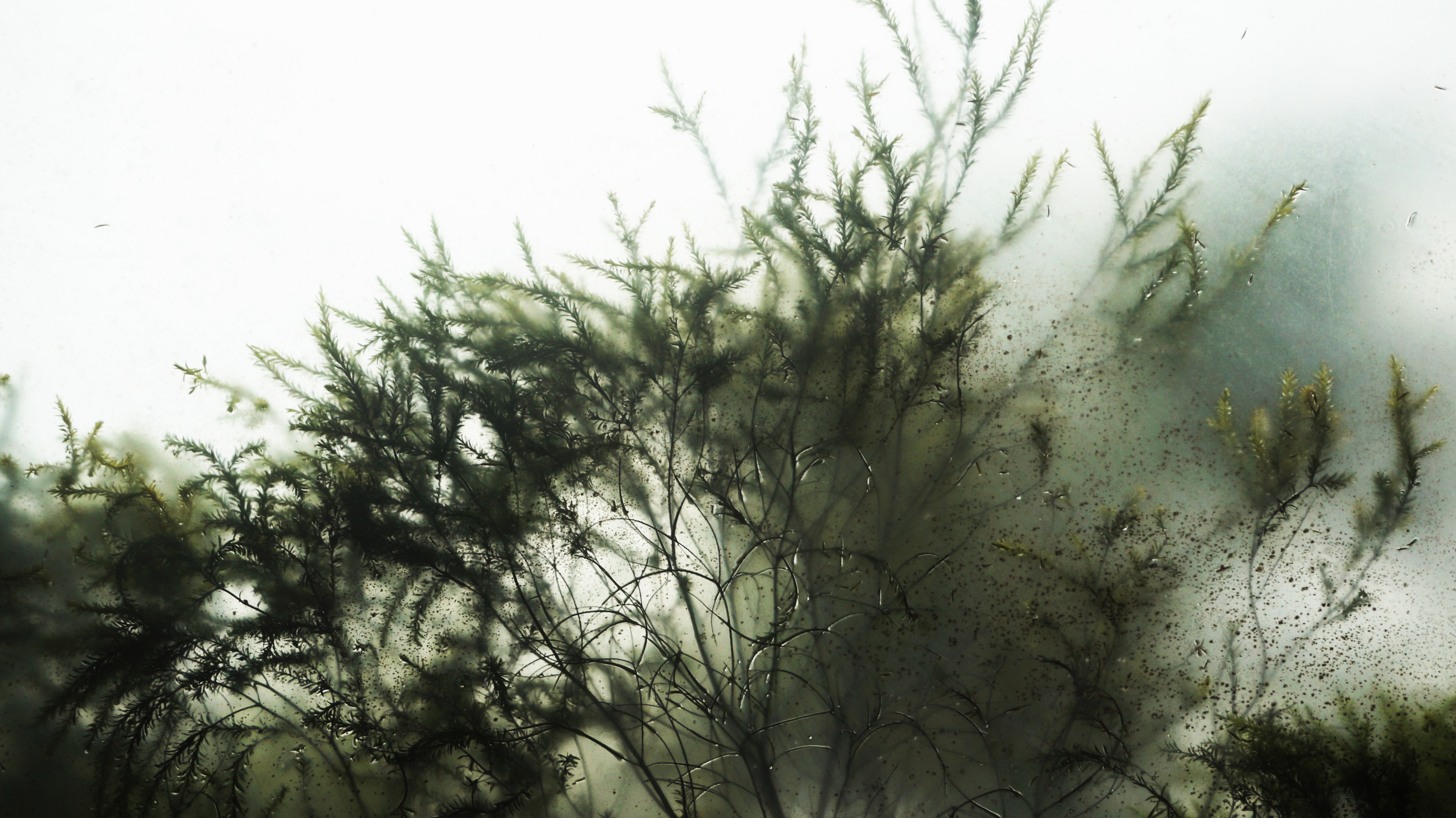 This is my final idea.

Sometimes I just feel depressed and it gets worse if I continue to stay indoor especially when no one else is around to talk to.

Feeling tired from stuffs in life, I would tend to stare at random things and it is kind of blank in my brain. Those sounds from all ordinary objects suddenly seem clearer and louder, yet repeated in a rather dull way. Everything seems so quiet, but my emotion could be changing rapidly and sometimes I become emotional on small unimportant things.

This is when I know that I need to talk a walk and relax, preferably somewhere different. A change of place, change of mood, I suppose. Therefore, this is a journey of escape from depression. Is it a dramatic one or a peaceful one? Will find out more in the final video.

Media: I chose to use still images instead of videos for several reasons. But mostly because I feel more comfortable with arranging images than videos. Videos seem more dynamic and vivid but I also love the pause of moment created by the still images. It leaves more for the viewers’ imagination.

Progress: So far I manage to arrange the images in the order I prefer and scale them into the appropriate sizes. Also I add some sounds into the beginning of the video as well as trying out some simple effects. Still, there are adjustment of the images, more sounds and probably  captions(or voice-over?) to be added.

Thank you for watching! And I would appreciate it if you leave you comments!

e.g. Is it moving at too slow or too past pace? 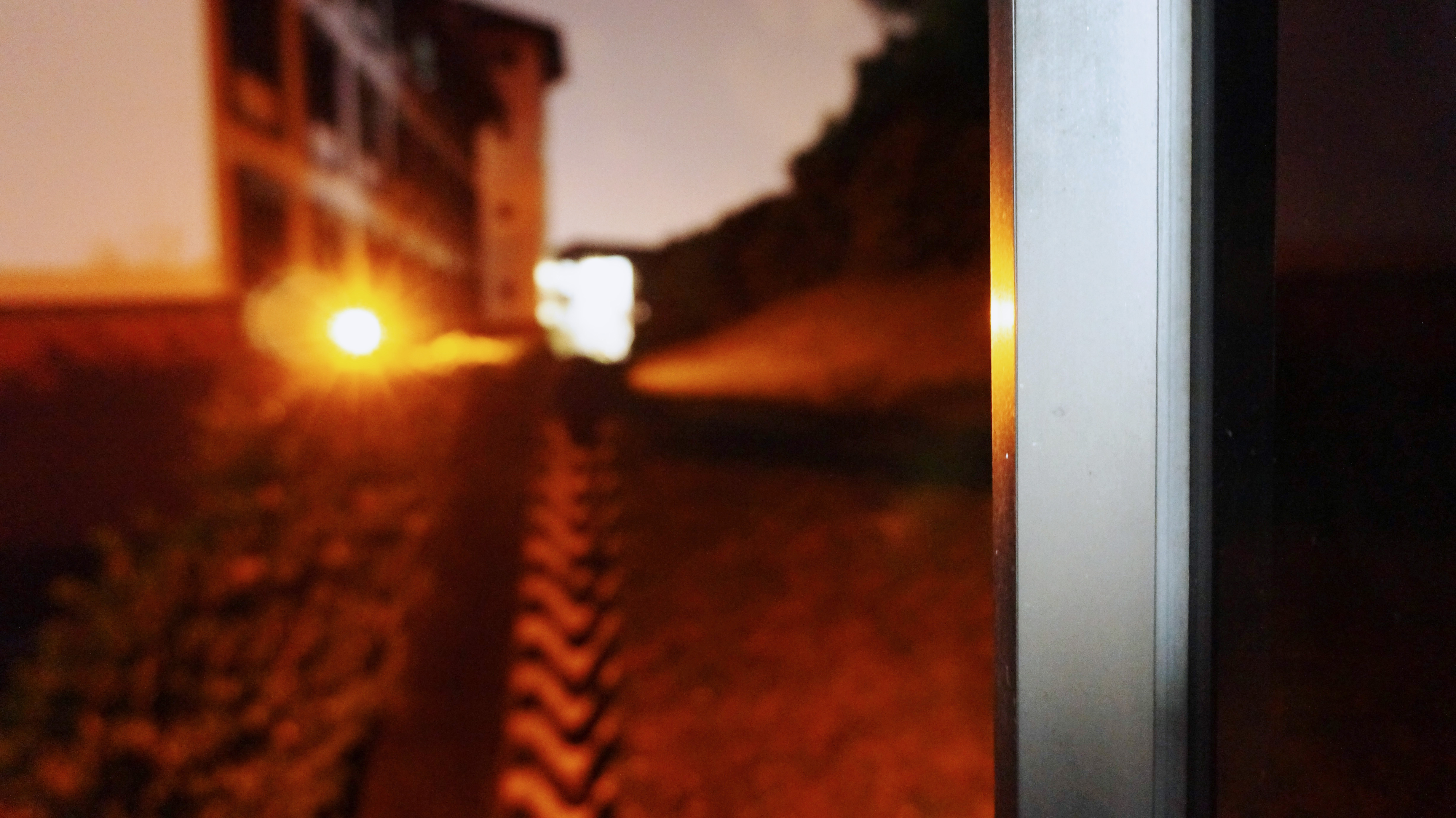 When I looked out of my window, I was so amazed by the orange light and reflection on the window frame. When the focus was on the frame, the light turned blur and the drain ditch somehow reminded me of a train track. So I took my camera and walked outside to explore. The lights turn out to be fascinating when they were out of focus. With contrast of the darkness, the orange color seemed more warm and cozy. I also loved the light in between the tree leaves.

Besides taking photos, I did some Photoshop editing to explore on colors and contrast as well. Different exposures bring certain different emotions toward the image. When it was desaturated, we tend to pay more attention on the contrast of the brightness than the colors of the objects themselves.

Another idea of taking photos/videos of an small object/figure in the nature as it is taking an adventure also hit me the other day. I kind of like the idea but didn’t think of an ideal thing to represent the hero. 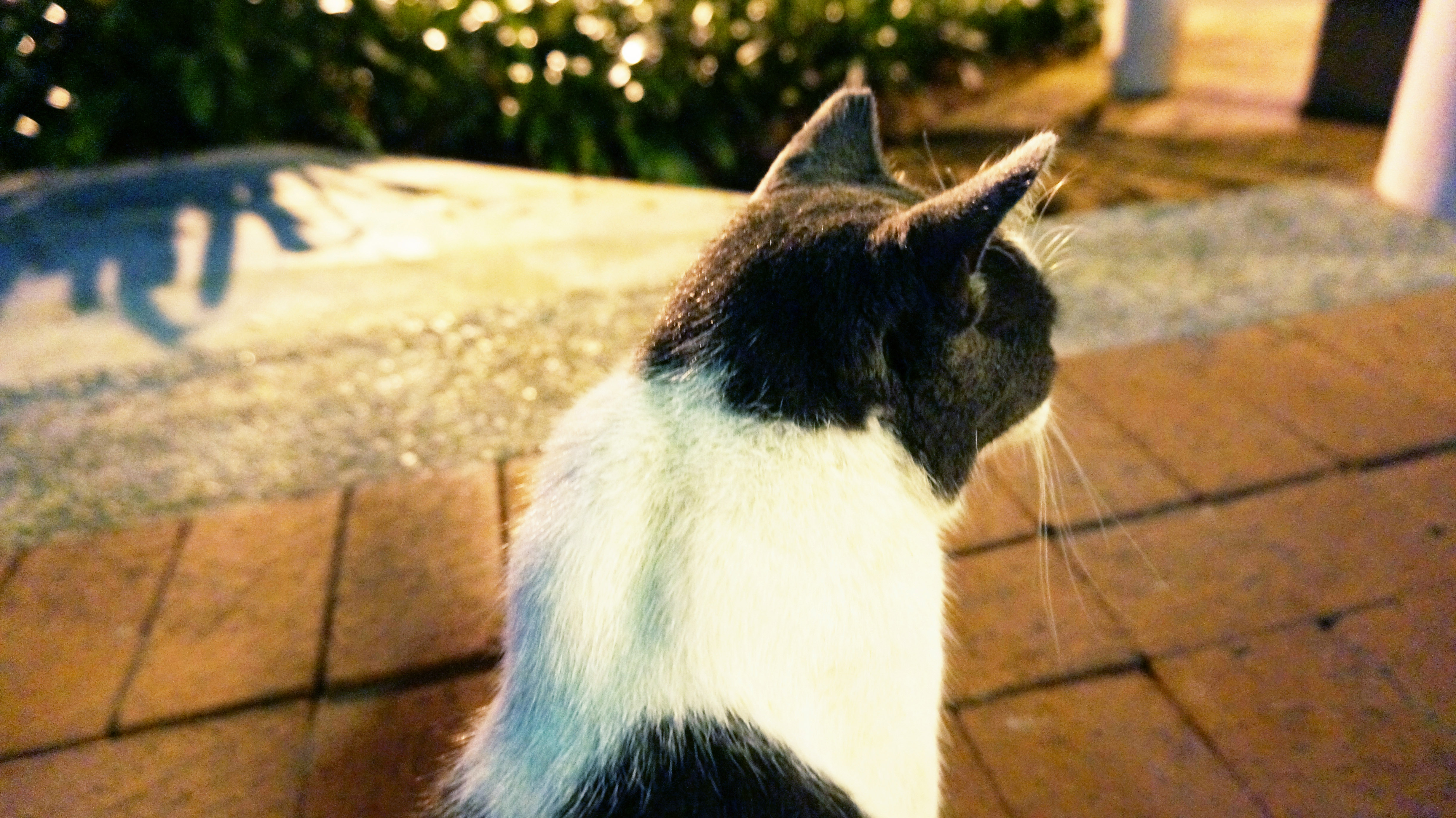 The initial idea of taking photos of the cats came from a question of where did the cats go and what did they do at nights. As a volunteer cat feeder, I had the chance of getting close to the cats. Even though the cats stay in a certain area as their territory, there are actually many interaction among them, which often surprises us.

However, it was not easy to know when and where exactly the cats were going on ‘adventure’. Even if I saw something interesting and unusual going on, I failed to capture the moments as they really ran very fast…… More often I got the photos of their cozy life downstairs campus halls.

All these cats are so different, as I approach them and get to know them more. This turned out to be more like a journey of me getting closer to these cats instead of the journey of the cats themselves.

This is Milky. She loves to lie around on the ground or beneath the cars. She gets distracted so easy when we are feeding her and we always end up ‘begging’ her to eat. Otherwise, she will look at you with her innocent eyes, asking for more food when you just distribute all the cans. This is Charlie. She has FLV and sadly no teeth to chew the food. Only smashed can food can be given to her and she always runs towards us when we call her. She is just like a little kid when she kneads on my legs as I sit down near her. Meet Zero the younger black cat! He loves to rub his head against our legs and when we feed him. In this photo, I found it quite funny that he put his tail in the cracks on the ground. This is Youth. He is picky about his can food. As we were told, he doesn’t like Satin, but sometimes he seems like he enjoys it. And he eats really a lot! He always appear in dark places and we only see him at night so it was actually not easy to take photo of him. This is another black cat called Champion. She was in a fight or incident once and therefore there were wounds on her ears. She is always very alerted and stops eating and even runs away when she hears sounds of cars or big group of people. I also discovered that she moves around in a bigger area than others. One time I saw her chasing after Youth and I took this photo before she ran fast.