I try to narrow down the statement as suggested. There might be some changes in phrasing but here is what I have gotten so far.

Ancient Chinese tombs are valuable historic evidence of the life in the past.  The belief in afterlife prompted the royal family to build tombs as their palaces in another life. Thus, all sorts of objects, animals and even human beings were buried with their owners as to provide a comfortable afterlife. Among them, bronzes were commonly found in various types. Chinese bronzes dates back from the late Neolithic era, matured in late Shang dynasty, till the Tang dynasty and it is called the Bronze Age due to its advanced & sophisticated standard. The bronzes served multiple purposes back then and reflect various aspects of the society. The bronzes from early to late Shang dynasty changed in types, technique, design and etc. This indicates how development impacts on bronzes as well as how the design decisions were made more intentionally. 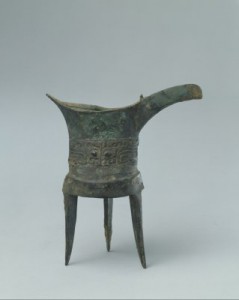 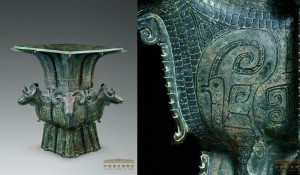 The technology improved enabled the possibility of changes of the bronzes. Image on the left is a bronze vessel with beast face pattern from the early Shang. It is a ritual wine ware called ‘Jue’ in Chinese. It has a pointy spout, a long extruded handle and it stands on three tall thin legs. On the right there are the famous square vessel with four rams from late Shang(1300-1046 BC) and the close-up of the patterns. It was also a ritual wine ware and it is the largest square vessel intact.

Firstly, the Jue has a very rough & simple shape compared with the elegant & complicated square vessel with four extruding rams. While the Jue has only plain beast pattern on the body, the square vessel has intricate patterns from top to the bottom of the vessel. One leg of the Jue is perpendicular to the body due to premature of the casting techniques. The technique was fully developed when they cast the square vessel. The rams and dragons were first cast and then the entire vessel was made with highly intricate patterns.