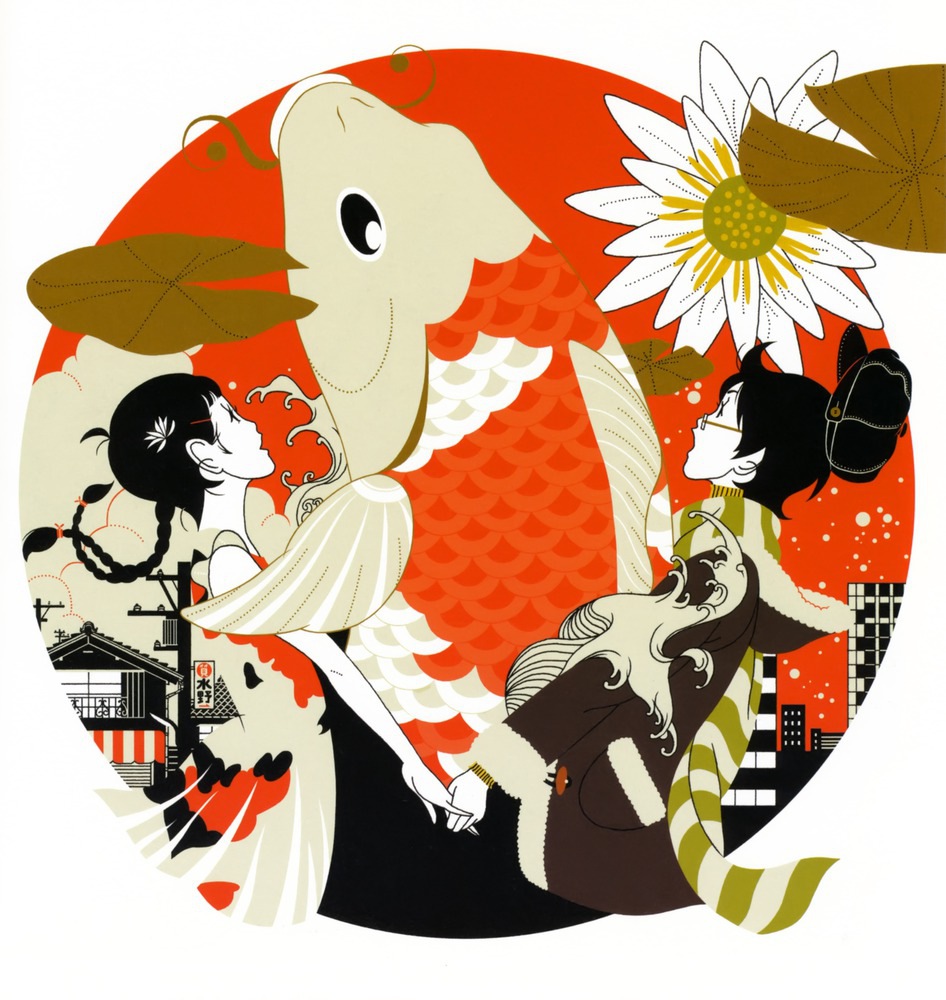 I have always liked the artwork by Japaneses artist named Nakamura Yusuke. He was a graphic artist. Nakamura’s art has been featured along with various other forms of media. And probably most known for his designs for Tomihiko Morimi‘s The Tatami Galaxy and Yoru wa Mijikashi Arukeyo Otome.

Above is a screenshot of some of his artwork. As you can see there are the clean, simple but fine line work and very bold use of colors. He uses mostly solid colors instead of gradients and many of his illustrations are black&white line work against saturated colors. I have always admired his style since he did all the album covers for the band called asian kungfu generation. Below is a screenshot of the google search result for AKG album. He did a tremendous amount of art work that he became so sophisticated in the ways he played with colors.